Oh, sure, it looks like a Rolls-Royce. It has the upright Parthenon grille, the Spirit of Ecstasy, the general proportions of a classic British luxury car.
But look closer. The grille is indeed a Rolls unit, probably from a Silver Cloud. The rest of it is an Austin A135 Princess DM4 limousine. As with a number of British cars, dating the exact year and even the exact model name is difficult because so few visual changes were made over the production run. These limos were built from 1952 to 1968, yet are exceedingly rare with only 200 made. What did change, was the name. If pre-1957, it's an Austin Princess. If late 1957-1960, it's a Princess IV. If post-1960, it's a Vanden Plas Princess. 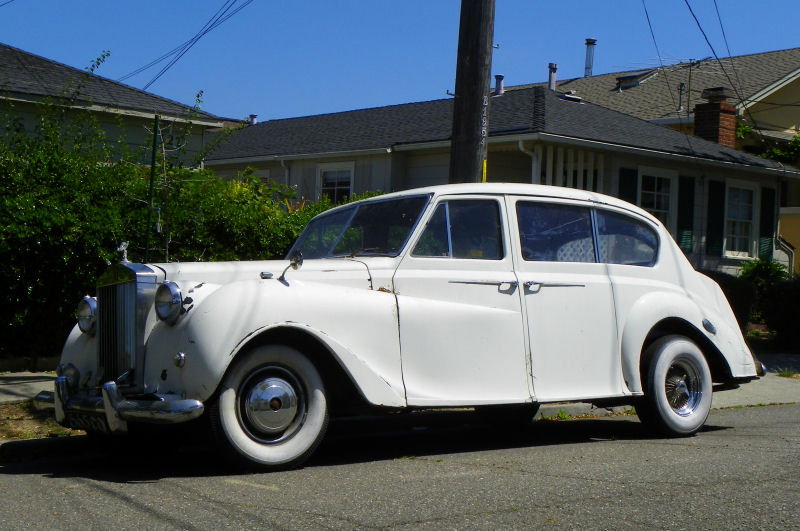 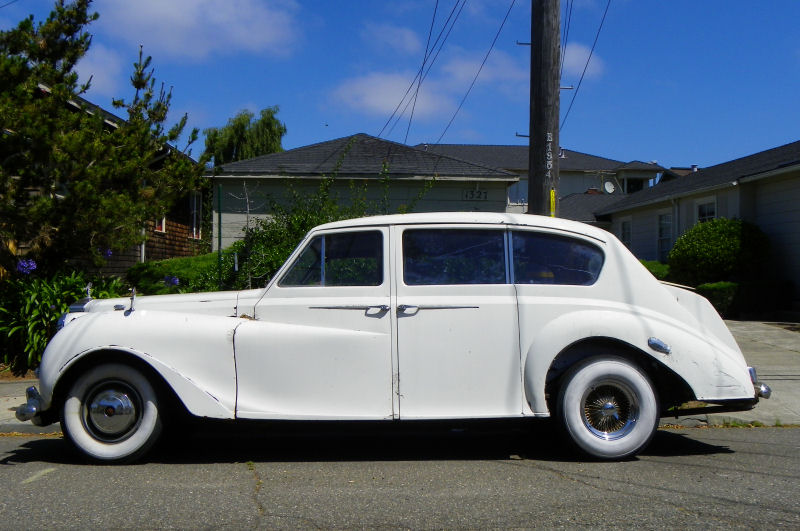 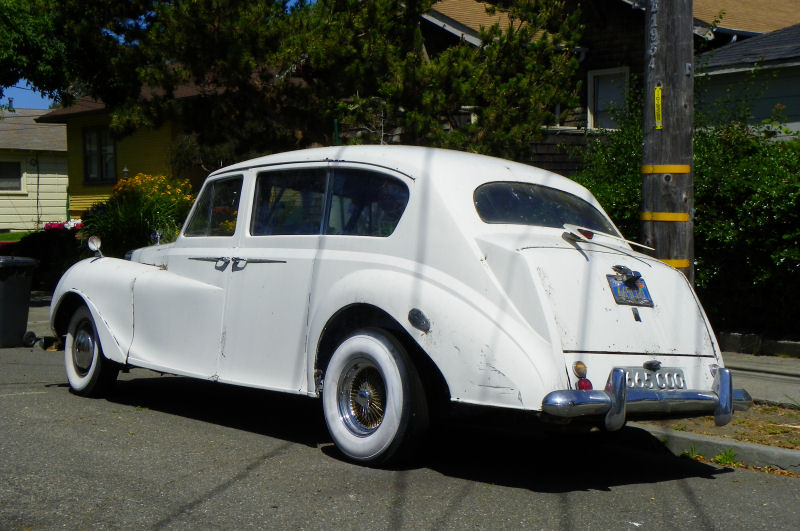 My guess on the model year comes from the license plate. Not being an expert on UK plates I had to search around for information. I found a 1959 Princess limousine online with the six-digit plate 822 MUP, suggesting it's newer than the 665 COO on this car. Assuming that the plates are completely original and that the letter characters serve the same purpose as the letter characters on California license plates, the car might be approximately a 1955 model. But the UK has its own significance for letters, corresponding to the area where the vehicle was first registered. If it follows that strategy the CO indicates the Cardiff area in Wales and the third O is random. Update: RegArchive.com says the original registration came from Essex, northeast of London, but the year is not given. The plates are made by Bluemels Bros. Ltd., which has an interesting story of its own. Bluemels had a whole line of number plates produced with different colors, typefaces and styles. This car appears to have the "Pyramoid" style of 3-1/2" characters in satin silver on a beveled plate. Characters are affixed with small lock washers or waterproof adhesive. If anyone has a more accurate date for the manufacture of this car, by all means please let me know. 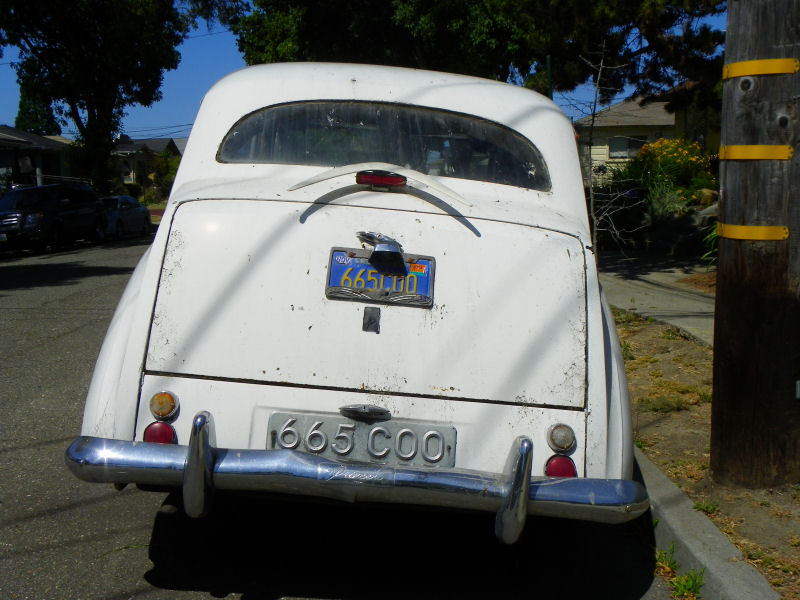 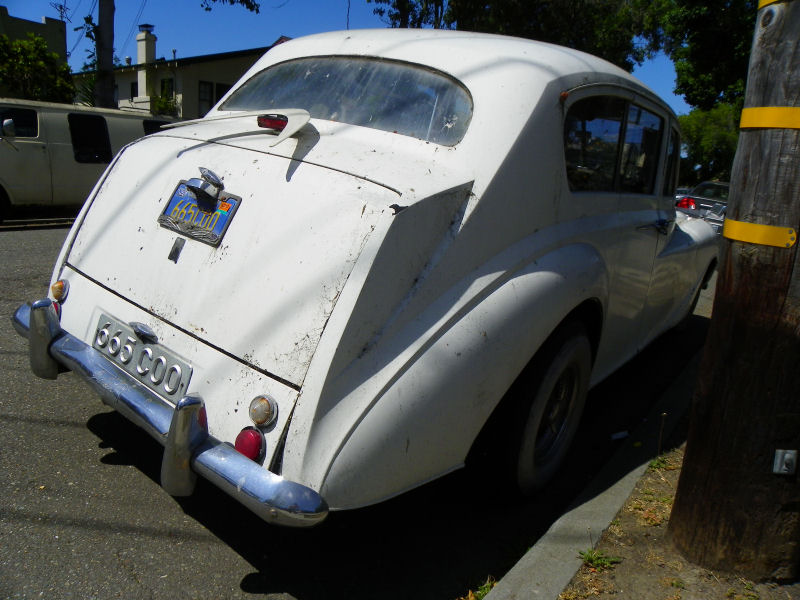 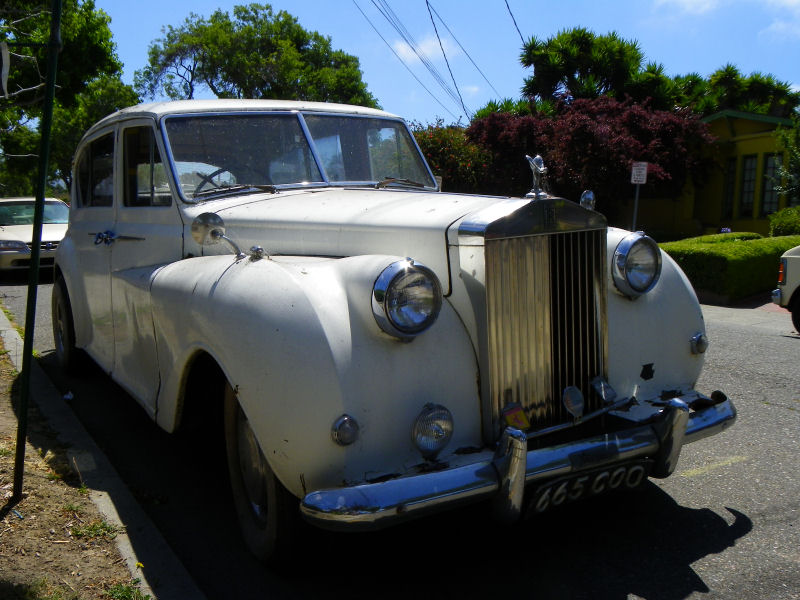 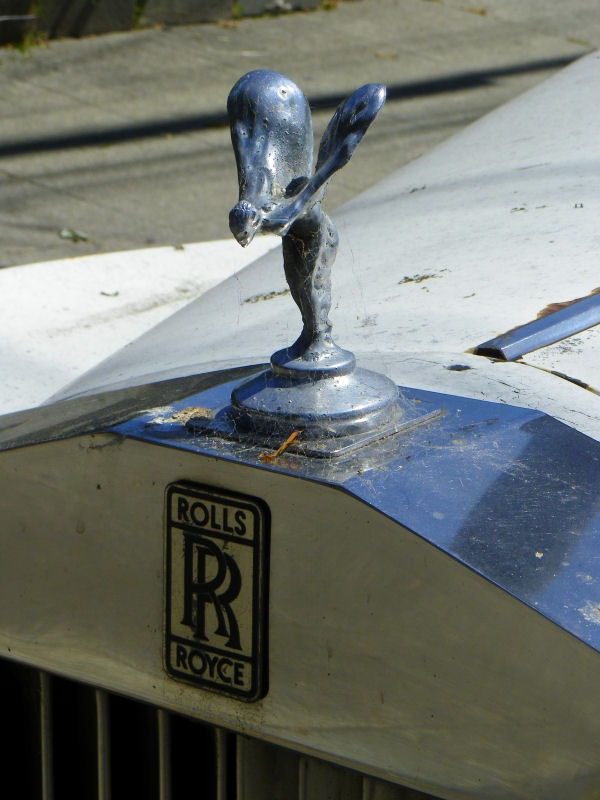 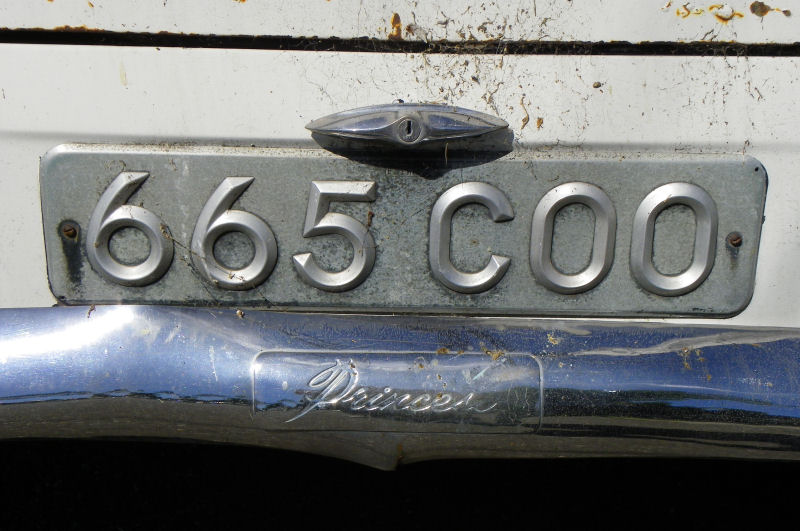 The body on this car is in a sorry state. The rear wheels are all wrong, the fender skirts are gone due to the fat rear tires and several panels and the bumpers are damaged. The once-luxurious back seat area looked like a meth lab. It pains me to see a rare car like this, with no doubt an interesting history, fall into such disrepair. The California plates are from the 1980s and match the original UK plate numbers, so the car might have been imported around that time. Apparently it used to be a common practice, particularly in California, for limo companies to put Rolls-Royce grilles on these cars and market them as a real Rolls for a higher rental fee from unwitting clients. A Princess is typically much cheaper to buy than a Rolls-Royce and companies that rent the real thing look down on the Princess-based imitators with great disdain! Who knows how many happy wedded couples this car might have carried in its day? It needs preservation before it attends its own funeral.

Thanks to Terry Hastings for kindly informing me that this car is somewhere in the 1956-1963 range, identifiable by a thin, chrome C-pillar between the rear doors and the quarter windows.
Posted by Jay Wollenweber at 12:00 AM