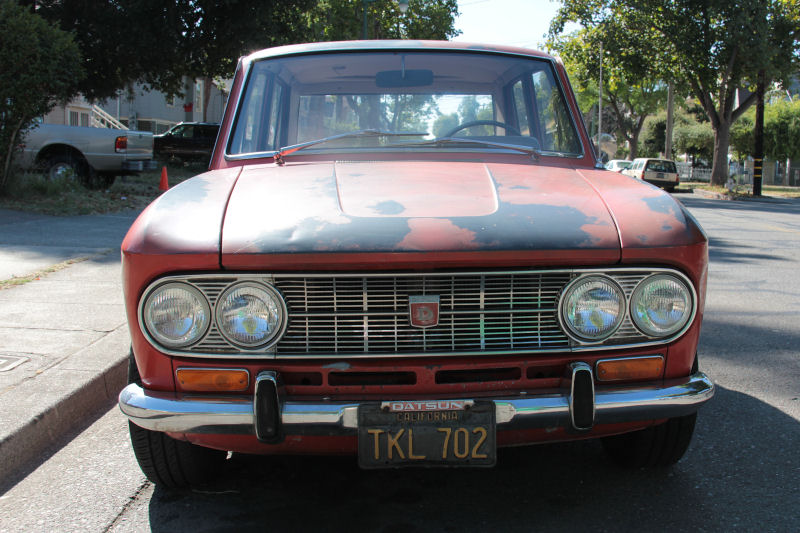 This was one of my most anticipated scores for the blog, at least within the city of Alameda. Everyone knows the Datsun Z-cars, and a fair number are familiar with the Fairlady roadsters, but the early mainstream passenger cars are much less often seen in the United States today. The Datsun Bluebird is a model best known to Americans as the 510, sold from 1968 to 1974. But before that, Datsun was a bit player in the compact market in the US, selling small pickup trucks and dowdy little economy cars. In late 1963 Datsun brought out the Pininfarina-styled 410, a car that made a Datsun sedan a little more interesting to look at in one's driveway. The 411 was added in 1965, which traded the 1.2 liter four-cylinder for a 1.3 liter unit producing 67 horsepower. 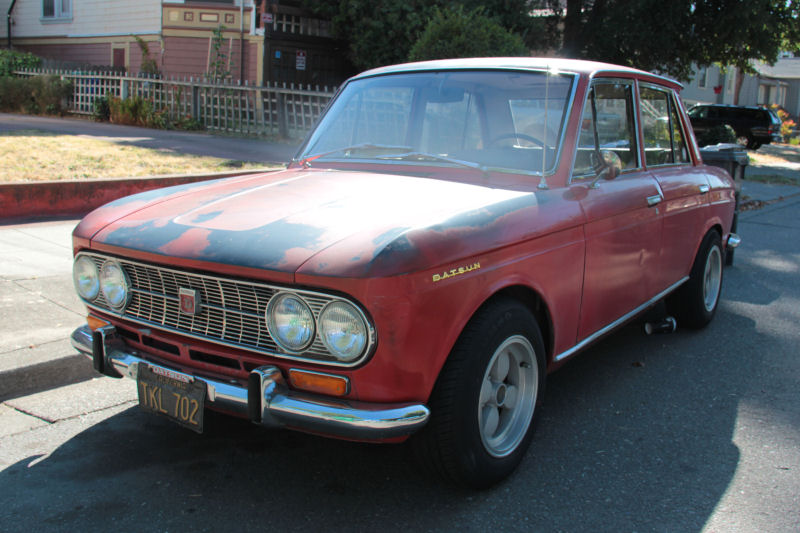 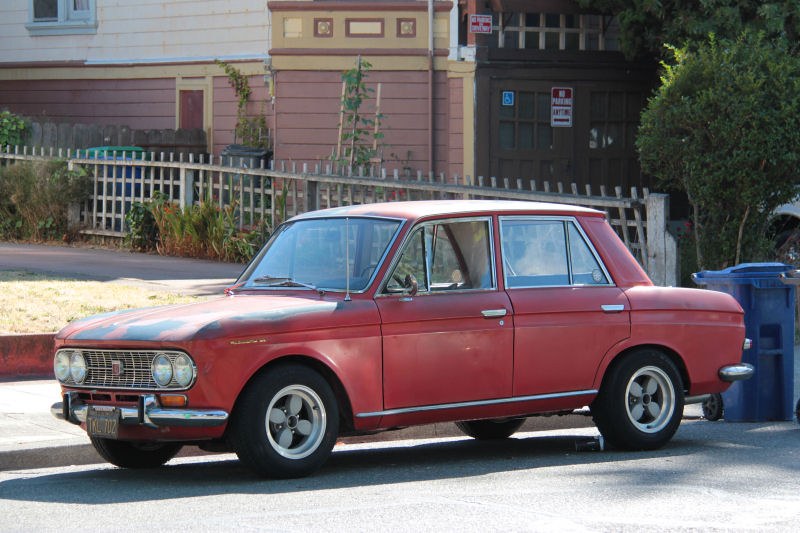 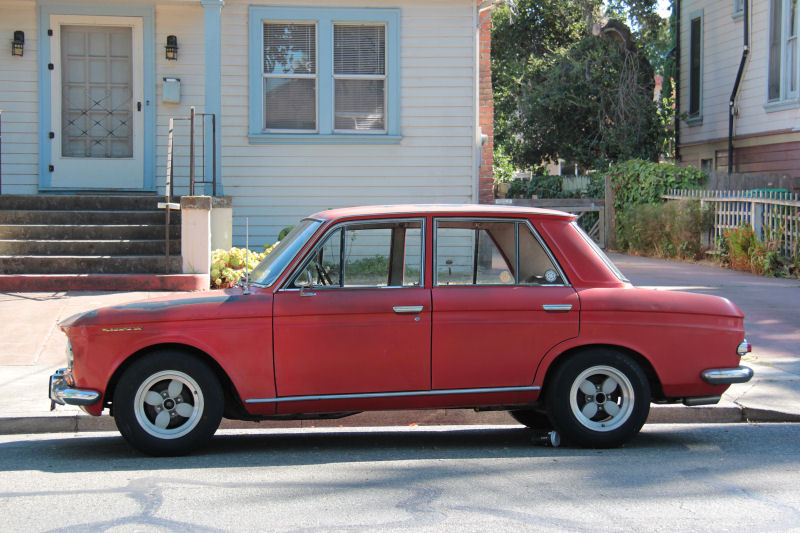 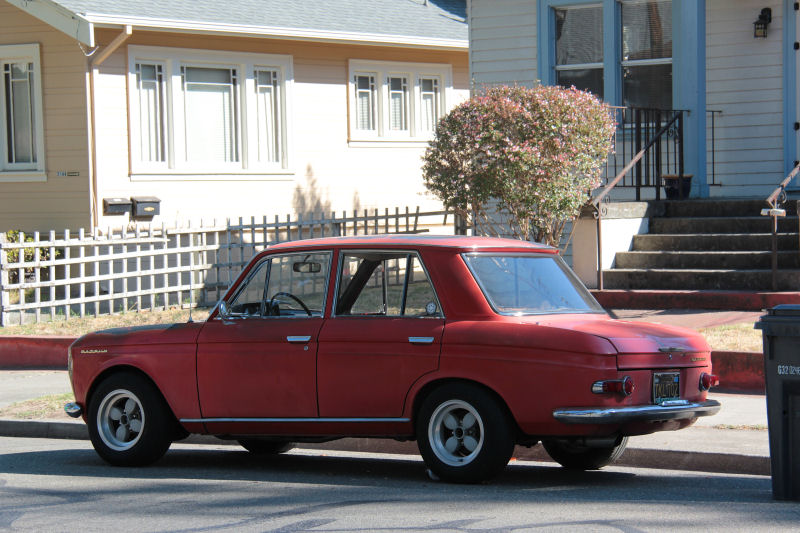 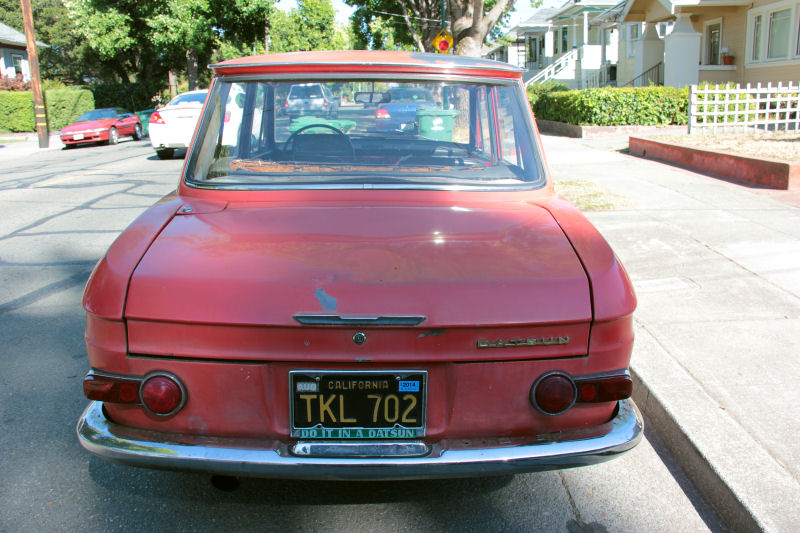 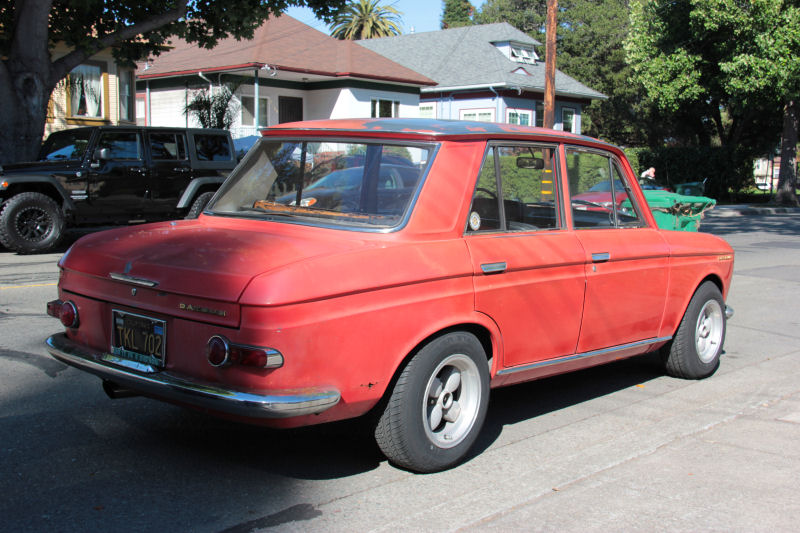 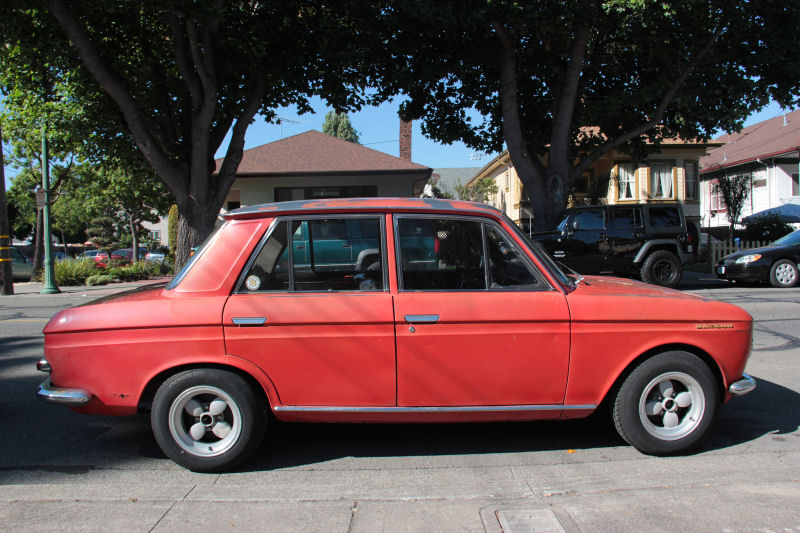 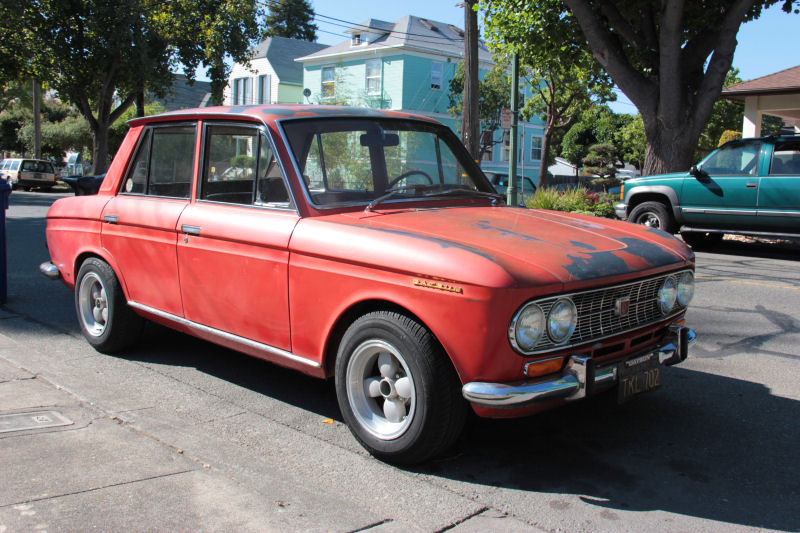 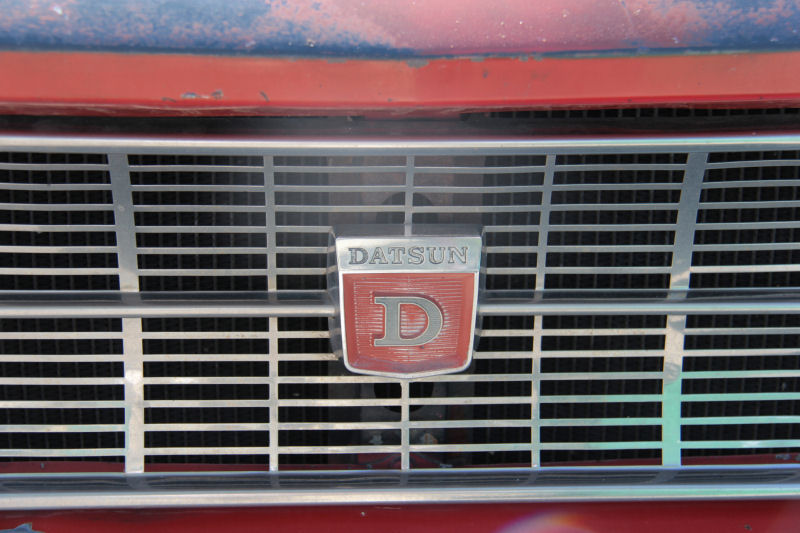 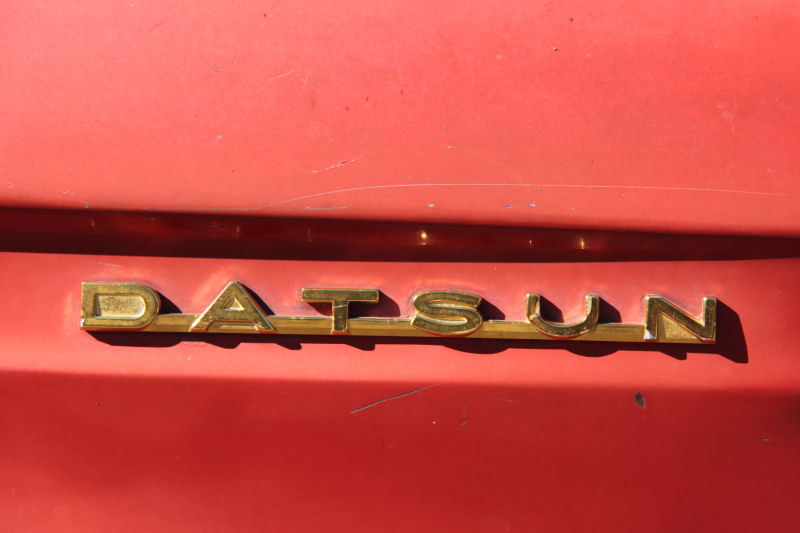 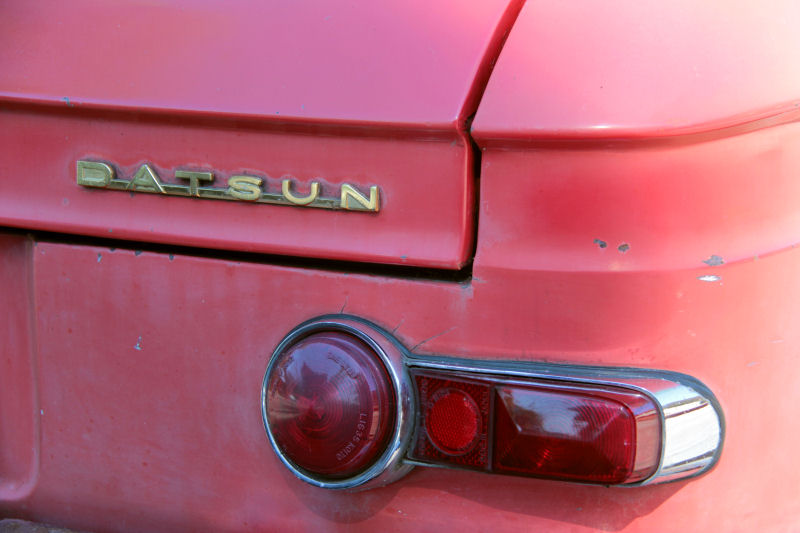 This one is a survivor, wearing what's left of its original red paint and documented as a local Bay Area black-plate car since new. It rolls on "Libre" four-spoke wheels by American Racing (or a decent copy), probably 13" diameter. It was featured on BringATrailer in 2009 and I'm heartened to see it pretty much complete and unmolested. It's a sweet little ride.
Posted by Jay Wollenweber at 12:00 AM