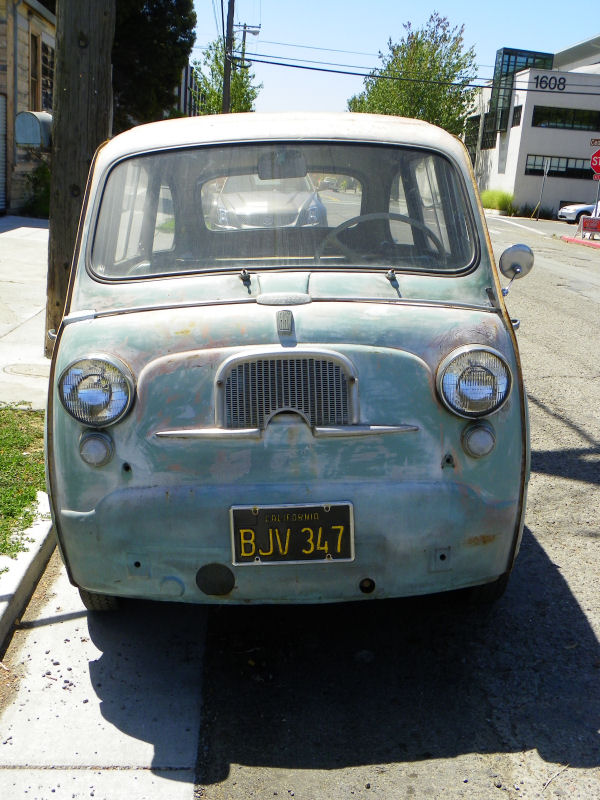 Can we all agree that specialized repair shops are awesome? One hidden gem in the odd, anti-car People's Republic of Berkeley is an unassuming little corrugated aluminum building with no sign, located next to a creepy-looking old house with the word "eternal" painted on it. This is Conrad Stevenson Restorations, a treasure trove for lovers of vintage Alfa Romeos, Fiats and the occasional classic Ferrari or Lancia. This is a man who builds race cars and races them, too, whether it's for the 24 Hours of LeMons or the Monterey Historics. But he has an eye for the unusual as well. Naturally, he has a Fiat 600 Multipla. Scratch that, he has at least two. 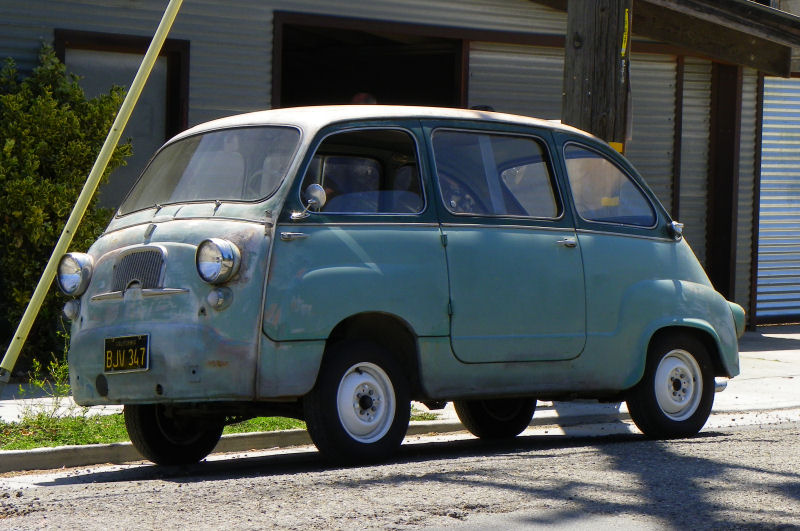 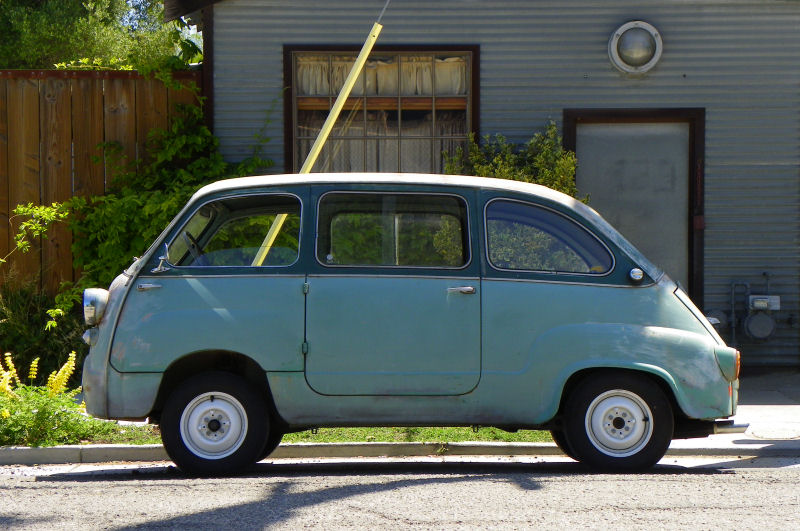 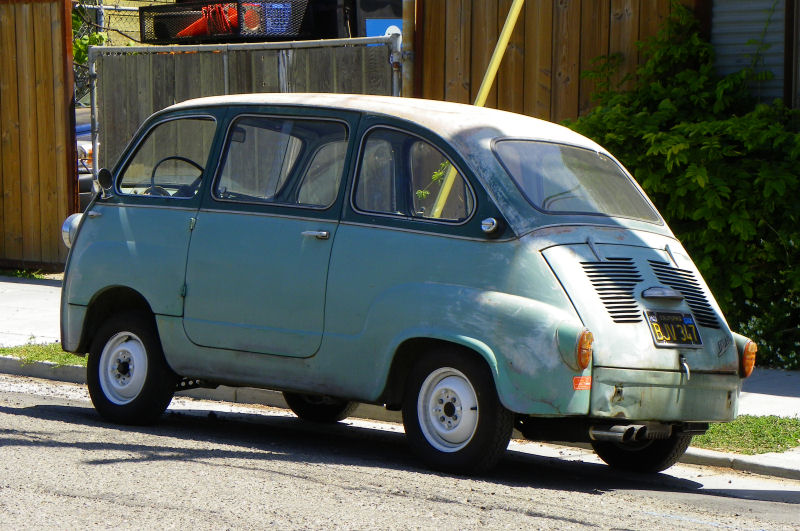 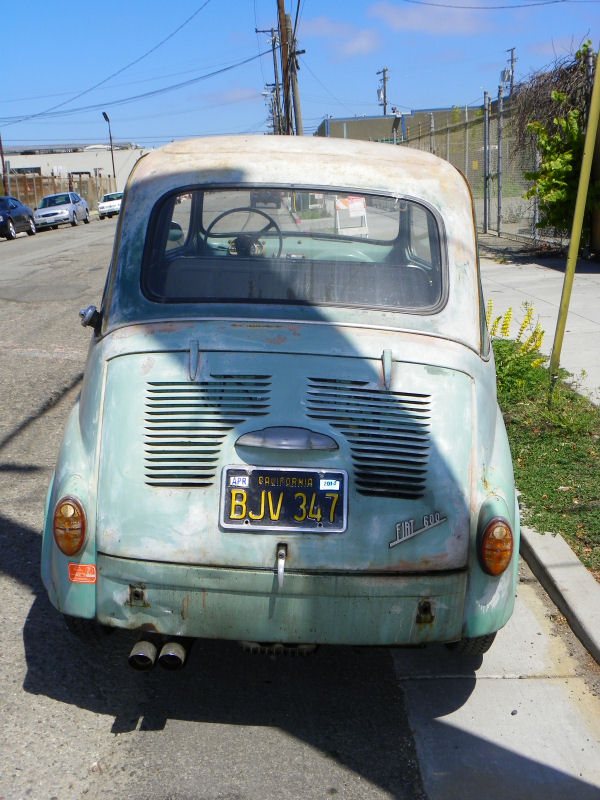 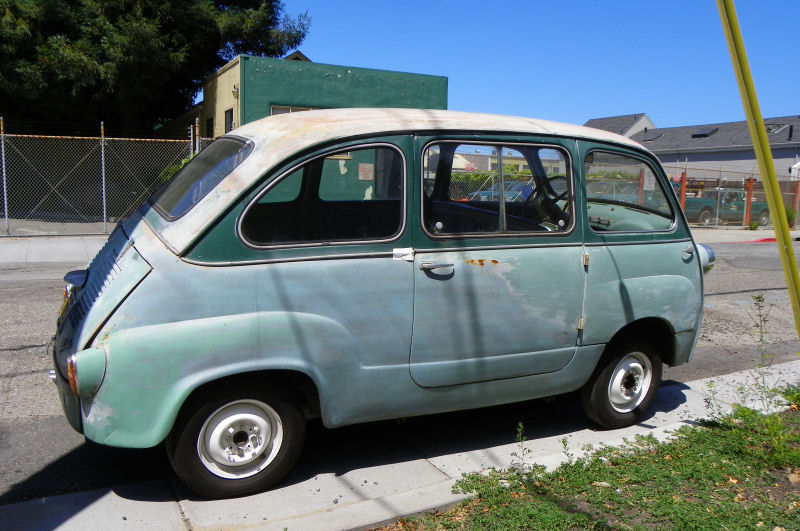 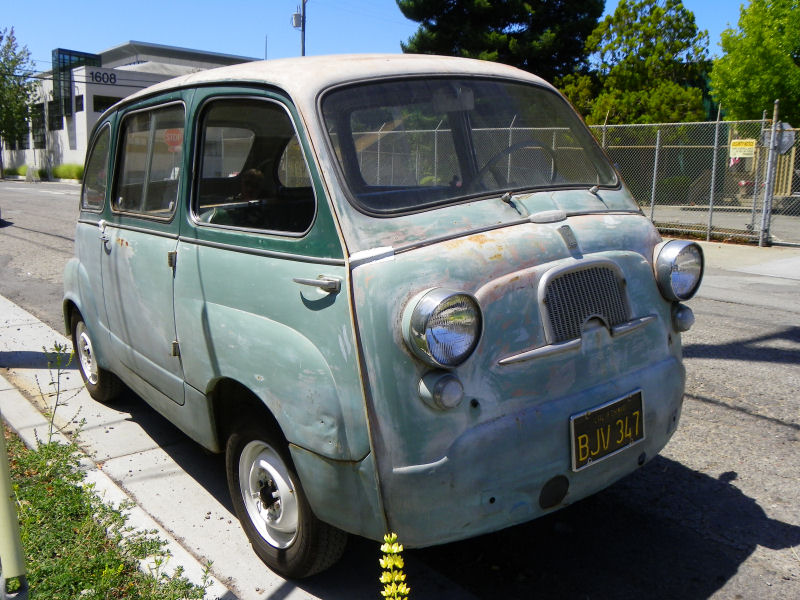 The Multipla is a strange car with a history that makes it difficult to date accurately without a ridiculous level of knowledge of them. It was a six-passenger car based on the rear-engined 600 two-door sedan, built with a "one box" shape that puts it somewhere between station wagon and minivan, with a bit of bubble car thrown in. The Multipla was built between 1956 and 1969 with few visual changes. The biggest clue I noticed on this example was the taillight design, which was changed to a larger piece shared with the regular 600s in 1958. This car has the early taillights, making it a 1957 at the latest. The '56 cars had oval-shaped front signal lights on the corners whereas this car has round ones below the headlamps. Another clue is the two knobs in the center of the dashboard, instead of located more to the left side near the driver. This car is a North American-market model instead of a European one, going by the English-language water temperature and fuel gauges on either side of the speedometer. Some cars had an oil gauge instead of the water gauge. This car wears early 1963 license plates, though I've also seen a picture of it on Google with very recent plates. 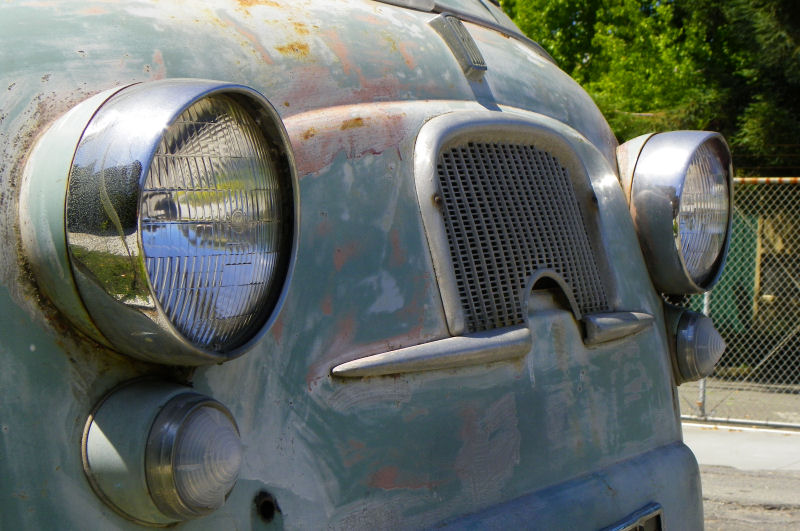 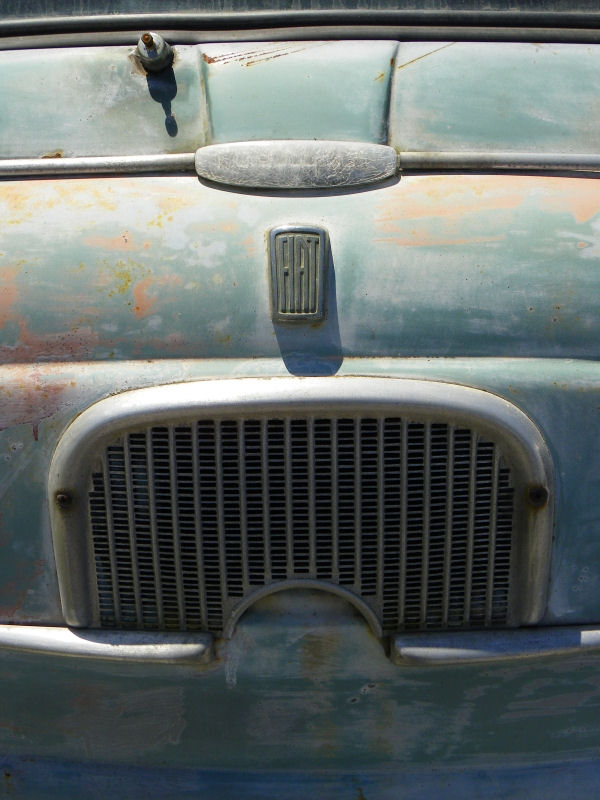 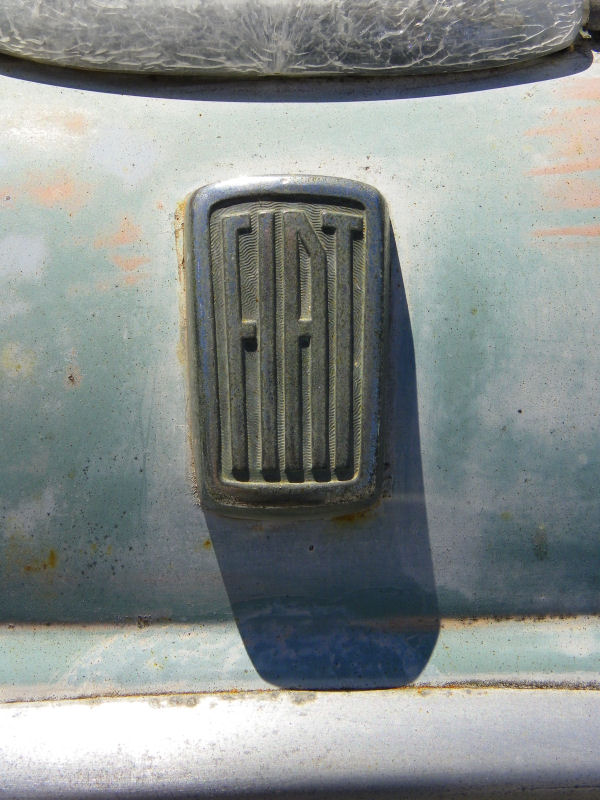 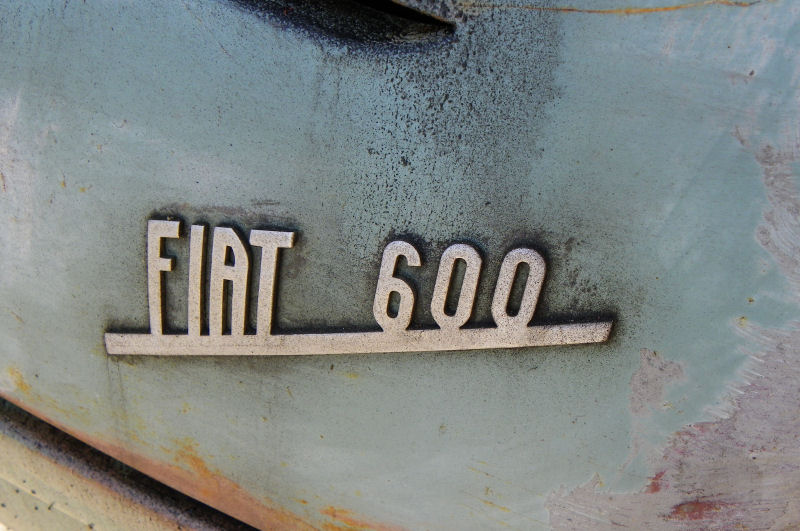 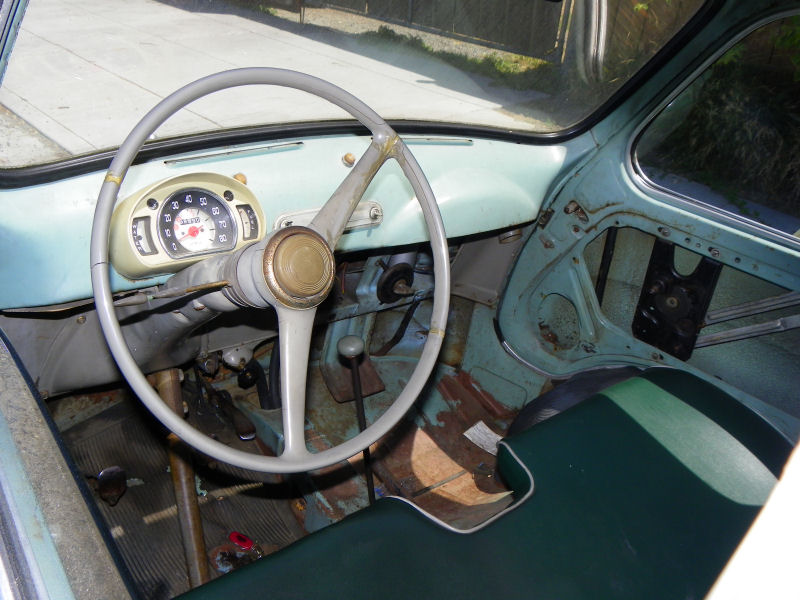 Condition is quite rough, but you try finding parts to restore one of these. Come to think of it, Stevenson Restorations probably has all the parts and the parts cars to do the job. Time will tell. Admittedly I've been disappointed that subsequent visits to Mr. Stevenson's shop haven't yielded anything good on the street. There were beautiful Italian classics parked just inside the open roll-up door when I photographed this Multipla, but on other days the shop has been closed and the street all but deserted. Perhaps I just need better timing.
Posted by Jay Wollenweber at 12:00 AM