Rounding out this week of Hudson automobiles is the last of the Step-Down Hornets, and really the last true Hudson. This one has been a long time coming. In 2009 I found this 1954 Hudson Hornet Special sedan parked in front of a house belonging to the San Francisco classic car collector I like to refer to as "Fifties Guy". Unfortunately at that time the car was parked in his driveway and he expressly requested that I not photograph cars on his property. Fair enough; I respect that. Four years later I was with a friend in the city and we came across the old Hornet parked across town in front of a restaurant. I quickly parked and shot some photos. 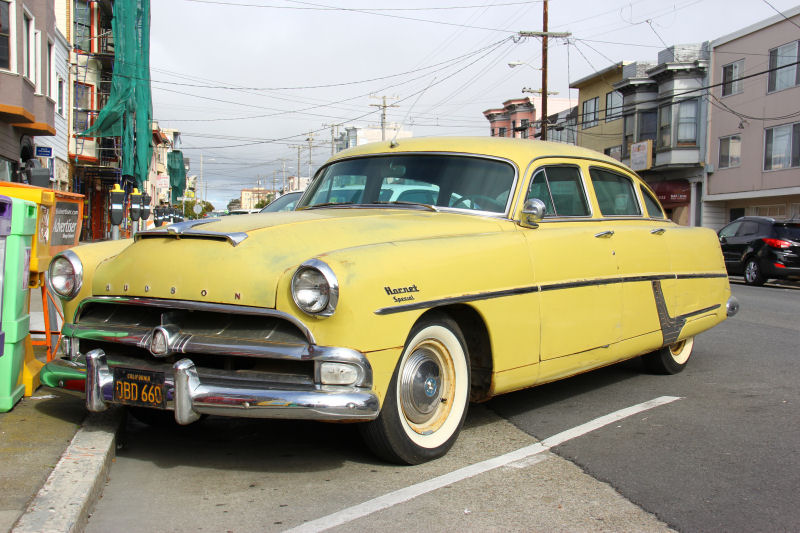 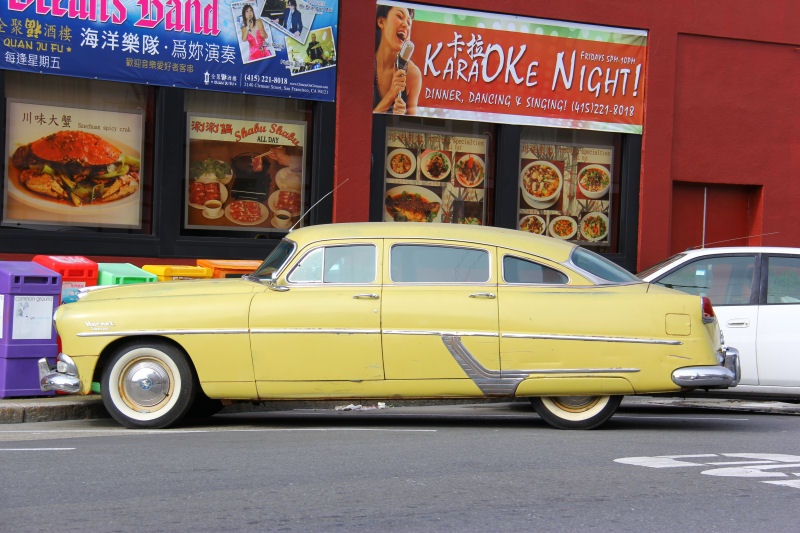 The '54 Hudsons were a final attempt to get more mileage from the old Step-Down body. Nash-Kelvinator was in the process of taking over Hudson to form American Motors Corporation, the architecture was now six years old, and American car buyers just weren't that excited about the Hudsons anymore. It's rather a pity, because the Nash-based monstrosity that replaced the Hornet for 1955 rightly earned the nickname of "Hash". Hudson had been also focusing on developing its Jet compact car for the last two years, a model which was too far ahead of its time and failed badly in the marketplace. 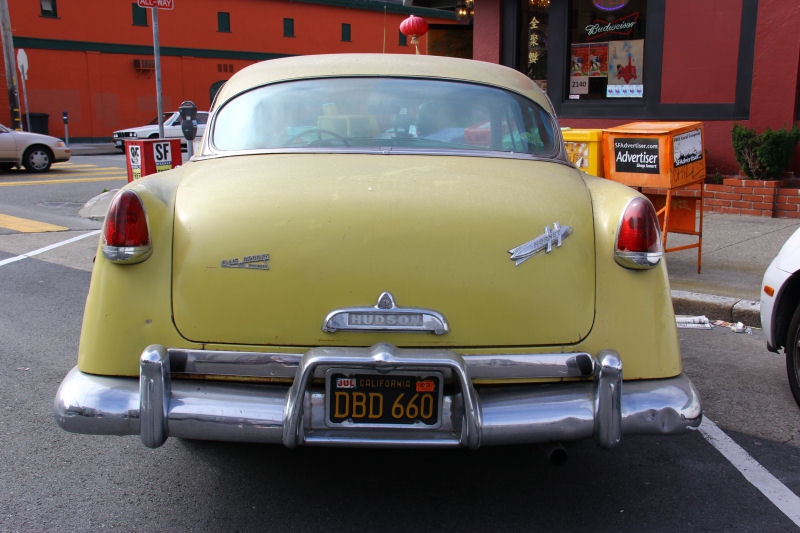 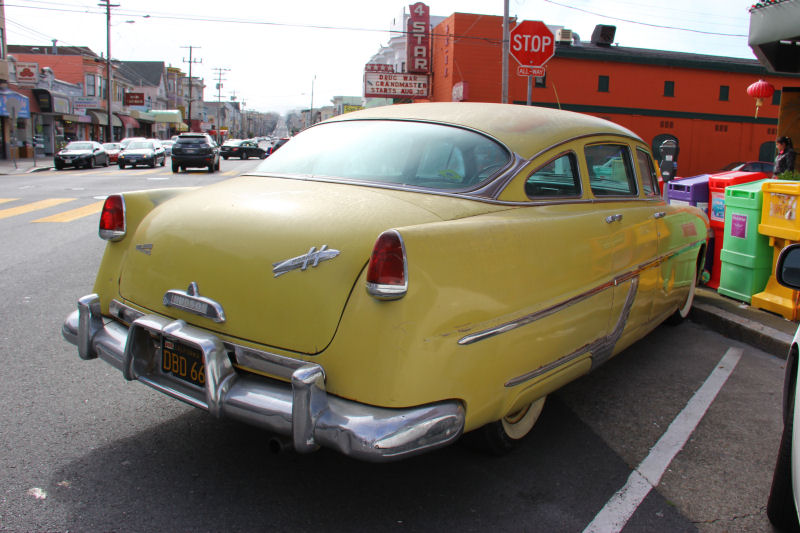 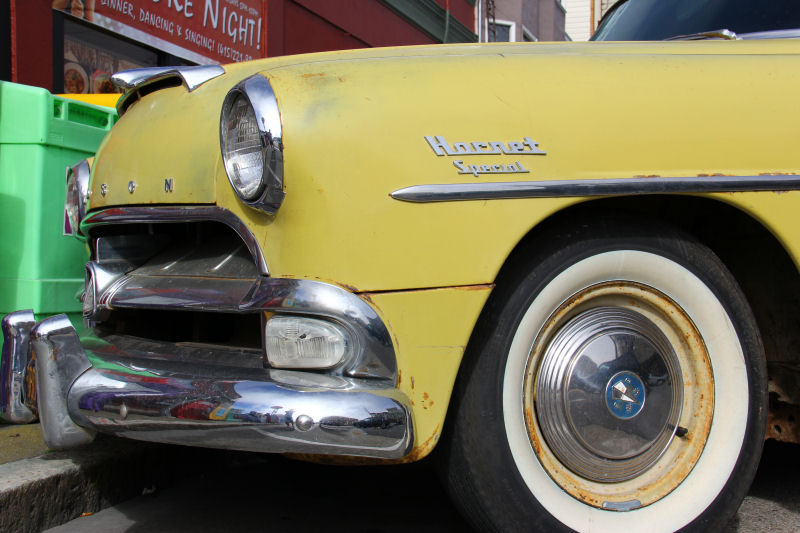 Considering what resources they had to work with, and the difficulty of engineering substantive changes on the Step-Down platform, Hudson did an acceptable job of updating the Hornet to suit changing tastes. It has most of the things people were looking for at the time: it looks bigger, it has little fins, more chrome and stainless trim, and other appearance changes to satisfy the shallow mid-'50s American consumer. A number of more useful features were included this year, such as a curved one-piece windshield, functional air intakes beneath the hood ornament (unlike the fake ones the year before) and an improved version of the venerable 308 cubic inch six-cylinder engine making up to 170 horsepower with the Twin-H Power options. The interior also got a redesign with updated instrument panel. The front grille was less distinctive, but no more offensive than most of its competitors. A total of 24,833 Hornets were built for the 1954 model year. 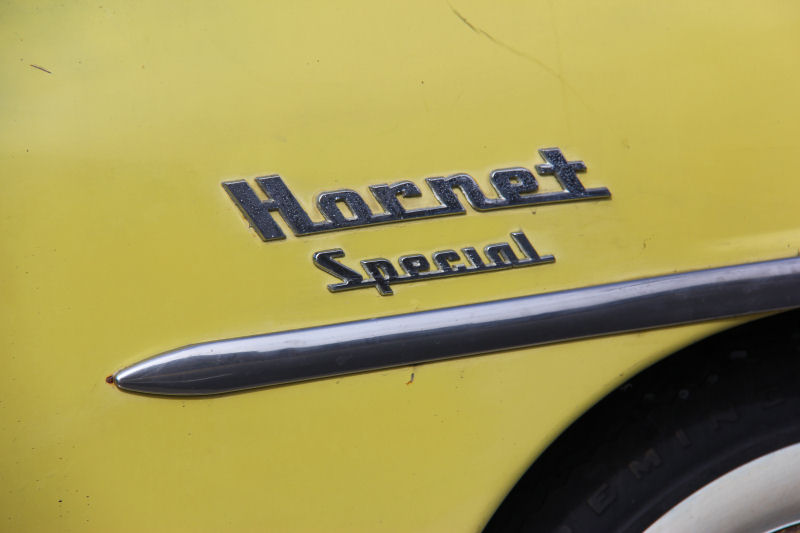 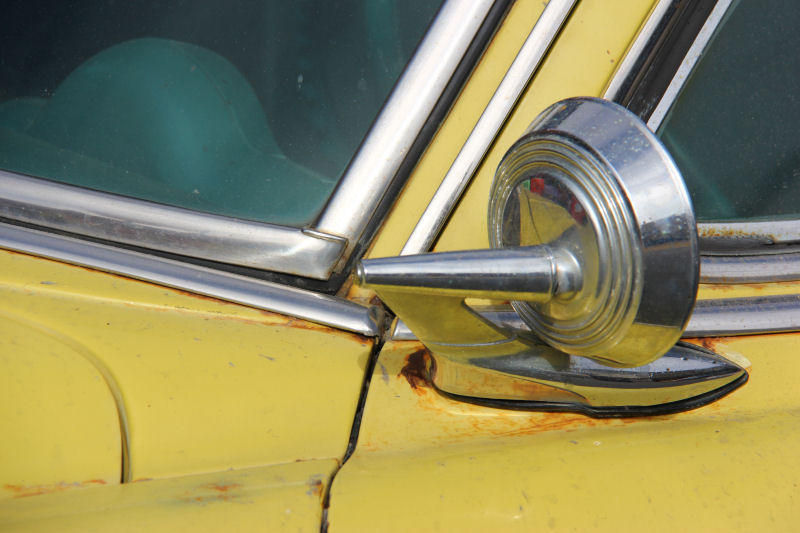 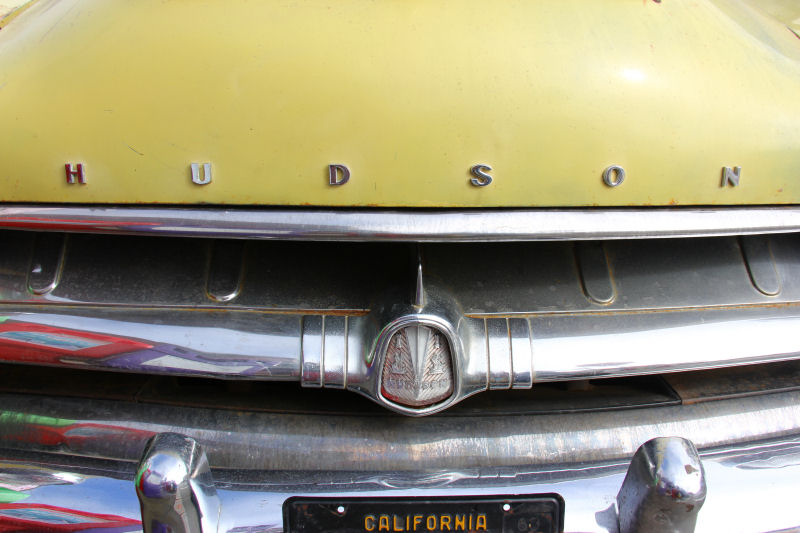 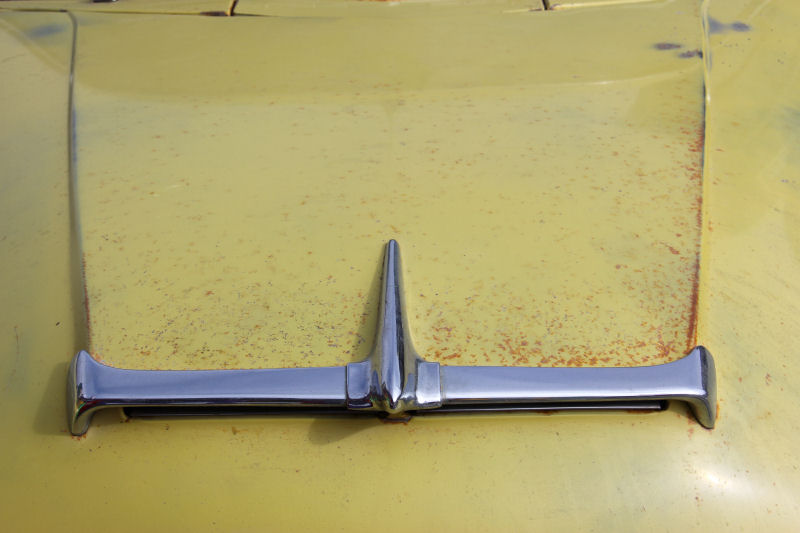 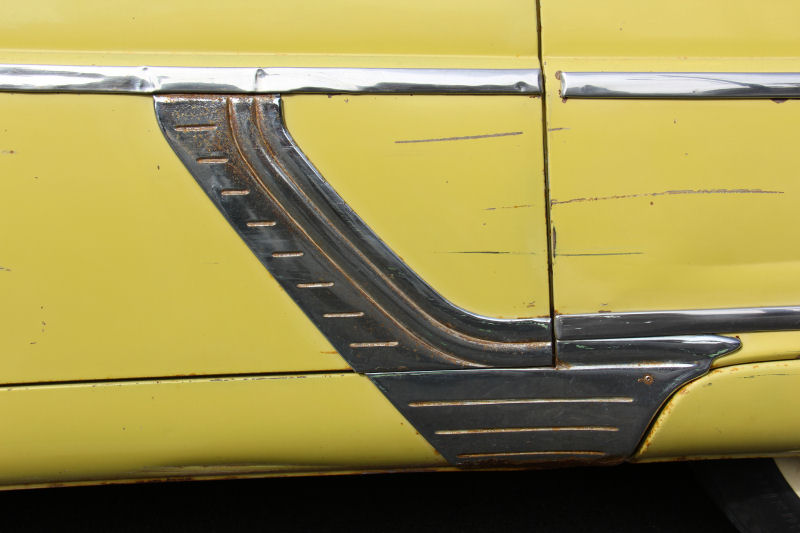 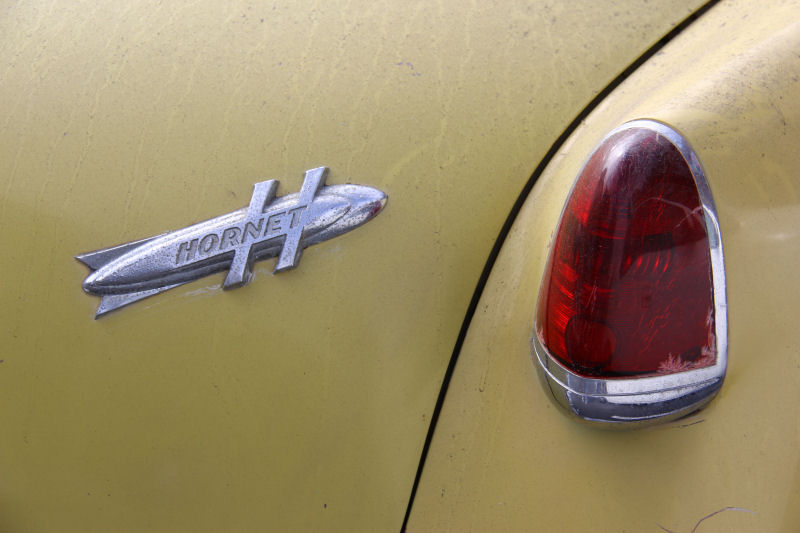 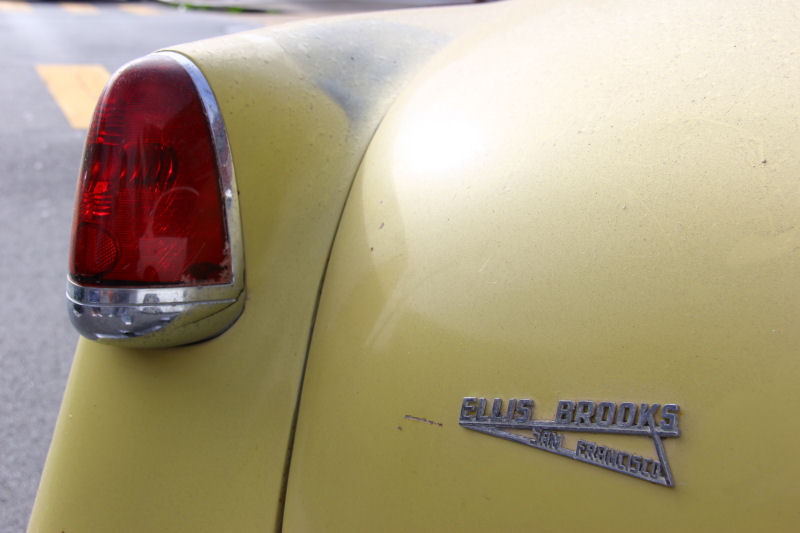 One of the things I like about Fifties Guy's collection is that so many of them are true survivors, and usually local cars with a long Bay Area history. This one bears an Ellis Brooks dealership plaque on the trunk lid. I originally took this to mean that the car had been sold secondhand through Ellis Brooks, because Brooks typically places a dealership plaque on every car they sell, including used cars. And to me, Ellis Brooks on the corner of Van Ness and Bush Street had always been a Chevrolet dealership. But before they sold Chevys, Ellis Brooks Motors was a Hudson franchise and had been since the 1940s.
This car has been through a lot and bears the kind of patina that's hard to fake. All the parts and trim are there and it's clearly taken care of. The owner usually performs sympathetic work on his cars; they get a repaint if they really need it, mechanical work as necessary to keep them reliable and safe, but otherwise they're preserved as they are and kept factory stock. That's a principal reason why I keep coming back to document his fleet.
Posted by Jay Wollenweber at 12:00 AM