I've been doing features recently that correspond to certain odd-numbered milestones, such as street sighting features #403 and 404, which looked at a Peugeot 403 and 404, respectively. So as this is feature number 411, let's look at a 1971 Volkswagen 411 Wagon. 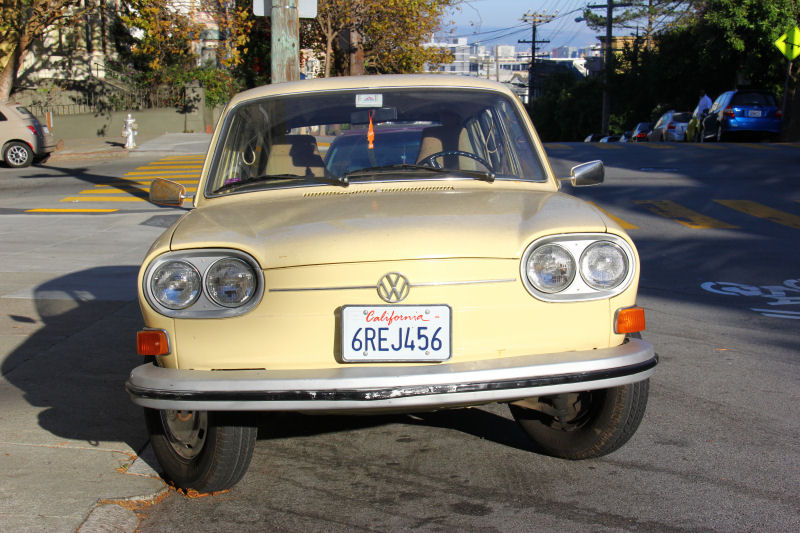 This was a curious and lucky find for me. I was leaving San Francisco in the afternoon and got stuck in traffic driving through the Haight. While waiting for a red light I noticed an AMC Hornet Sportabout parked on the street and, while searching for a place to park and go shoot it, I stumbled upon this VW. The Hornet, sadly, didn't pan out as the owner hopped in and drove away. But the Volkswagen was there and it displayed quite nicely. 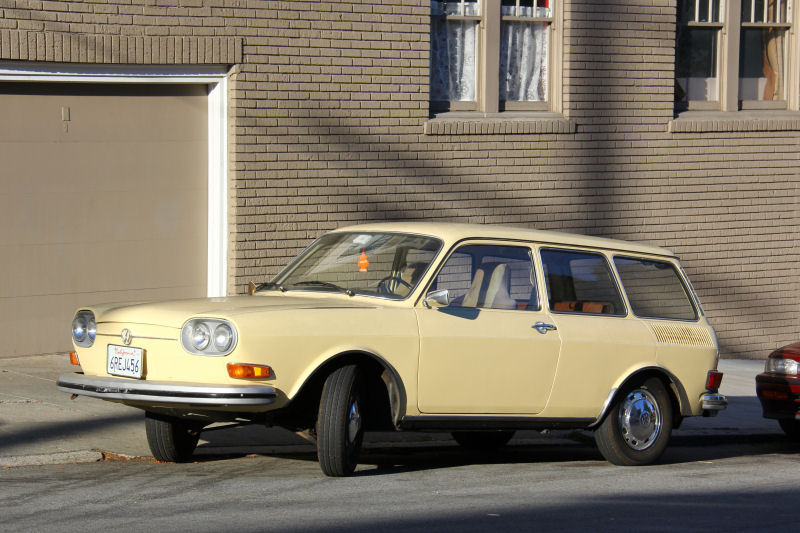 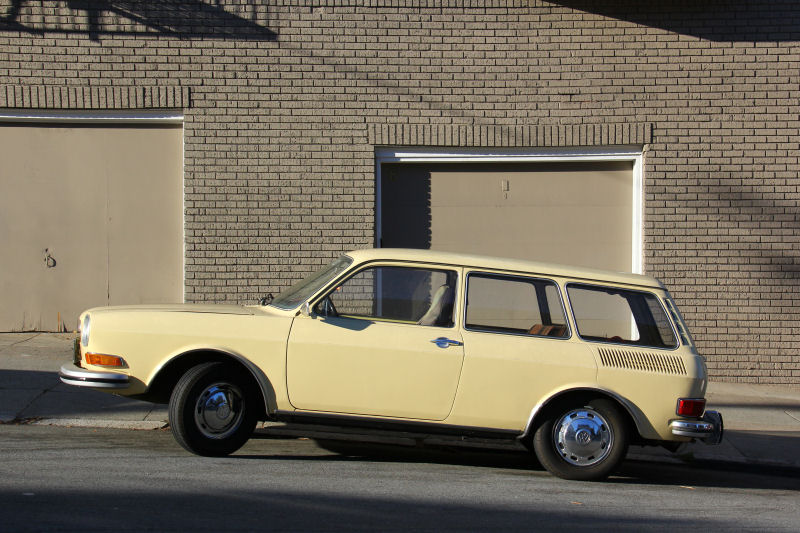 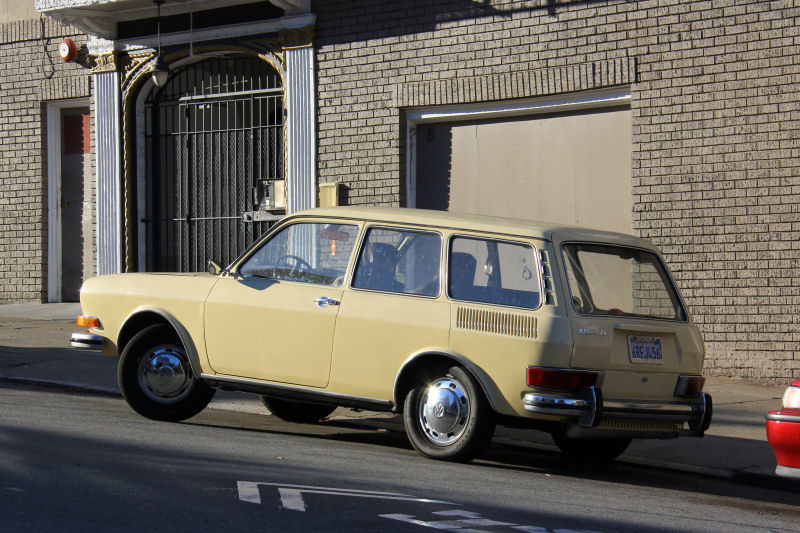 The VW 411 (or Type 4) was an evolution of the Type 3 and served as Volkswagen's largest passenger car (not counting the Type 2 Microbus) from 1968 to 1972. It was sold in the US for only two years starting in 1971, before the restyled 412 took over for another two years, ending production in 1974. These cars were sold as a 2-door fastback sedan, 4-door sedan, or 2-door "Variant" wagon. The Type 4 would ultimately evolve into the Dasher, known elsewhere in the world as the Passat. The 411 and 412 together sold 117,110 copies in the United States, and are quite uncommon today. The Type 4s are the last of the rear-engined, air-cooled "real" VWs apart from the Beetle. 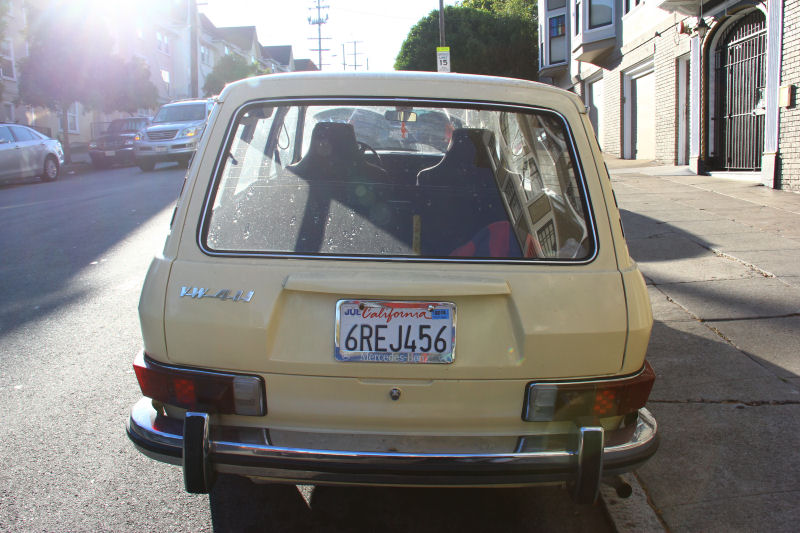 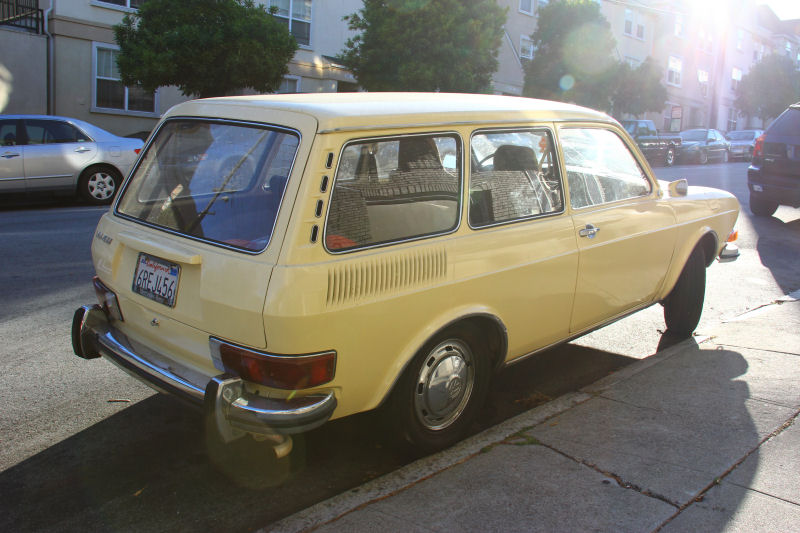 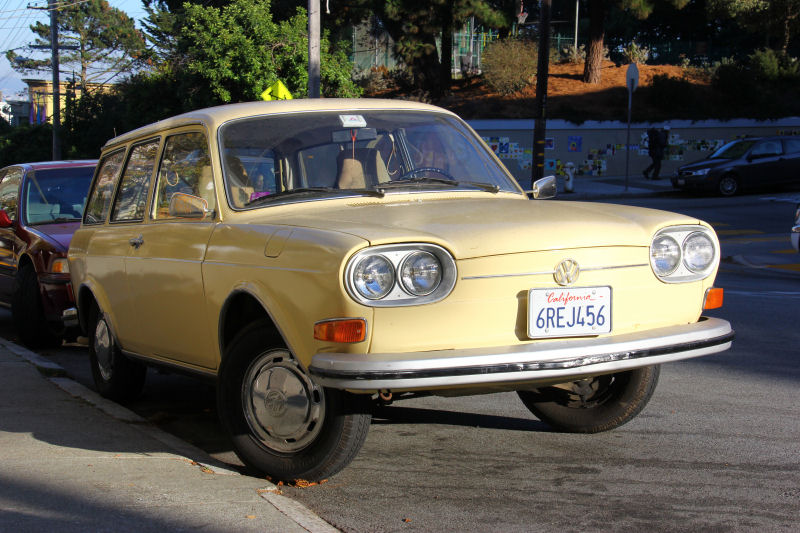 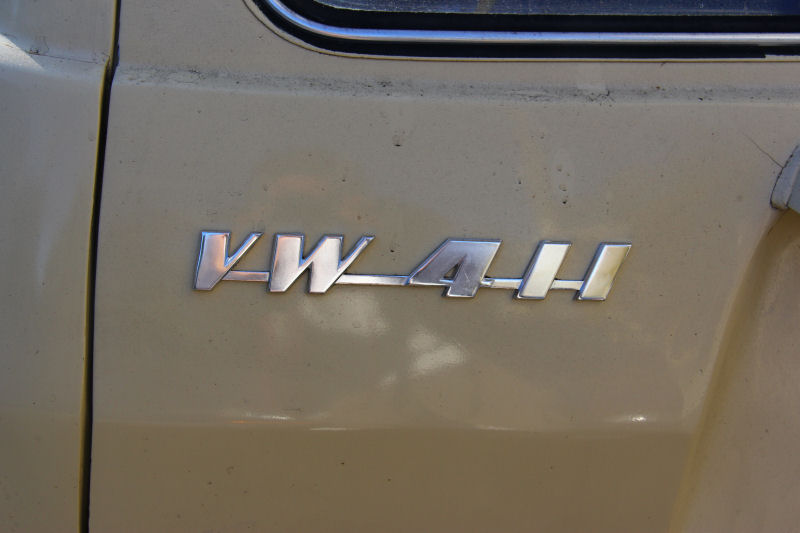 This has to be one of the cleanest 411 Wagons out there. In fact, it's nice enough to have been featured on BringATrailer in 2012, where it was described as being very original with just a repaint. The color appears to be either Shantung Yellow or Kansas Beige, though I'm leaning toward the former. The condition is really good, very straight and solid from what I can see of it. I don't recall if I'd ever seen a 411 wagon before, and only a few 412s. Older Type 3 Squarebacks are still plentiful in comparison. Well spotted, I'd say.
Posted by Jay Wollenweber at 12:00 AM