Prewar cars can still be found here and there on the roads of California, but one will often notice that they all seem to be Fords (or in some cases Chevys). Very rarely do you see Chrysler products of this era, particularly Dodges. Here we have a Dodge D-19 Luxury Liner sedan. 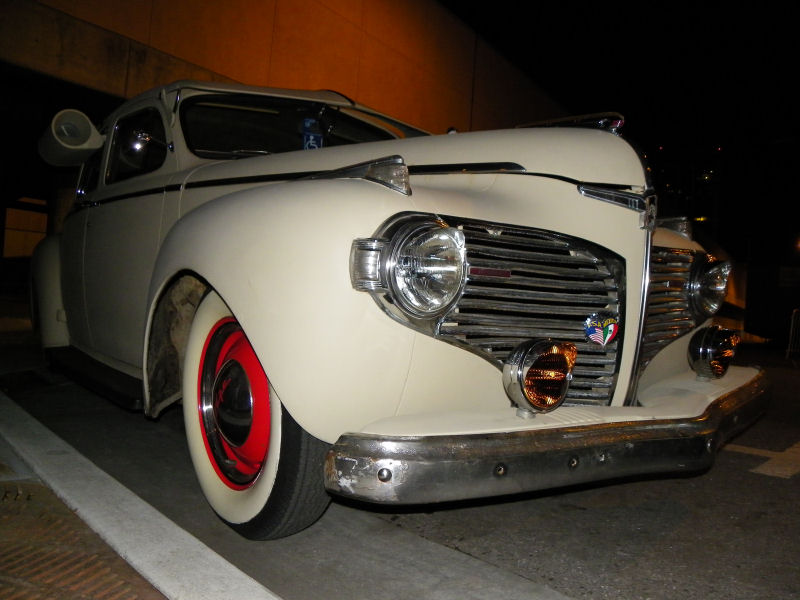 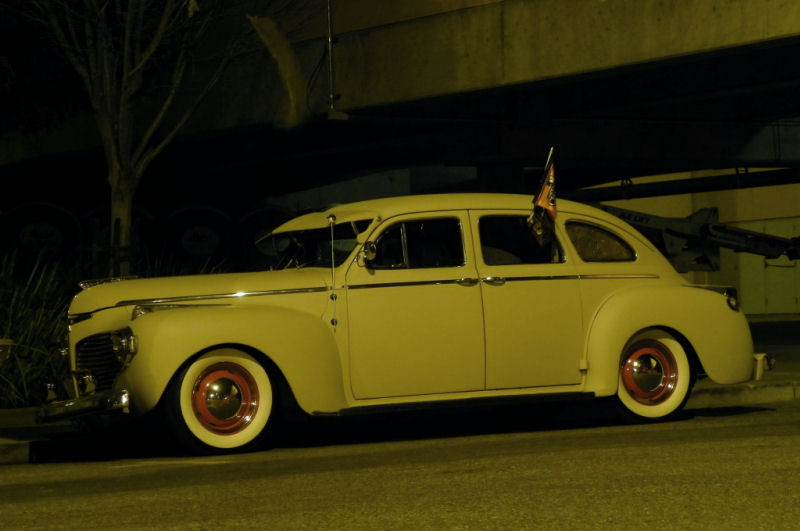 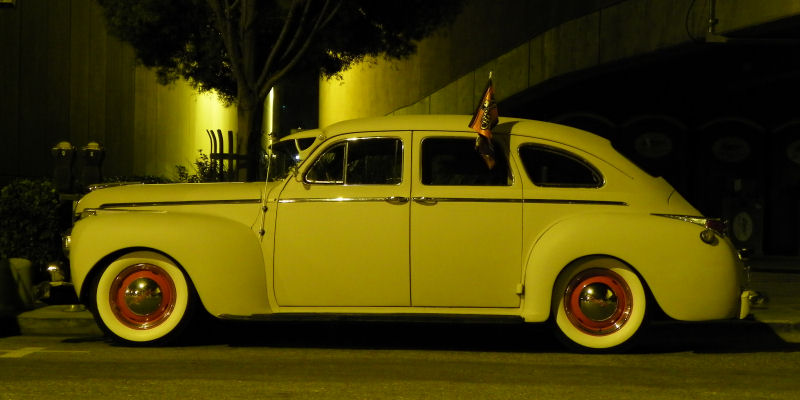 I'm saddened that I had to photograph this car at night, because my pictures under one of San Jose's infamous yellow street lamps do not do the car justice at all. It appears to be a member of a lowrider club that didn't make it into the Silicon Valley International Auto Show's car club display tent nearby, and was parked at the end of an alley by a loading dock patrolled by a security guard. The location is just around the corner from where I photographed the 1941 White Super Power fire truck earlier the same day, across the street from Crow's Auto Sales. 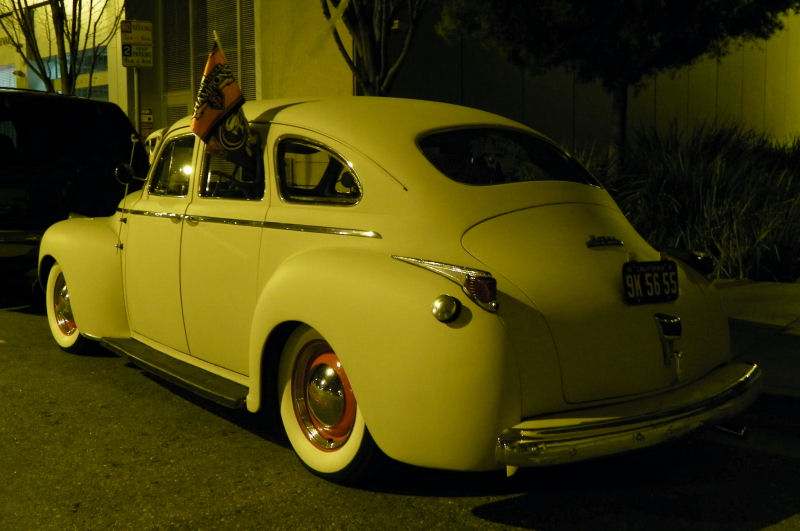 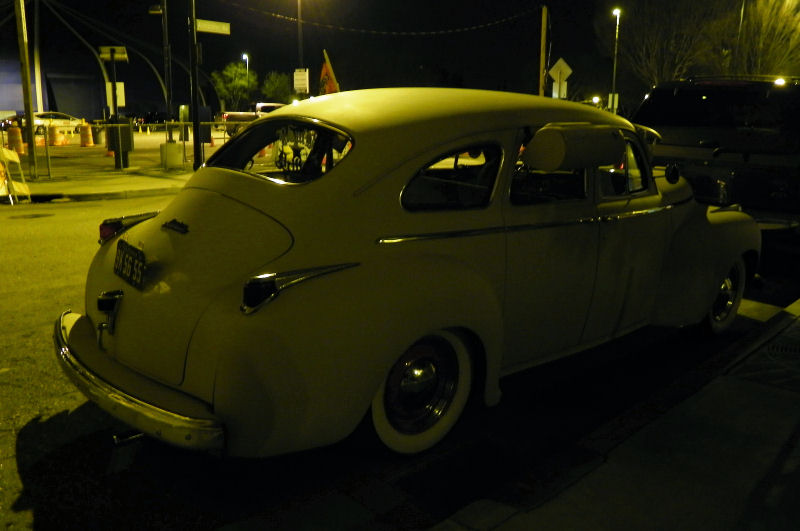 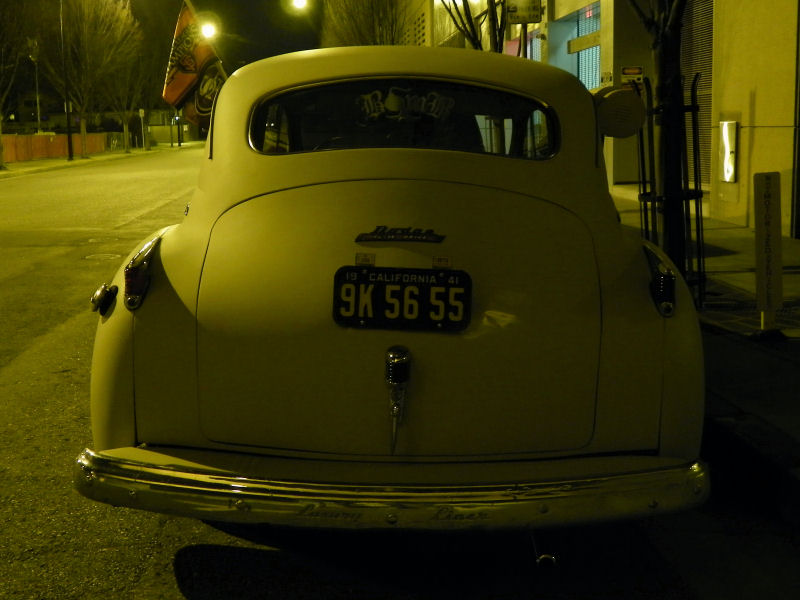 The Luxury Liner was an optimistic tagline for the mid-priced Dodge. This was apparently the uppermost trim for the Custom Town Sedan range and featured more exterior trim, nicer seat cushions and interior features than lesser models. This one is the long-wheelbase 8 passenger sedan and has the optional turn signals mounted on the fender tops, amber foglights and a swamp cooler-style air conditioner on the right rear passenger window. It also comes equipped with Chrysler's Fluid Drive semi-automatic transmission. Dodge also featured a straight six with possibly the best name for an engine ever: "Scotch Dynamite". 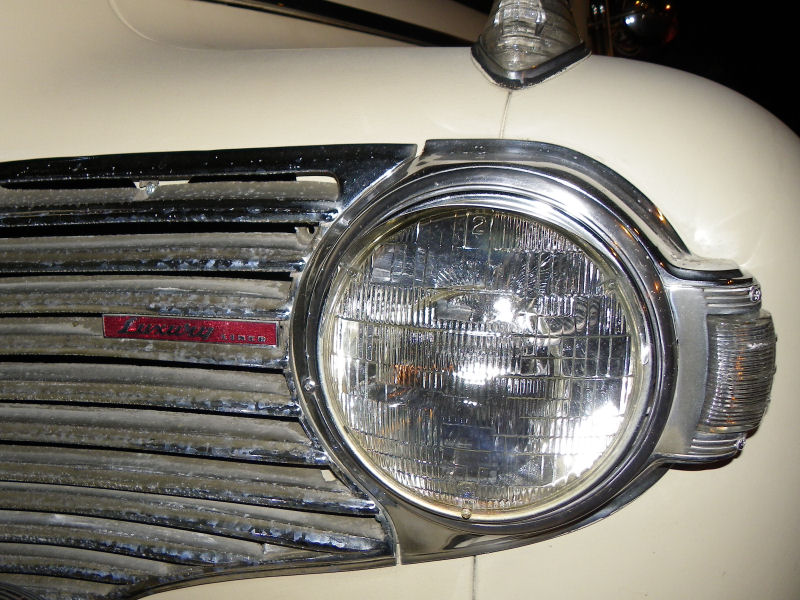 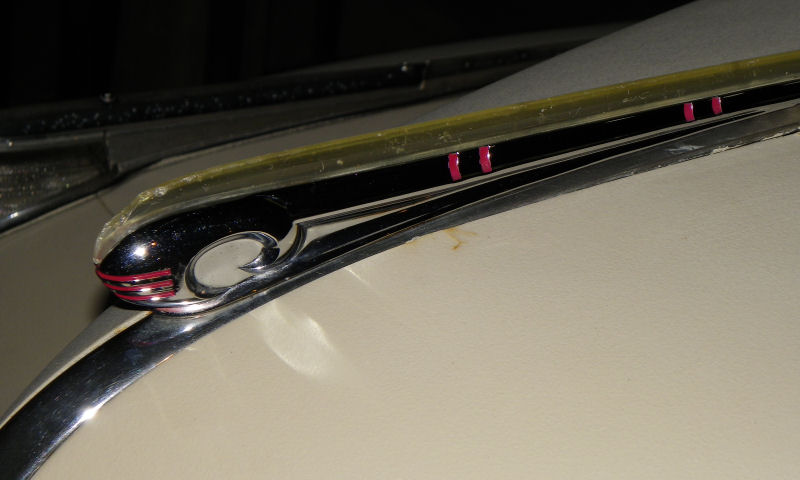 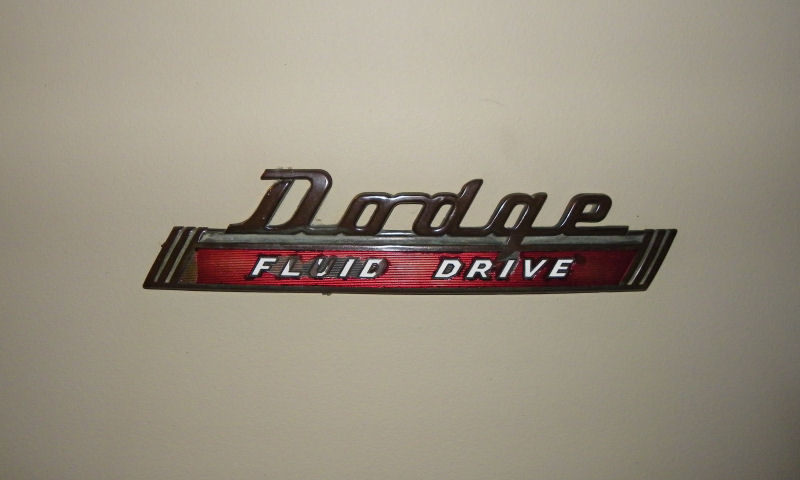 Styling of 1940s Dodges has never been my cup of tea; even the late '30s cars put me off. This may have something to do with their relative rarity today, as Dodges and Plymouths were generally economy cars bought for reliability and practicality rather than looking cool and going fast. It was a very good year for Chrysler Corporation, oddly enough, as they produced more cars than Ford and were number two in the industry. The front end looks serious, but unique. The rest of the body is a familiar look that would mostly carry over into 1948, even the suicide doors.
This car may still be a work in progress, as the body looks like it wears a tan primer and the bumpers are in need of new chrome plating. The wheels look freshly painted and have nice chrome and wide whitewalls. There are a number of period accessories, a common theme on lowrider "bomb" cars. Modifications have been kept to a minimum and appear to be limited to a lower ride height, possibly through the use of airbags or hydraulics. It's subtle but it works.
I can't always pick where and when cars will appear, and sometimes the coolest subjects appear at night in poor lighting conditions. I'm glad to have stumbled across a prewar Dodge in any state.
Posted by Jay Wollenweber at 12:00 AM