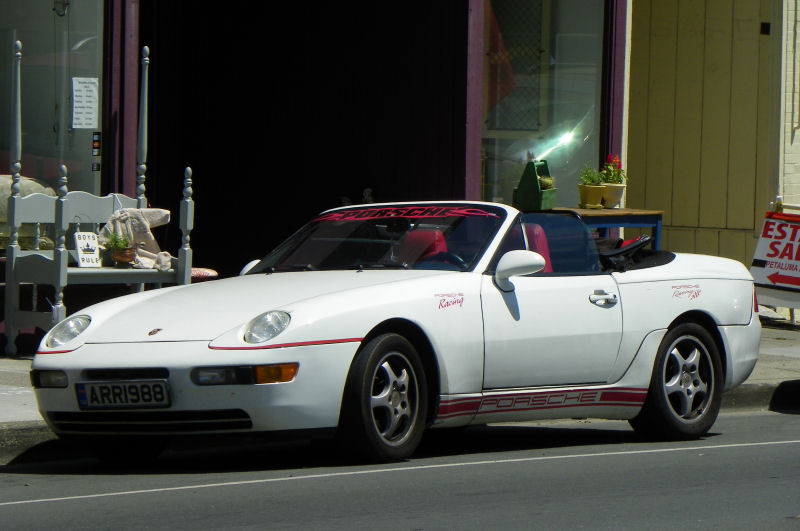 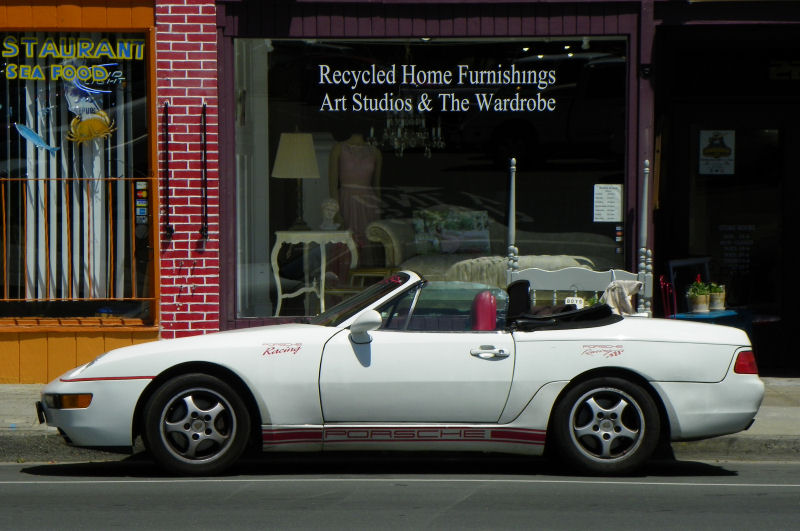 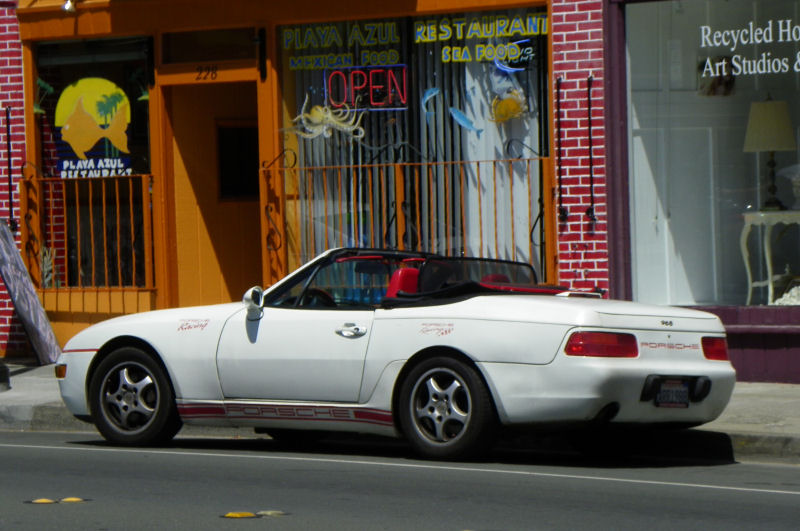 This one turned up one day while I was wandering around Petaluma's historic downtown area. It's one of 306 (or 366, sources vary) Cabriolets built in 1995 for the US and Canada. How many '95 convertibles were sold elsewhere? Apparently, one. 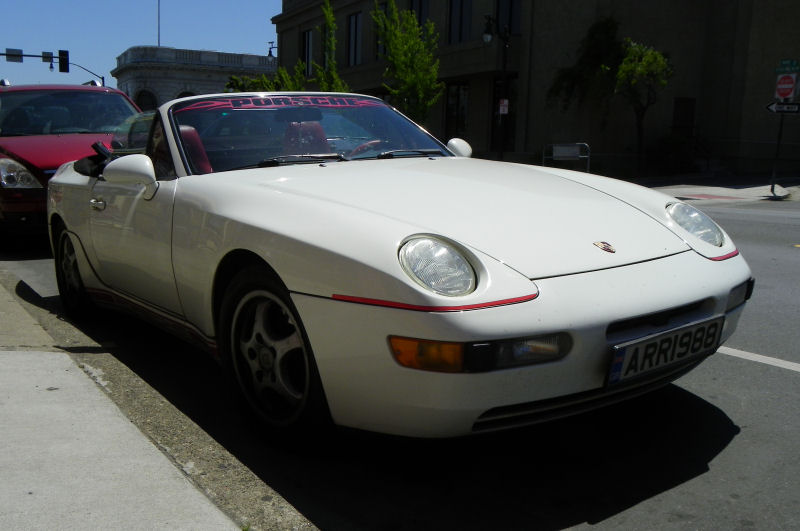 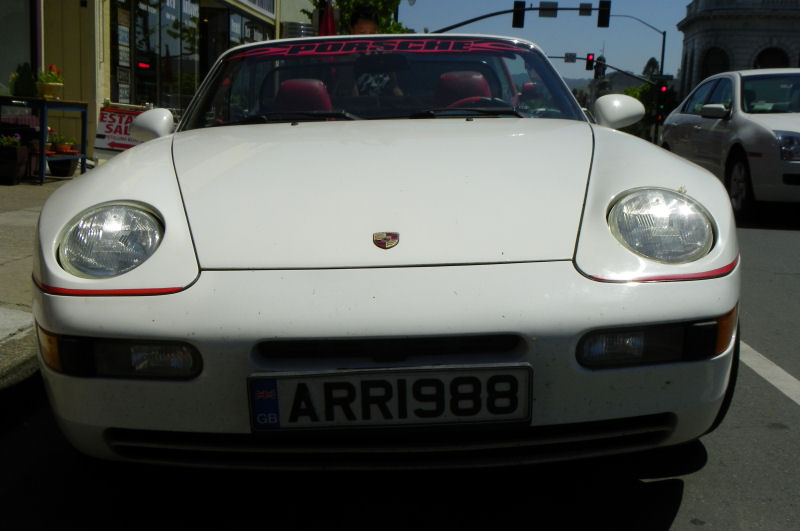 I like these cars for some reason that I still can't figure out. Most of the cabriolets I've seen were dark, subtle colors like navy or black. Or bright screaming yellow. The 968 was available in almost three dozen colors and nearly 100 interior combinations, a veritable 1965 Mustang among Porsches with its options list. White with a red leather interior is an interesting look, though I must say that some of the additional red body accents are perhaps going a bit far. The flame windshield banner is definitely too much. The replica UK license plate on the front is a curious addition, but no more so than the replica German plates I frequently see on random cars with a California plate number that matches the standard plate on the rear. 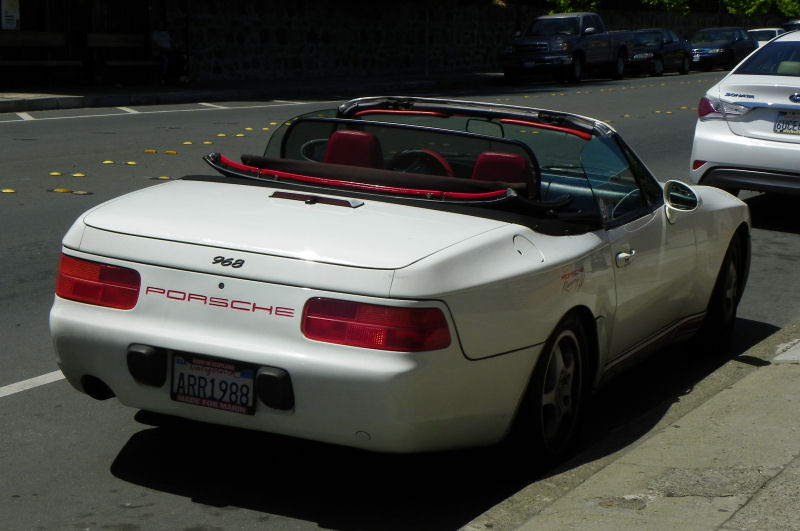 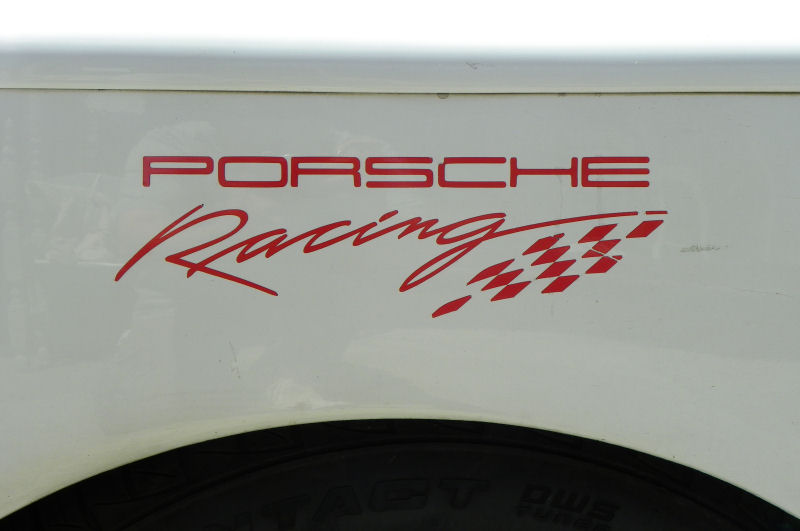 On the bright side, the body is in great condition and that shows pride of ownership. These have a reputation as excellent sports cars with near-perfect weight distribution and one of the most powerful naturally aspirated four-cylinders of its time. Being a premium-priced car, it has a lot of modern technology (assuming the goodies still work nearly 20 years on). Perhaps the best part about it is that due to its age, it's now a very affordable good sports car.
Posted by Jay Wollenweber at 12:00 AM