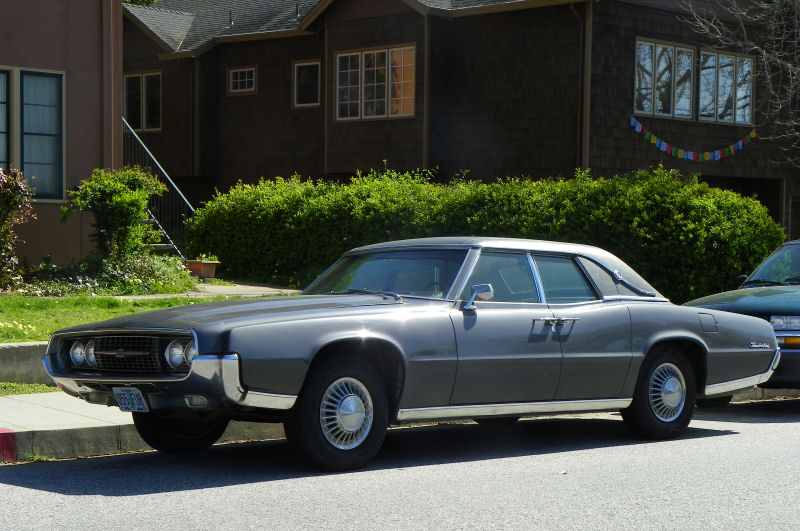 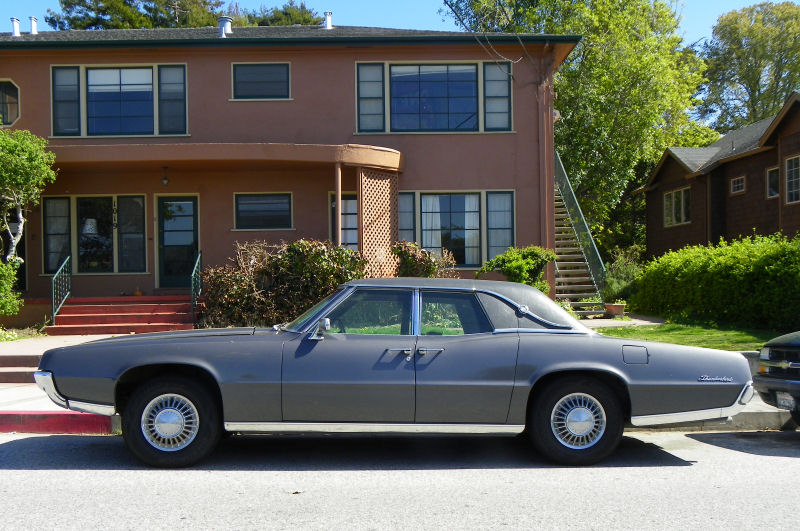 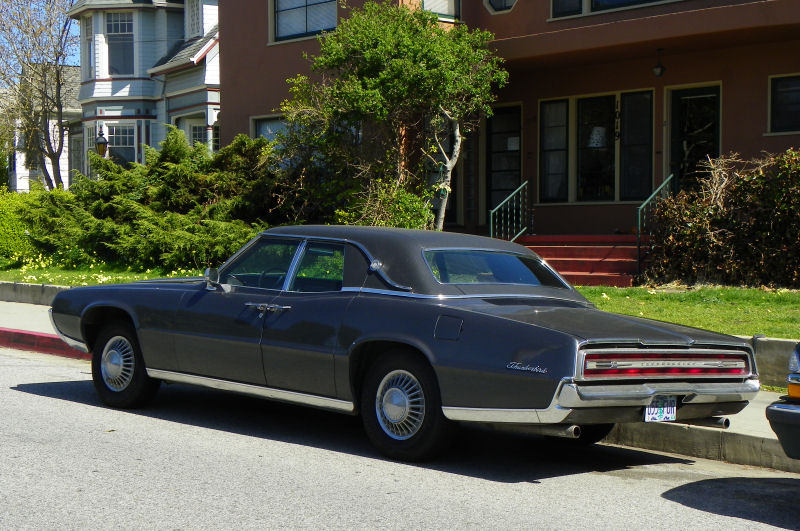 I've personally always thought this generation of T-Bird was a styling disaster. The sedan in particular is an unusual look. The fighter-jet-intake grille and hidden headlights have an aggressive appearance, let down by a clumsy midsection. These cars have frameless windows for the most part, but it's a pillared sedan rather than a true four-door hardtop like the contemporary Lincoln Continental. I think the Thunderbird would have made a more convincing "four-door coupe" without a bright chrome B-pillar calling attention to the short doors. The T-Bird got a new front end with a pointed "beak" in 1970, and an optional fastback body style. I'd be interested to see someone build a phantom 1970 Thunderbird Sportsroof with 1967 front end sheetmetal. 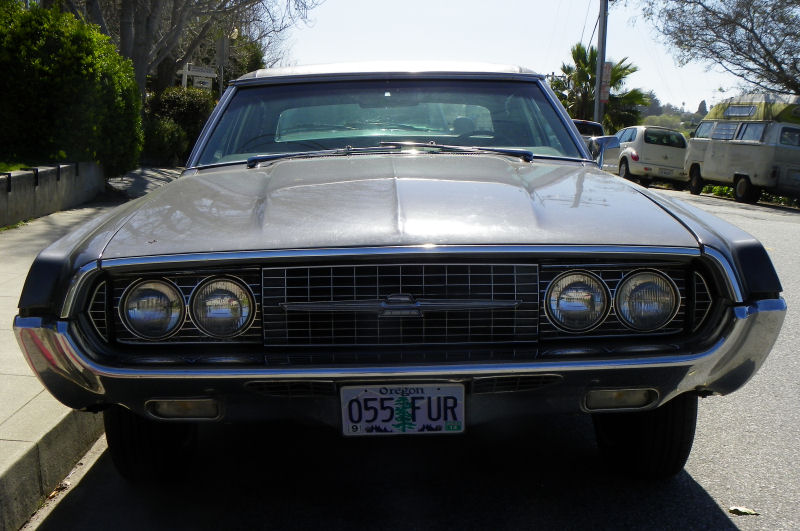 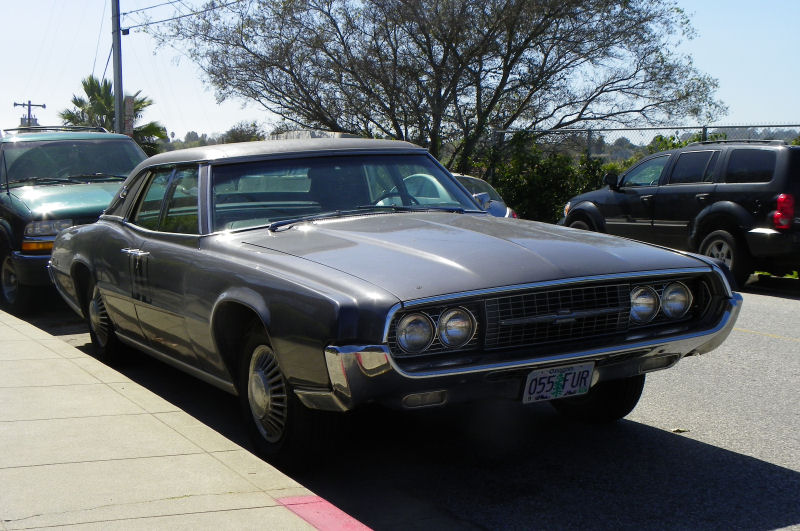 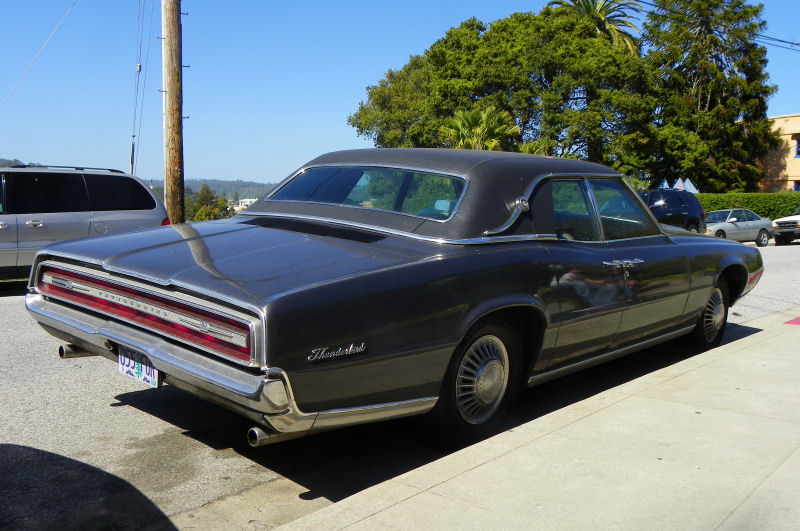 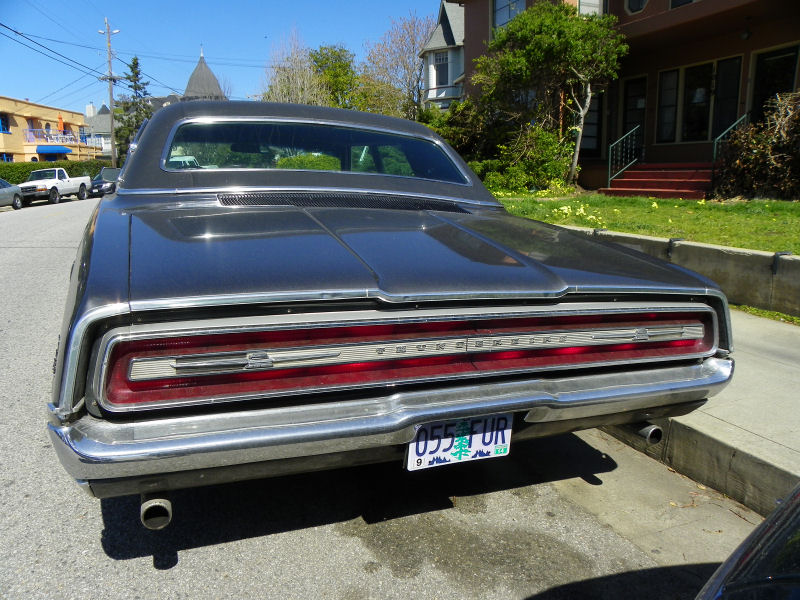 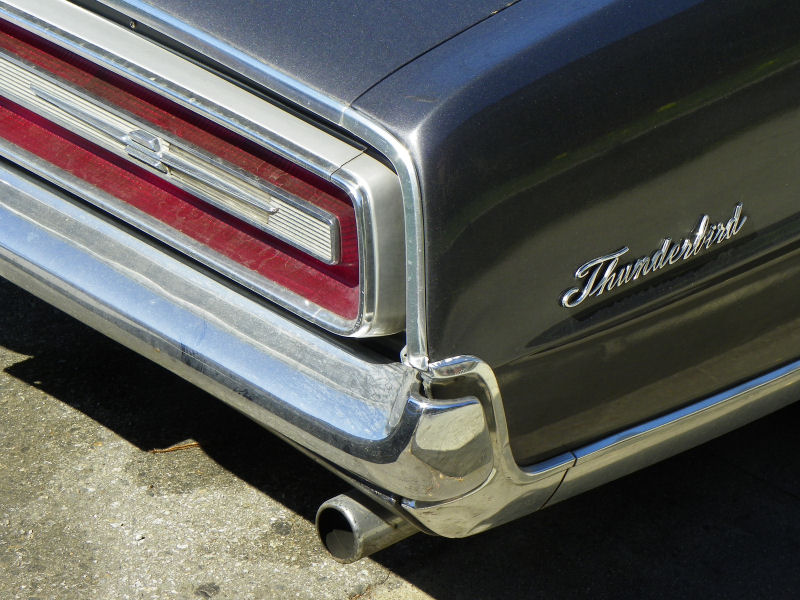 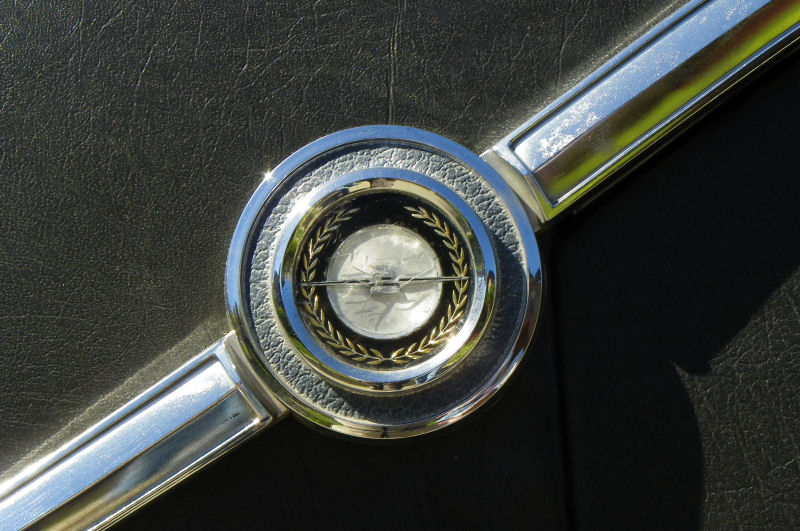 This one is in great condition and hails from Oregon. If you're familiar with the blog OldParkedCars, you know that Oregon has a great many old and interesting cars in it. I'm guessing it's restored or at least well-kept, and the paint job looks like an approximation of Charcoal Gray metallic. The beauty of a car like this is that it would make road trips a breeze. Huge trunk, smooth and quiet ride, lots of interior space and privacy for rear-seat passengers if they really want it. Just make sure you budget enough money and time for gas stops to keep that big 390 fed. This is one of those cars I don't care much for and would never own, but I'm happy that someone out there loves and enjoys it. I believe that every model should be preserved in some quantity if possible for historical purposes. If owners get actual use and fun out of a relatively obscure car, that's even better.
Posted by Jay Wollenweber at 12:00 AM