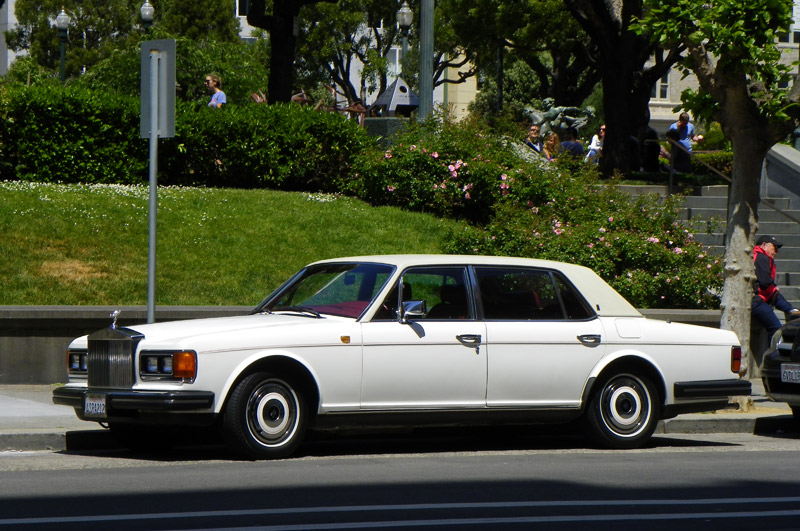 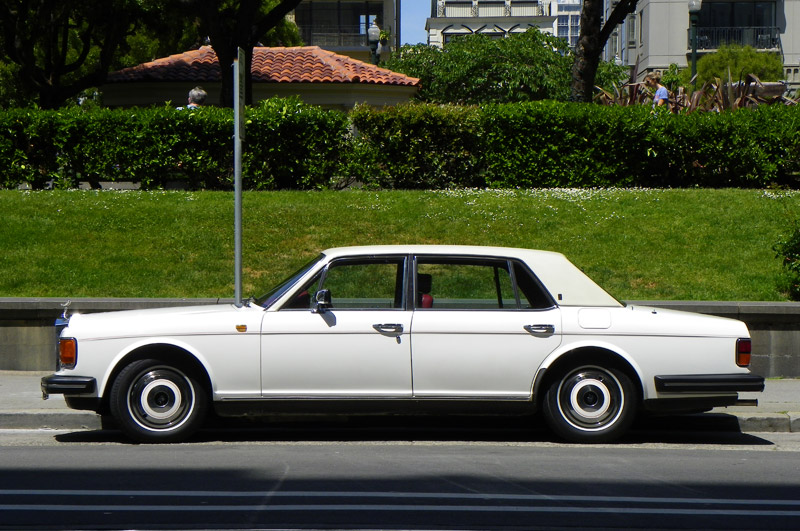 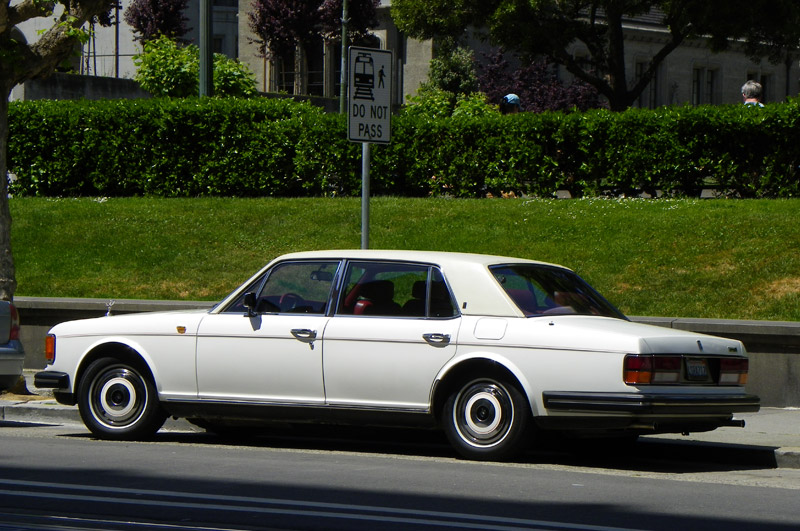 This is a 1986 Silver Spur, an apparently local San Francisco car I've often seen parked near Union Square and Nob Hill. I've always liked these cars, particularly in their later years when kissing-cousin Bentley offered their Turbo R version of the Mulsanne, a rebadged Silver Spirit equipped with a Garrett turbocharger that upped power output by 50% and handled better. The Silver Spur, on the other hand, was all about unabashed luxury and comfortable cruising. It was one of the most expensive Rolls models in its day. But like most aging luxury cars, the Spur has since become very affordable on the second-hand market. Low-mileage examples can be obtained for around $20,000. That's a lot of car for the price of a new Nissan Sentra with leather. True, you're getting a car that's 27 years old, but it's still a Rolls-Royce. Love it and it will love you back. Or something. 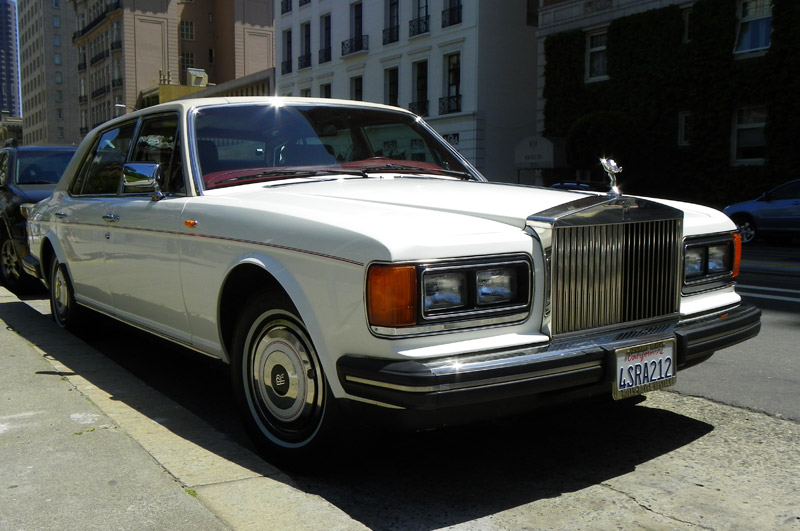 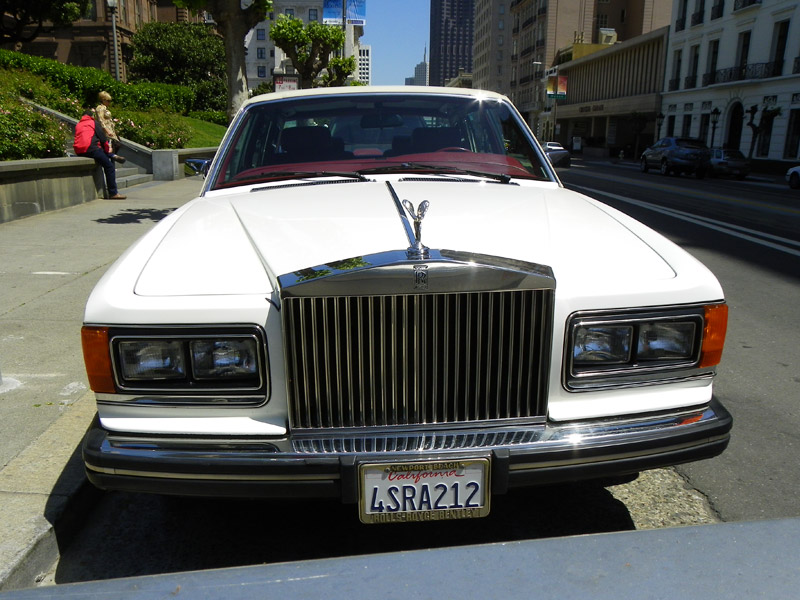 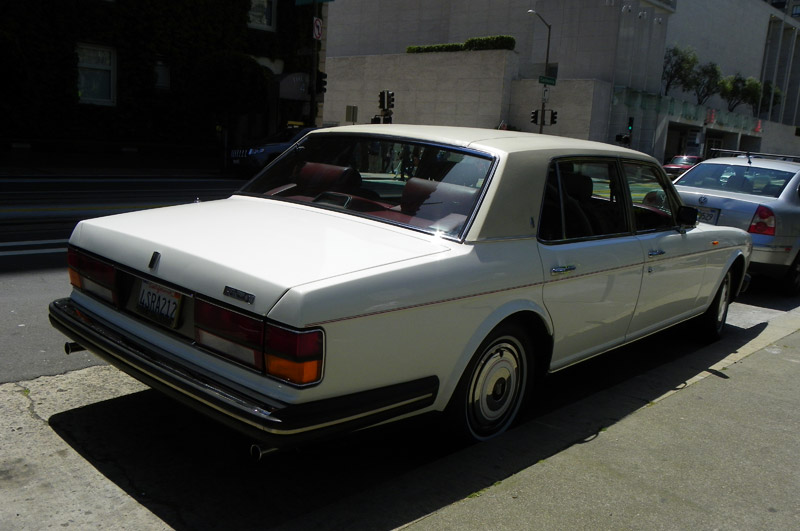 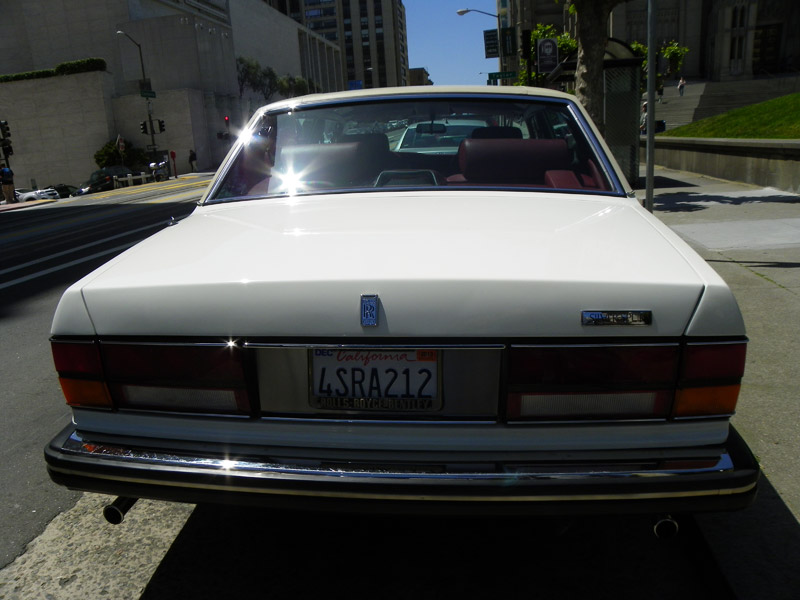 This one looks like it's been cared for nicely over the years. The body and paint are in great condition with no sign of dents or significant scratches. The brightwork has some wear, perhaps from many, many car washes during its life. One cool fact about these cars is that the Silver Spirit/Spur was the first Rolls to feature a retractable Spirit of Ecstasy hood ornament. The little lady disappears instantly into the grille shell in case of attempted theft or contact with an unfortunate pedestrian or animal. 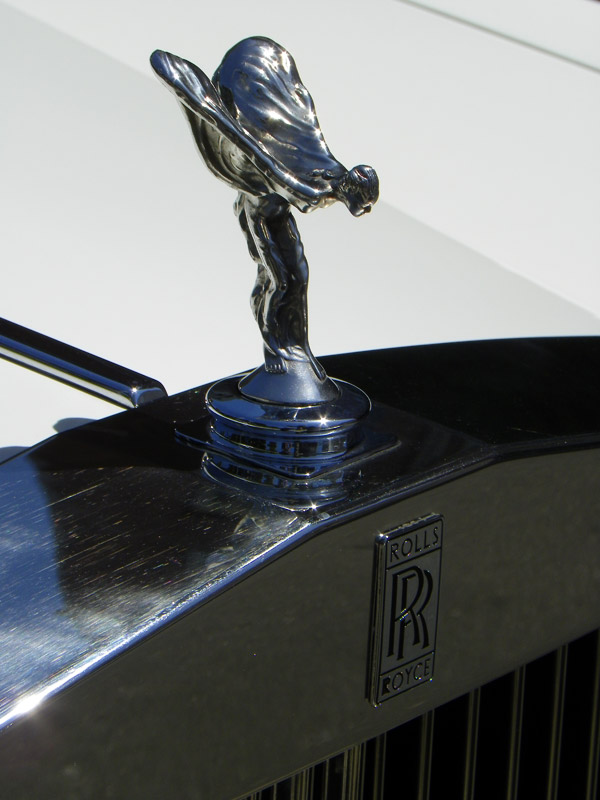 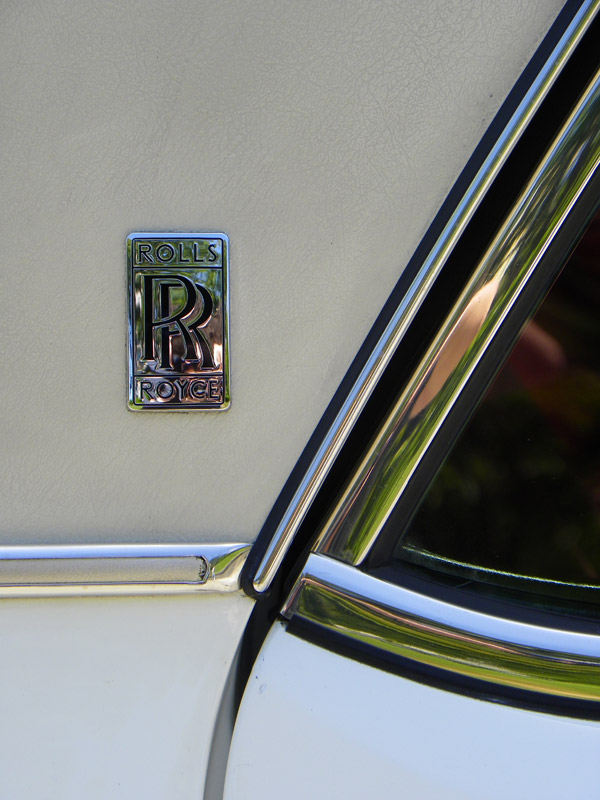 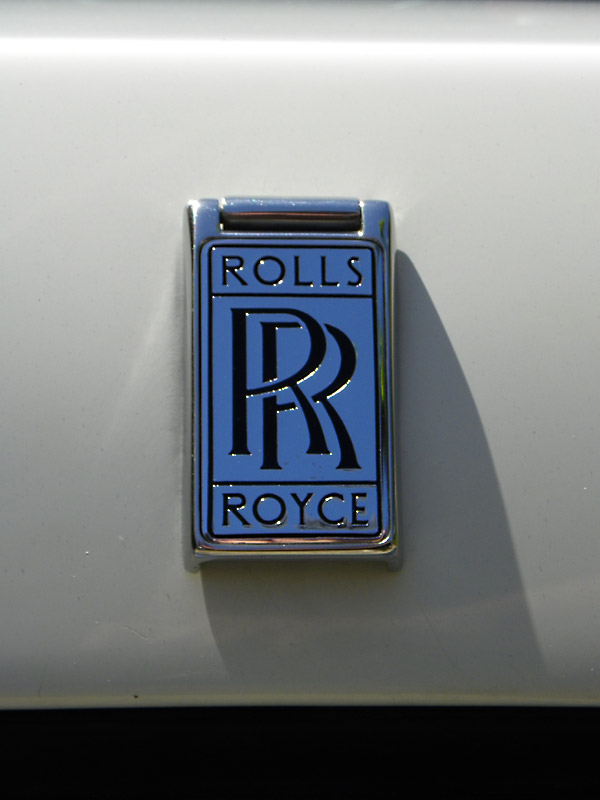 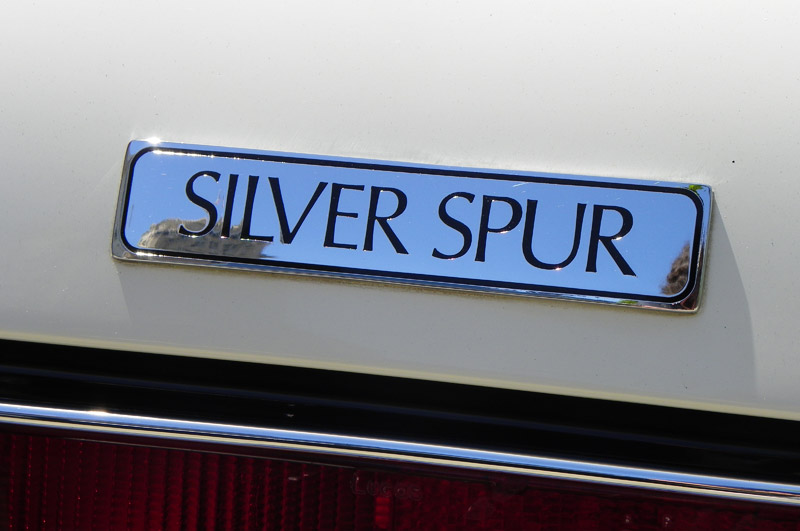 The Rolls-Royce in virtually any form is an elegant, stately automobile. Older cars have an old-world class to them that the gaudy new Phantoms and Ghosts, and even the post-millenium jellybean Silver Seraphs just don't have. Time will tell if someday a newer Rolls makes it onto this blog. I don't feel too bad about featuring this one.
Posted by Jay Wollenweber at 12:00 AM