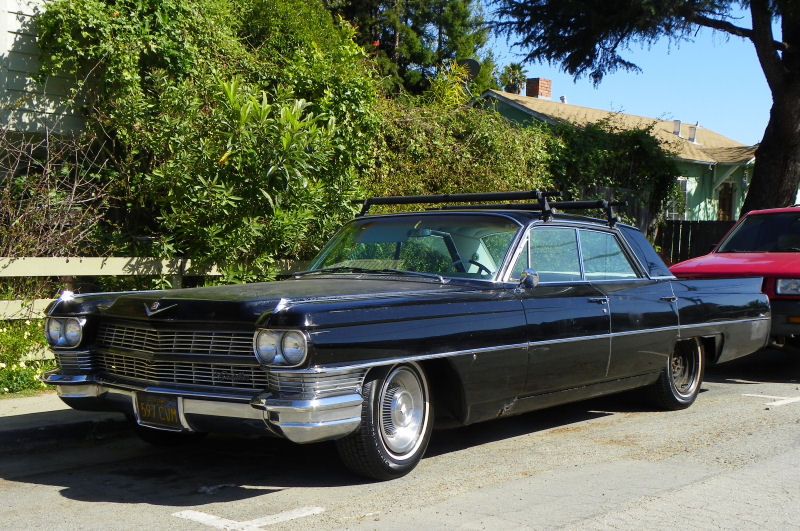 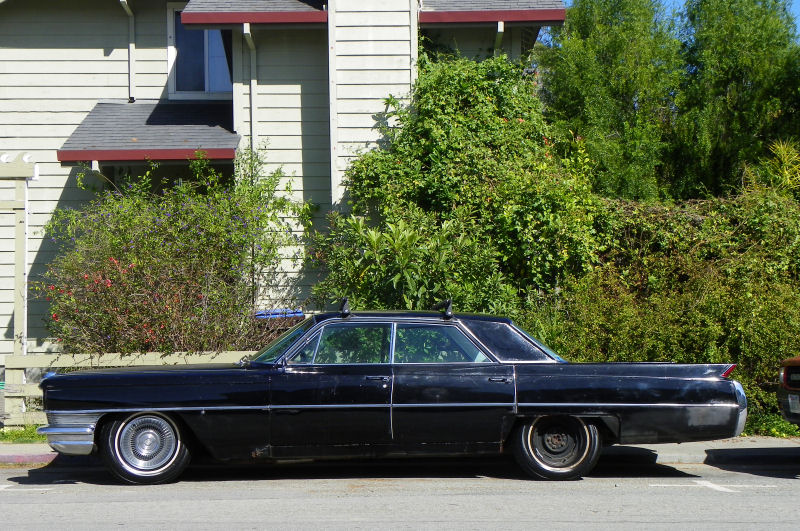 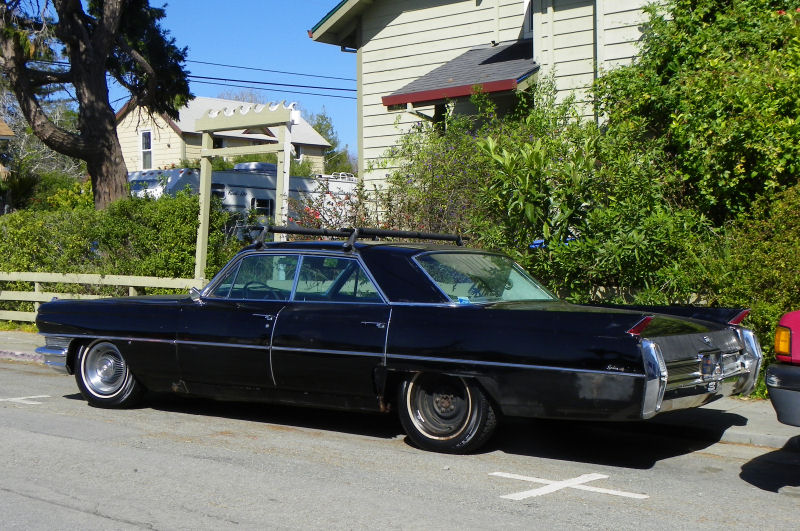 One of my all-time favorite years for Cadillac styling is 1964. It was the last year of real tailfins, the last year before vertical stacked headlights, and in my opinion a very handsomely designed, surprisingly restrained car. Yes, the '64 was a facelifted '63 which was in turn a warmed-over '61. The details I didn't like about the '63 model were ironed out and simplified, and Cadillac dropped in a larger 429 V8 and a new Turbo-Hydramatic auto transmission for better performance. 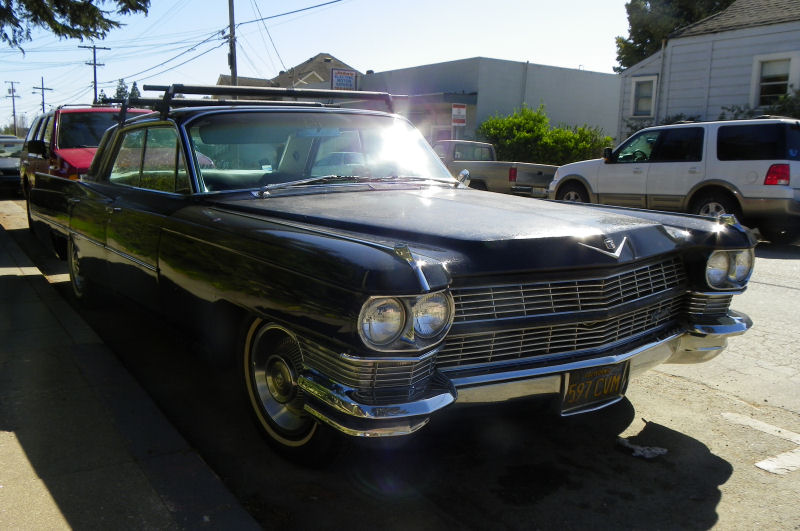 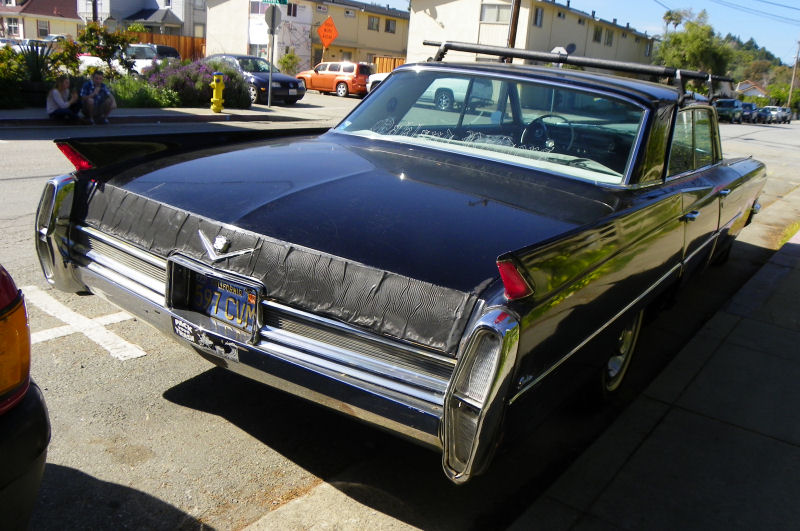 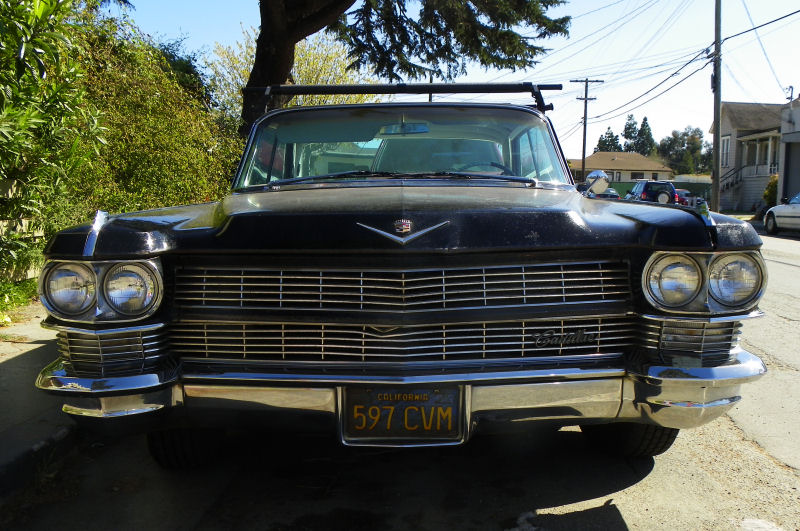 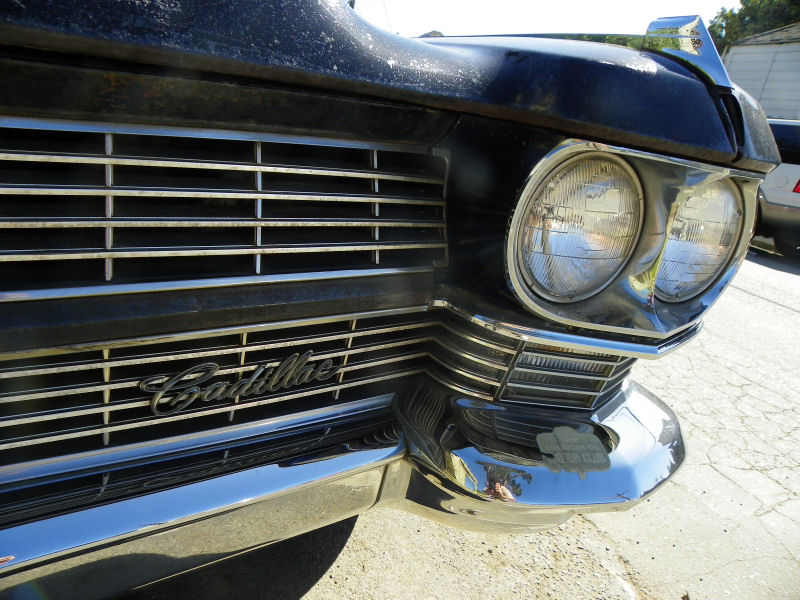 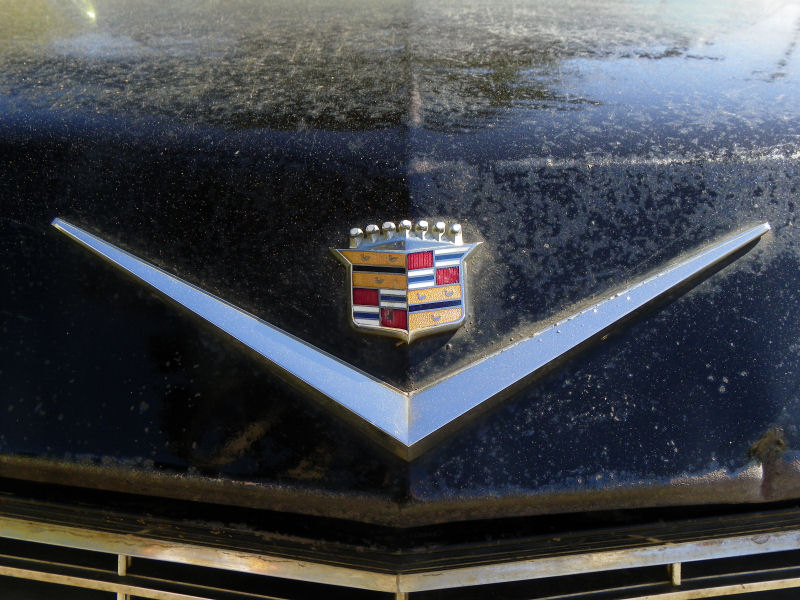 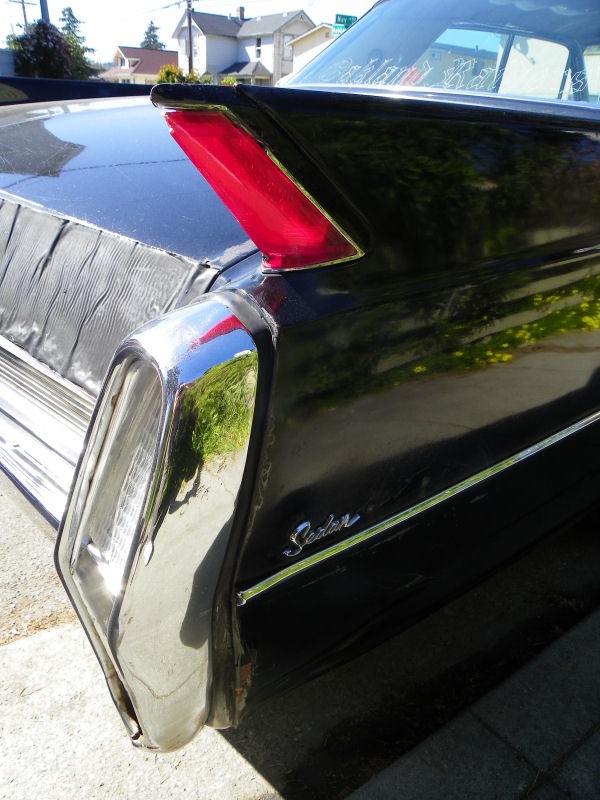 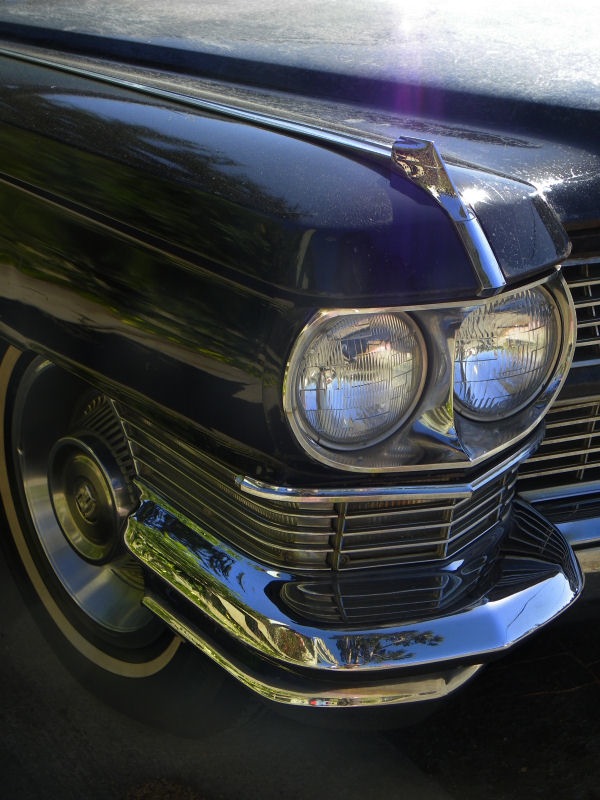 This '64 Sedan DeVille would have been a very classy-looking car when it was new. Painted gleaming black with whitewall tires, full stainless hubcaps and body color fender skirts, and a contrasting white interior, it was a nice mid-range Caddy. Today it wears a bike rack, black tape that I'm almost certain covers severe trunk rust, and various paint wear from a lifetime battling the elements. A lot of the chrome is still good and most of the body still looks solid. Granted, it's not the best example of its kind on the roads, but it's a survivor. If anything, this is the kind of car that should be documented, before it ends up lost forever in a scrapyard.
Posted by Jay Wollenweber at 12:00 AM