The Dodge Custom 880 is one of those strange parts-bin special, stop-gap solution, forgotten footnote cars that just confuses me. It's also one of the few vehicles I can see on the street - when and if I ever do see one - that can leave me completely clueless as to what it is. Case in point, this 1964 example. I was down in L.A. with my friend to go check on his '79 Lincoln Continental Mark V which was being repaired. A few blocks away sat a well-used sedan that looked like nothing I had ever seen before. What the heck was it? I wondered as we drove past for the first time. A Mercury? A large Rambler? On second glance the greenhouse and door handles looked familiar, and something clicked. 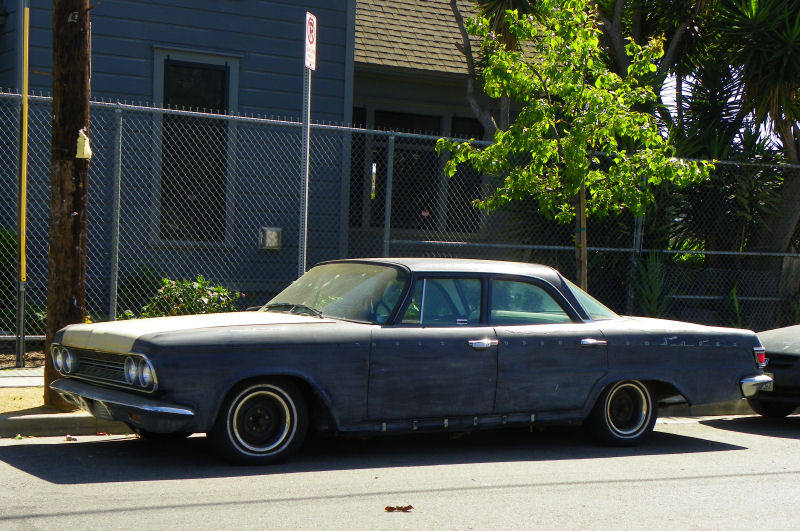 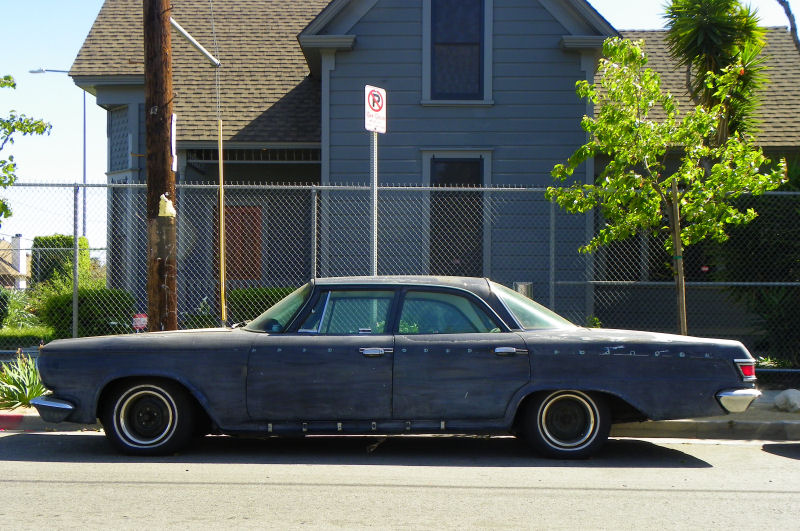 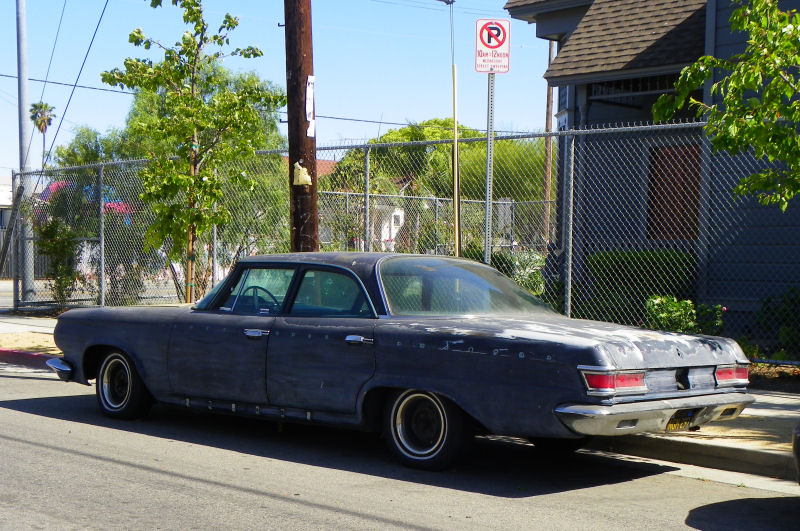 In 1961 Chrysler Corporation made the decision to kill their DeSoto brand. It was a mercy killing in some ways, because the '61 DeSoto was a mess and few people bought them. DeSoto had been a mid-priced brand specializing in large models, much the way that Edsel was supposed to slot between Mercury and Lincoln. Seeing this niche unfilled, and Chrysler brass and designers scrambling to bring their downsized 1962 fullsize models to market, another decision was made. It was a pretty cynical one, because they knew that someone, somewhere, would still want a car like the now-dead DeSoto. And Chrysler pretty much forgot how to style a car in the rush to get it all done to compete with a downsized fullsize Chevy that didn't exist. 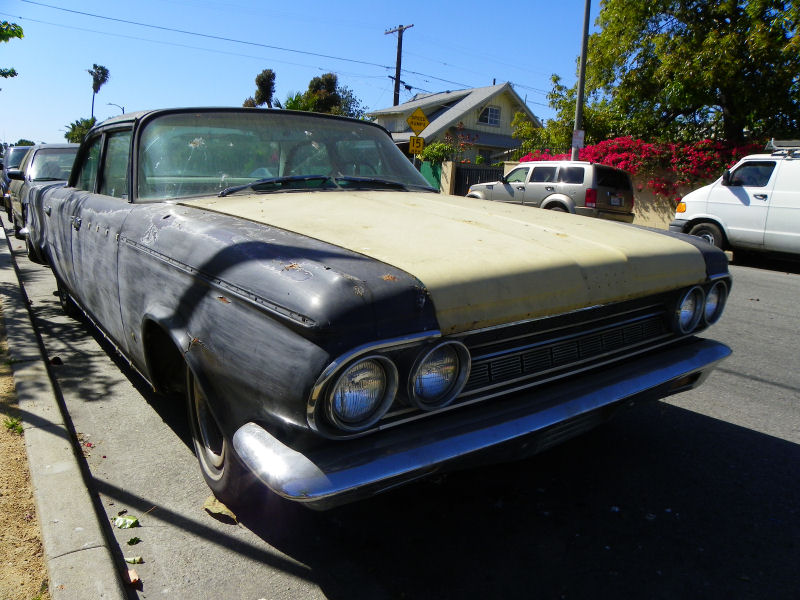 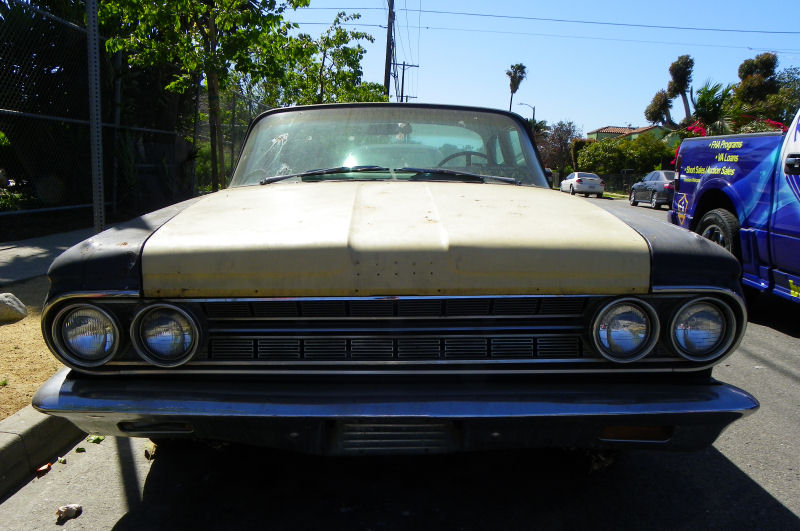 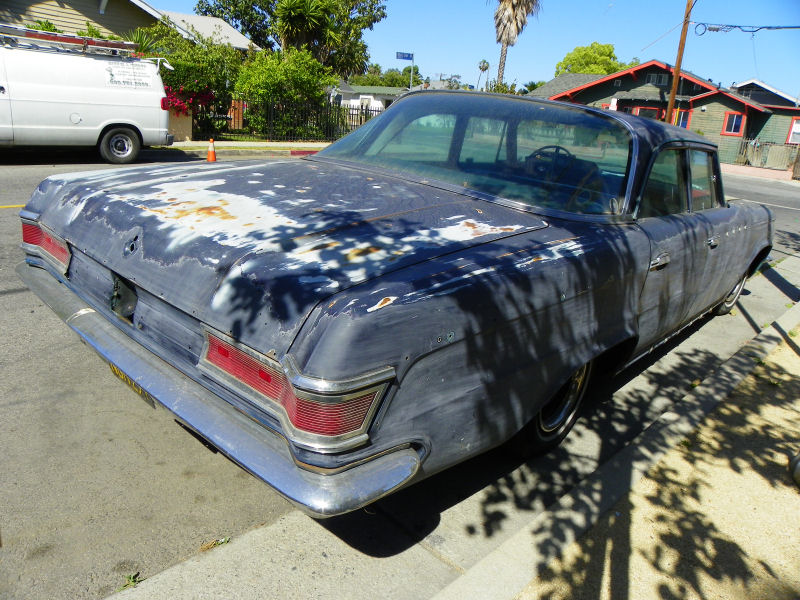 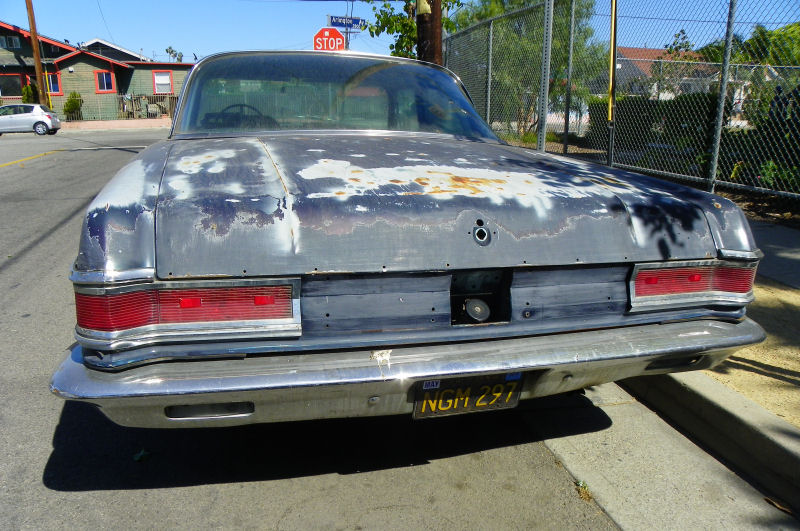 The smaller 1962 Chrysler "regular-size" products were a strange mix of curves, circles and disharmonious shapes. Chevy laughed all the way to the bank with a handsome new Impala that was actually a little bigger than the previous year, and the small car that had Chrysler so scared was the Chevy II, designed to supplement the Corvair in stealing sales from Lancer, Valiant, Falcon, Comet and Rambler. And the Dodge Custom 880 emerged to save the day, clothed in the body of a modified 1961 Chrysler Newport with a 1961 Dodge Polara front end. This was Dodge's new fullsize car, and it didn't even have model designation badges on the body anywhere, let alone a cool name. And the crazy thing was that people actually bought them, to the tune of over 17,000 units in a short model year.
For 1963, Dodge could breathe a little easier. The body shell was still based on the 1960 cars, but it got new front and rear ends designed to incorporate a number of existing parts to keep costs down. Sales rose. For 1964 the sedan greenhouse gained a taller, larger rear window that appears to have been cribbed from the 1960-62 Polara 4-door hardtop. These cars were more than just cheap fleet specials - they were marketed as Dodge's greatest luxury option and actually available with pretty hot powertrains, including a 383 Power Pack V8 with a four-speed on the floor. 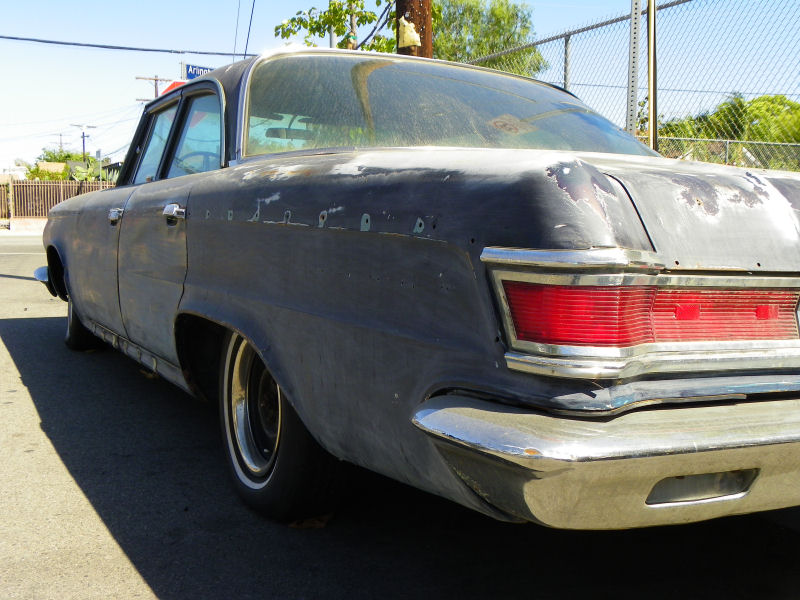 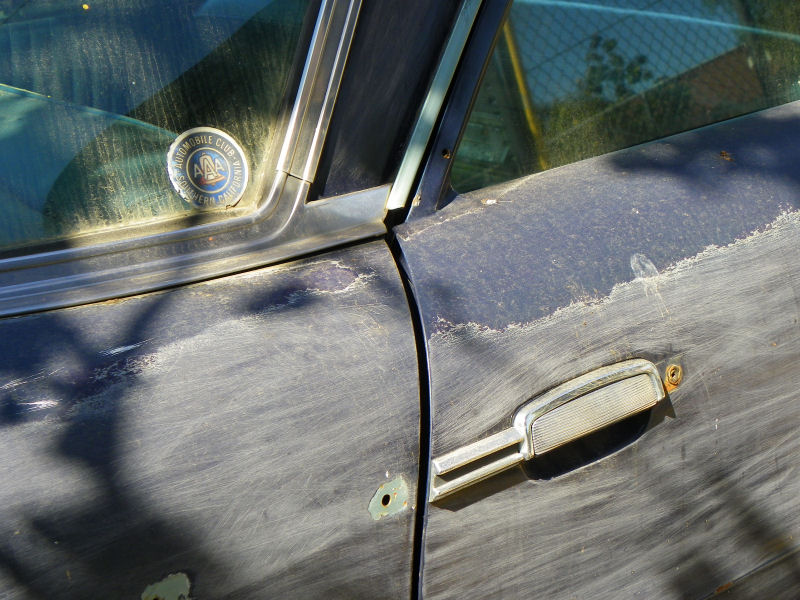 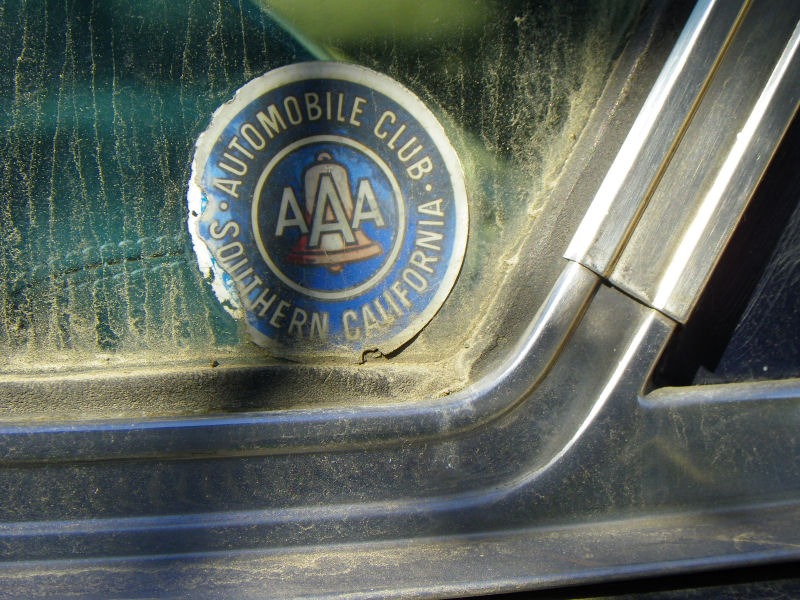 This example appears pretty rough at first glance. It appears to have originally been Aqua or Light Turquoise and later painted a dark blue, which is in the process of being stripped and sanded. Much of the brightwork is also missing, likely to aid in prepping for paint. I wonder where the owner managed to find a replacement hood for this car. Dodge sold a record 31,800 of these things in 1964, the model's best year, but you'd never know it given how scarce they've become. The bumpers are a little banged up, but can be straightened with enough time and effort - or the money to hire pros to do it properly and re-plate the chrome. This 880 can definitely use some love, but it looks like it's gradually going to get some and hopefully will see restoration to at least a decent driver status.
Posted by Jay Wollenweber at 12:00 AM