Avid readers will already know that I love the Ford Falcon in almost all of its forms. Australian friends, that includes many of the Falcons sold down under as well. And speaking of Australia, the car-based coupe utility pickup, or 'ute', is virtually a way of life in that country. Here in the states, it's more of a novelty, but the Ford Ranchero is one of America's best known and most popular utes. I featured a 1968 Ranchero years ago, a larger version based on the redesigned Fairlane and new Torino. That version was more akin to the Ranchero's roots as a large Fairlane-based pickup from 1957 to 1959. For most of the 1960s, though, the Ranchero existed as a compact Falcon variant, and again as a Fairlane for 1967. 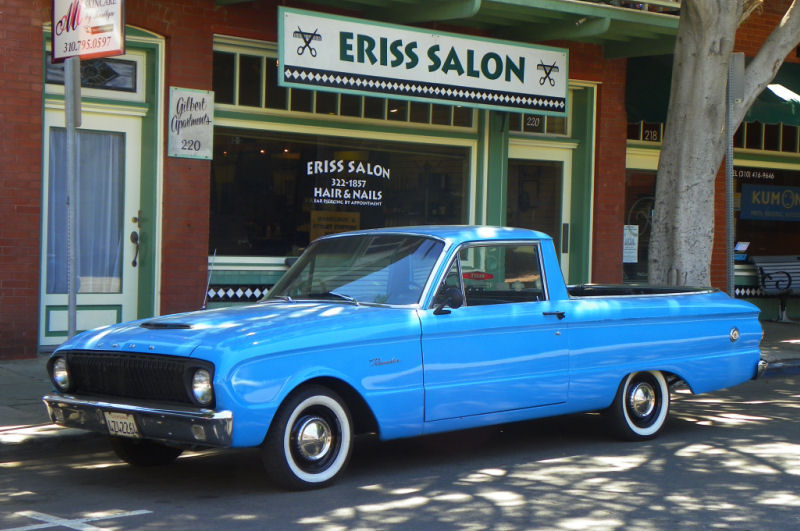 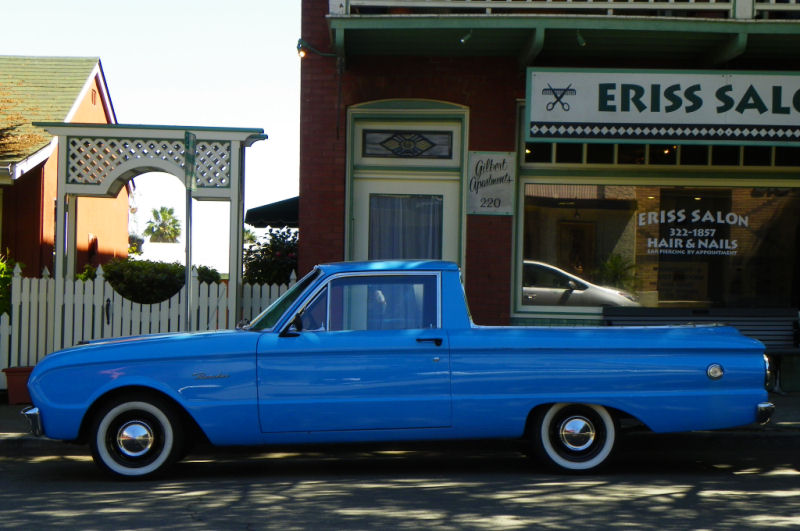 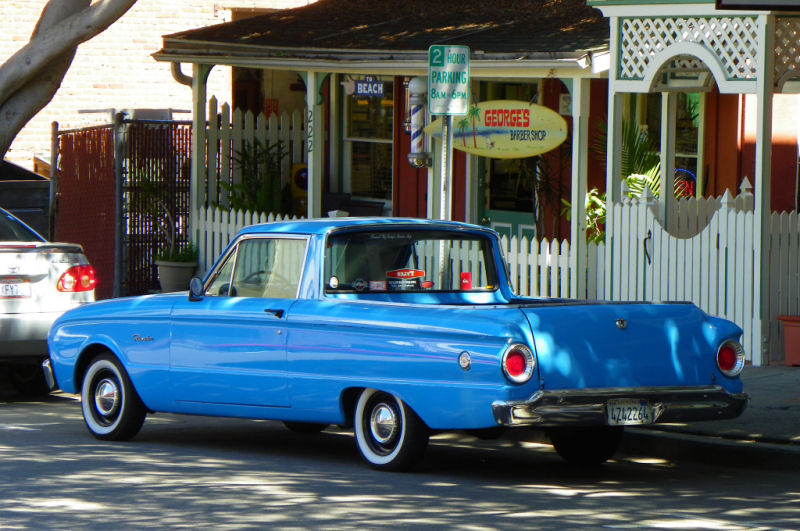 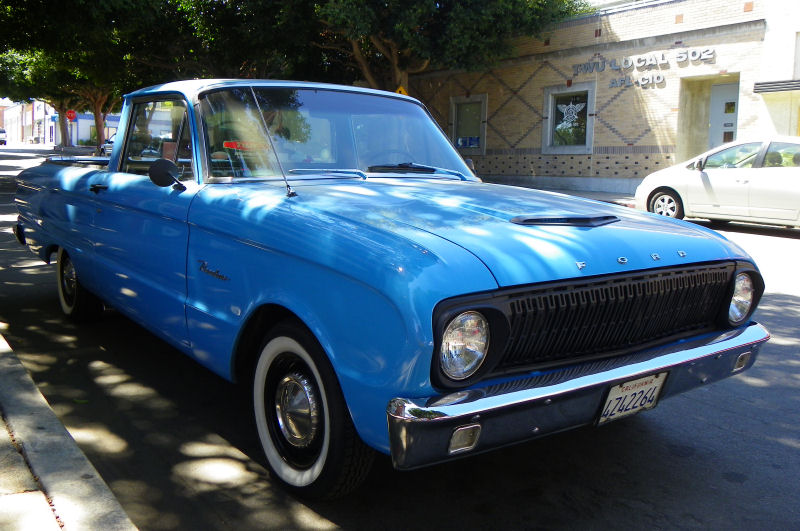 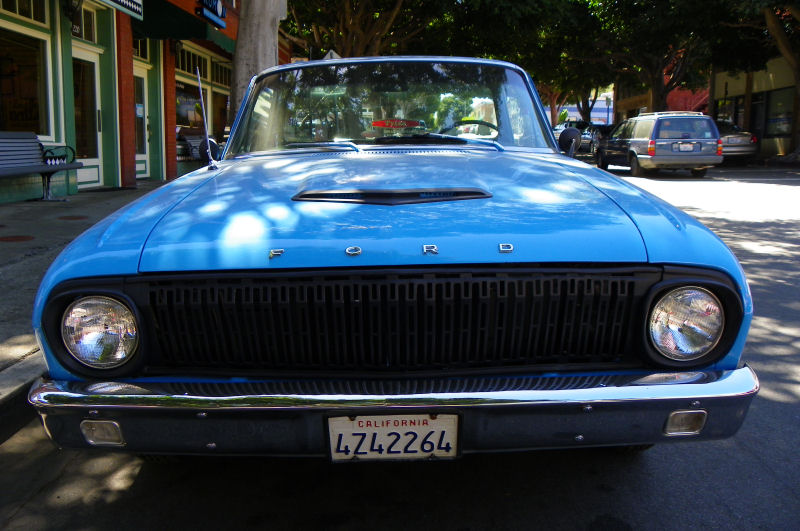 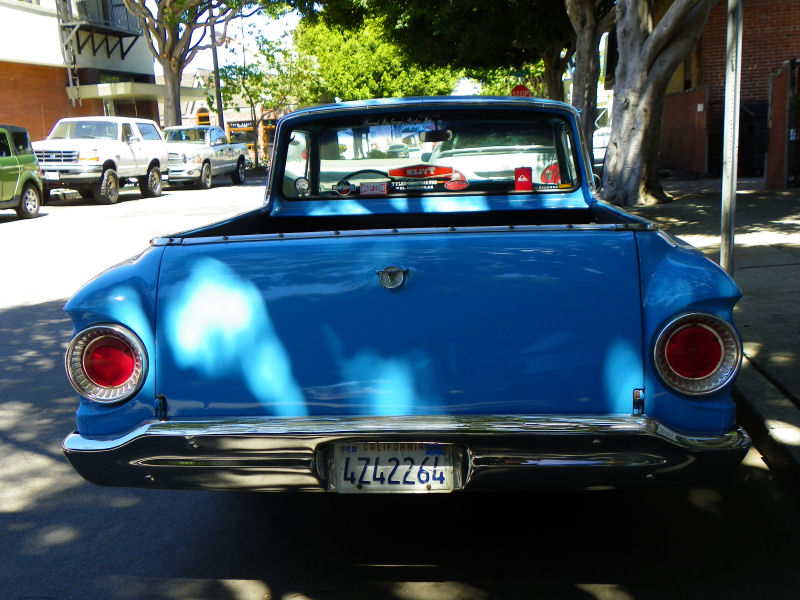 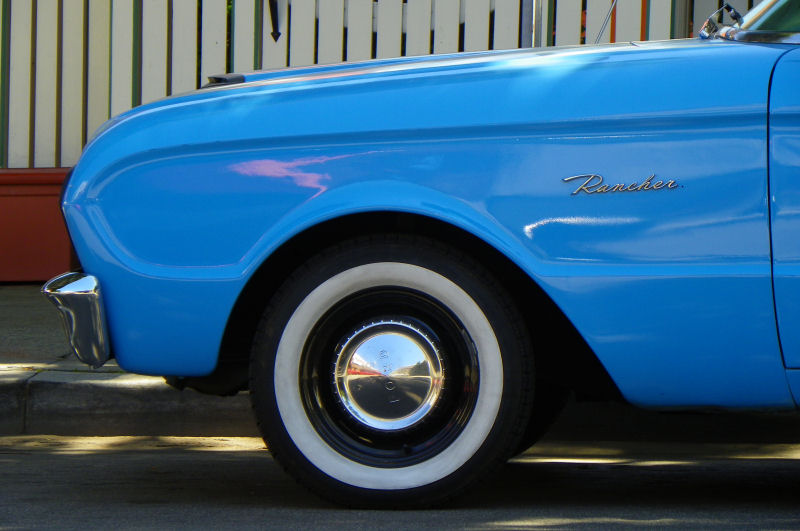 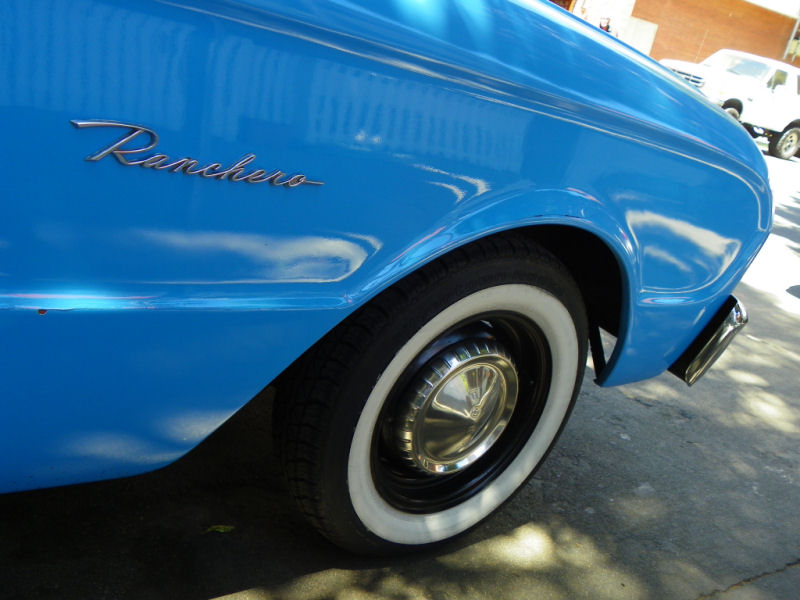 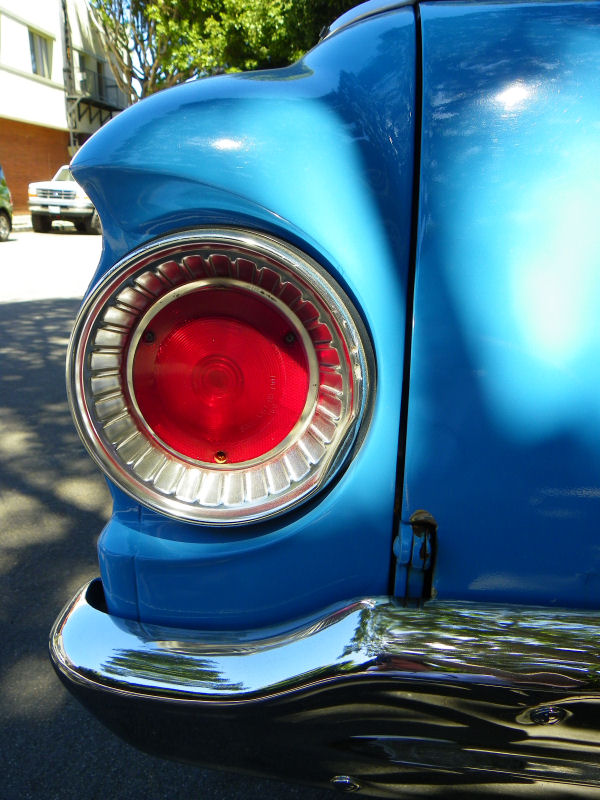 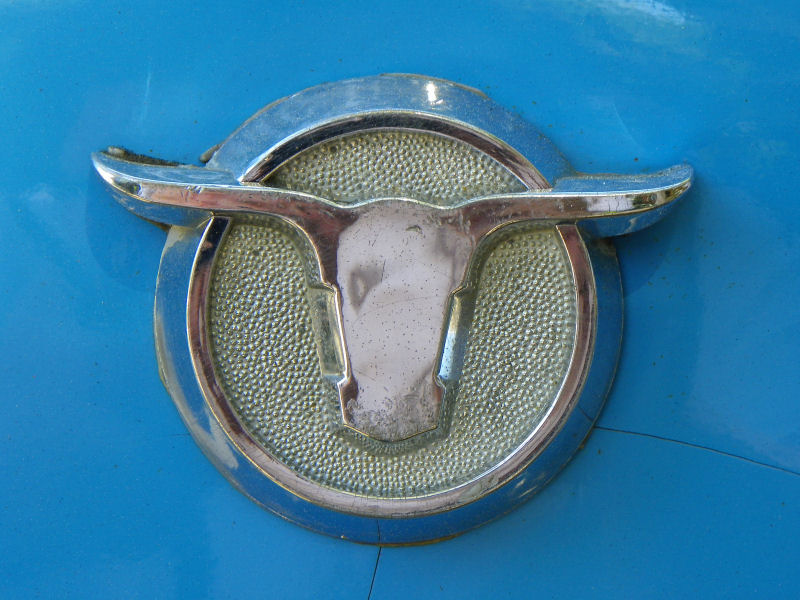 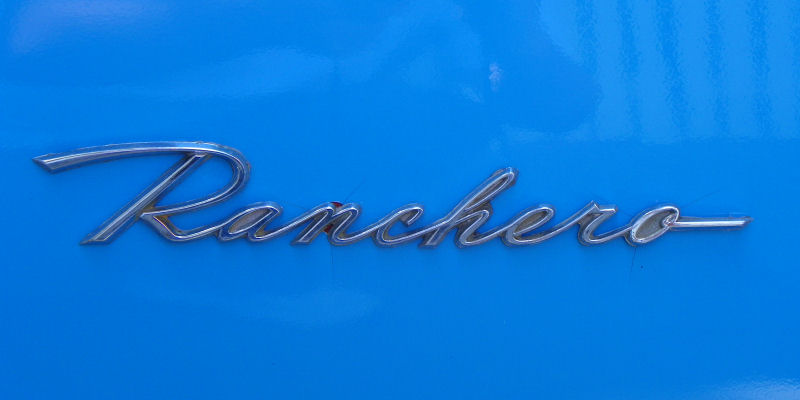 In 1962 it wasn't possible to order a V8 engine in a Falcon. You could get an anemic six or a passable six, as it was a no-frills economy car and a 260 V8 was still one year away. Of course, being smog-exempt for many years now, people will stuff in whatever engine they want. This example has been kept clean, a nice light blue color with black steelies and whitewalls with dog dish hubcaps - a combination I haven't previously seen on a Ranchero and one that I actually like a lot. I'm less enamored with the blacked-out grille and door handles, and the window stickers. I wouldn't mind the black grille if the surround and headlight bezels had been left chrome, but I definitely would have left the door handles as chrome. On closer inspection, the hood trim (also blacked out) has been modified. It appears that holes have been drilled through the hood to create a functioning air intake scoop. The exhaust system is completely hidden, so what powers this little trucklet is anyone's guess. Actually, according to a sticker on the rear window, it's powered by George's Barber Shop. George must need the extra air to keep those rear wheels turning.
Posted by Jay Wollenweber at 12:00 AM