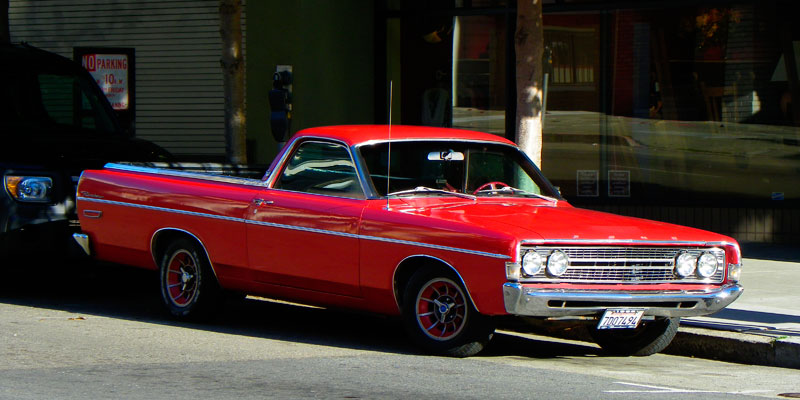 Is it a car? Is it a truck? Yes. Debate has raged for decades as to whether the Ford Ranchero and its competitor, the Chevy El Camino, should be classified as either. Both are car-based, but sport a pickup bed. To me, it's a truck. To the Australians, who created the concept of a "coupe utility", or "ute", it's a way of life. 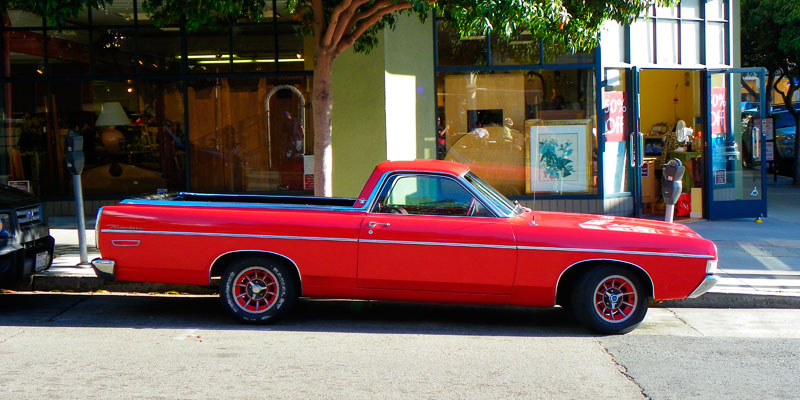 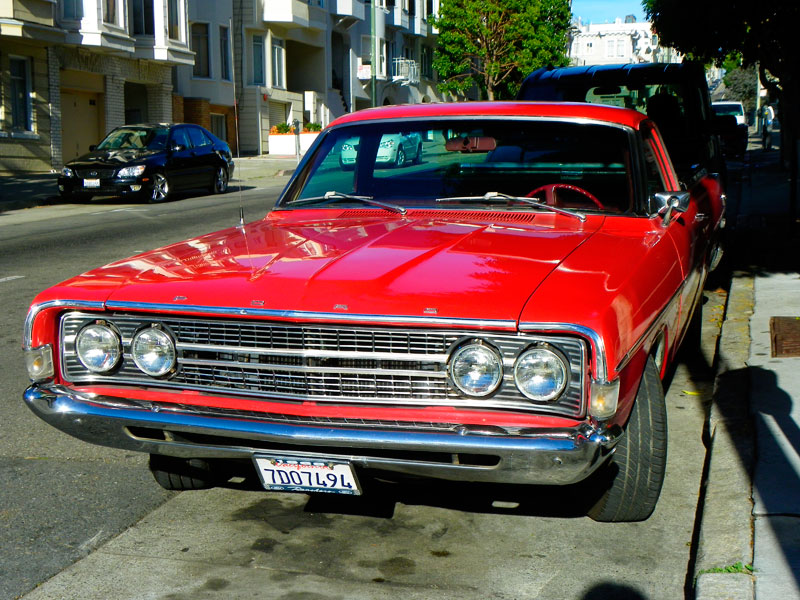 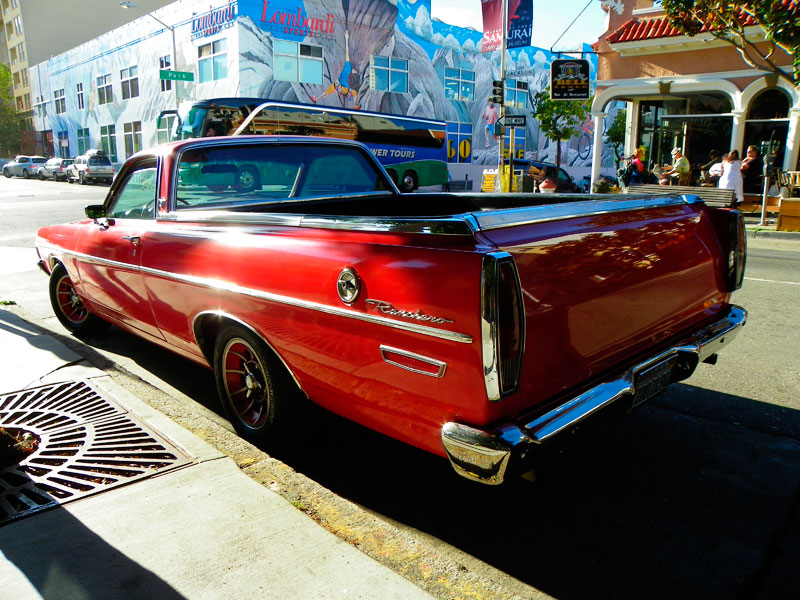 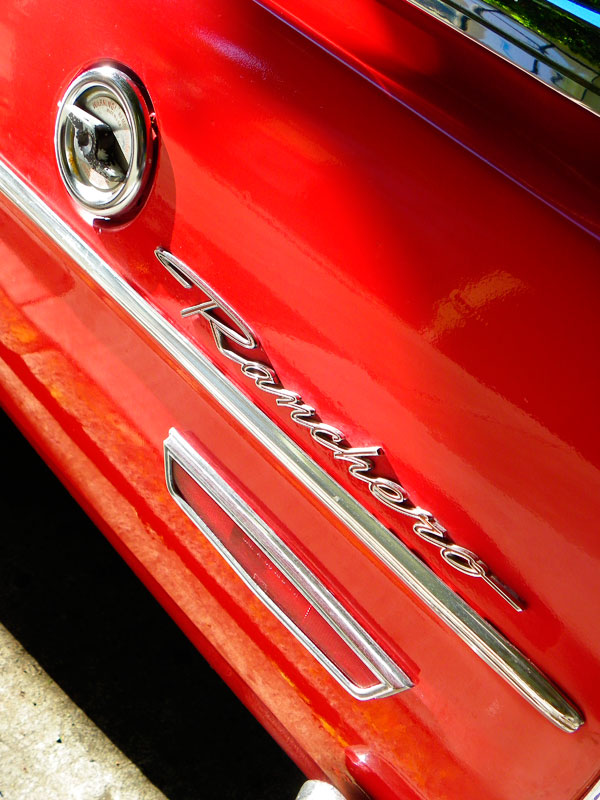 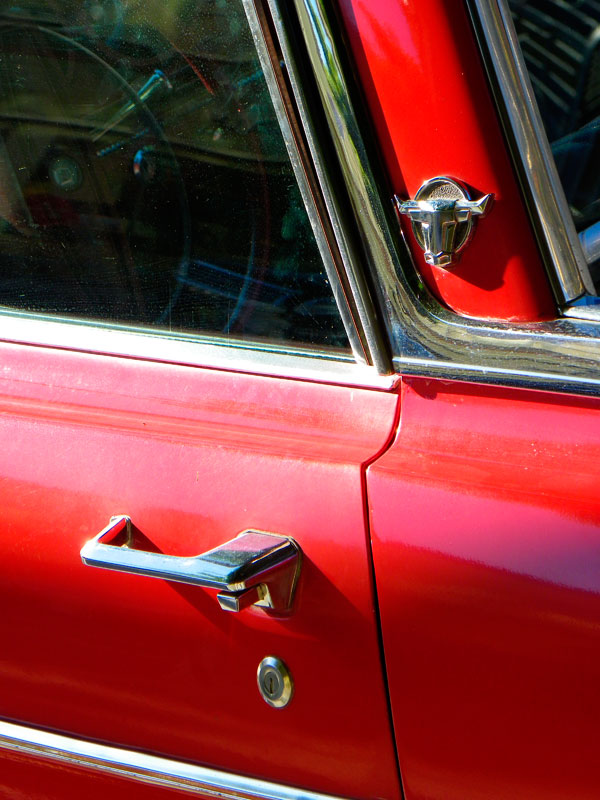 The Ranchero was introduced in 1957, based on the Fairlane passenger car. At the time, it was created basically by hacking the back roof off of a two-door Ranch Wagon and making a pickup box out of the passenger space behind the front seats. The Ranchero would remain in production until 1979.
This one is a 1968 Ranchero that looks handsome in a bright red. It appears to roll on American Racing "Vector" wheels (for those of you who remember the Dukes of Hazzard, that's the same kind they put on the General Lee) with custom red accents and spinner hubcaps. I'm not wild about the red wheel accents, but the basic wheel design is fine by me. It needs a set of four white letter tires though. The body's in good shape and it sounded good when the owner was driving it. It's a well-kept little ute and a fine example of the breed.
Posted by Jay Wollenweber at 2:24 AM