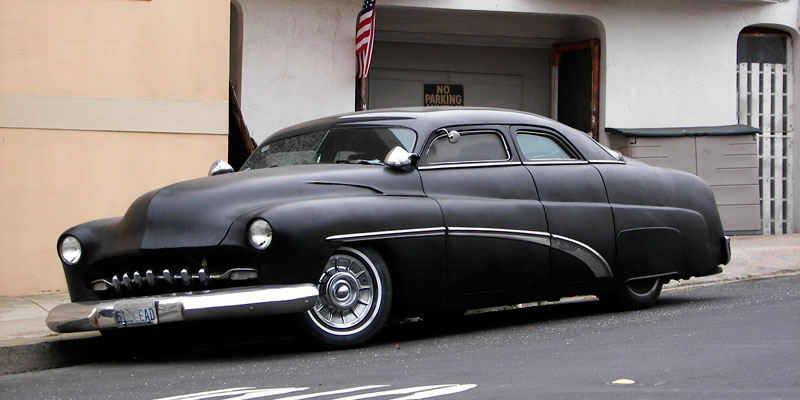 Most of the cars featured here have been largely stock. Maybe a few have custom wheels or paint, but actual custom body work has been rare. This changes all that. It's a 1951 Mercury Sport Sedan which has been chopped and dropped into a "lead sled" lowrider. It basically looks nothing like a standard Mercury, with its roofline significantly altered, side trim changed and stock wheel covers replaced with units from a late-'50s Cadillac. The aesthetics of this suede sled aside, there's a lot of hand-formed sheetmetal here. My question is, if you're going to go to the trouble of building a lead sled, why not do a better job of it? It may well be a work in progress, but you don't just paint over rust holes. Why not fill the gap between the top and bottom halves of the window frame trim? When the top was chopped, they lined up the halves pretty well, but they don't look connected. 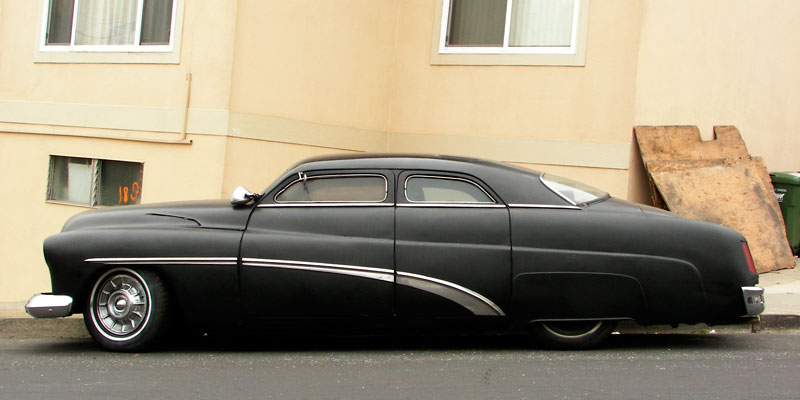 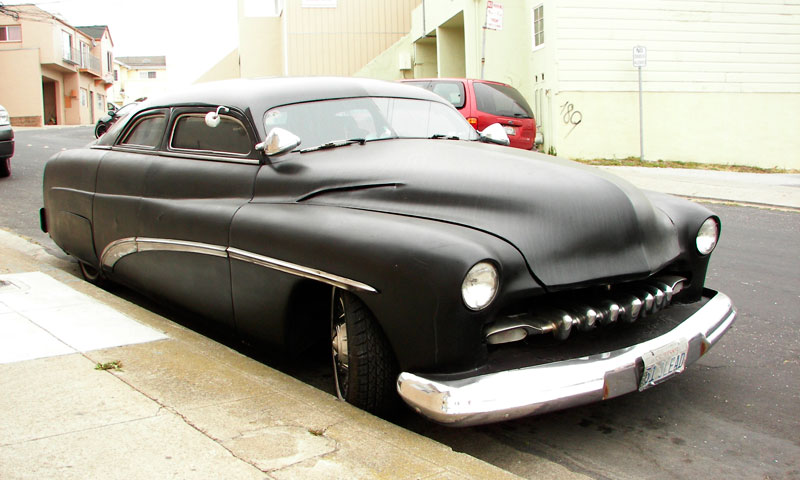 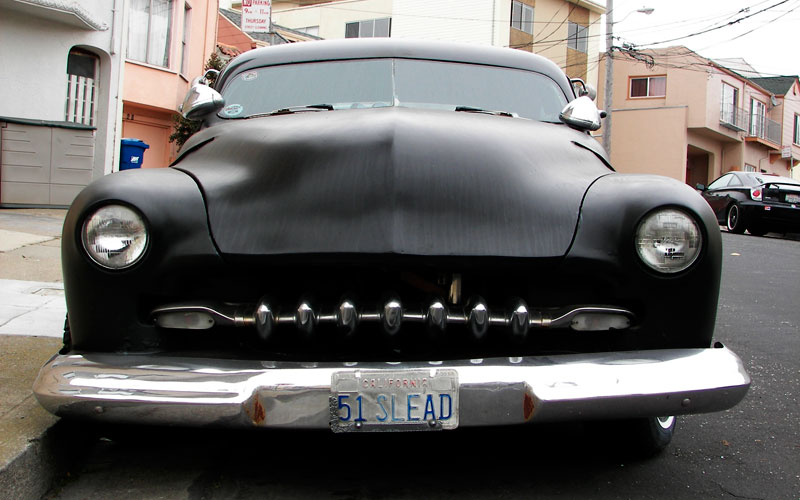 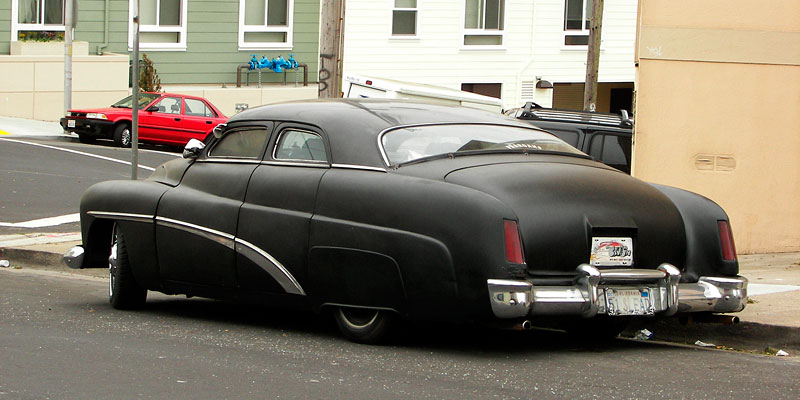 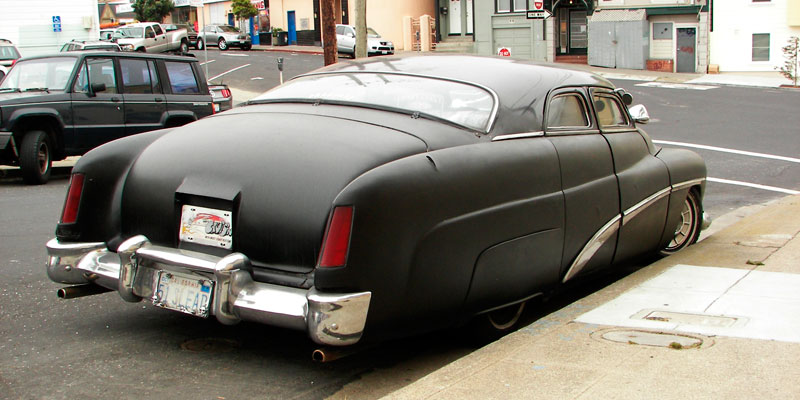 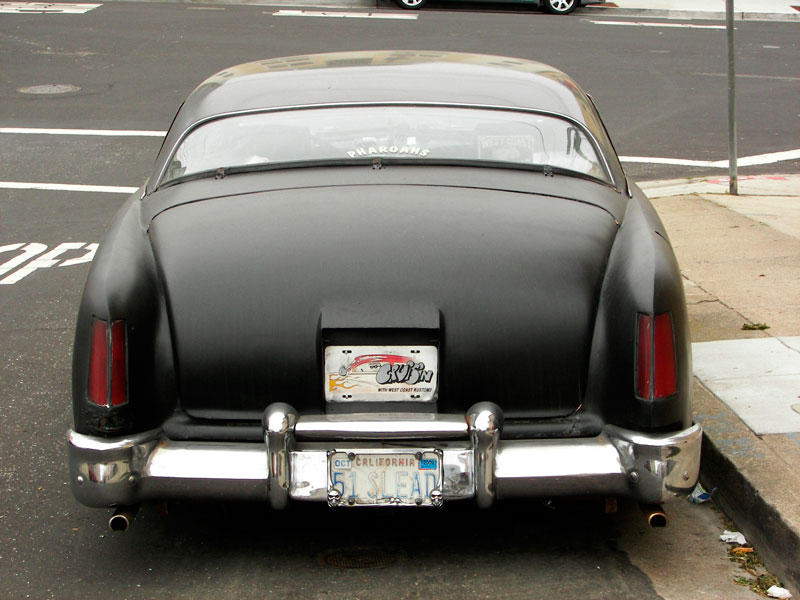 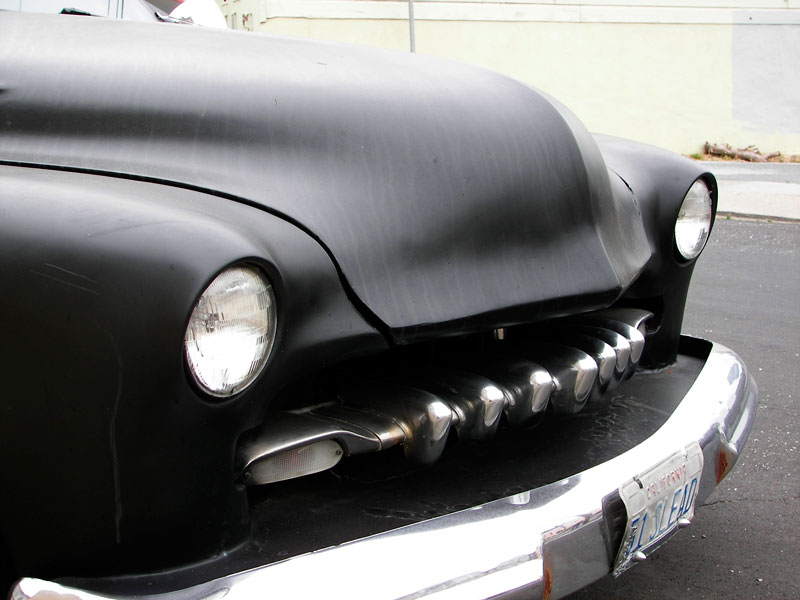 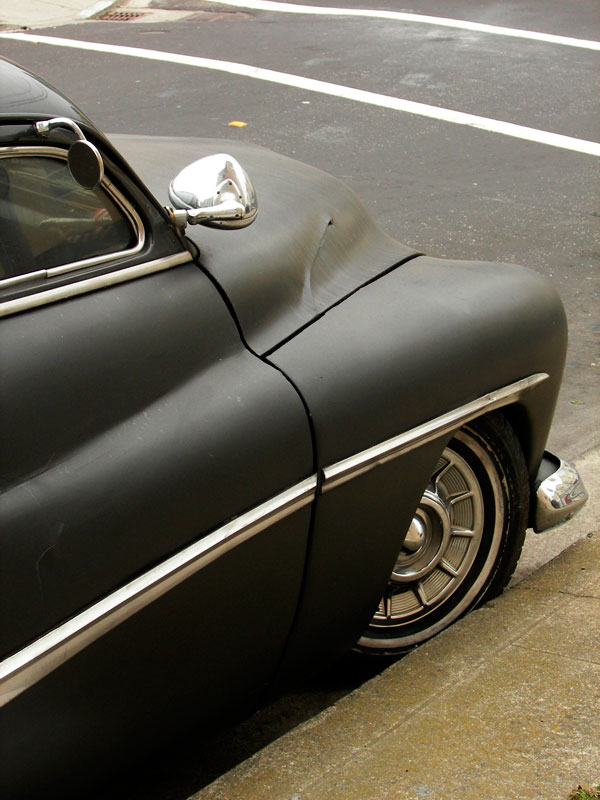 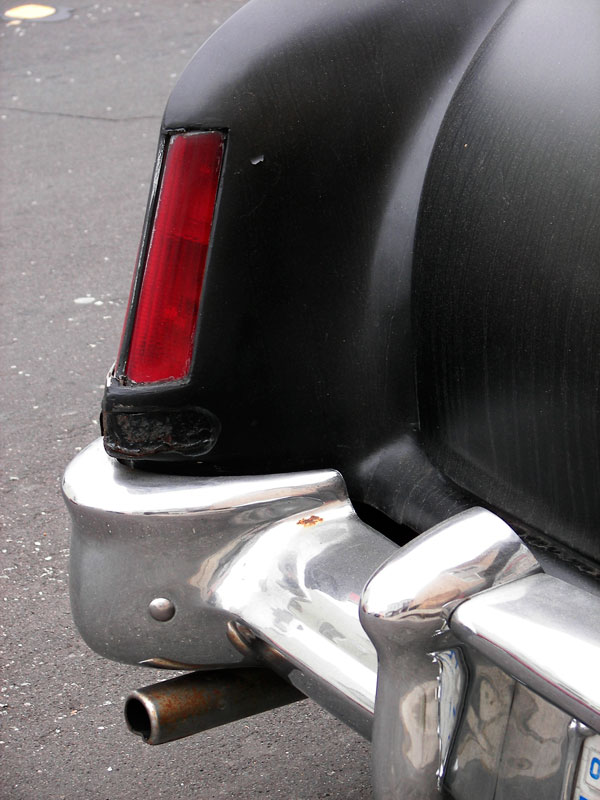 1951 wasn't a very adventurous year for Mercury's stylists. The cars were warmed-over designs based on the revolutionary new-for-1949 Mercurys. Sedans had rear suicide doors, possibly to make up for the small size of the door for ease of entry. By 1951, the design language was getting a bit stale. The newest component was the taillights, which would look similar to this until 1956. It's been said that the 1949 Mercury looked like a hot rod from the factory. That, of course, never stopped thousands of owners from cutting a few inches out of the top and painting flames all over. The mods done to this one are fairly generic as lead sleds go.
What really gets me though, are the scallop things on the sides of the hood. They don't appear to serve any purpose and aren't particularly attractive. I'm ambivalent on the whole car. It means something to someone, though, and as long as it makes that person happy, that's what the custom car hobby is all about, right?
Posted by Jay Wollenweber at 10:26 PM