Someone somewhere had to recognize the irony of a car company building a vehicle called the White Super Power at a time when Hitler's Nazis were steamrolling over Europe. This fact was not lost on other manufacturers such as Studebaker, who dropped the name Dictator from their lineup in 1937. The Studebaker Dictator had been so named because it 'dictated the standard' for its competitors. But by that year the word 'dictator' was not fashionable. Likewise, White Super Power refers to the White Motor Company flathead six-cylinder engine under the hood, not to any racist tendencies or support of Hitler on the part of the manufacturers. 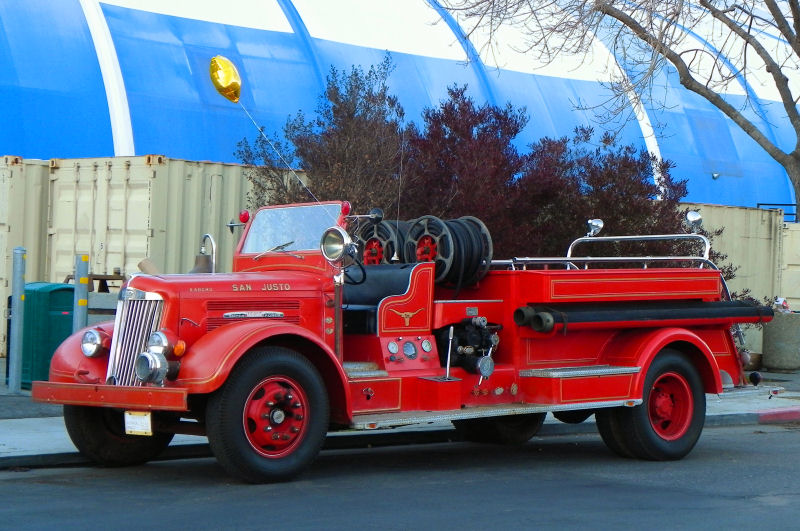 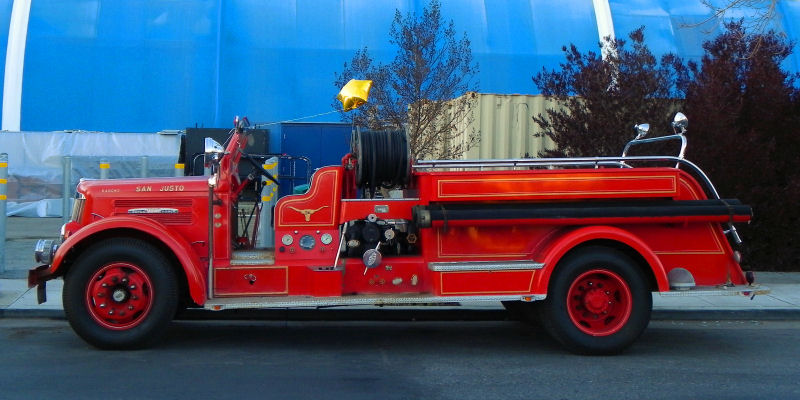 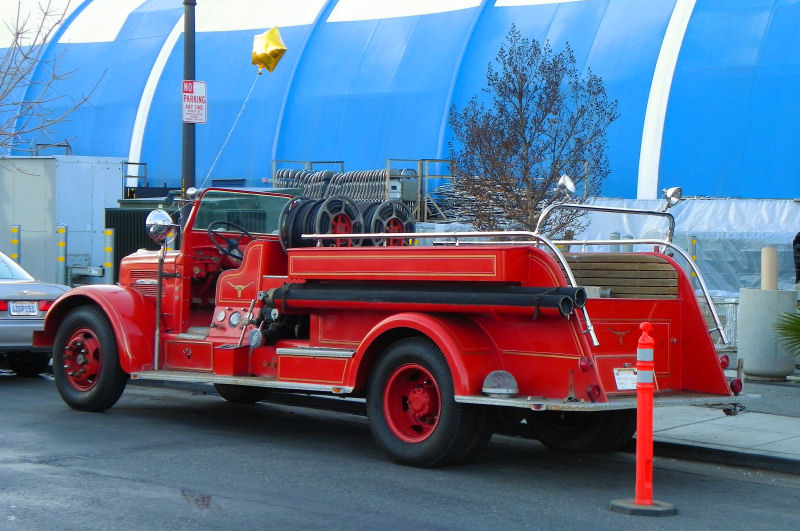 White used to be a big truck builder and at one time owned such brands as REO, Diamond T, Sterling and Autocar. They also founded the Western Star truck brand. White Motor Company ran out of money in 1980 and was purchased by Volvo Trucks, which later also bought GMC's commercial truck division and produced White-GMCs in the late 1980s. Today the only remaining commercial trucks sold with any relation to White Motor Company are the Autocar Xpeditor, which I've most commonly seen configured as garbage trucks. 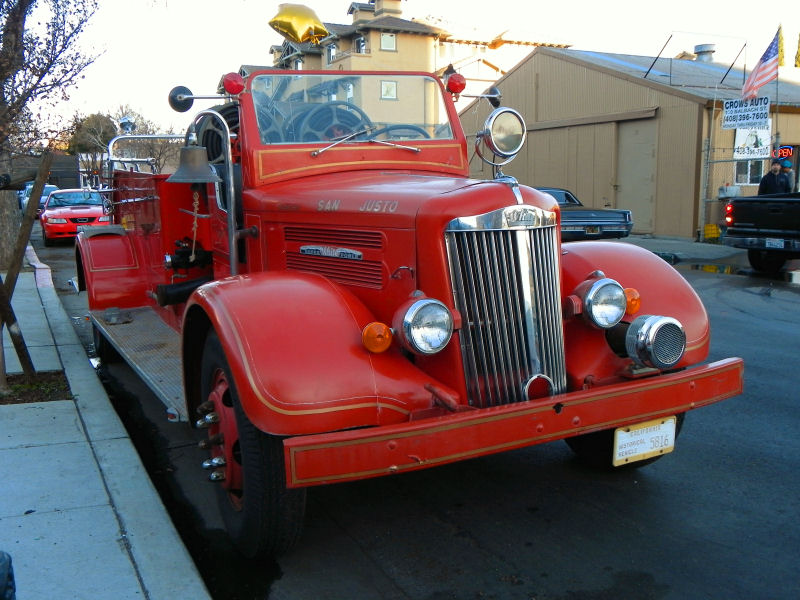 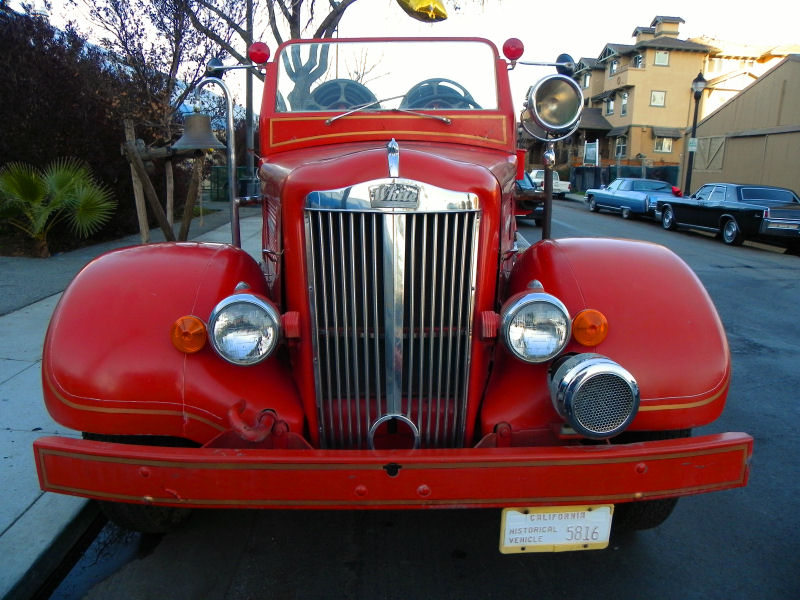 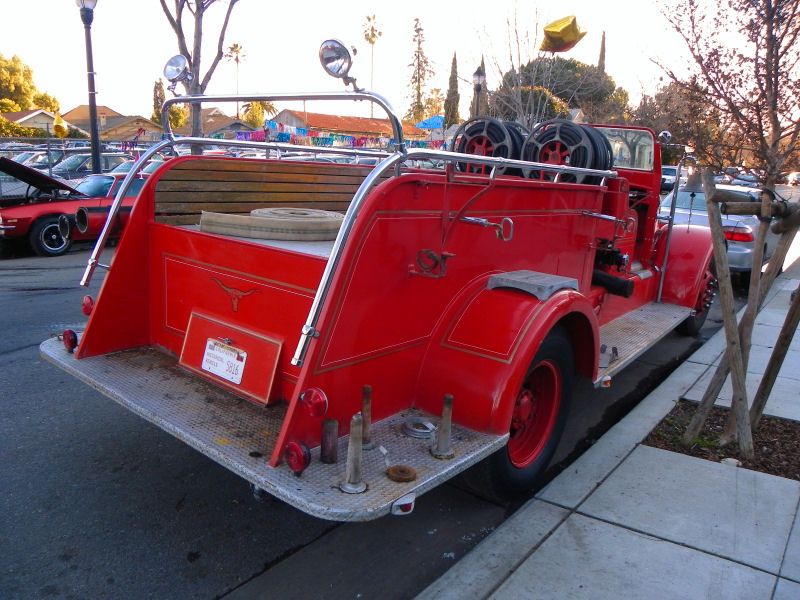 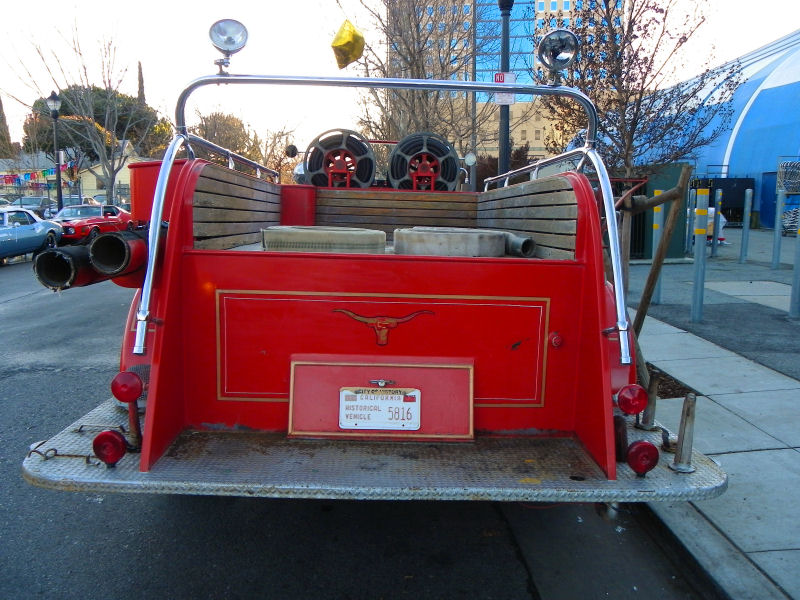 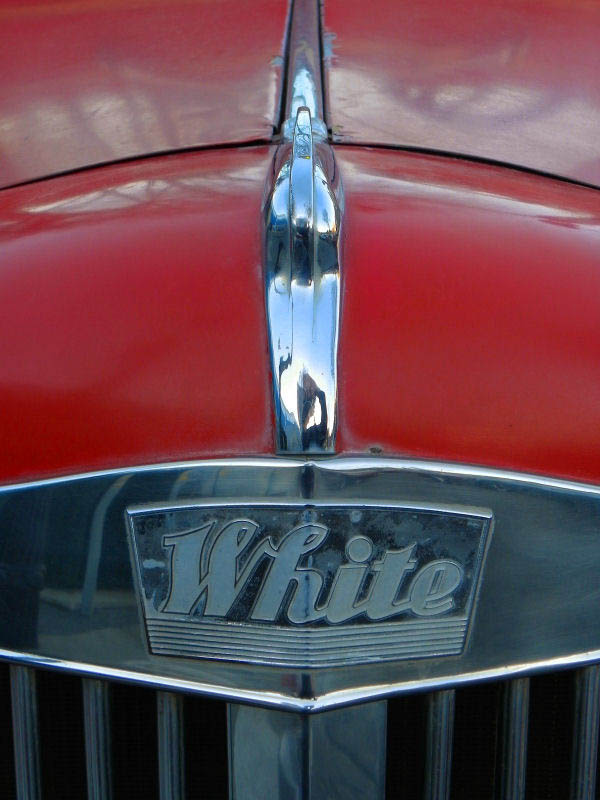 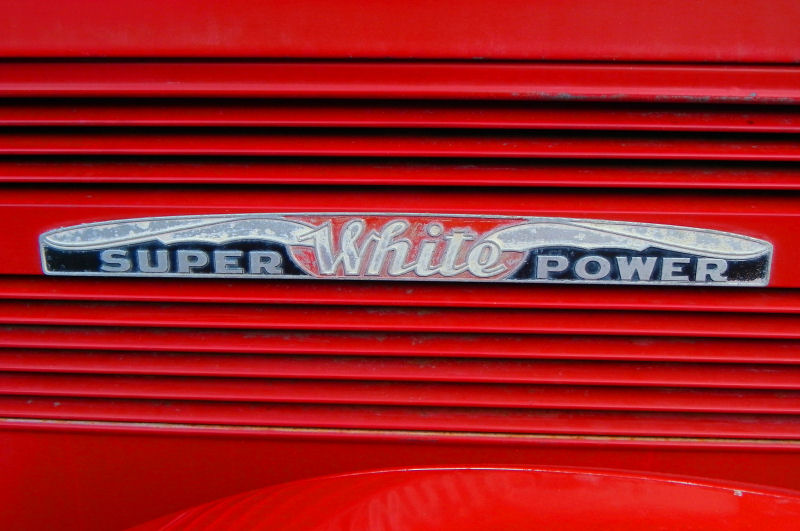 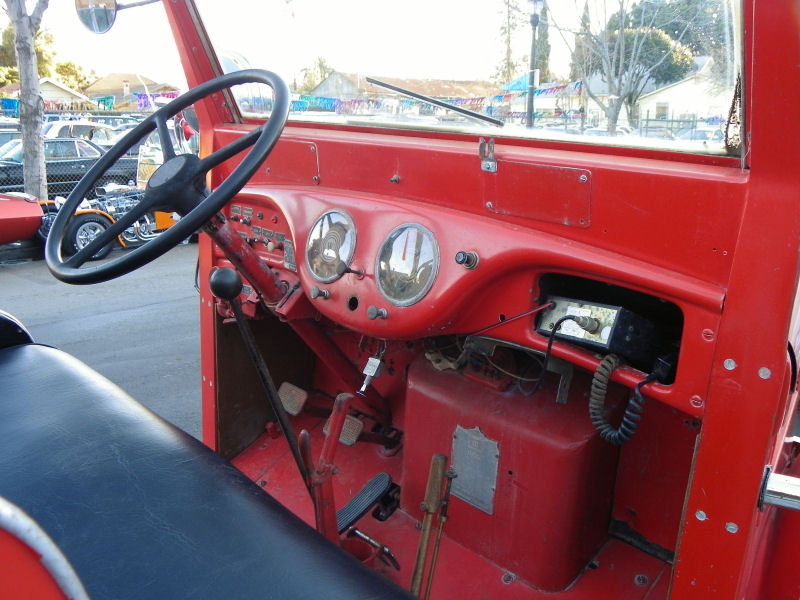 I can find surprisingly little information on White fire trucks of this era. In fact, much of what I know about this truck came from the for sale listing from the used car dealership across the street from where I photographed it. They were offering this rig for $6,995. It appears to have once done service in Rancho San Justo, near the city of Hollister in San Benito County. I figure whoever ends up with it will have a nice truck for small town parades and such, or just cruise around for the sake of turning heads.
Posted by Jay Wollenweber at 12:00 AM