Were this '32 Ford roadster not a local car that I see on a semi-regular basis, I might consider it cheating to have photographed it half a block from the barricades of a car show. The town of Danville holds two 'Hot Summer Nights' car shows every summer, where they close off the main drag for the afternoon and evening and a few hundred cool cars roll in to be viewed by the general public. It's fun and free. Well, free for spectators, that is. Those who get there early can park their special rides just outside the boundaries and avoid the $15-20 or whatever the car entry fee is.
So technically this Deuce isn't a show car. Technically it's a spectator's car (and is parked in almost the same spot where I photographed the 1972 Ferrari 365 GTC). Note the car behind it. That's the 1963 Buick Wildcat convertible I photographed several blocks away on the 4th of July. This mint-colored hot rod is frequently driven and often parks at a sports bar in my town. I had photographed it once before in the parking lot at the bar, but this was the first chance I'd had to find the car parked on a public street. So here it is. 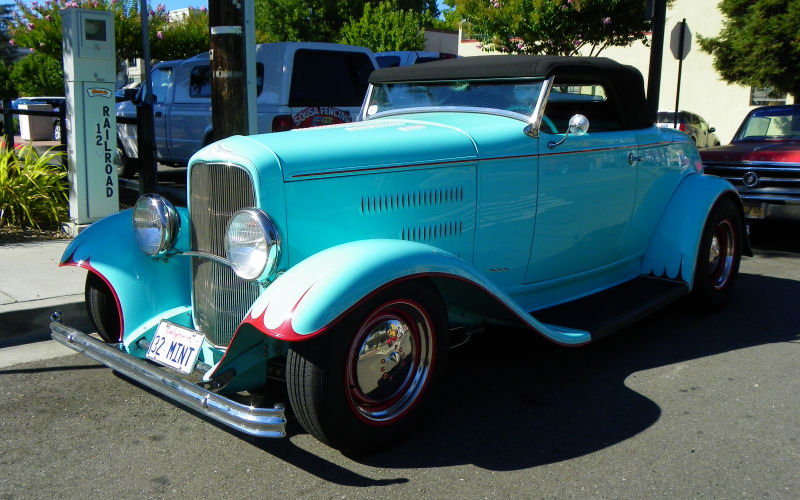 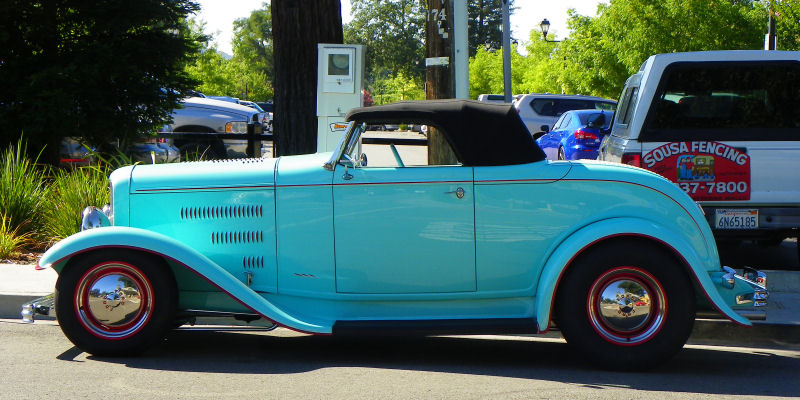 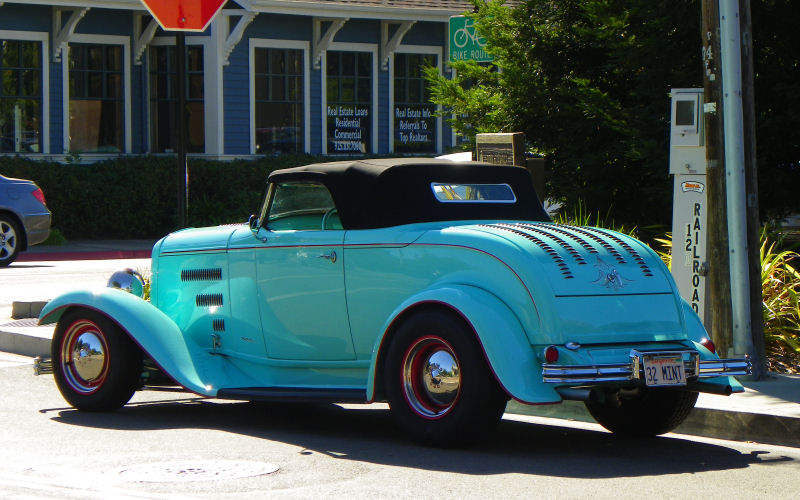 I typically get skeptical about '32 Ford roadsters. Every summer the Goodguys car show at my local fairgrounds dedicates about four rows on the grass to 1932 Fords. Last year someone brought a 1932 Chevy and parked it in with the Fords, probably to mess with people. It was the one car I really noticed, because the majority of the "1932" Fords there were modern replicas made from fiberglass. I'm bored of fake hot rods. I've effectively programmed myself to expect that any '32 I see is a replica unless it can prove otherwise. 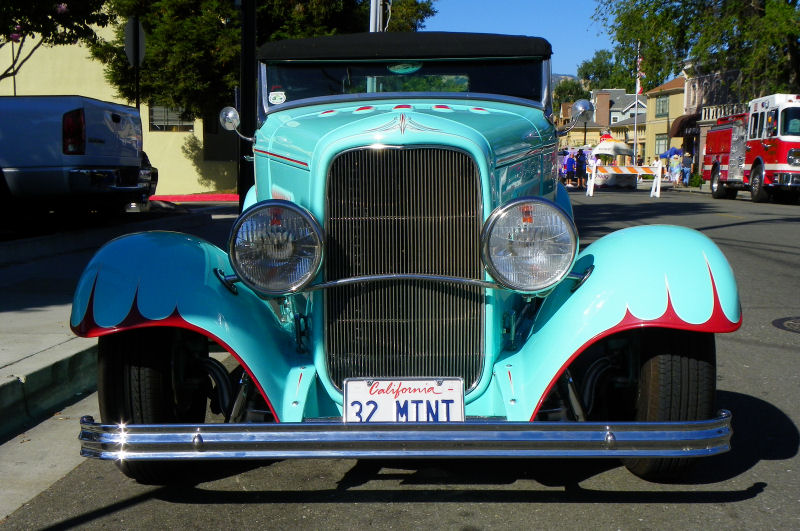 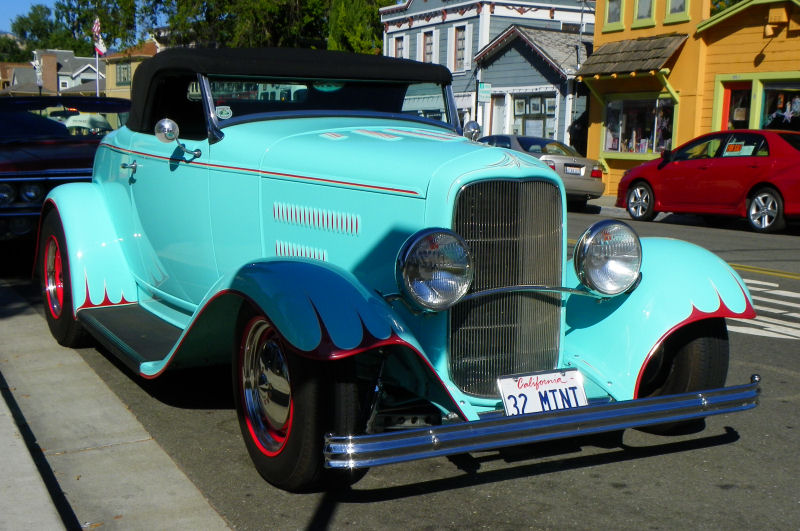 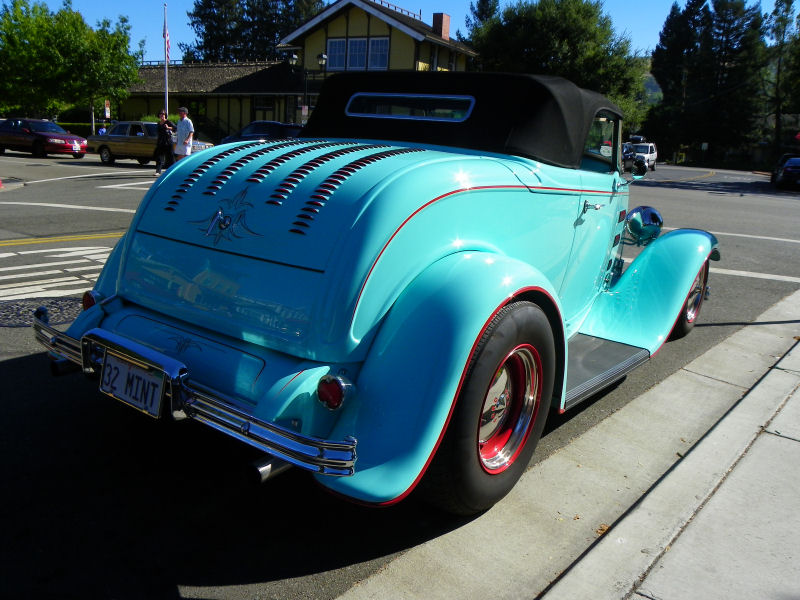 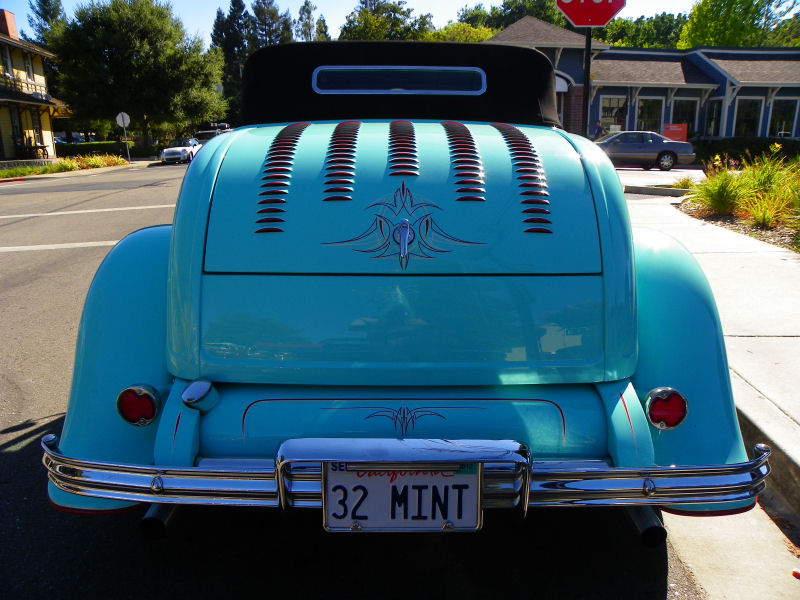 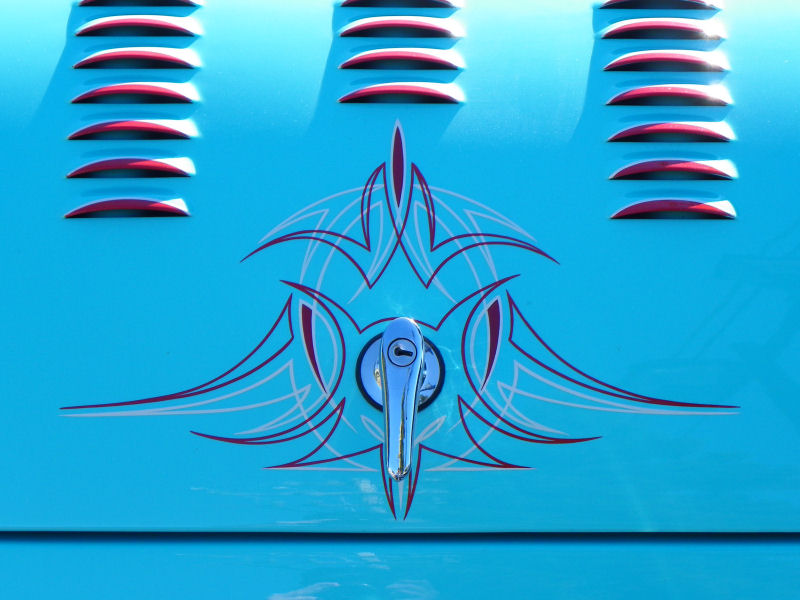 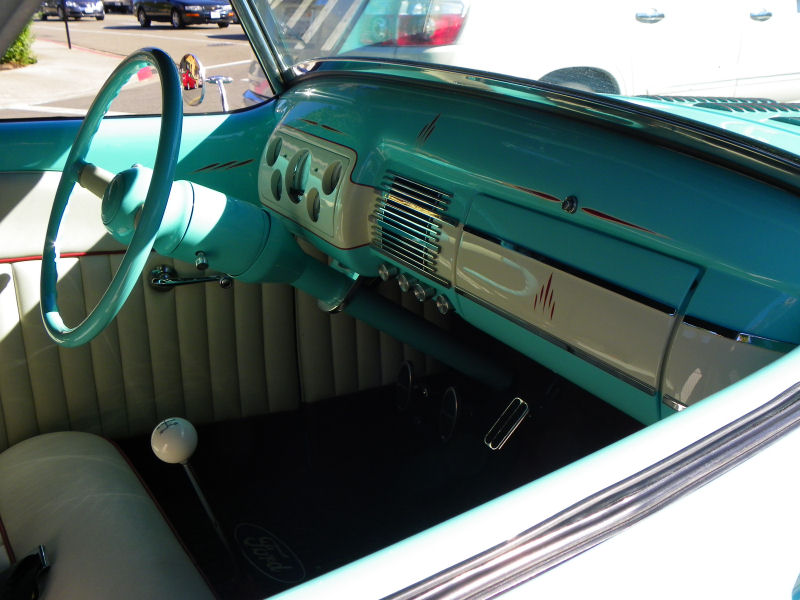 That said, this Deuce looks pretty legit to me. I'm not a huge fan of the color choices, but it's a clean example. The red steel wheels with trim rings are a nice touch, though the flat 1950s Ford hubcaps strike me as a tad bland. Someone went a little bit crazy with louvers all over the hood and trunk. Where this car really shines for me is the interior. The white tuck 'n roll upholstery with red piping and mint green and white dash accents and steering wheel look great. It's pretty safe to say some manner of V8 (hopefully Ford) powers this roadster, and it's hooked to a 5-speed manual gearbox. The body is very well taken care of and the chrome is flawless.
This roadster isn't to my taste. There's a lot of stuff I'd do differently, but I'm also not the kind of person who would own a '32 Ford. I'm just not a hot rodder like that. It's a custom car tailored to match its owner's personality (maybe he's a dentist?) If it's all original Dearborn steel built with Henry's blessing, more power to the owner. And if it isn't, keep it to yourself because I'd hate having to change the title to "Replica".
Posted by Jay Wollenweber at 12:00 AM