I love Bernal Heights for car spotting. It's a gold mine for old and unusual vehicles, most of which are daily drivers with various stages of patina. Here we have a 1962 Plymouth Valiant sedan. The Valiant was introduced in 1960 as its own brand, sporting a radically styled body and a new slant-six engine. It competed with the Ford Falcon and GM's compacts, intended to provide large car space without the large car dimensions and mileage. The separate brand identity only lasted one year before it was folded into the Plymouth lineup, but the Valiant built a reputation for reliability and toughness. 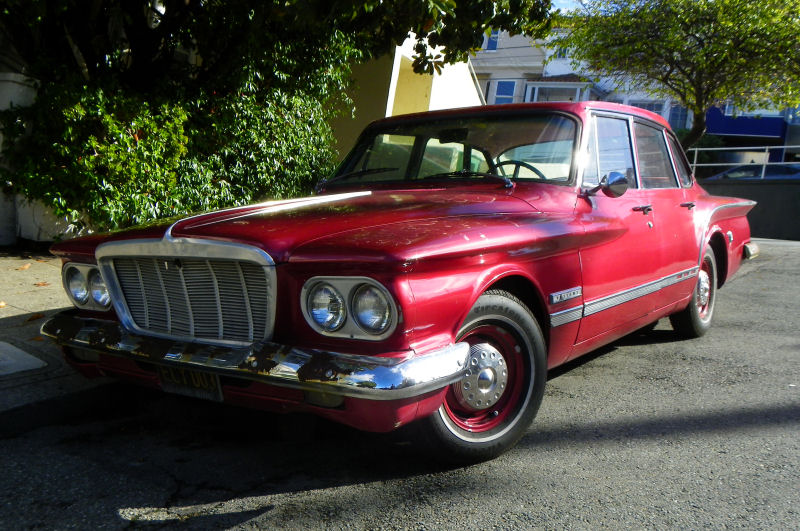 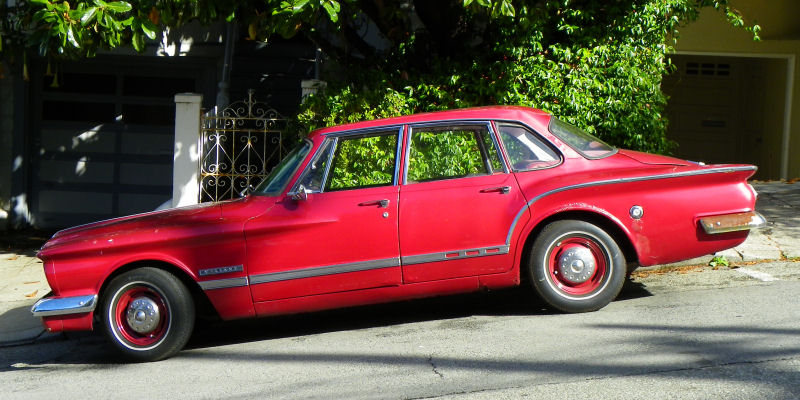 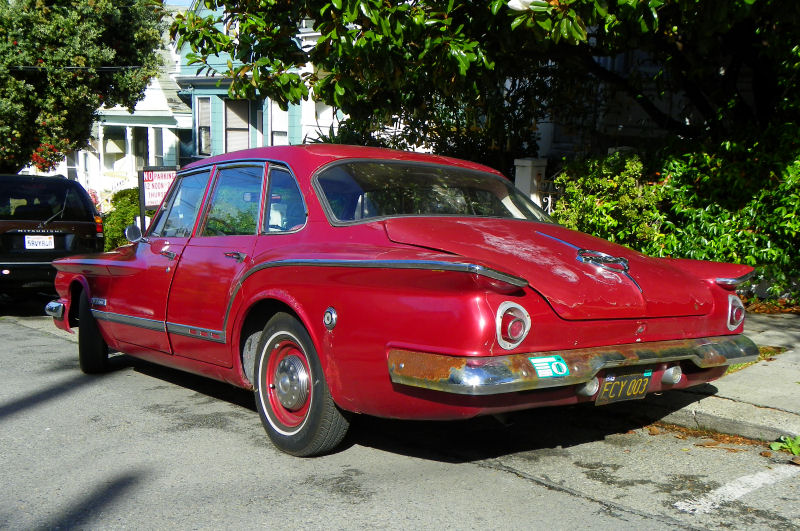 This one looks like a low-spec example judging by the steel wheels with poverty caps. The paint doesn't look original because of the peeling clearcoat (did they use any kind of clearcoat in the 1960s?) but if it were, it would be Cherry Red. The body, true its name, has done a good job of fending off rust and is remarkably damage-free. I wish I could say the same of the chrome, which has peeled badly and the bumpers are in terrible condition. The whitewall tires are a nice touch. 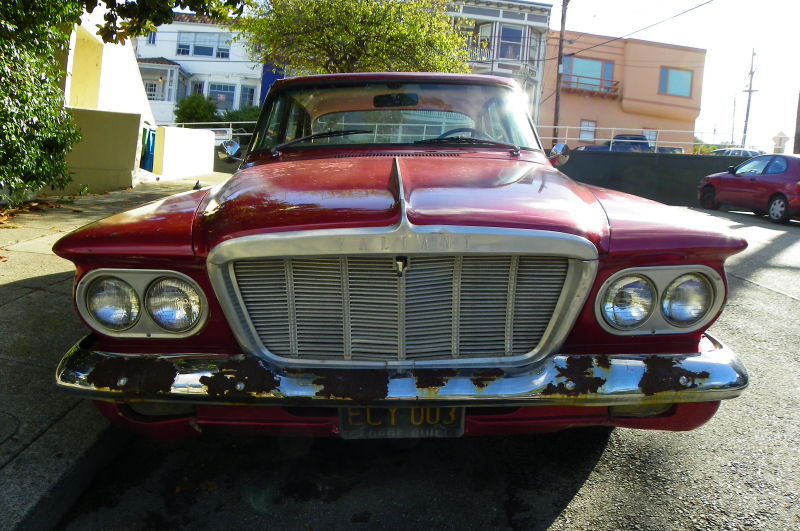 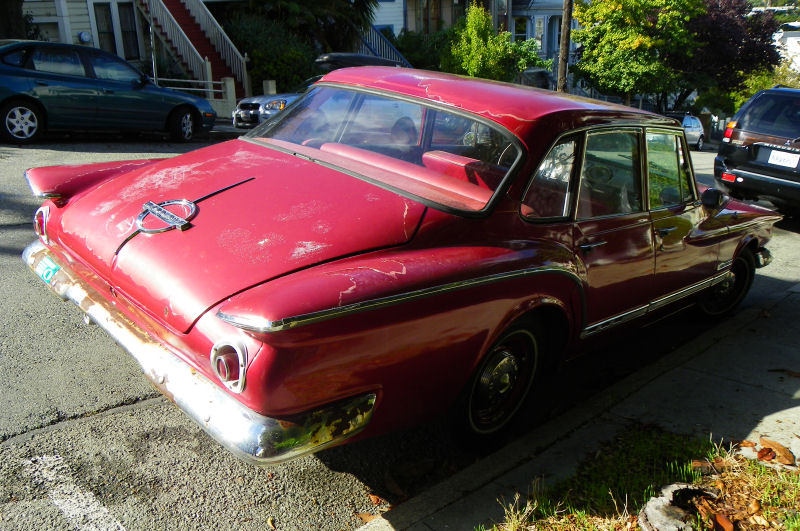 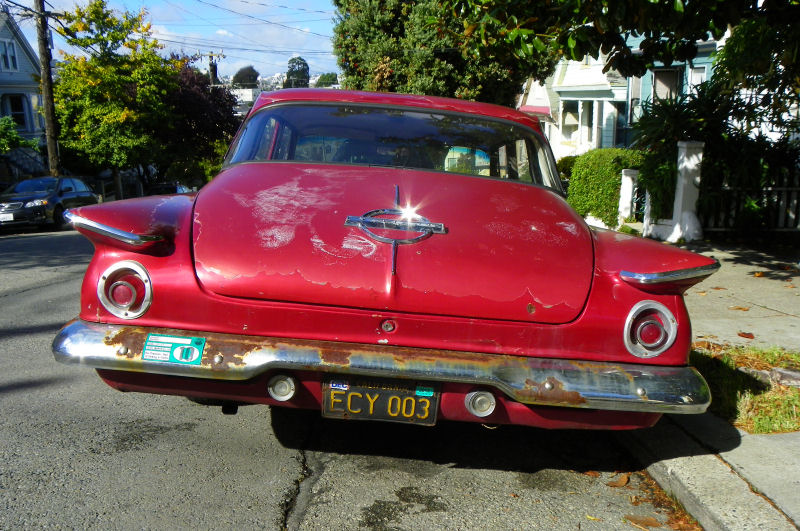 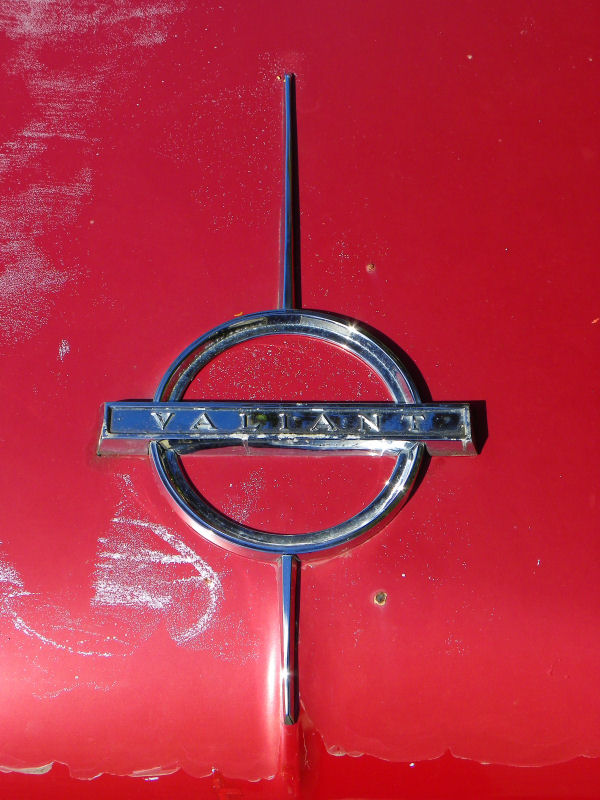 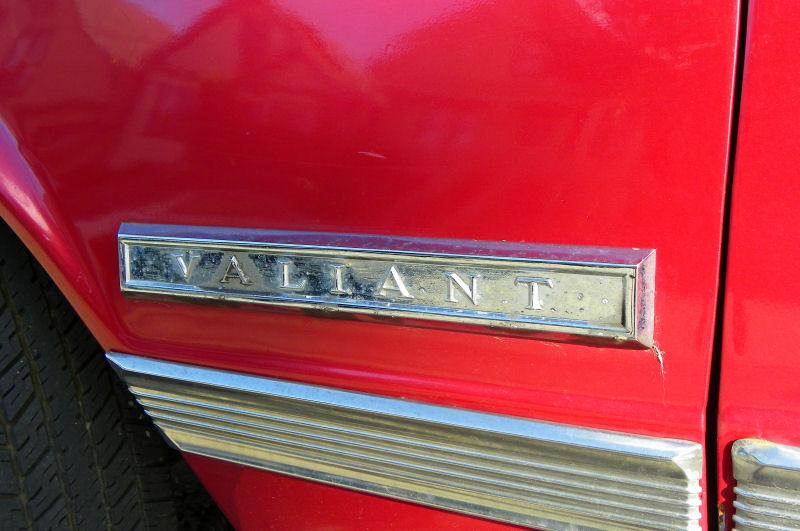 I've never liked the way these cars look, but I respect that they have their fans. In this color with the red vinyl interior it almost looks all right. There are two Valiants in this neighborhood, this red car and a blue one in similar condition. They may even be owned by the same person.
Posted by Jay Wollenweber at 12:00 AM