It's not every day you see a car or truck with a name that's as long as the vehicle. But Seagrave Fire Apparatus didn't mess around when they came up with the name for this fire truck. Seagrave has been around for a long time, since 1881. In 1951 they celebrated their 70th year in the business with the 70th Anniversary Series. Apparently they were like Disneyland and never let a big anniversary go to waste, so the series continued in production for some 19 years. Seagrave prided itself on being the 'greatest name in fire apparatus' - and it says so on the side. As far as I can tell, power for a truck like this came from a gasoline V12 engine producing 300 horses, with a 4-speed manual transmission. 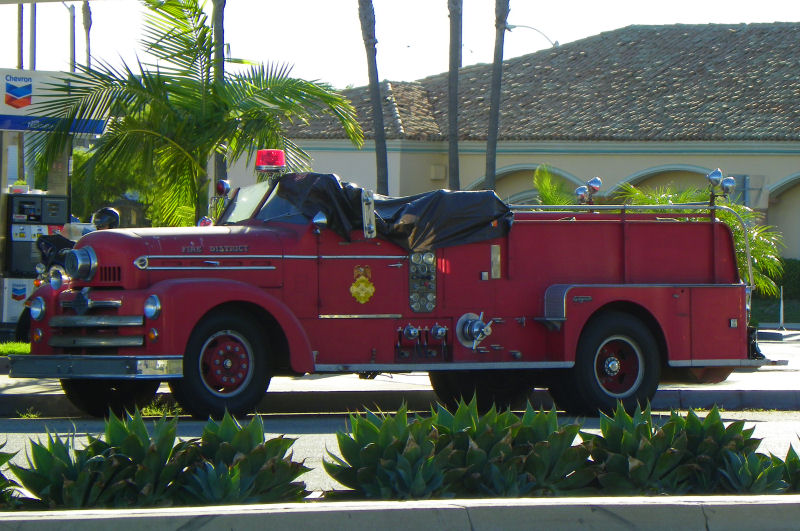 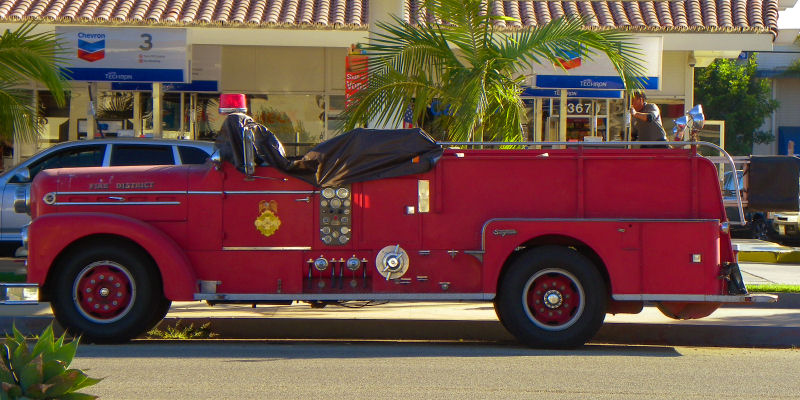 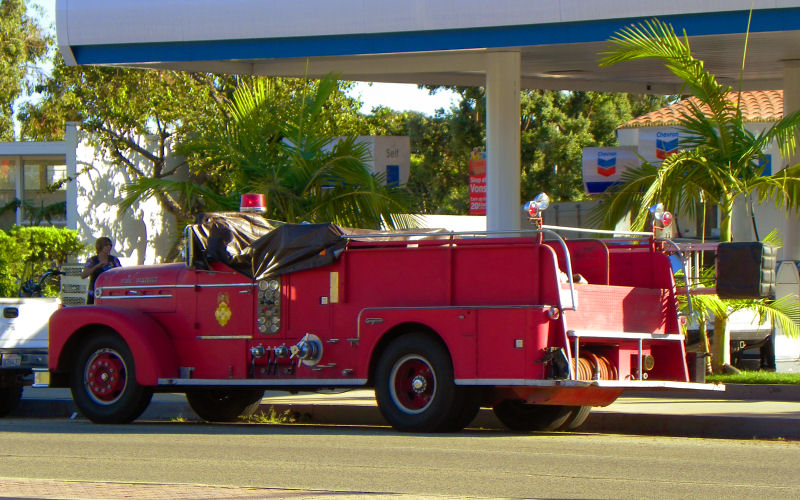 This truck used to do service for the Craigmont, CA fire district. I found images of this vehicle taken in Texas in 2010, with Ohio historic vehicle plates. Unfortunately the two years following its apparent restoration-quality condition have not been kind to it. The formerly glossy paint is dull and covered in bird poop, and the shiny trim has corroded. The fire axe mounted beneath the driver door cutout, and large auxiliary fire extinguishers mounted on the rear corners are missing. I don't know if it lives near where I photographed it, but living two blocks from the ocean cannot be good for a vintage truck. 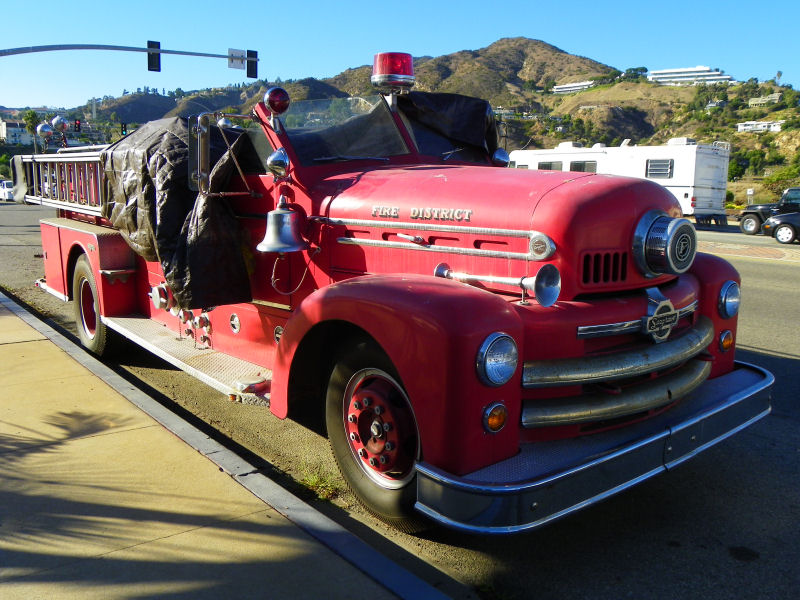 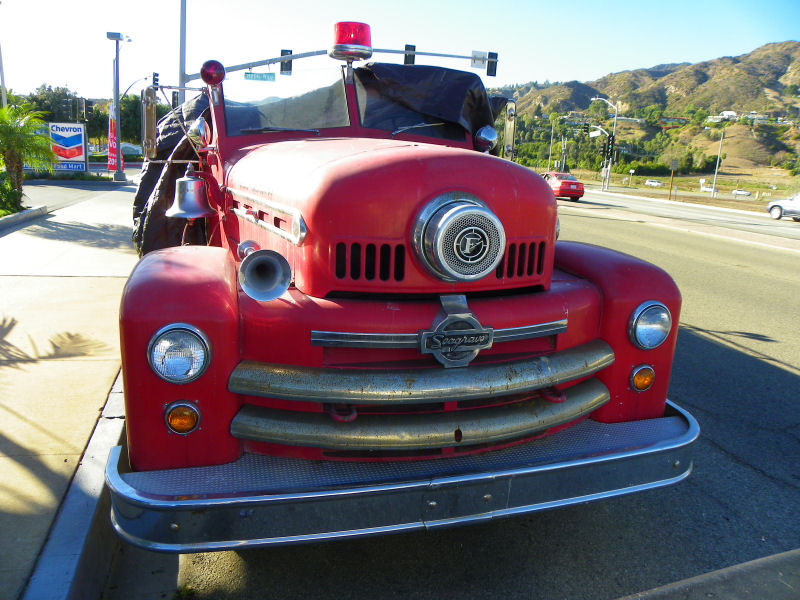 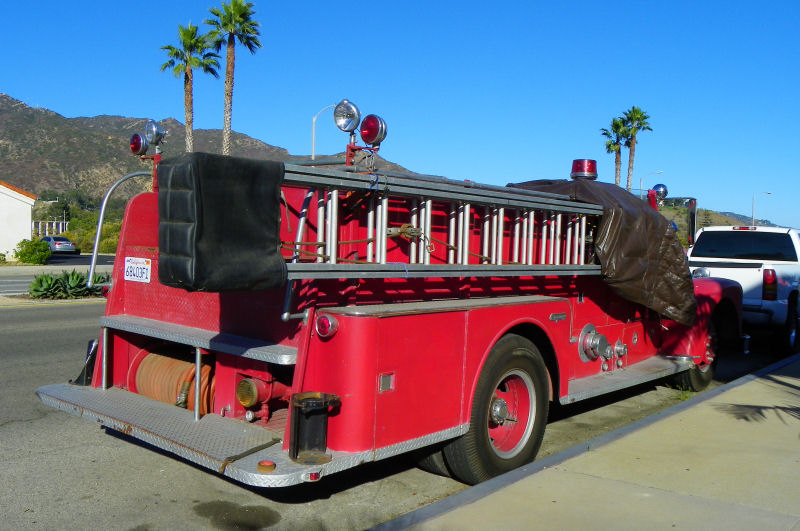 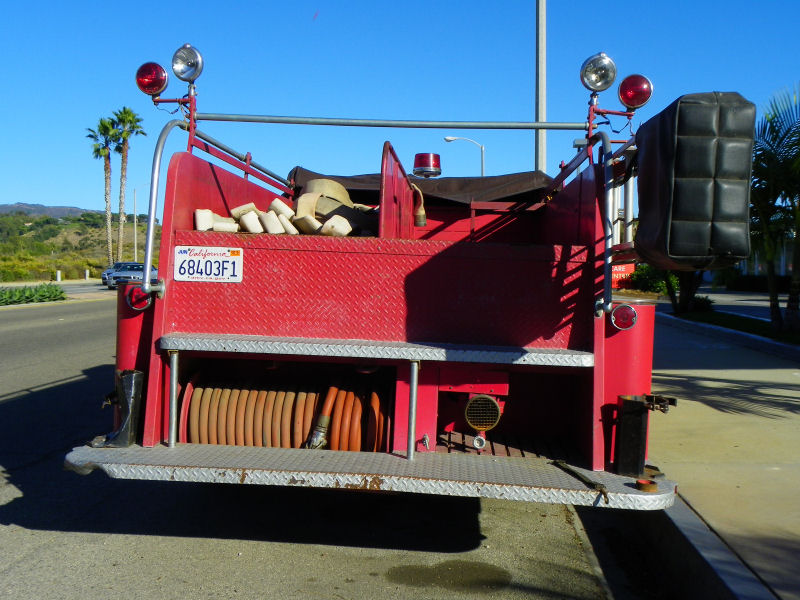 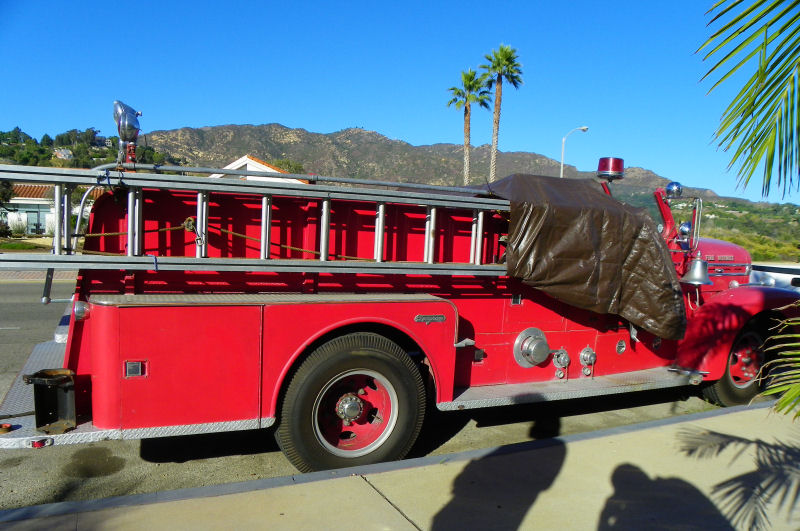 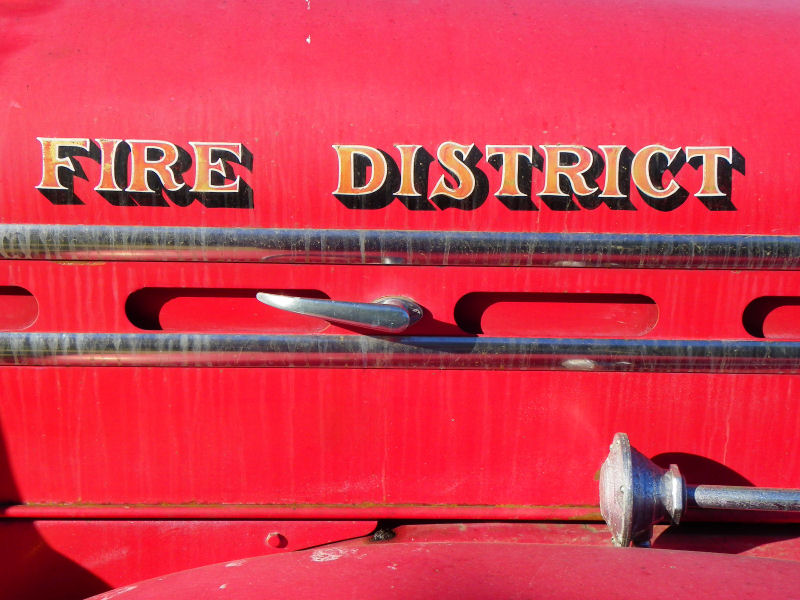 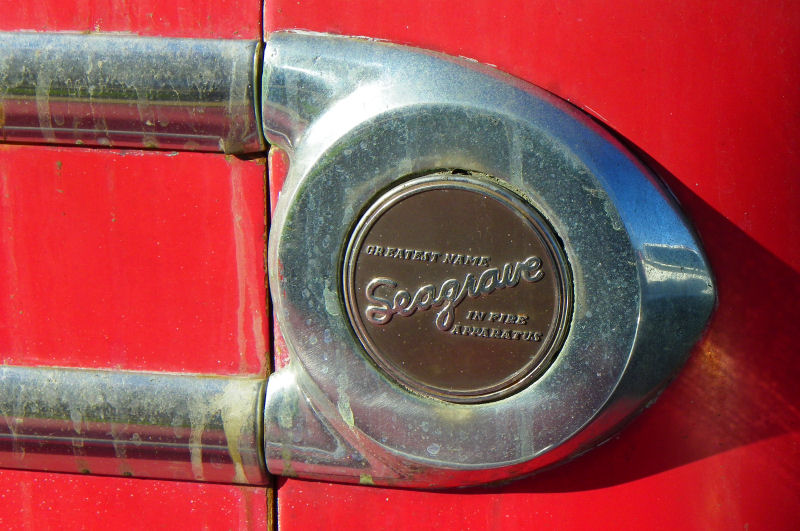 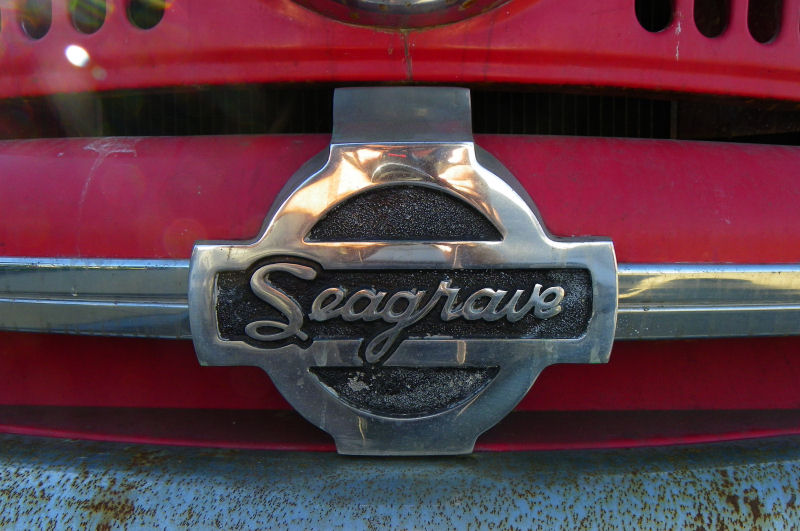 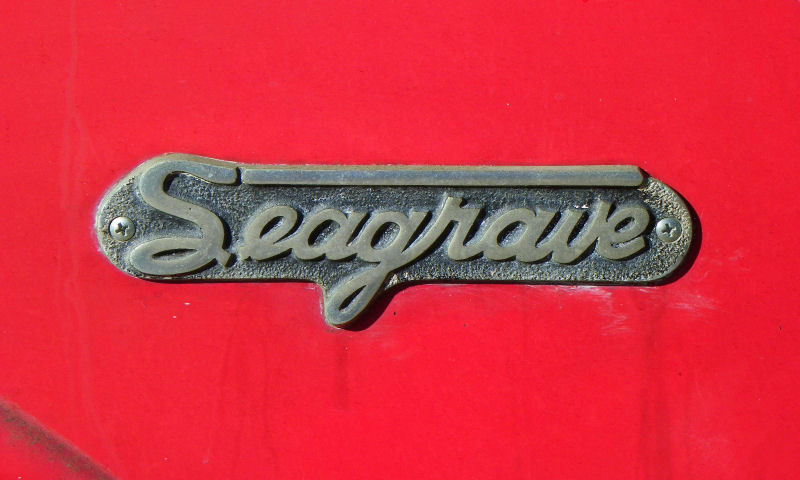 I've never really liked the way these things look. The front end styling is a tad strange and they got stranger in later years with quad headlamps and more squared-off fenders. I really wish this old rig still looked nice, but I can't choose what kind of half-century-old fire truck I'm going to find parked on the street.
Posted by Jay Wollenweber at 12:00 AM