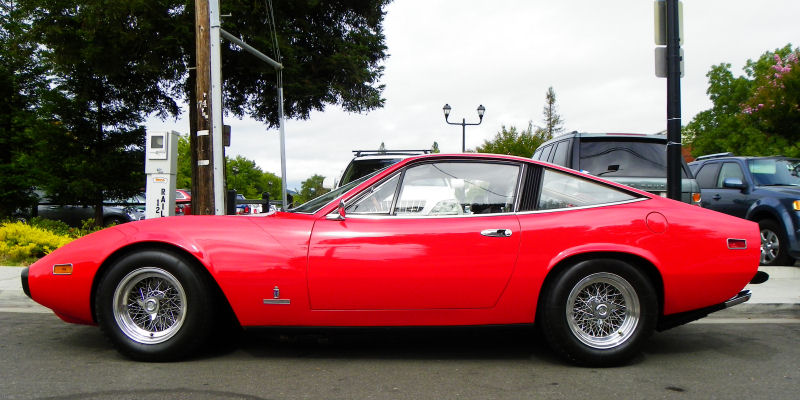 Months ago I asked my readers for their thoughts about cars parked near car shows. Thus far, about 20% have responded that they don't think such a vehicle is eligible for a feature or that some limitation should be in place. So I limited myself to one of those per month so it doesn't dilute the rest of my sightings. It may be cheating, perhaps, but it does at least ensure something more interesting than a beat-up Falcon or a cookie-cutter Camaro. In this case, I snagged a Ferrari 365 GTC/4. 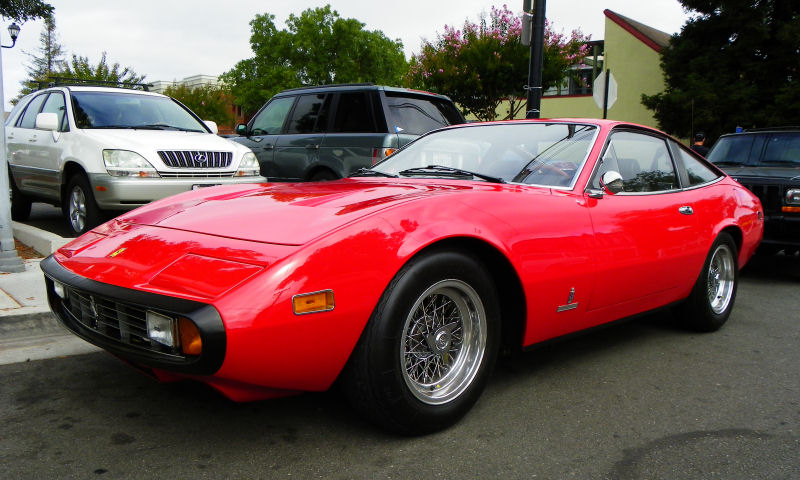 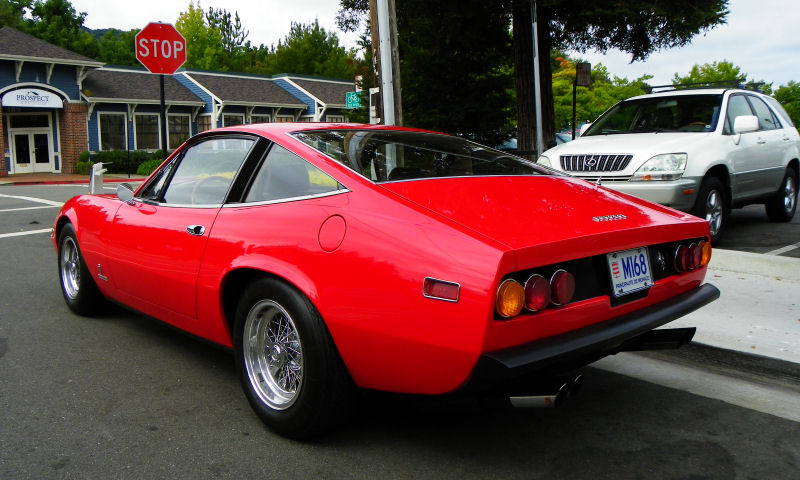 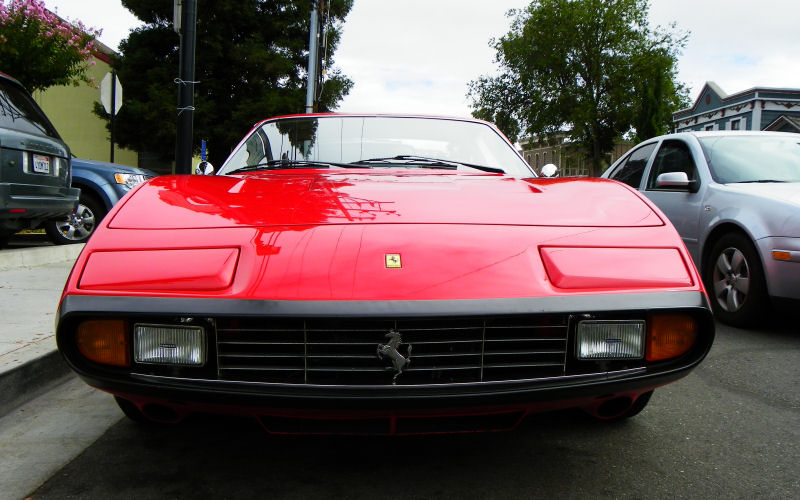 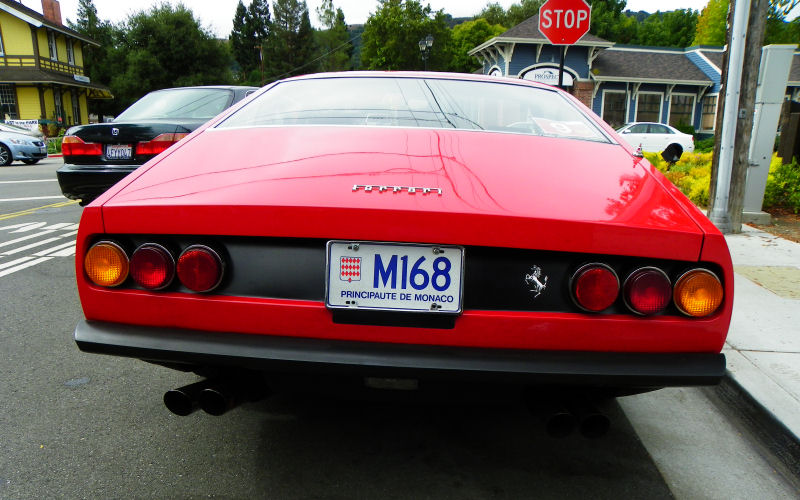 This car left me very conflicted because it was quite literally just outside the bounds of the Danville D'Elegance car show. In fact, I think the owner might have had the car on display there before moving it outside the gates where it was parked on a public street. The Monaco license plates are a clue to its show-car status. However, I saw this exact same car months later outside a repair shop in my town, so apparently it's local. Certainly I would have preferred to photograph this car on a regular day when its owner was in a cafe grabbing lunch, but I take what I can get. 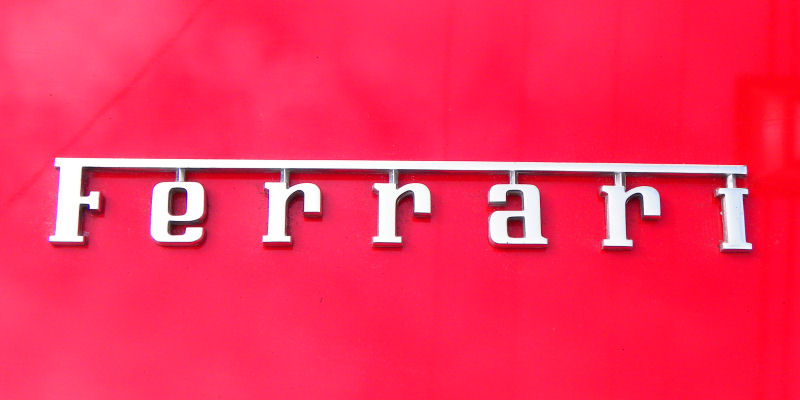 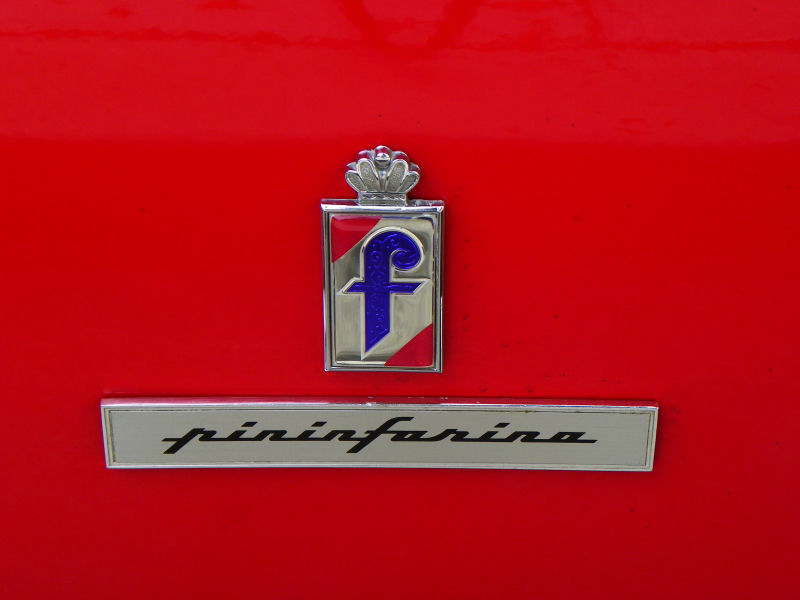 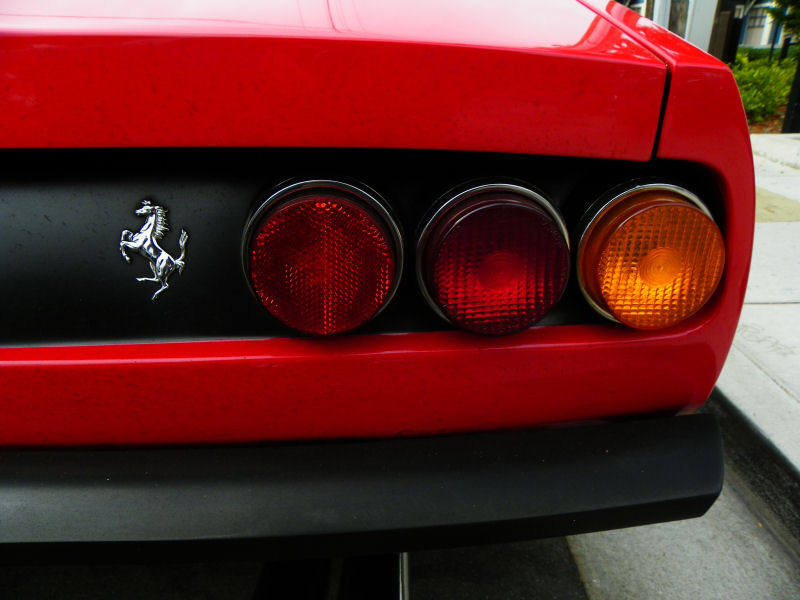 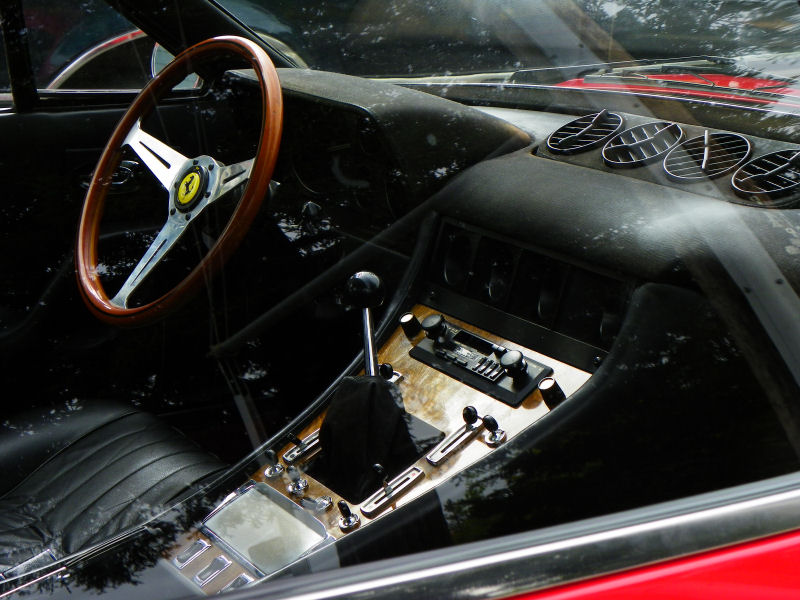 The 365 GTC/4 was a 2+2 sports tourer based on the beautiful 365 GTB Daytona, one of my all-time favorite Ferraris. The GTC/4... is not one of my favorites. In all honesty, it may perhaps be just as good a car as the venerable Daytona, but in my opinion the GTC is just not as good looking. Maybe it's the black plastic front bumper; I can't really put my finger on what bothers me about the design. I can't help but be reminded of a 1975 Chevy Monza in the profile. Still, it is one of only 500 ever built, and is said to have the "most beautiful exhaust note of any road-going V12 Ferrari".
This one has everything it needs to be an excellent 1970s Ferrari: traditional Rosso Corsa paint, Borrani wire wheels, styling by Pininfarina, a neat leather-trimmed interior with a wood-rimmed steering wheel and a howling V12 under the hood. The only cosmetic flaw I could find on the car was missing Pininfarina badge lettering on the driver side fender. It may not be my favorite design, but compared to some of today's four-seat Ferraris, the 365 GTC/4 is high art.
Posted by Jay Wollenweber at 4:05 PM