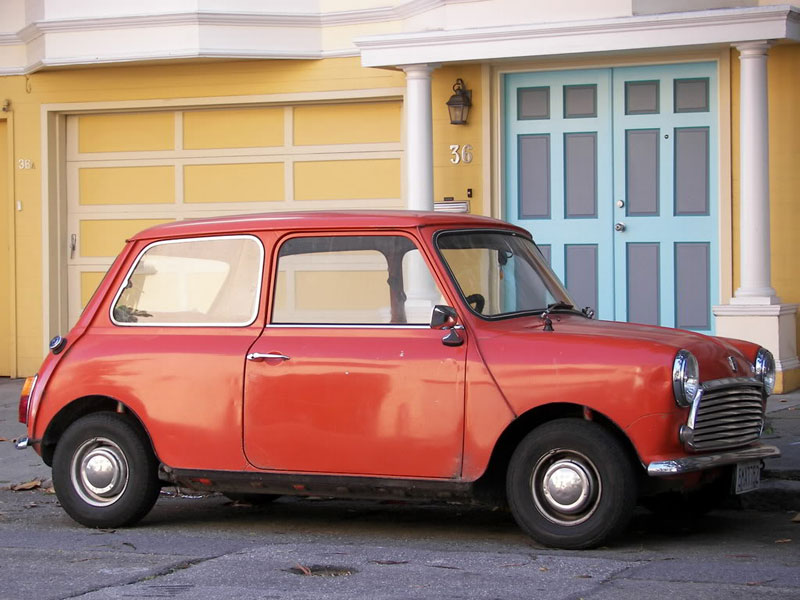 What's this? Another classic Mini? I told you guys San Francisco was full of the little buggers. This time it's a Mark III Cooper S edition produced between 1969 and 1971. The Cooper S was the highest-performance Mini in its day, available with a 1275cc engine intended for circuit racing. If that badge is to be believed, this is one of only 1,570 Mk III Cooper Ss built. There is a problem though, in that this car looks awfully... sedate for a performance trim. No hood stripes, fender flares, foglights - and it's all one color. And it doesn't help that one can buy the Cooper S boot lid badge online for a little over £10 plus shipping. If it is a genuine Cooper S though (and it's RHD even), that makes it fairly special among the plethora of vintage (and not so vintage) Minis in town. 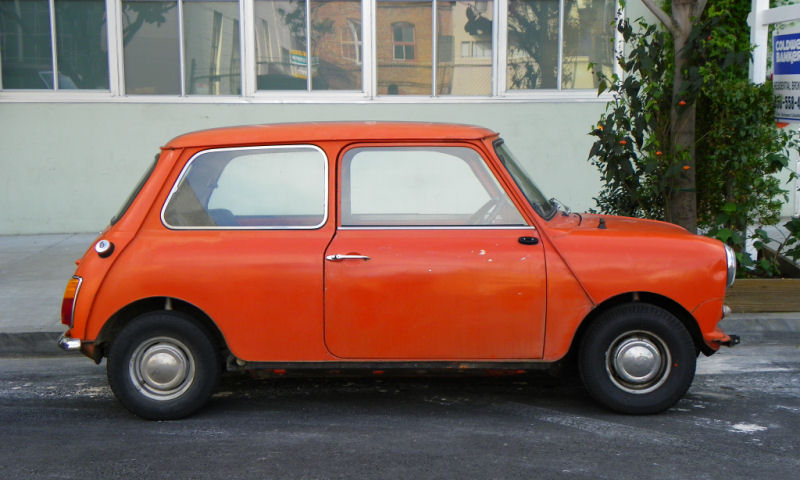 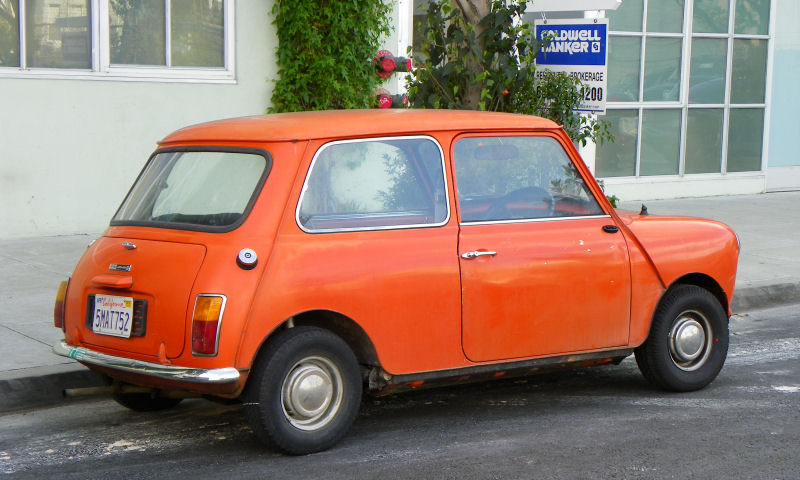 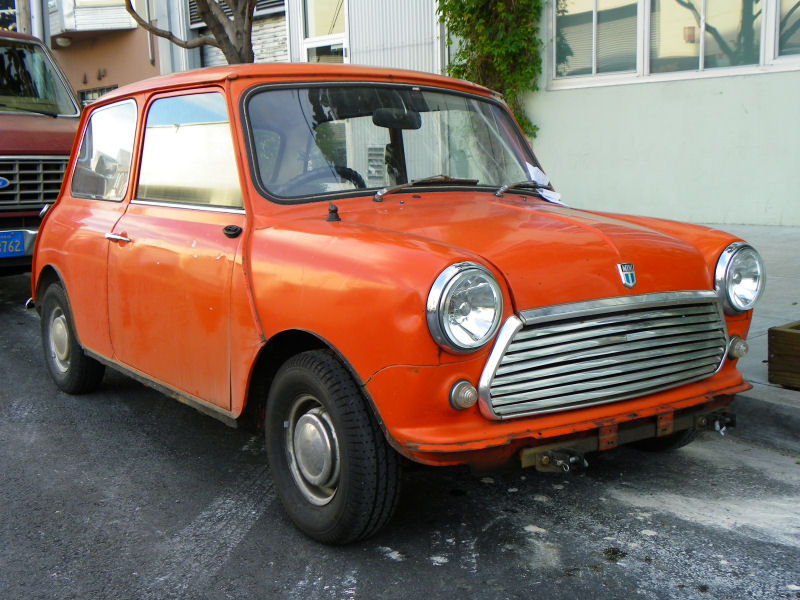 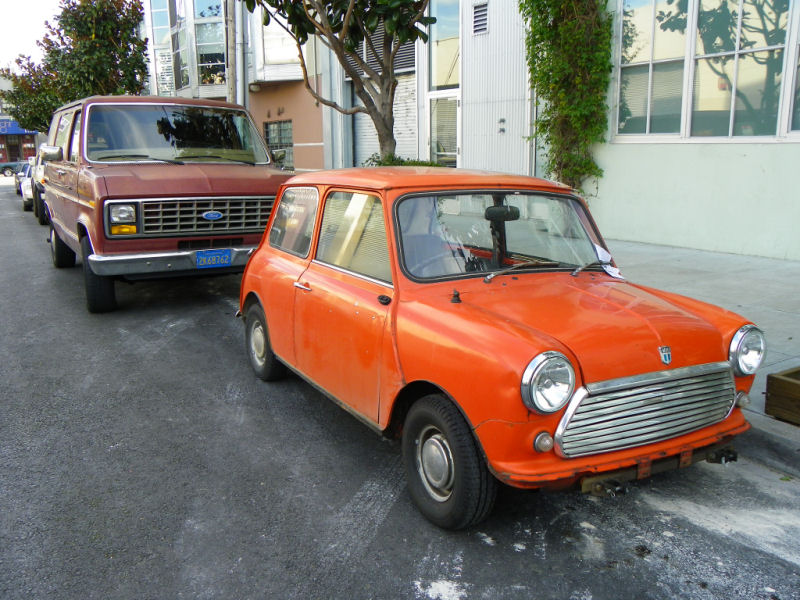 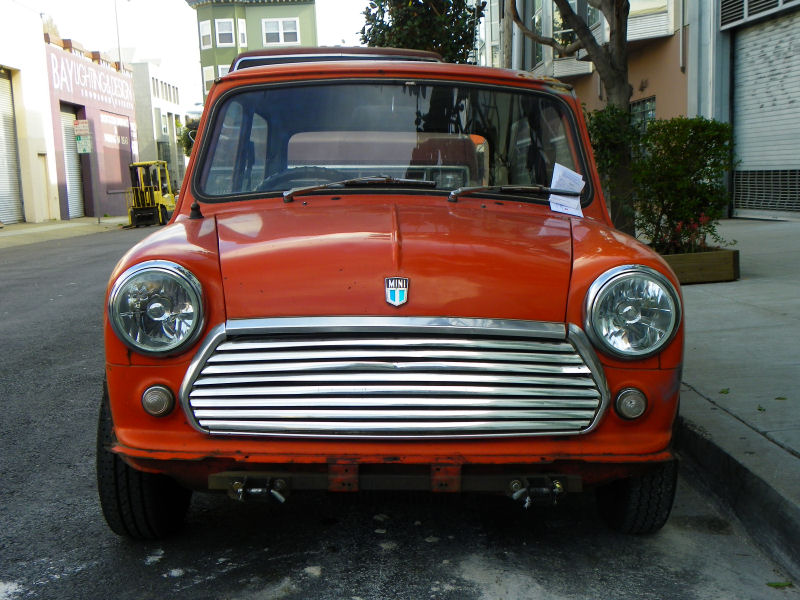 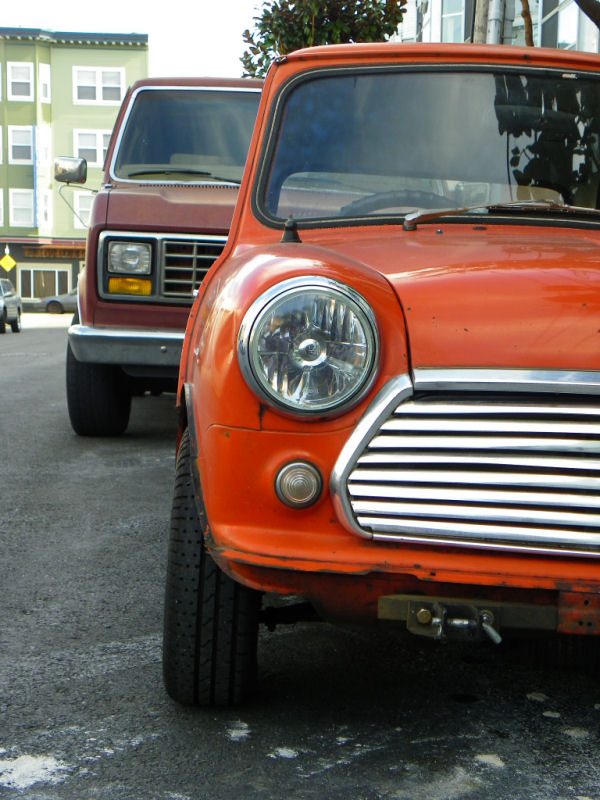 Sadly this one has not fared too well over the years. When I first found it in 2007 it was beaten but at least complete and intact. Three years later when I managed to track it down again the poor car was missing its right side mirror and its whole front bumper. And to add further insult, like so many classics I've found in the city, this car had a parking ticket on it. Is there some obscure law that every interesting old car is subject to a fine? Sheesh. Maybe the meter maids puttering around wearing bike helmets in their crappy three-wheeled Go-4 Interceptors are just jealous.
Posted by Jay Wollenweber at 12:00 AM