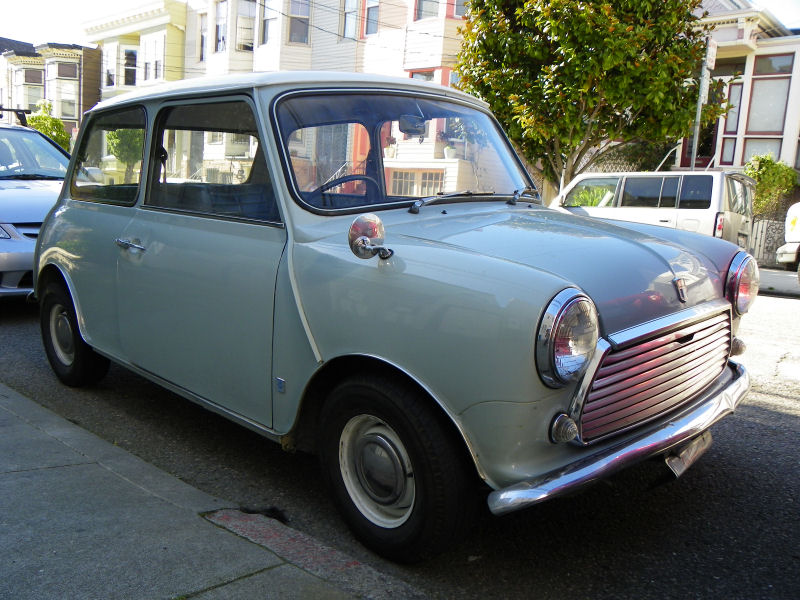 When a car is built for many years with the same basic body it's easy to get the different models mixed up. The classic Mini is probably the best example of this, and probably the most easily interchangeable. Countless special editions and variants were released, and continuous improvements were made over the years. This car hails from the British Leyland years as evidenced by the fender badges, and is also badged as a Mini 1000, which if correct, makes it a 1976-77 model. It's also right-hand drive and bears a foreign license plate which resembles New Zealand. It wouldn't be the first NZ Mini I've seen in California. 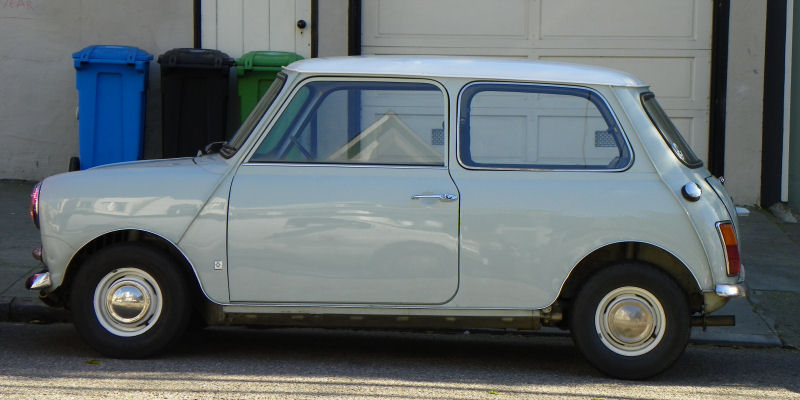 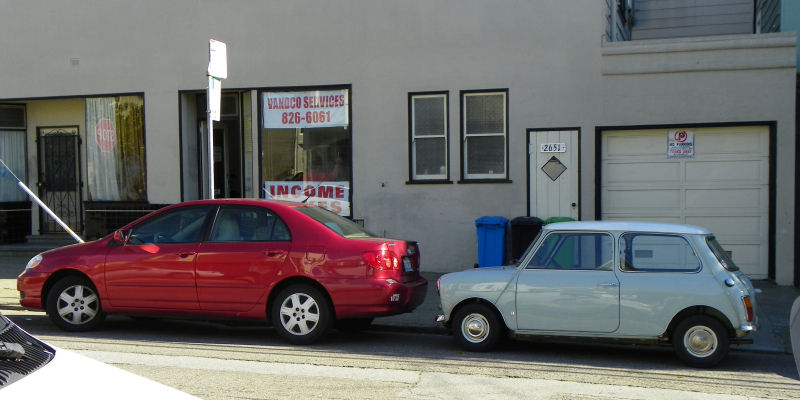 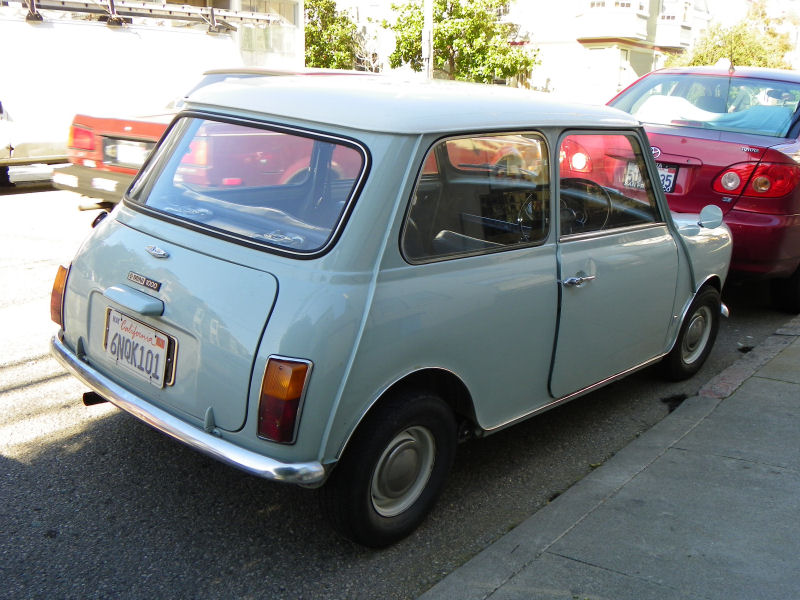 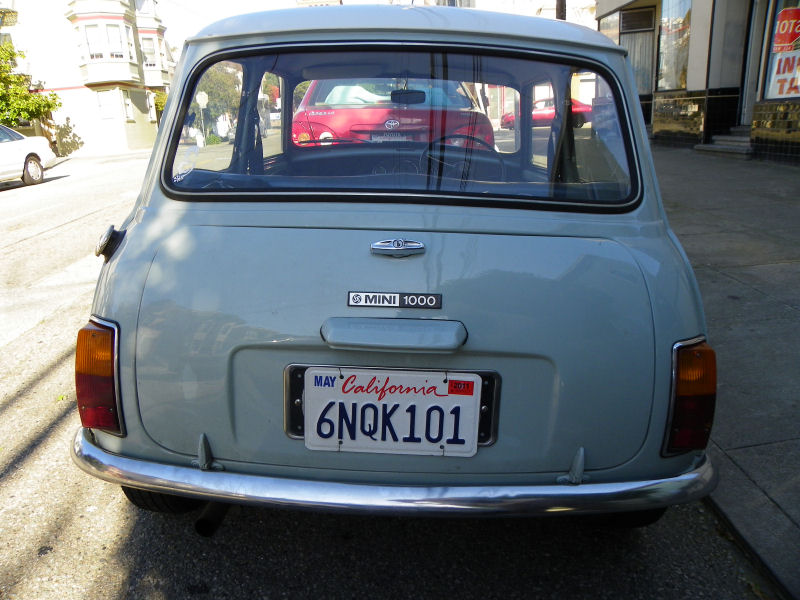 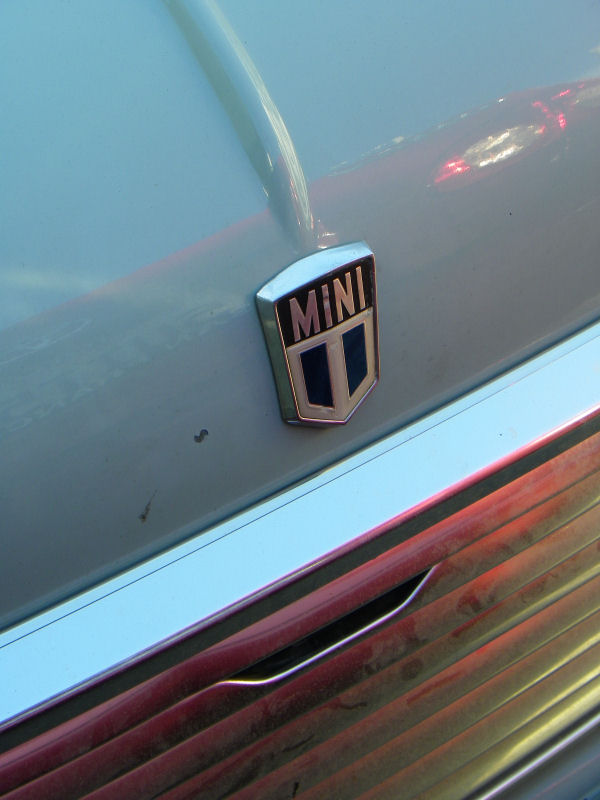 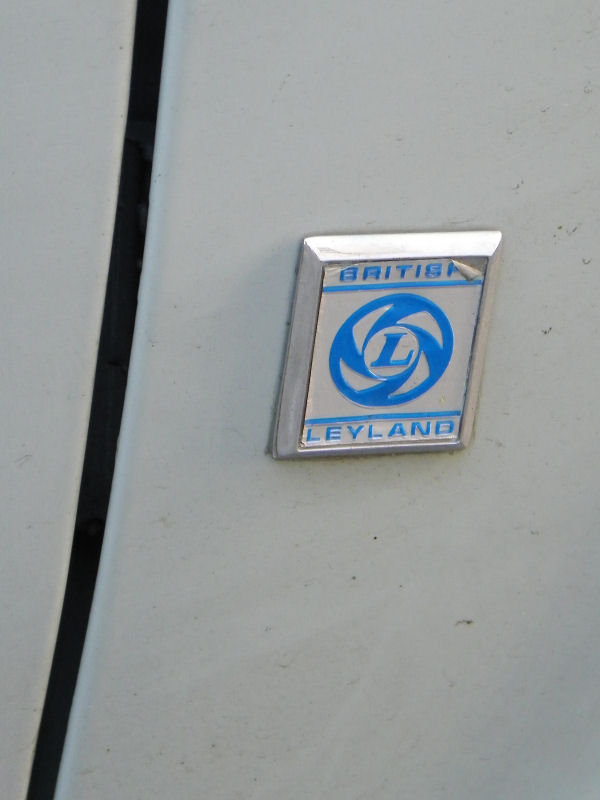 Old Minis are surprisingly abundant in San Francisco, being one of history's great city cars. These were considered a small family car in their time, but are no longer suitable for many plus-sized people in America. Compare this pint-sized Mini to the contemporary Toyota Corolla in front of if for a real idea of what a "compact car" has become in this country. This one is in great shape aside from a little bit of bumper damage in front. I like that it isn't a cliched Cooper clone sitting on Minilite wheels, finished in red with white hood stripes and a white roof like so many others. Don't get me wrong, people do it because that's pretty much the quintessential Mini, but it does get rather dull when they all look like that. The simple light blue with steel wheels and shiny dog dish hubcaps looks just fine to me. Just don't expect to win the Monte Carlo Rally or escape the Turin Police with this one.
Posted by Jay Wollenweber at 12:00 AM