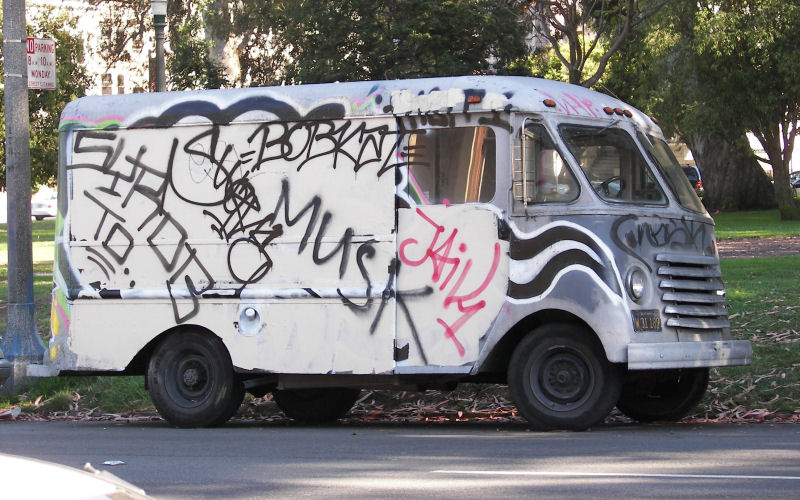 Occasionally cars seem to take on a life of their own, or at least a purpose beyond their typical role as a transportation device. In the city, having a delivery van with big blank sides is an invitation to be tagged by graffiti artists ready to express themselves all over that huge canvas. Now, imagine you're a hip young person who thinks that graffiti looks wonderful and you just happen to own a vintage Grumman-Olson Kurb Side that you got for dirt cheap and it needs something to cover up those faded dairy or bread company logos. Well, being that hip young person, all of your friends are graffiti artists, right? Invite them over and go nuts! 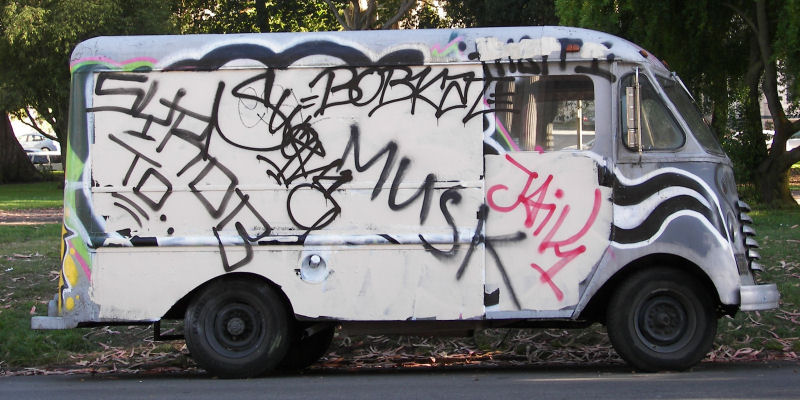 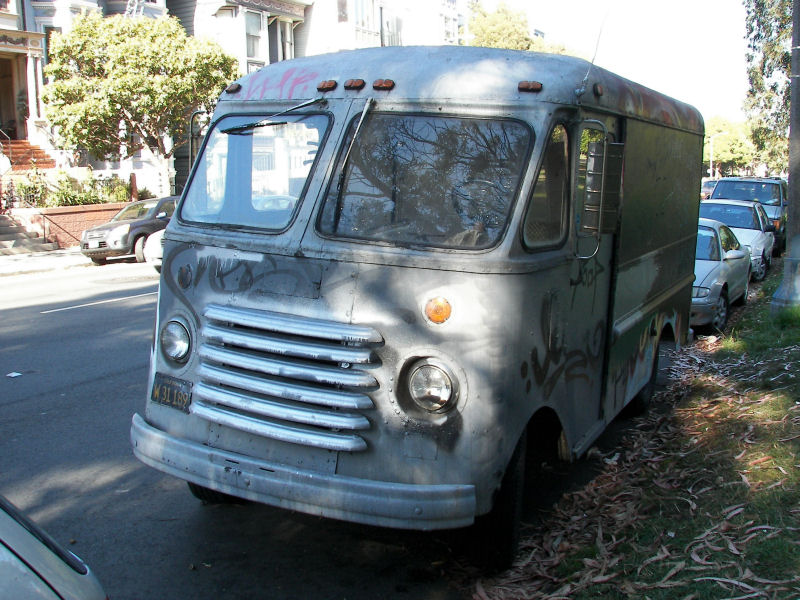 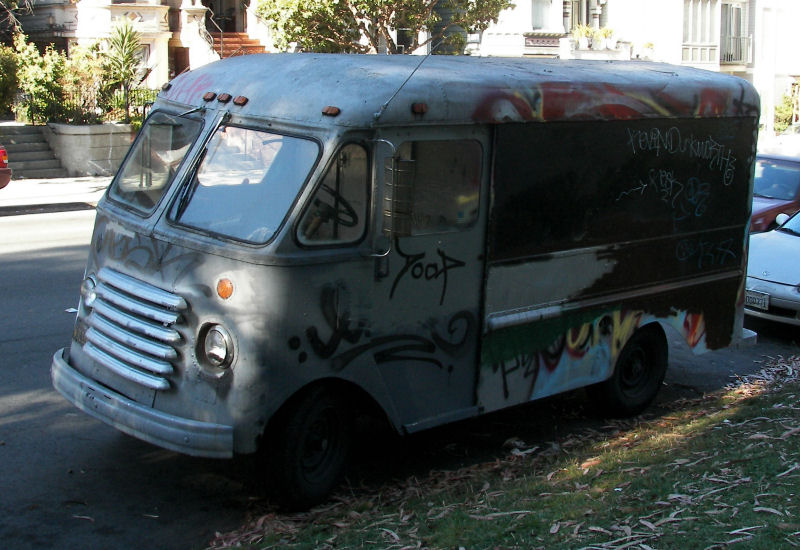 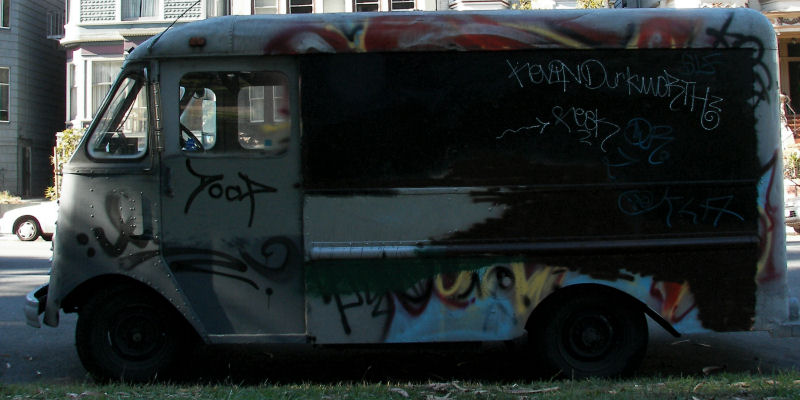 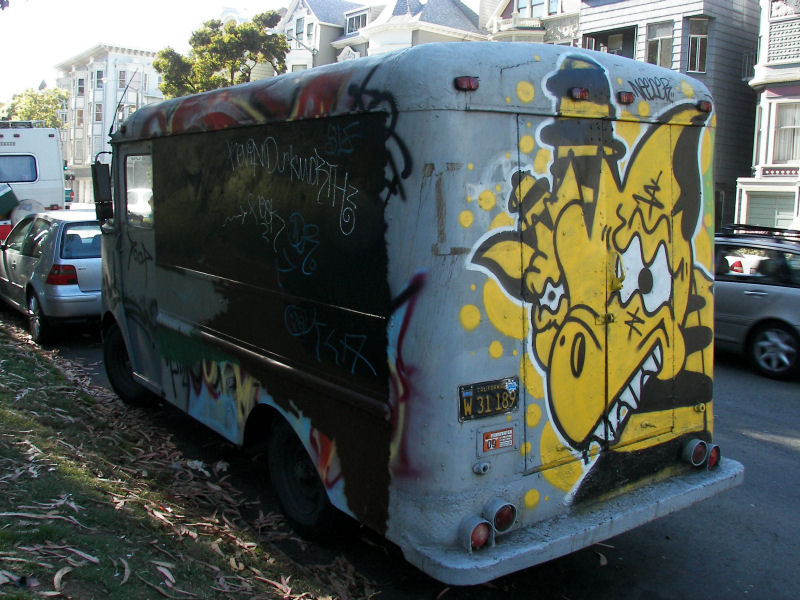 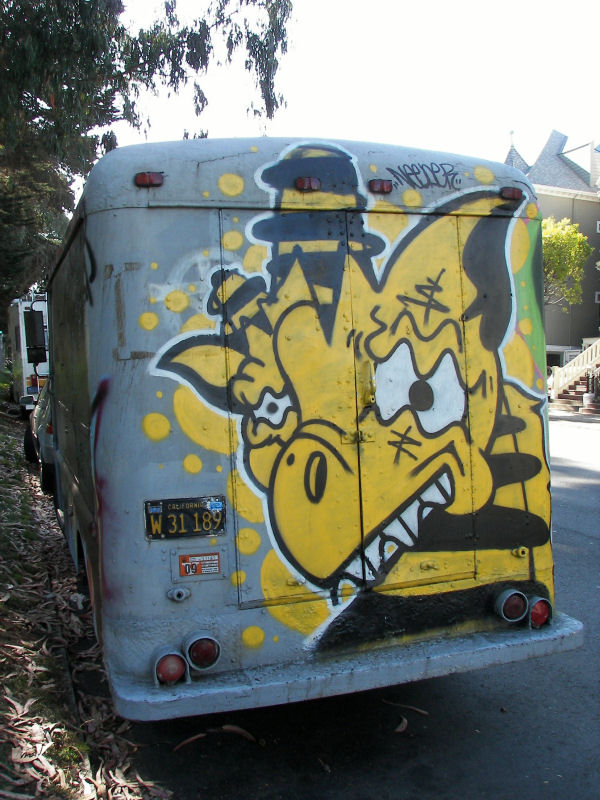 Okay, I'm speculating, but that seems to be the case here. And it didn't happen just once, either. I suspect this vehicle undergoes the graffiti treatment often, if it's even still alive. I photographed it the first time in 2008, and again in 2009 when it had been completely re-sprayed with new tags. It had even lost its vintage California black plates, but gained a busted window covered in duct tape. Honestly, I felt sorry for this van. I Googled the heck out of Grumman's smallest delivery van offering and found that the Kurb Side started out around 1948 as one of many bodies offered on the Chevrolet 3742 Dubl Duti commercial van chassis. Early Kurb Sides had styling similar to the 1947-53 Chevy Advance Design series trucks, a design feature which continued well into the 1960s even after Grumman began using Ford chassis for some of their vans. Since I don't know which chassic underpins this van, I basically have to base my judgment on the two photos I've seen of Kurb Sides with the same windshield design seen on this example. One was a 1965 model and was produced near the end of the Kurb Side's production run; the other was labeled as a 1960. (Most Kurb Sides had a more rounded wraparound windshield instead of the squared-off, pillared corners seen here. I suspect the change may have been made to save money on production and repairs by using flat panes of glass instead of fancy curved windshields.) The W prefix on this van's 1960s black plates indicates a commercial vehicle for hire but tells us little about when it was built, since it might not have been the original plate. Unless a Grumman van guru can positively identify this truck as a particular model year, I think 1965 is a close enough ballpark estimate. Anything before 1963 would have yellow plates with black lettering. 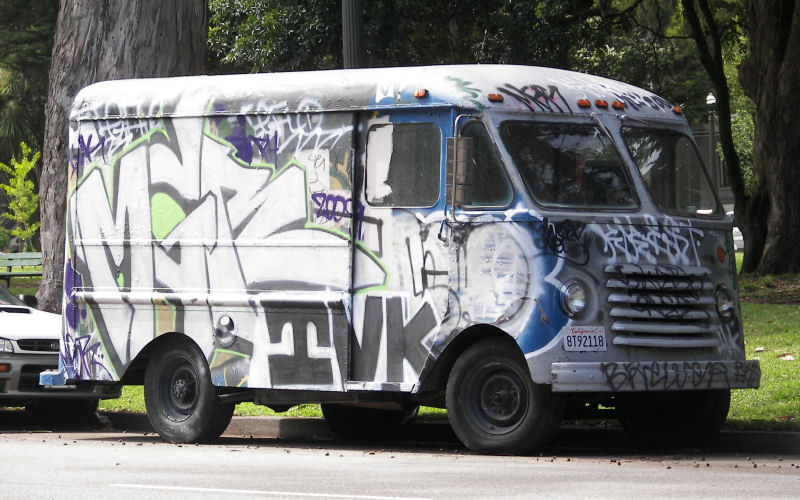 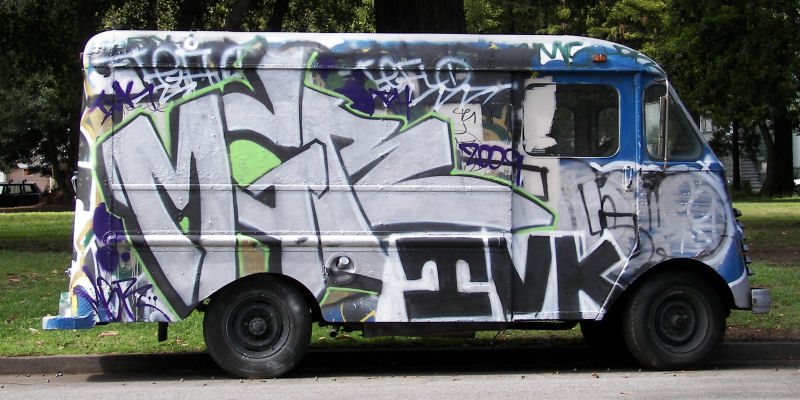 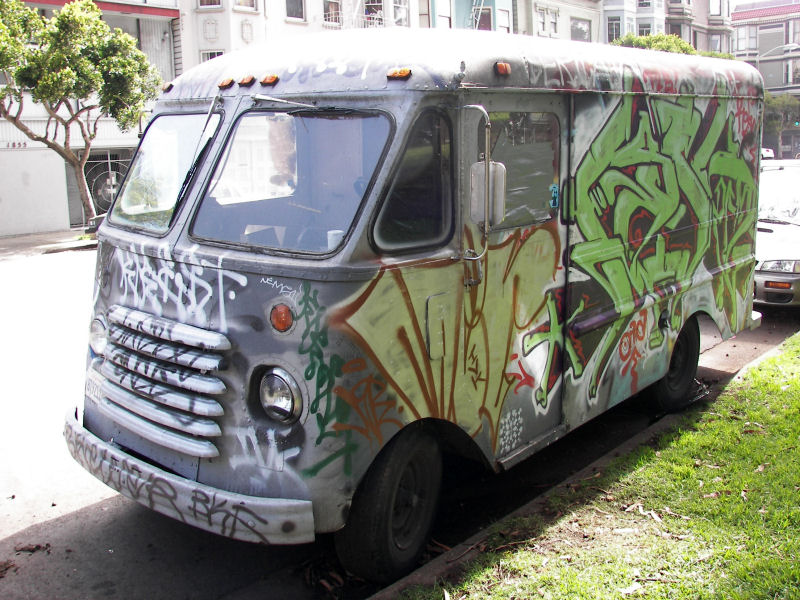 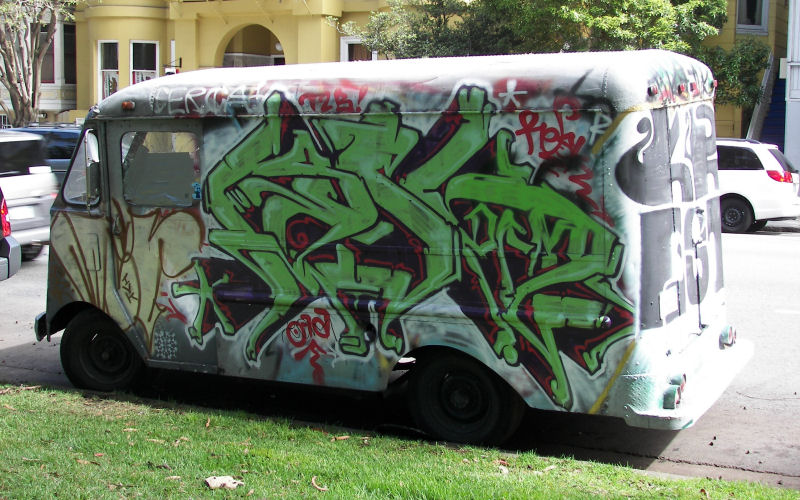 The body was still in surprisingly good shape when I saw it the first time, though by 2009 it had suffered some light body damage on the right front. Having very rarely seen a Grumman of this vintage, I'd prefer to see it restored in the period colors of its original owner and operator. It would look great at a car show next to, say, a Divco milk truck or an International Harvester Metro. Not enough old commercial vehicles are rescued and restored anymore, which is sad, given that they make people nostalgic and are a big hit when they do appear at shows.
Posted by Jay Wollenweber at 12:00 AM