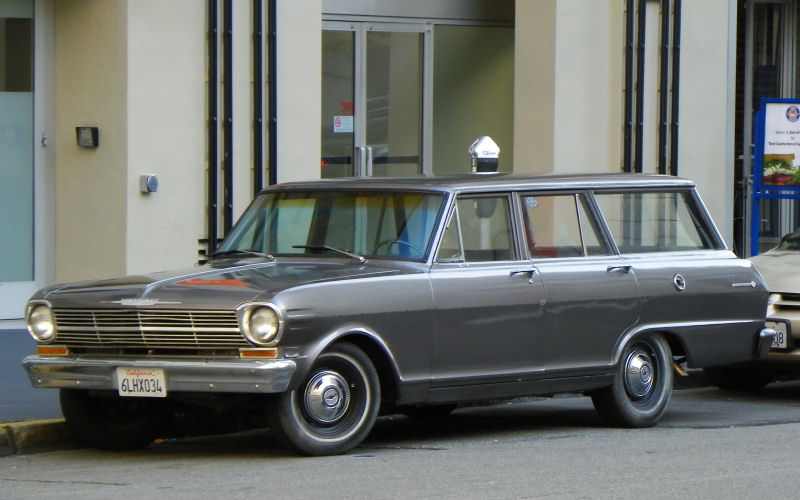 With a new year comes the realization that we're all getting older. This year let's celebrate the 50th birthday of some cars with a catchphrase from George Lucas's early film, American Graffiti. Where were you in '62? 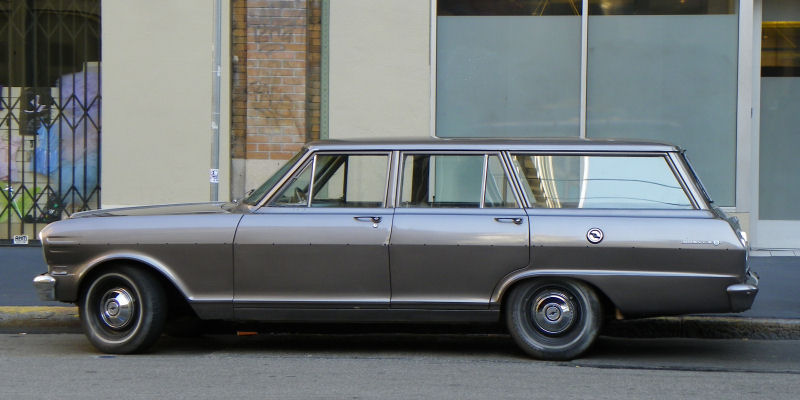 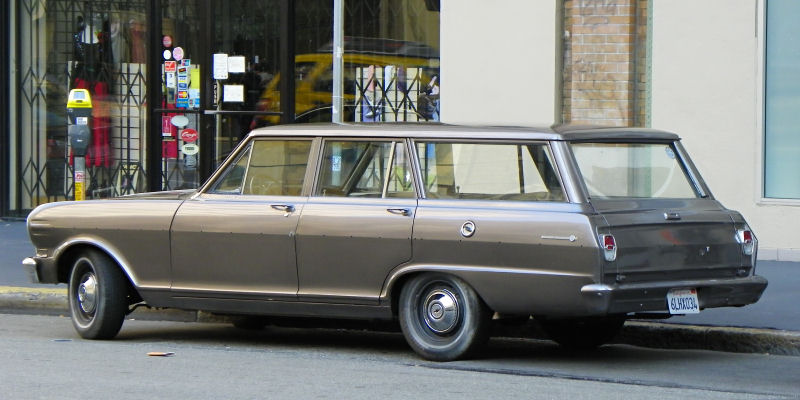 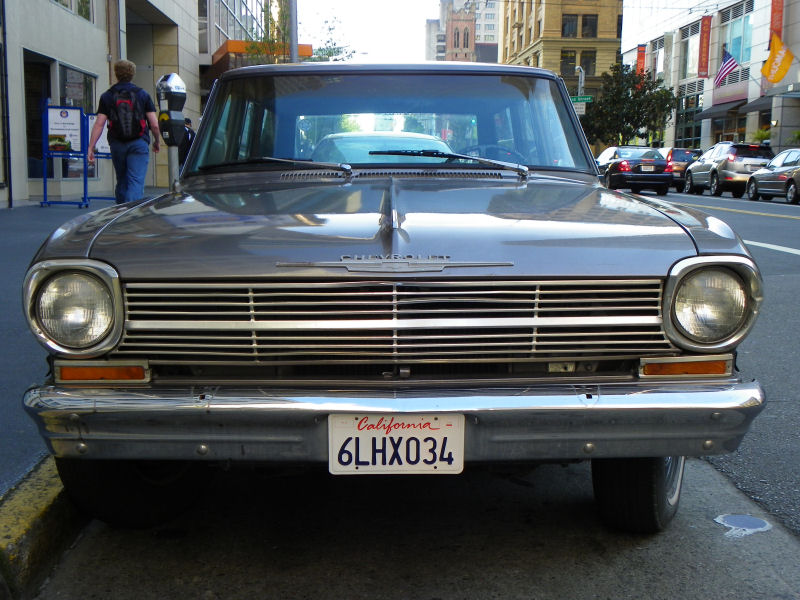 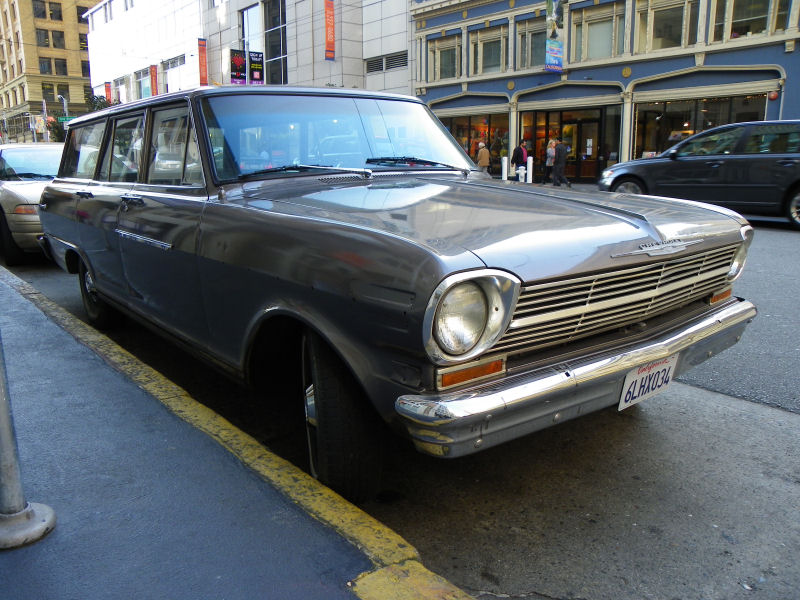 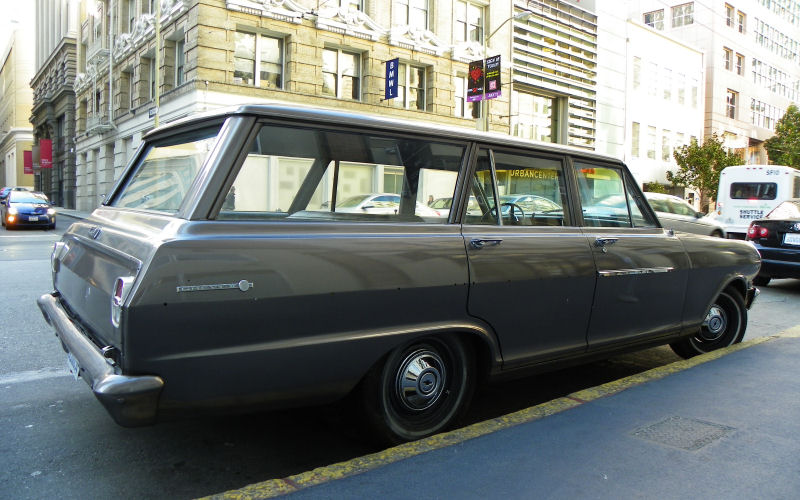 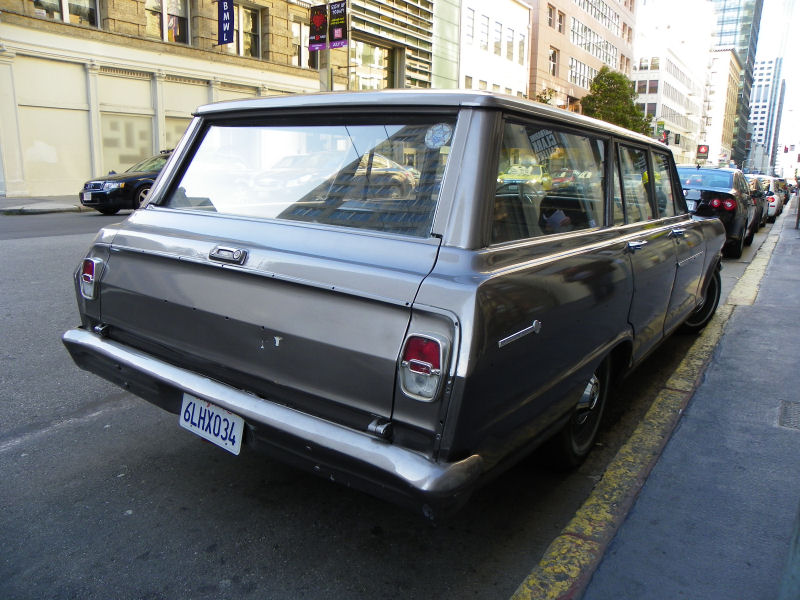 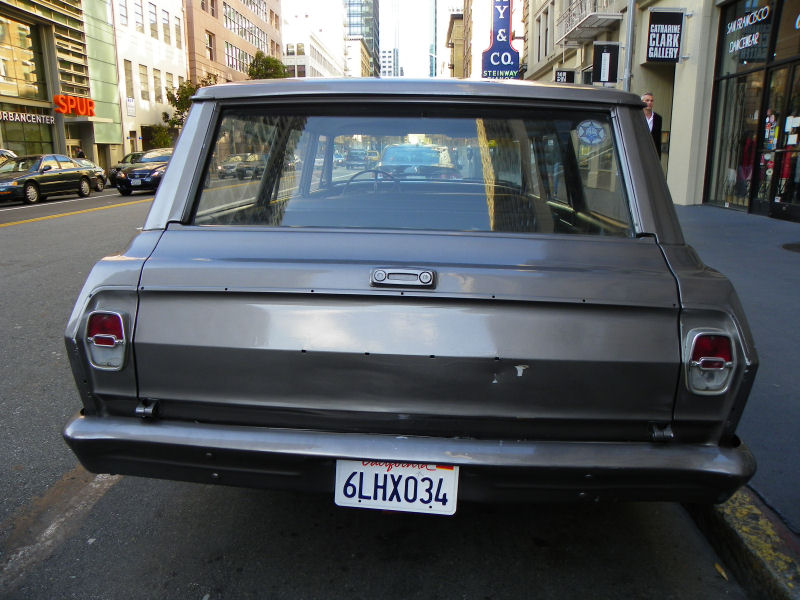 First up is a 1962 Chevrolet Chevy II station wagon. I don't know what it is about these early Chevy IIs but I really like them. The simple, utilitarian lines of this base 100 series wagon appeal to me. In fact, there aren't many model years of the Chevy II (many refer to them interchangeably as Novas; the Nova name was used on the top-level Chevy II until the name became official in 1968). Most pre-1965 Novas rolled out of the factory with six-cylinder engines and I'm sure a fair number were low-trim cars like this one. 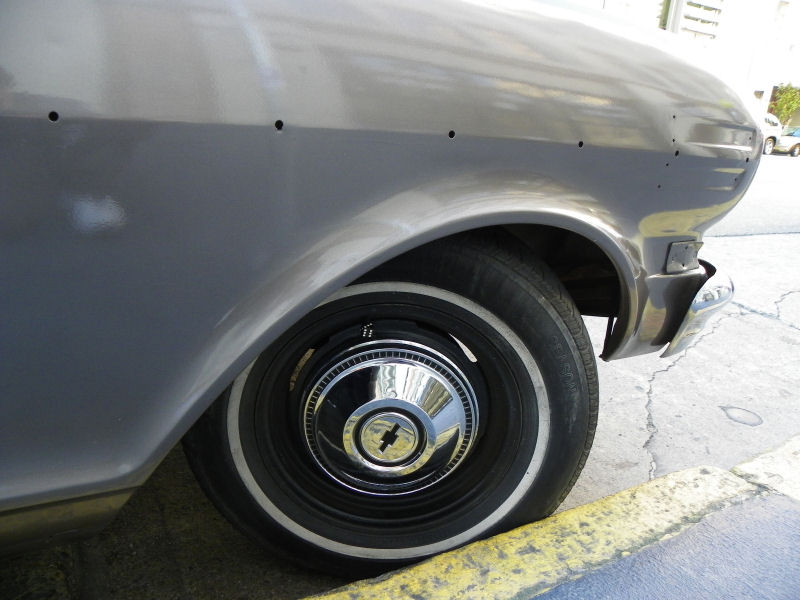 I like the dog dish hubcaps and thin whitewalls, and heck, I even like the plain metallic grey color. Not every old car has to be hotted up with flashy colors and decorations. If it were mine, I'd massage that big dent out of the rear tailgate, reinstall all the stainless trim that's been removed (probably for paint) and chrome the rear bumper.
Posted by Jay Wollenweber at 12:00 AM