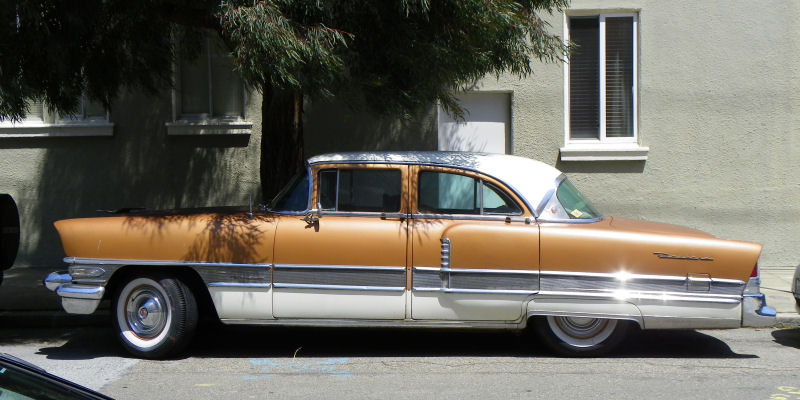 The story of Packard is a long one, but unfortunately it doesn't have a happy ending. The name Packard conjures up images of graceful 1930s luxury cars with tall, distinctive grilles and long hoods. The company itself was a pioneer of automobile design, with their first cars rolling off the line in 1899. The earliest models were true horseless carriages, some resembling the Olds Curved Dash Runabout. As time progressed, Packard became one of the recognized names in luxury, and persisted as a high-end marque even through the Depression. In the mid-thirties, though, Packard saw the need to diversify and offer less expensive "aspirational" cars to attract more buyers. These cars were something of a catch-22; they kept the doors open longer, but they also cheapened Packard's brand image. 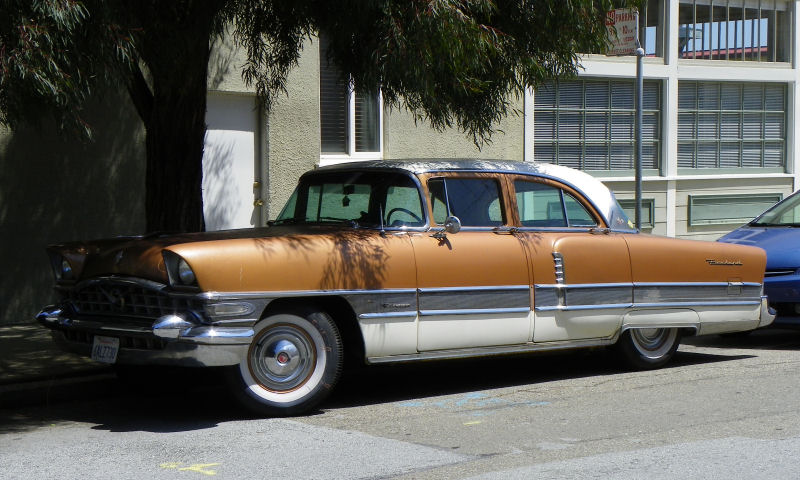 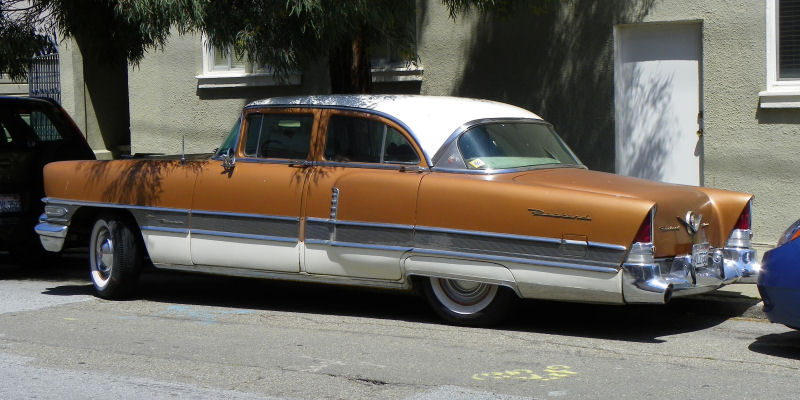 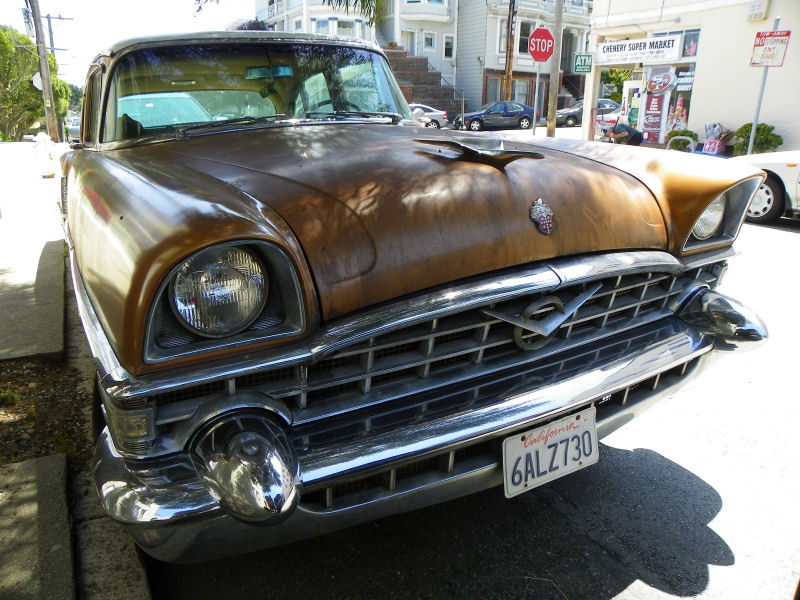 Following World War II, almost all Packards looked the same, so a person driving an expensive model didn't stand out from someone driving the cheaper model - not a good thing if, say, you paid Cadillac money for something that looks like a Chevy. Coming into the 1950s, a Packard looked much like any other large American sedan, albeit with a loose interpretation of the Packard corporate grille shape and a comically oversized swan hood ornament. In 1951 the Packard Patrician came out, billed as their top model. The Patrician name comes from the Roman Empire and referred to elite citizens. It seems a snobbish name for a car that, with all its tacked-on chrome bits, might have more accurately been called the Packard Pretender.
For 1955, Richard Teague was tasked with redesigning the lineup using the same basic body as the 1951 model. Yes, the same Richard Teague who later did the AMC Gremlin. Considering that he had a limited budget, Teague didn't do too badly bringing the old car up to current design standards. Packard also introduced a new trim pattern which allowed up to three different colors to be used on a car with minimal masking effort. On the Patrician, a machined aluminum veneer was used as the second tone. 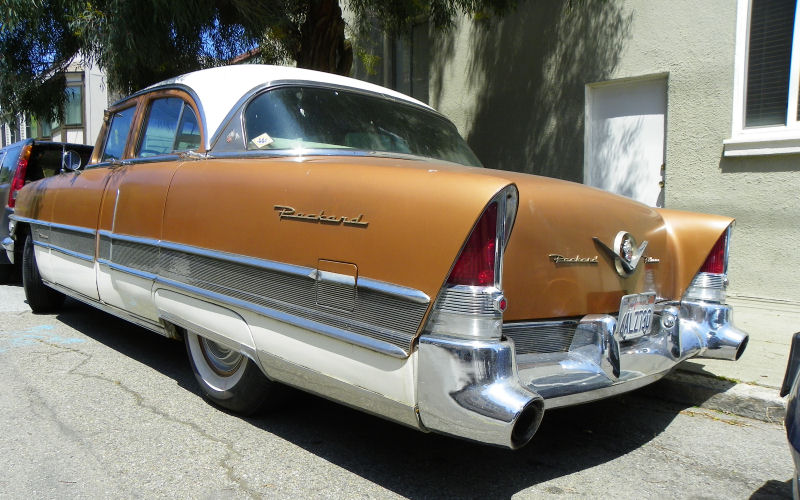 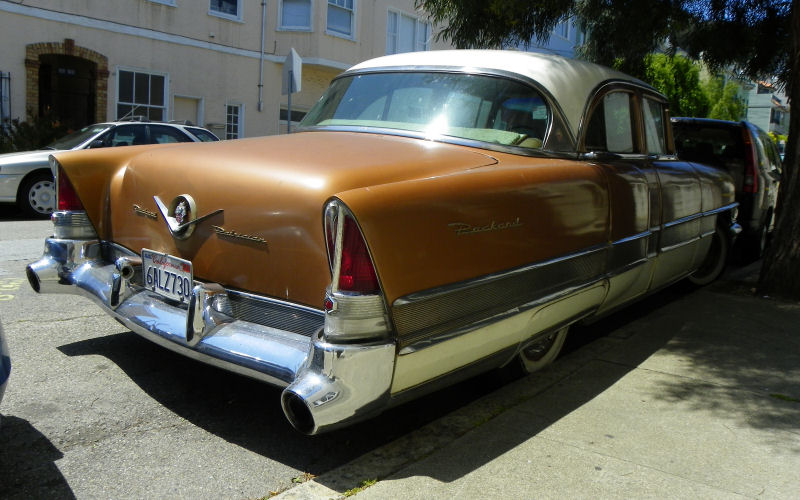 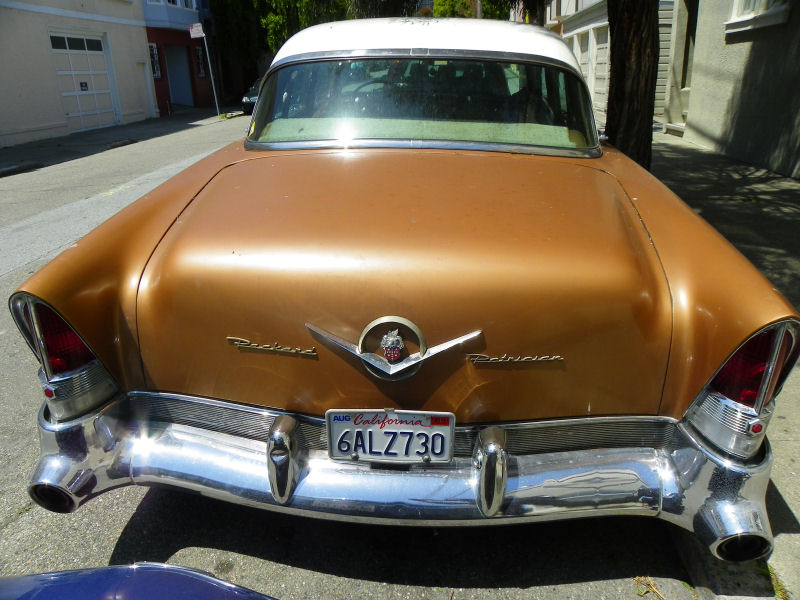 For 1956, the final year for true Packards, the Patrician got a new grille and unusual pointed fender extensions that hooded the headlights, giving the illusion that they were set deeper inside their coves. Only 3,375 Patricians were sold in their final year. For '57 and '58, Packards existed only as "Packardbakers", or superficially restyled Studebakers. Then Packard was gone. 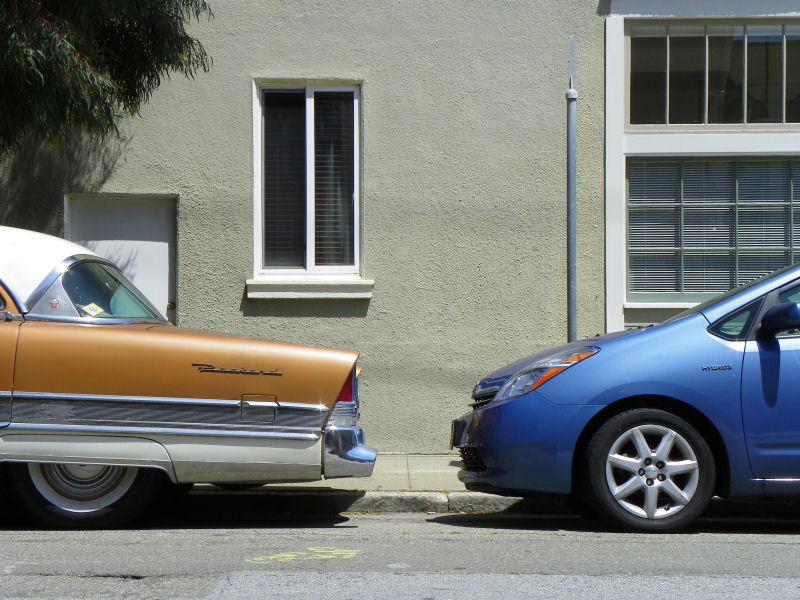 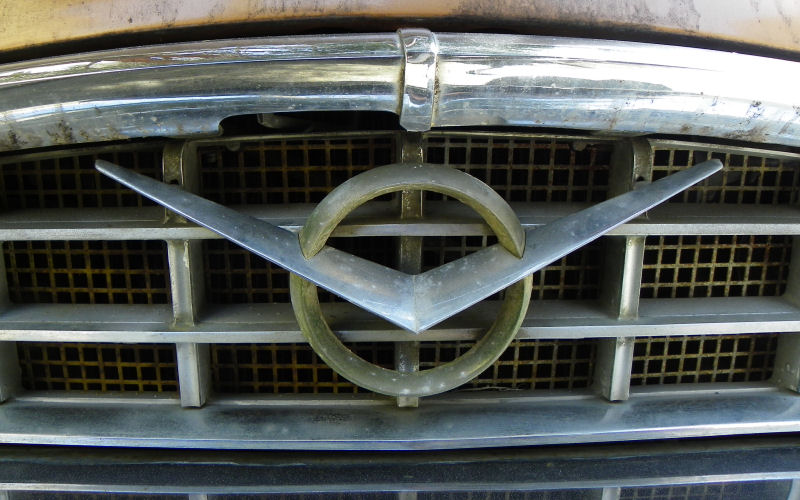 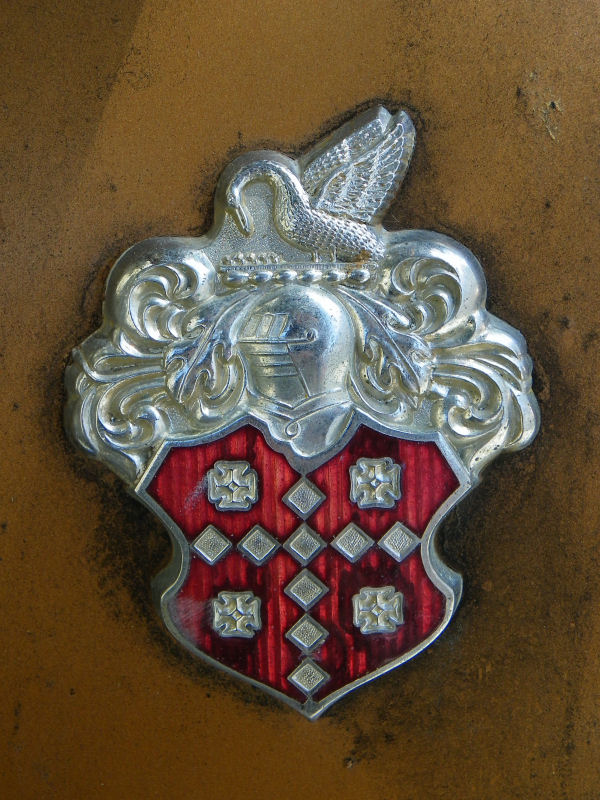 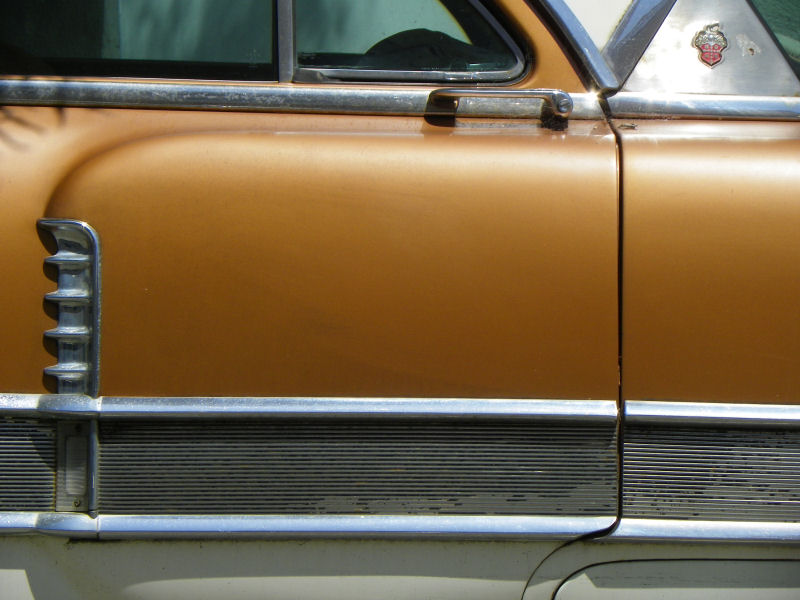 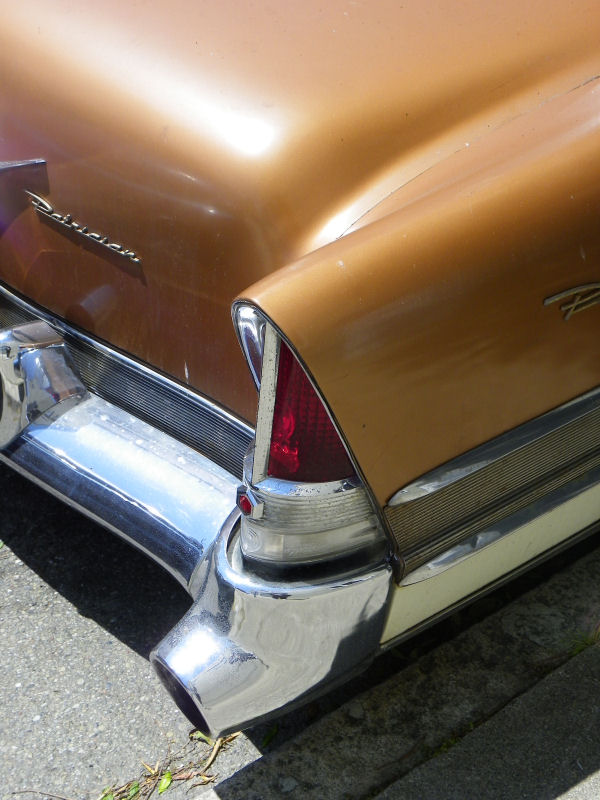 This Patrician is the only one I recall ever seeing. I found out about it via Flickr and finally managed to locate it. San Francisco Packards are elusive and this is one of only a couple I've managed to find parked on the street. It looks good for its age, quite likely an unrestored original. There are some dents in places and the whole thing badly needs a wash and wax. As near as I can tell, the color is Mojave Tan with a Dover White secondary color. This car lives near a collector who owns a small fleet of Corvair Monzas, and may well belong to the same person. It makes sense that a person who likes an eclectic car such as the Corvair would appreciate the last true Packard. Maybe someday I'll be lucky enough to find it again, all clean and not parked under trees.
Posted by Jay Wollenweber at 12:00 AM