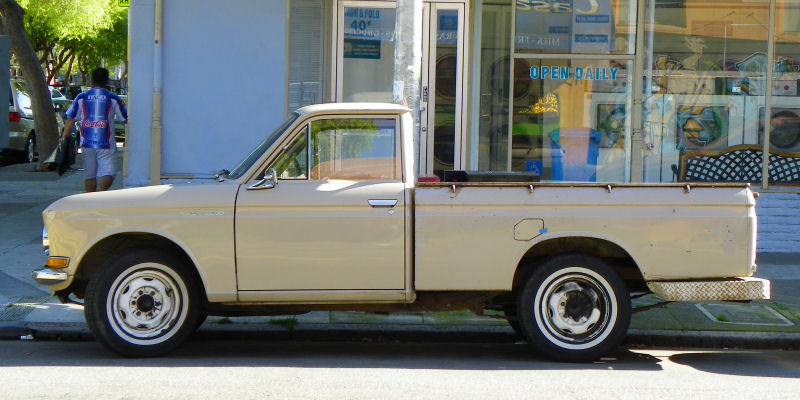 Some of the least common old cars in this area seem to be old Datsuns - but not the cars, oddly enough. A large number of Z coupes and 510s have been saved because they were good cars despite being rust-prone. What doesn't seem to have survived, are the compact pickups Datsun fielded in the American market. 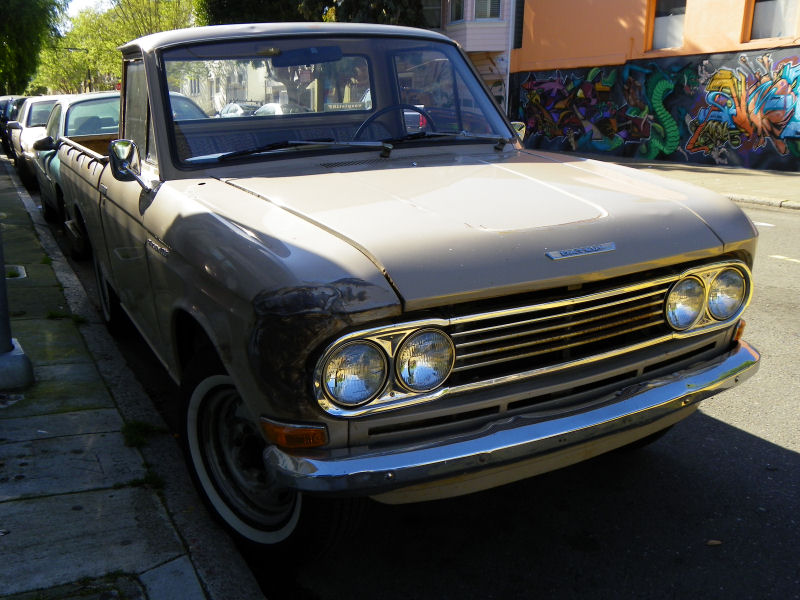 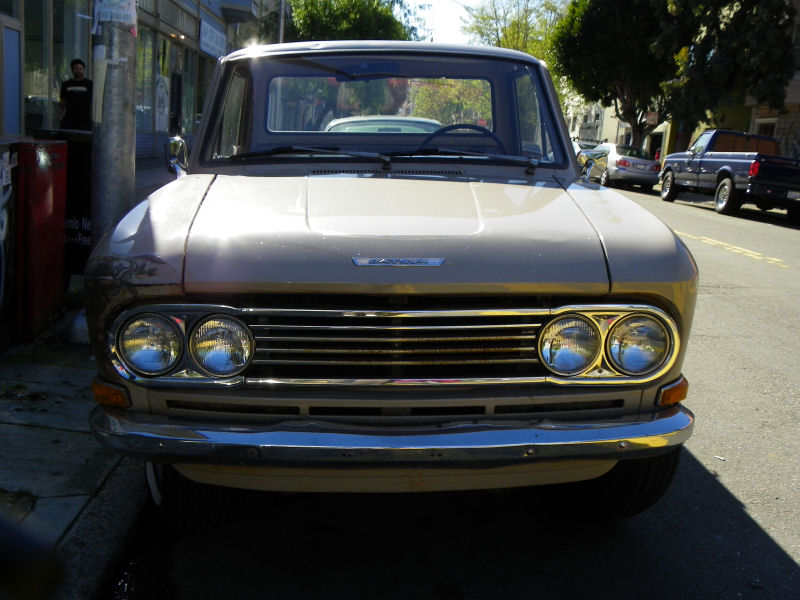 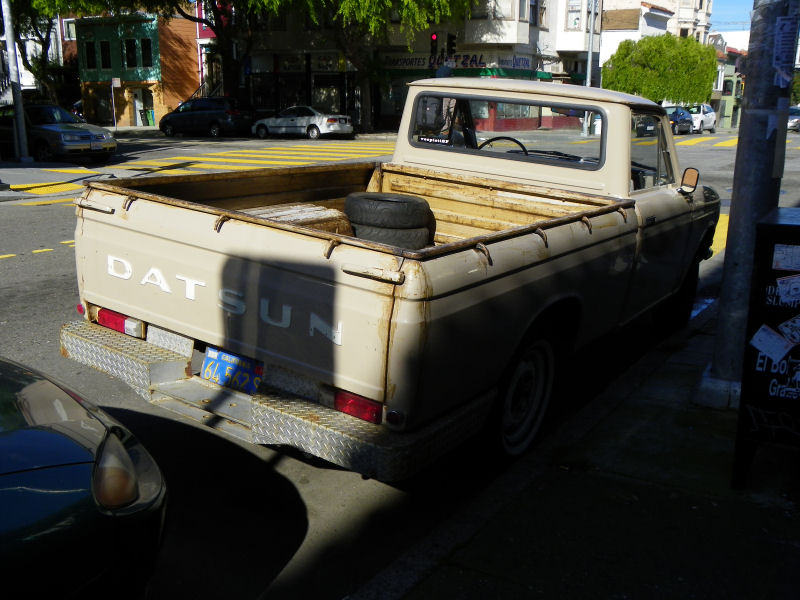 It's still easy to find old Toyota pickups on the West Coast, even with their own atrocious rust problems. These and Mazda's B-series trucks competed with the Datsuns and were popular with buyers who wanted a more economical choice than a full-size Ford F-Series, Chevy C/K or Dodge D-Series. The existence of the small imports forced the Big Three to rethink their game. Ford would respond in the '70s with the Mazda-based Courier, Chevy would field the Isuzu-based LUV, and Dodge brought over the Mitsubishi-based Ram D50. 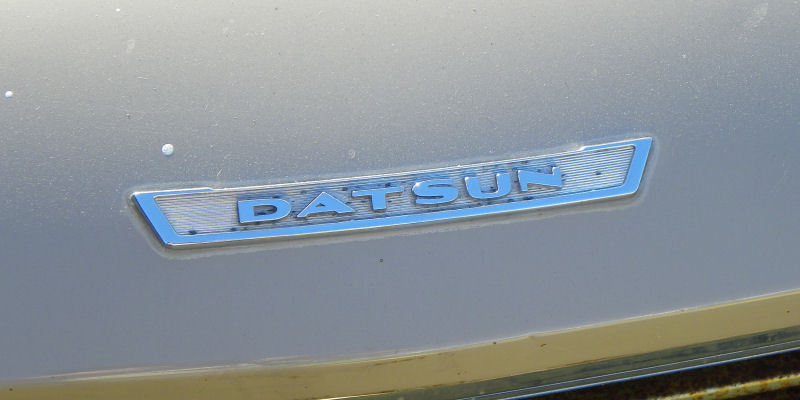 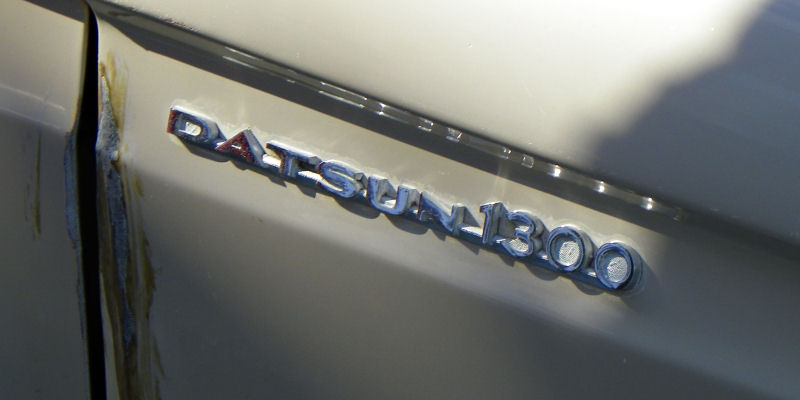 This pickup is a 1967-68 520 model with the 1300 cc J13 engine making 67 horsepower. This body style was introduced in 1965 and gained quad headlights for '67. Condition is okay, with a small amount of body damage and a lot of surface rust in the bed area. It's fragile and basic and slow by today's standards, but I'm sure these little haulers worked hard in their day and saved a lot of dino juice for the rest of us.
Posted by Jay Wollenweber at 12:00 AM