Fifth in my collection of San Francisco cars photographed and featured by both myself and by my friend Colin Stacy of The Automotive Way, is this early 1960s Triumph TR4 roadster. 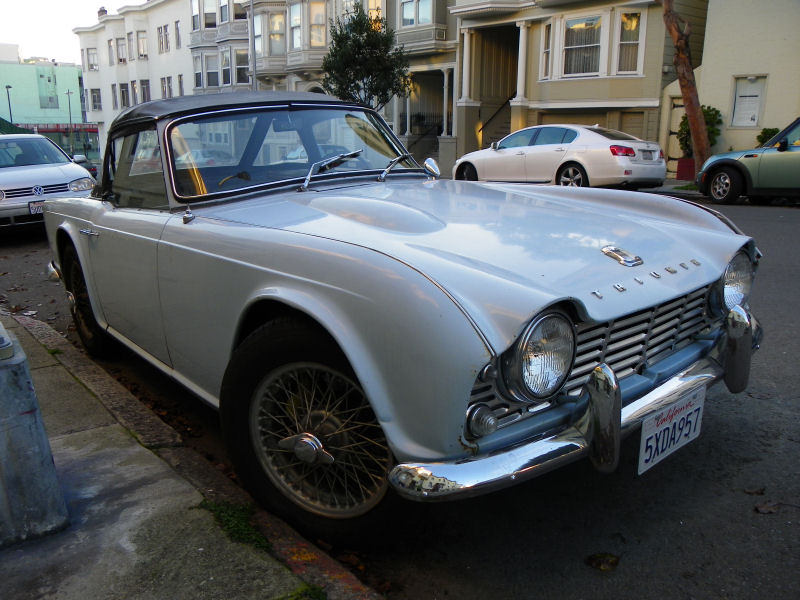 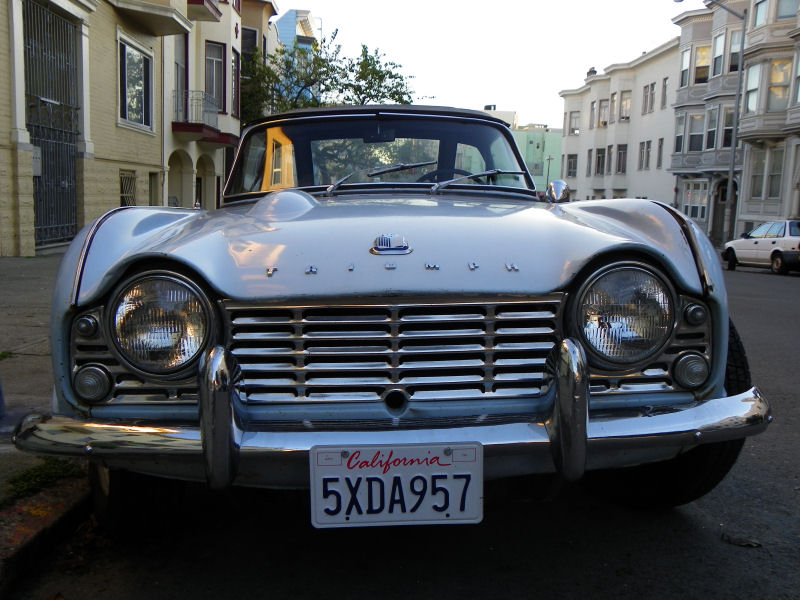 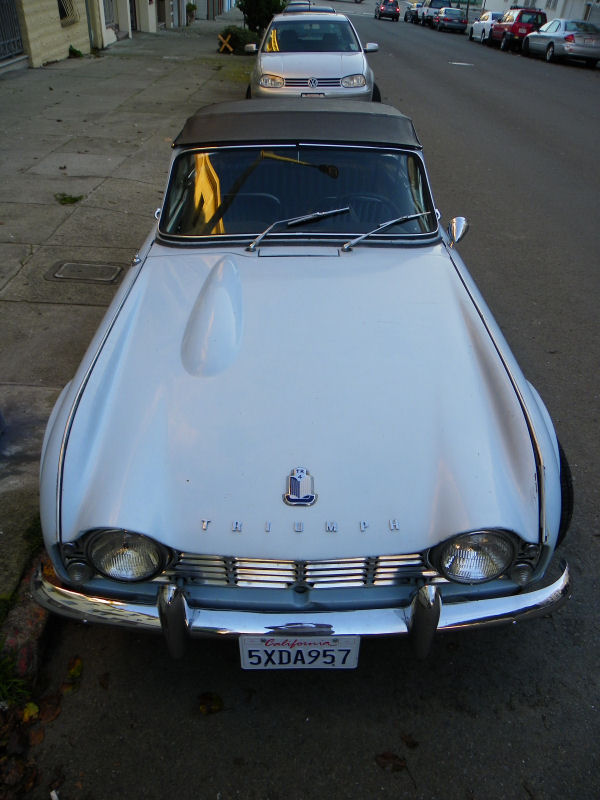 Vintage Triumphs are cool little cars. Being British, they're the kind of vehicle you can chat with your friends about over a pint, sharing all your adventures ... in fixing it when it broke down.
Okay, that's unfair. The stereotype of unreliable British sports cars is partly earned thanks to the infamous Lucas electrics, leaking oil and later British Leyland corporate bungling and apathetic quality control, but when they do run I'm sure that a classic English roadster is a thrill to drive. It must be, if American soldiers returning from duty in Europe brought home thousands of them, and Mazda sought to copy the formula when it developed the MX-5 Miata in the late eighties. 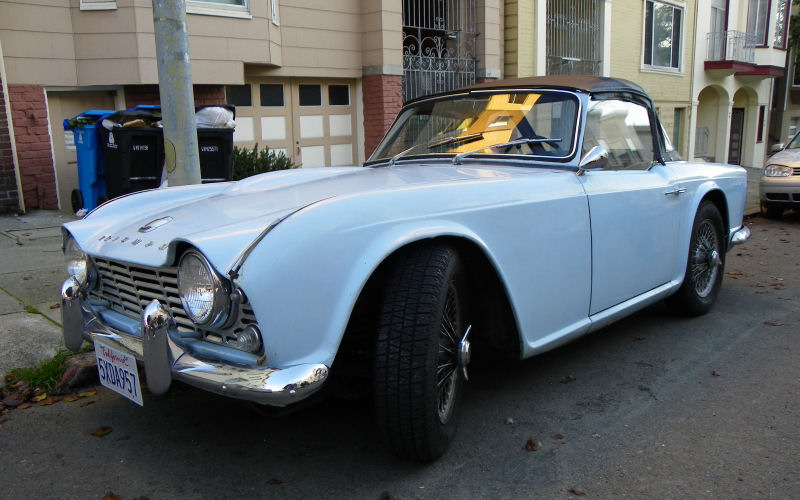 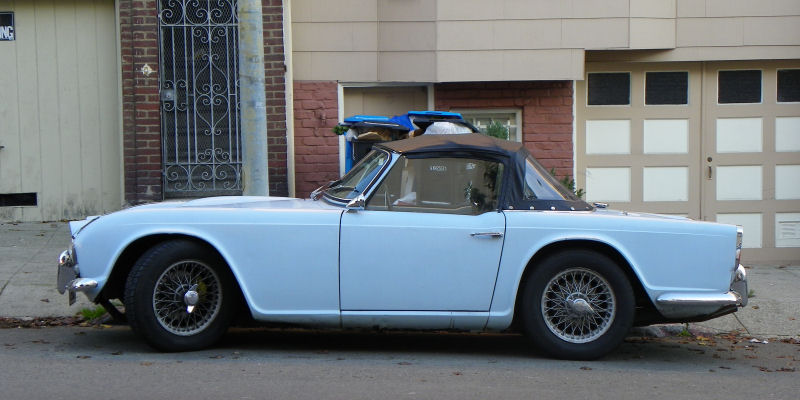 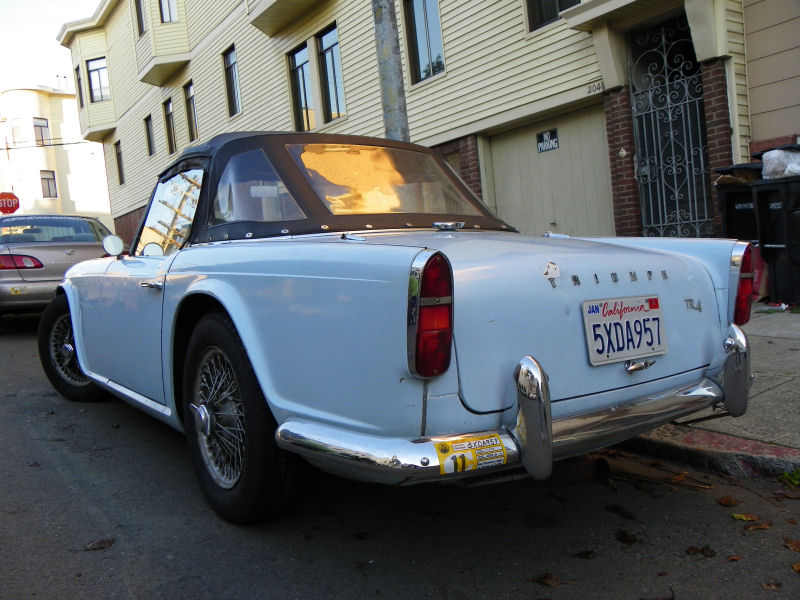 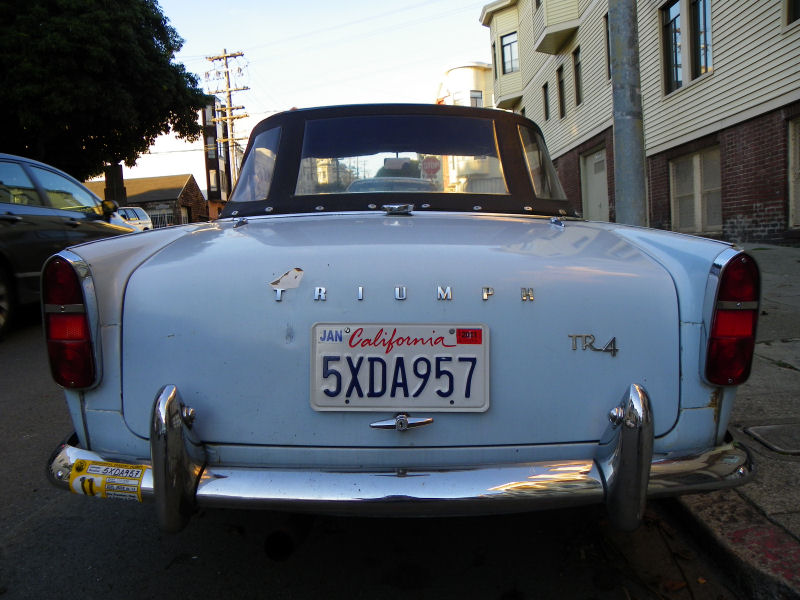 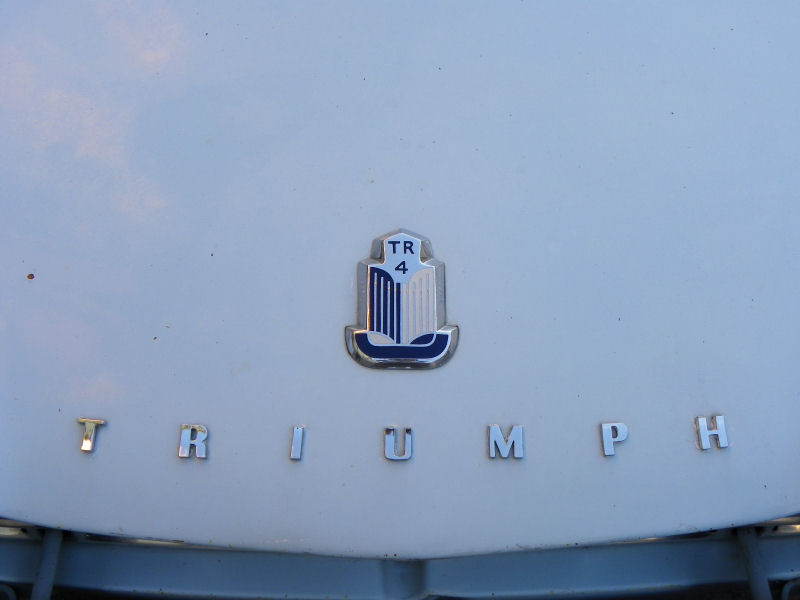 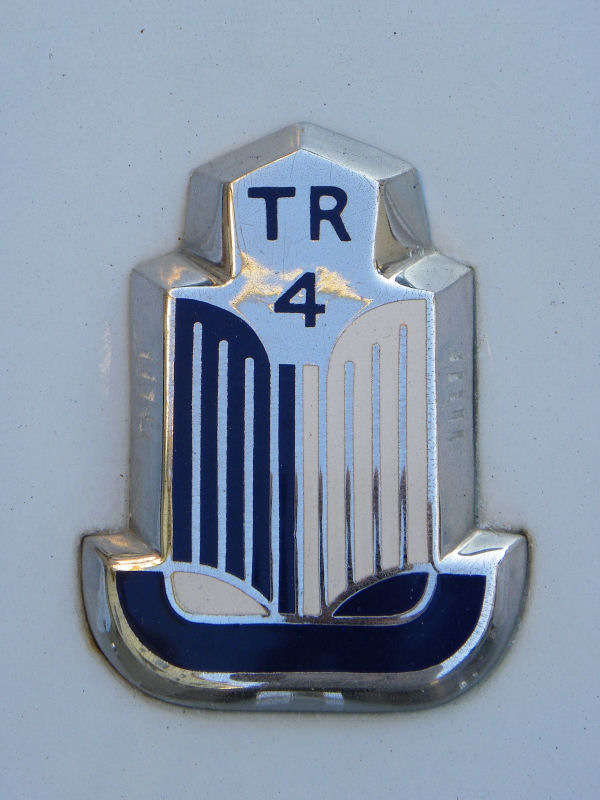 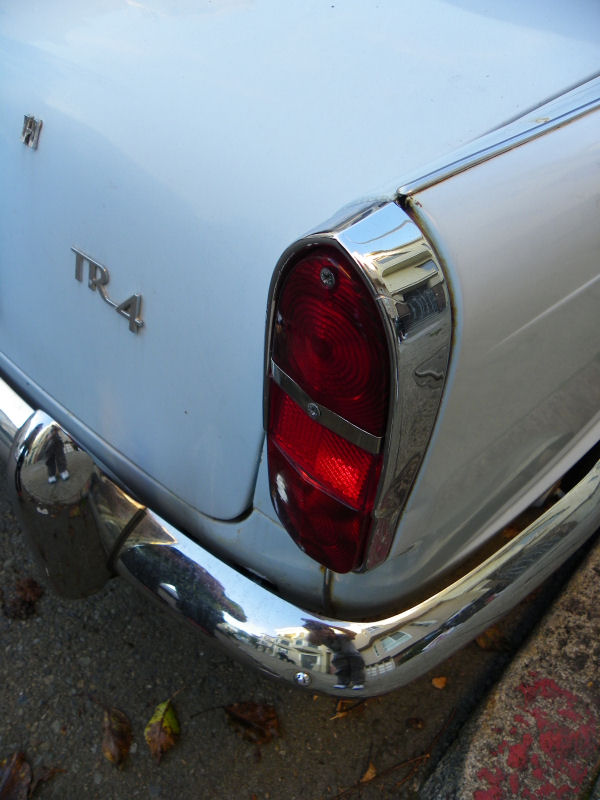 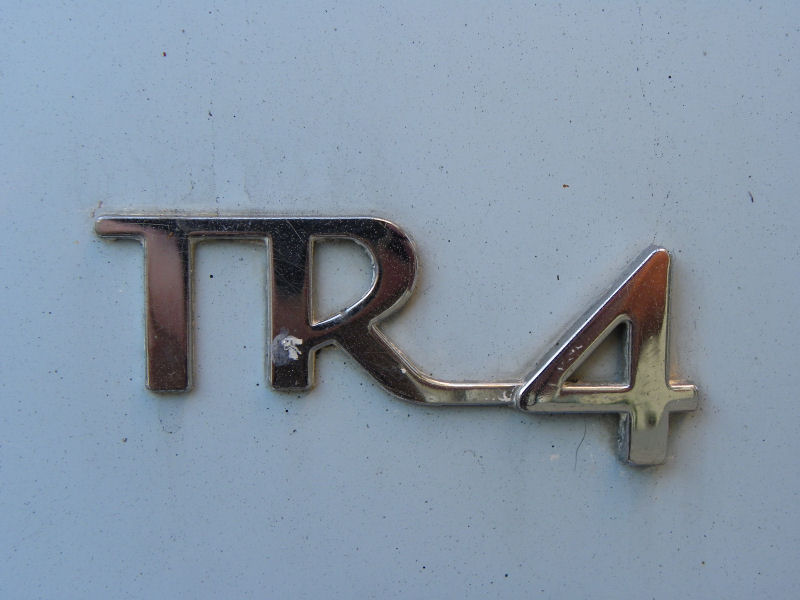 Triumph had some great and pretty unique little cars during their heyday, when the company wasn't forcing them to slap their badge on crap, usually rebadged versions of other mundane BMC or British Leyland products. They had the TR series of roadsters that lasted from the 1950s to the '70s, perhaps reaching its pinnacle with the TR6 and then promptly plummeting into a hole with the TR7. Triumph's last gasp was the Acclaim, a sedan which was a rebadged Honda Civic and probably sold in reasonable numbers because it ran. (That didn't stop the light Japanese steel from rusting in the UK's damp climate though...)
The TR4 sat pretty much smack in the middle of Triumph's roadster series. It was built between 1961 and '65, so I've split down the middle and called this one a '63. In late 1963 the dashboard design was changed to a mahogany veneer, but this one has the early style which was white with black trim. While not my favorite of their cars, The Michelotti-penned design has begun to grow on me. It's a cleanly designed little car that's probably the most fun to drive at low speeds on twisty roads. One of my high school classmates had a Miata with a license plate frame that read: "Happiness isn't around the corner; happiness IS the corner". And that is the mantra of the classic sports car. Unlike most American cars of the era which were made for cushy straight-line highway cruising or stoplight drag races, the TR4 has a small 2138cc 4-cylinder engine, a 4-speed manual gearbox and a chassis tuned for a hard ride and optimal cornering ability.
This one needs to be shown some love before the tin worms get into the body, but for an almost 50 year old roadster it looks pretty good. Maybe the owner fears that if it looks too nice, some vandal or thief will ruin it, or it will be too good to properly enjoy on the open road. And that would really be a shame.

You can read Colin's take on this car here.