One of my all-time favorite 1:18 scale diecasts from my collection is the Lamborghini Diablo SV by Maisto. I was a sucker for the Diablo as a kid and this was one of the first 1:18s I made a conscious effort not to destroy. It's a budget model to be sure, but a good value for the money compared to some of the other Maisto offerings I've seen. I got mine back in the 1990s when the tooling was fairly new, but this casting is still in the Maisto catalog and can be found in a variety of colors. 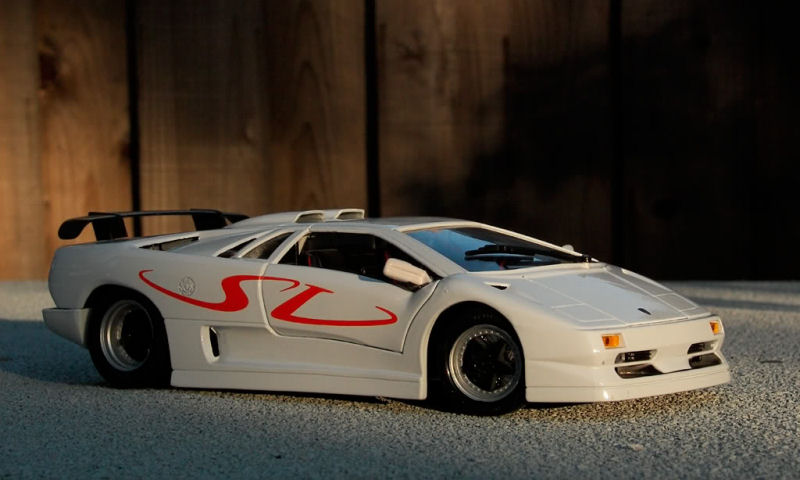 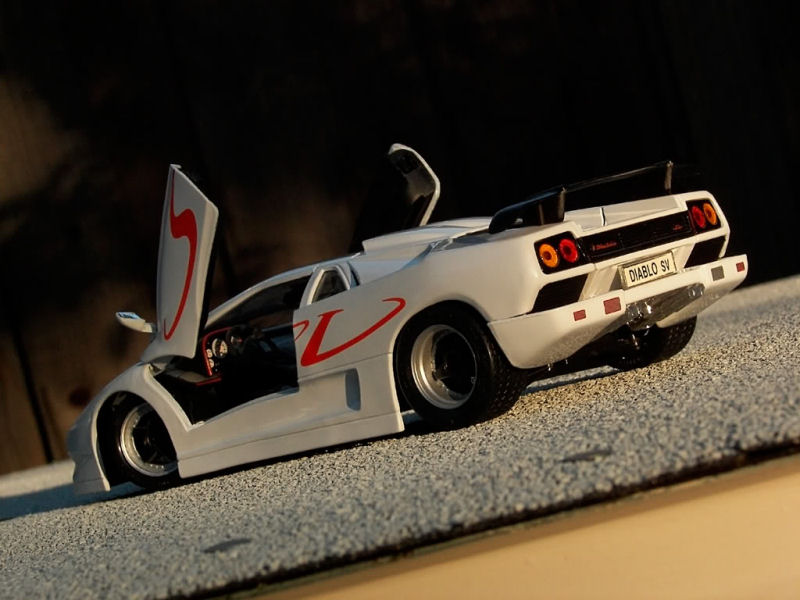 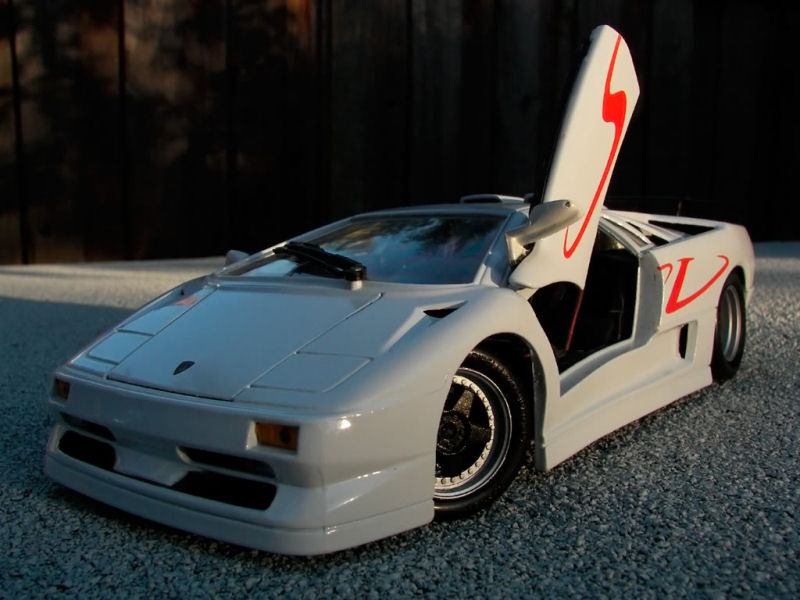 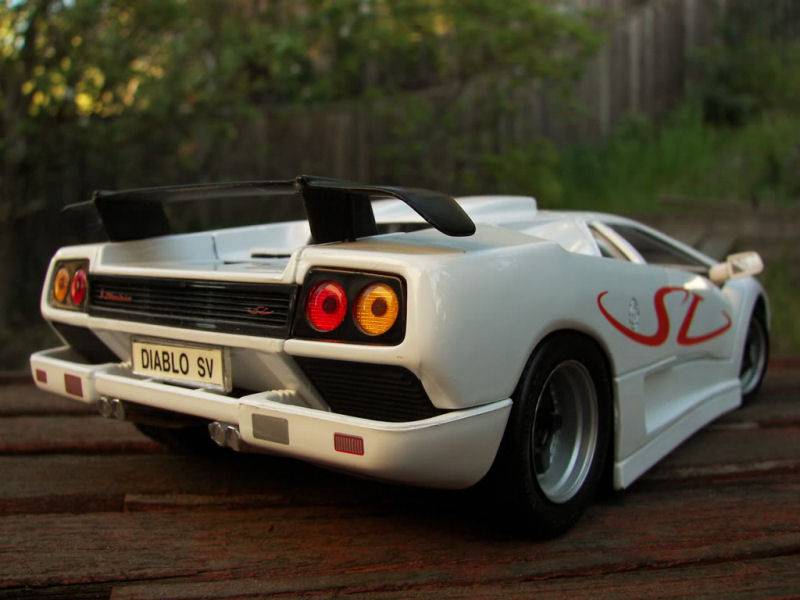 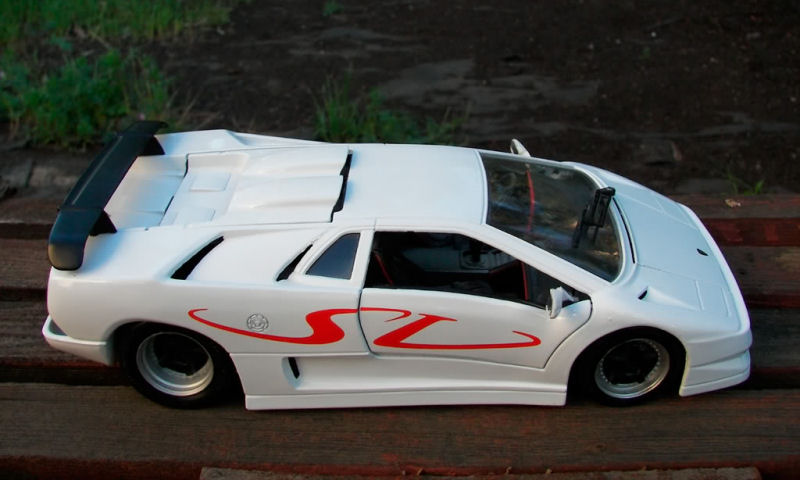 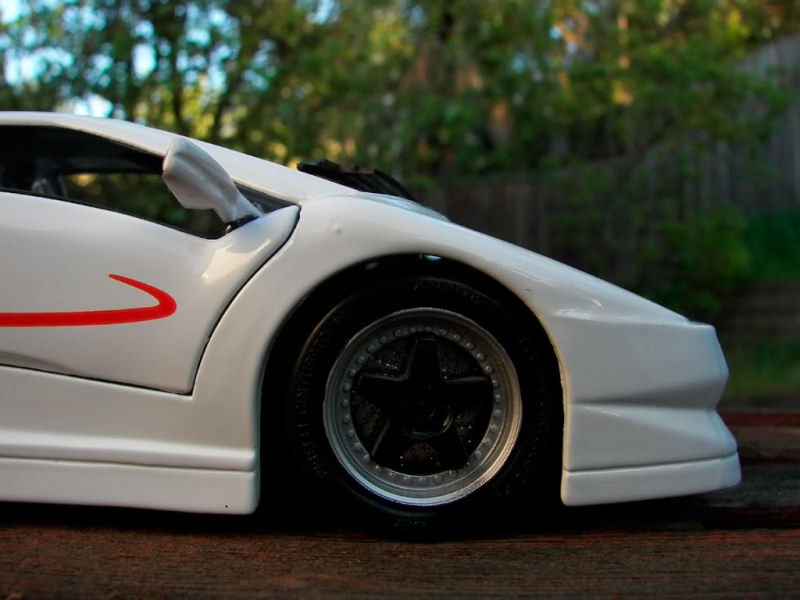 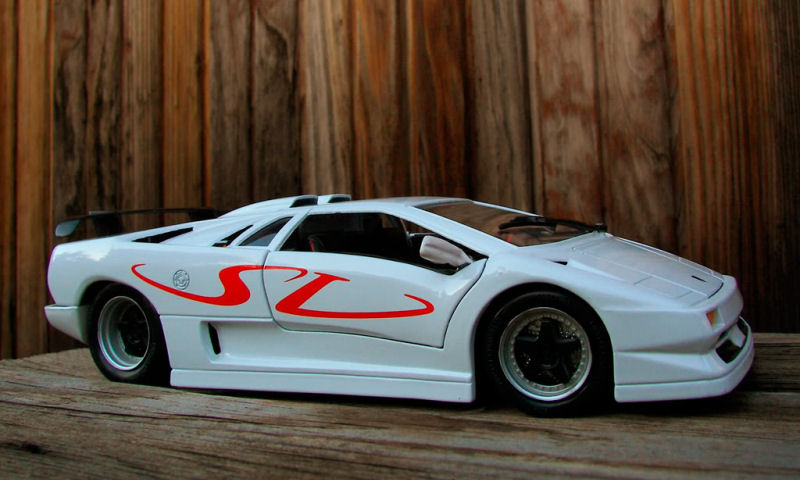 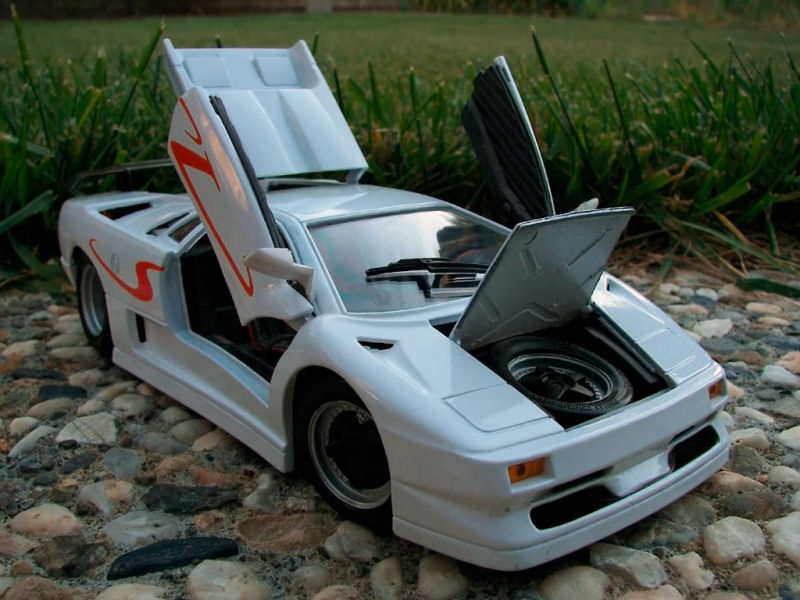 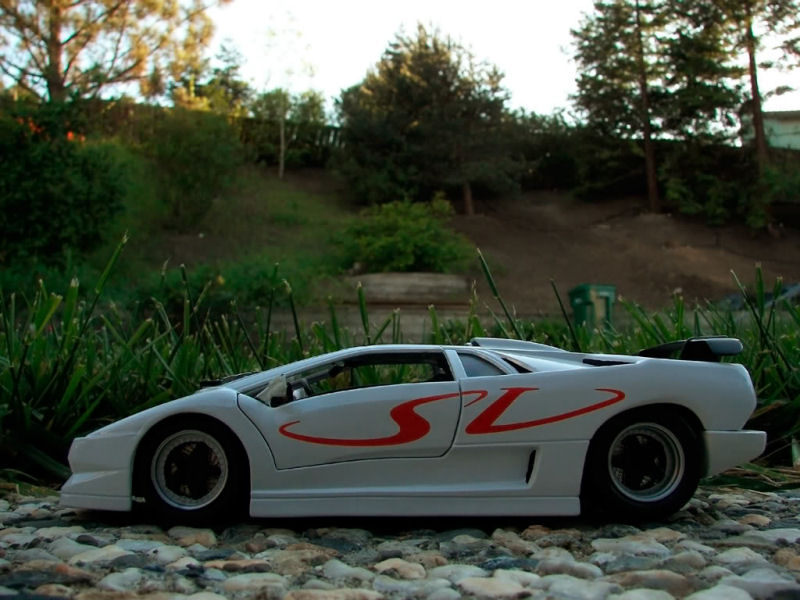 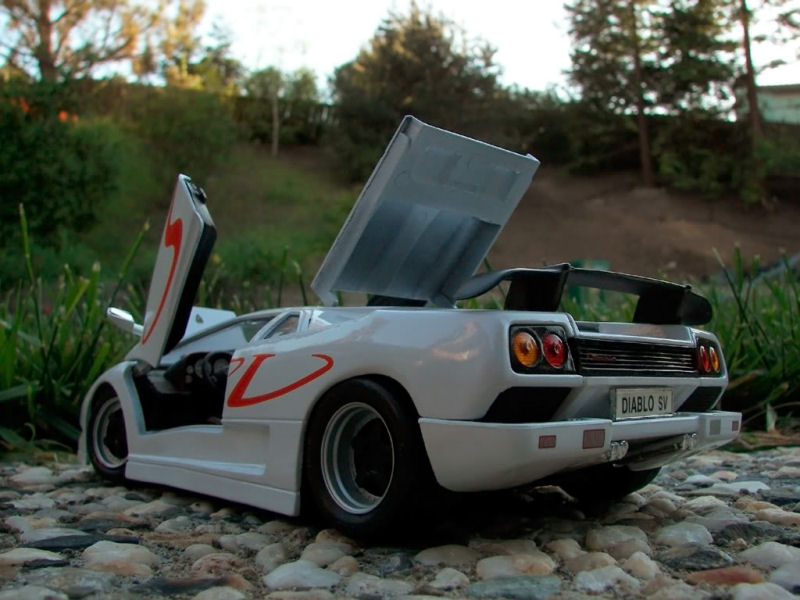 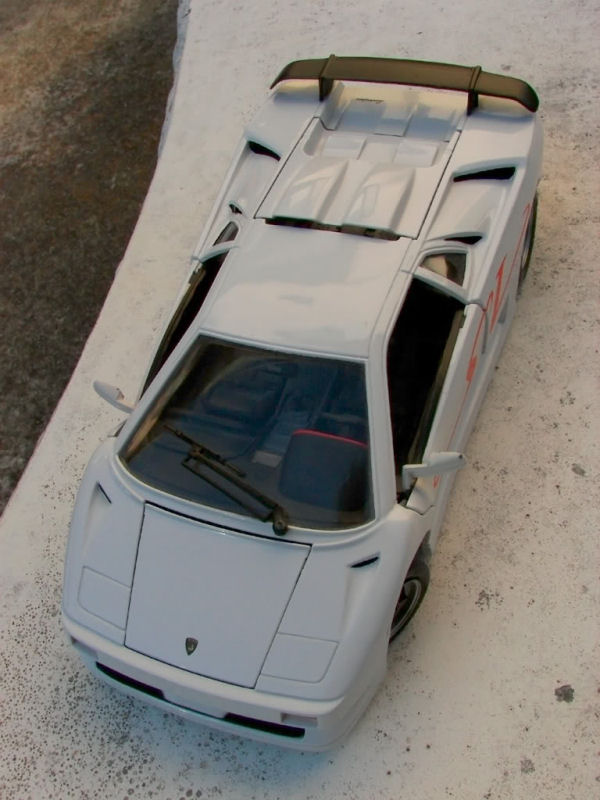 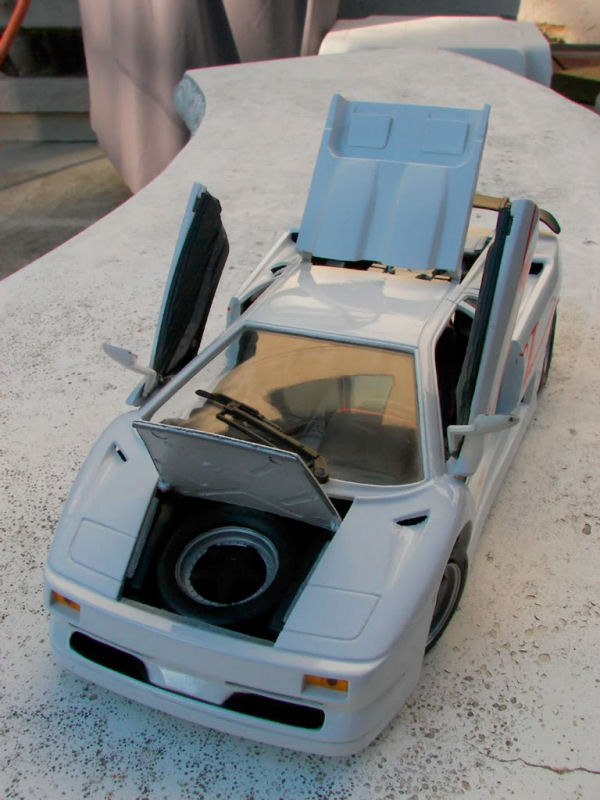 For such a cheap model, I'm impressed by the detailing. The model has the basics collectors expect: steerable wheels and a spring suspension. The doors, hood and engine cover all open, and instead of a black hole you get a proper spare wheel complete with embossed tire lettering. The seats and dashboard have red piping to jazz up what would otherwise be drab blackness, and the gauge cluster is detailed, albeit only a sticker. Stickers (or decals) can also be found masquerading as backup lights and reflectors on the rear bumper, but that can be forgiven. The important signal lights have proper plastic lenses and aren't painted on. Some model snobs will complain that the mounting stubs for the lights are visible through the lens; this is common in cheaper models and on this particular model it doesn't bother me except on the front turn signals. The car's name badges are neatly picked out in red on the rear end. The single windshield wiper moves in a sweep across the windshield, but be careful - it can scratch. Some details such as the four exhaust pipes make the model appear a bit toylike, as those are the only chromed bits on the car and they're super shiny. Some collectors might want to paint the inside of the exhaust tips black for realism. Some collectors may also be disappointed that the headlight covers are sealed shut. Perhaps on a higher-end model you'd get functioning fliplights, but for $20-25 this isn't bad. Paint quality is adequate and the model displays well. I wish that the edges of the metal around the air intakes were smoother and that there weren't so many visible casting seams. Perhaps on an AutoArt model that kind of quality would be present; then again, AutoArt charges five times the price and the end result is a car your kid will smash to pieces in as many minutes. This model survived my youth with very little damage.
Posted by Jay Wollenweber at 12:00 AM