Ask an American about the Peugeot 403 and they will come up with exactly one example: the beat-up grey convertible Peter Falk drove in the TV show "Columbo". And for that matter, the average person who recognizes the Columbo car probably has no clue what it is and would associate any blocky, grey-colored 1960s European convertible with his car.
The interesting thing about the convertible is its rarity; very few were ever made because they cost almost as much as two of the more pedestrian four-door sedans, as seen here. The 403 sedan (and Familiale wagon) was Peugeot's family car offering for the late 1950s, and with the introduction of the 404 was sold as the slightly smaller, cheaper family car in Peugeot's lineup. Kind of like a Chevy Malibu to the 404's Impala in a way. The 403 could also be had as a pickup in some markets, not unlike the El Camino! 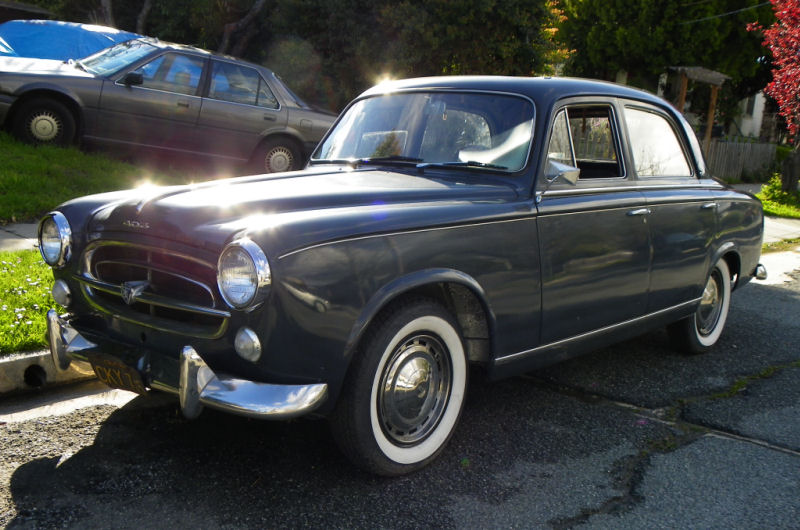 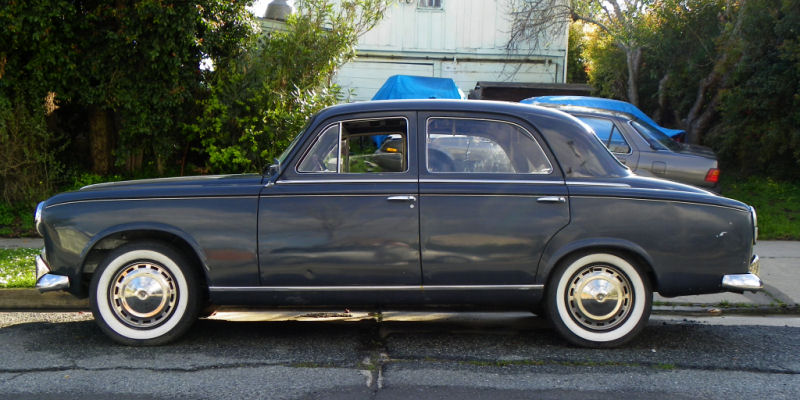 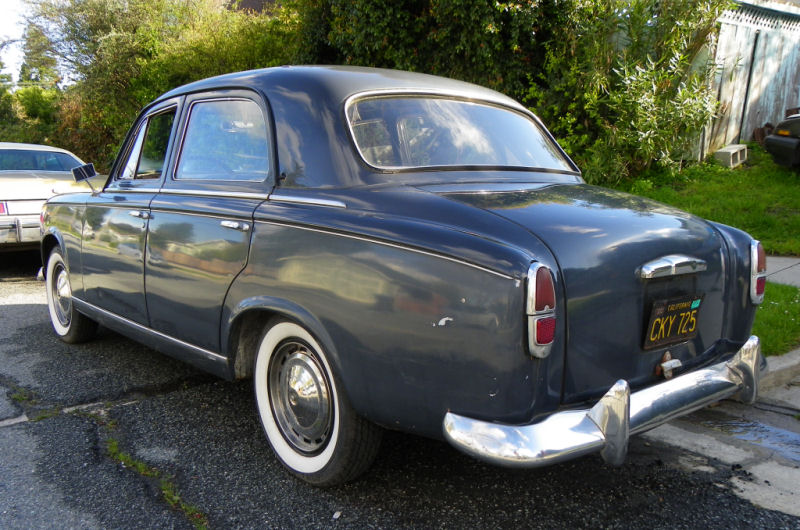 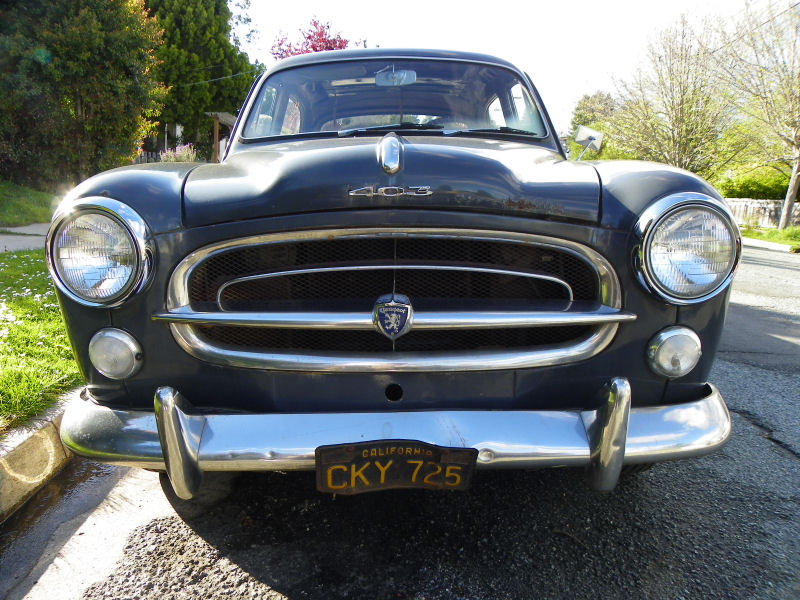 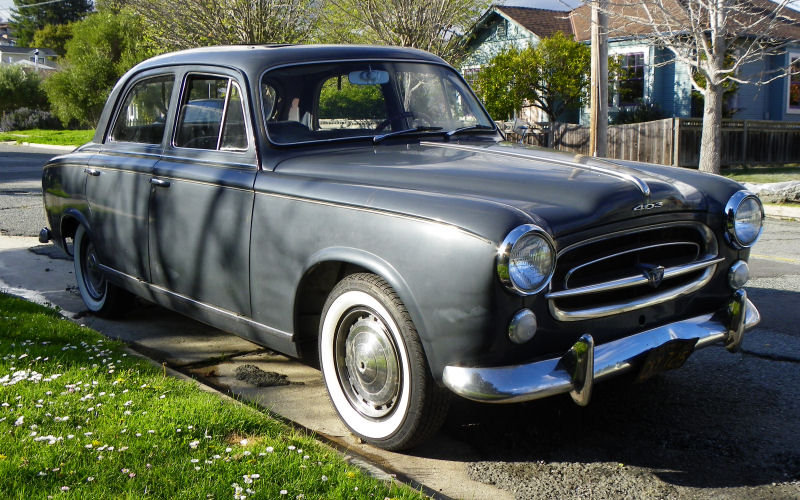 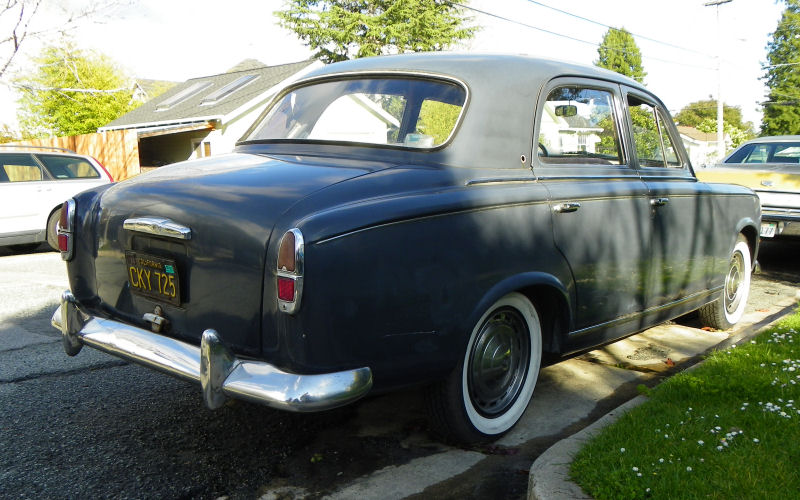 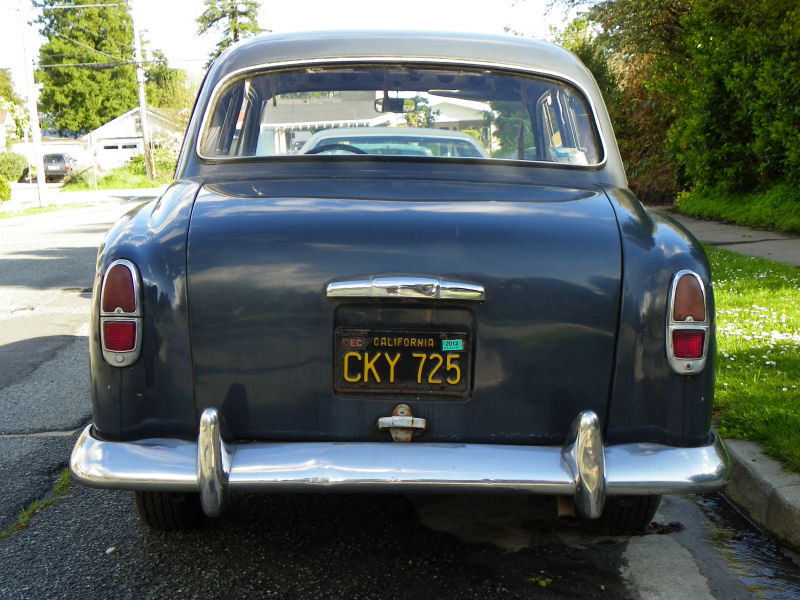 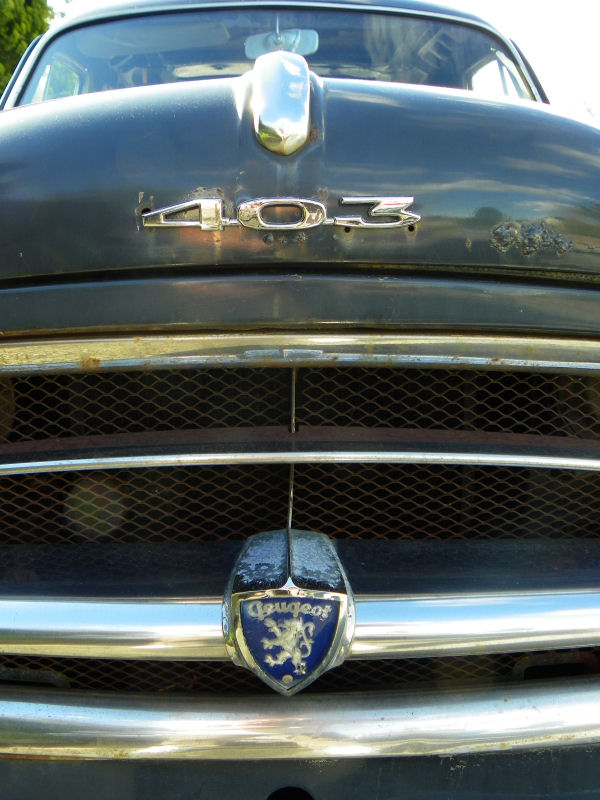 I simply love finding obscure French cars on California's streets, and the best part is that I have a Canadian to thank for finding this one. My friend from Alberta discovered a hidden treasure trove of cool old cars while on vacation here in 2010. Much to my delight, most of them were still there when I happened upon the spot two years later. The owner appears to collect old luxury cars with a preference for Lincolns and, oddly, Peugeot 403s.
This 403 is in good condition for its age, and is indeed a curious find on American roads. My first guess at its age was 1963, judging by the very weathered black license plates with an early letter prefix. (edit: A subsequent talk with the owner in fall 2013 confirmed the car's model year as 1959.) I don't know how many of these little cars were sold in North America, but I doubt it was very many and even fewer are likely to have survived. As a luxury offering it may not have been taken seriously in its day here; Americans were - and are - accustomed to the luxury version of a car being the best of everything: the biggest, most powerful engine, an automatic transmission and a sumptuously trimmed interior. The 403 offered a gas or diesel four cylinder and a four-speed manual. You could get leather if you absolutely had to have it, and an automated clutch, but both would cost you. You did, however, get a sliding metal sunroof, a feature not offered on American cars until the Mercury Cougar in 1968. Sunroofs seem to have been more common on European cars; even the more plebian models like the VW Beetle and Fiat 500 had them as standard or at least optional.
The battleship grey paintwork on this 403 is starting to go downhill, but it still holds a shine and puts on a brave face against the coastal elements. Speaking of which, the salt air has done the 50 year old French steel no favors. The bottom of both the hood and the trunk lid are starting to bubble with rust. Both front and rear bumpers have fended off other cars over the years and could stand to be straightened. On the inside, the headliner is pretty much gone and needs to be replaced. Aside from those complaints, though, the body is remarkably straight and looks very solid. These cars had a reputation for reliability, and that's a very good thing, because good luck finding parts in the event something does go wrong. I wish the owner luck with his or her collection and I look forward to featuring more of their cars in the future.
Posted by Jay Wollenweber at 12:00 AM