For most of my life, I've been a huge fan of the 1940 Ford. This goes for both the passenger cars and the light-duty trucks. The '40 Ford pickup is one of my all-time favorite classic trucks. 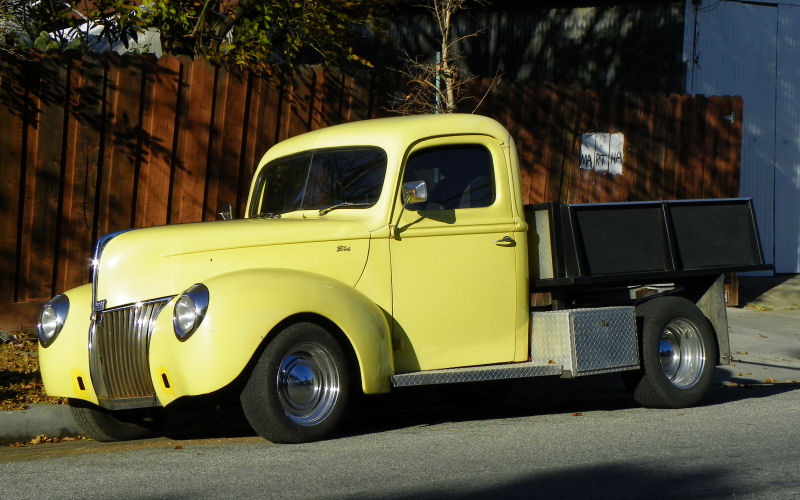 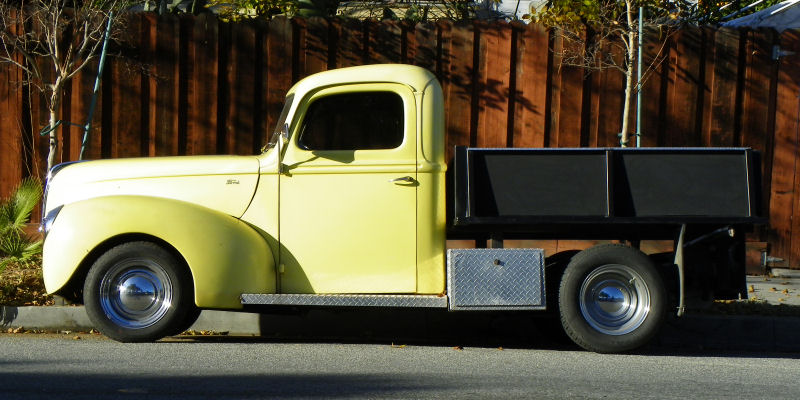 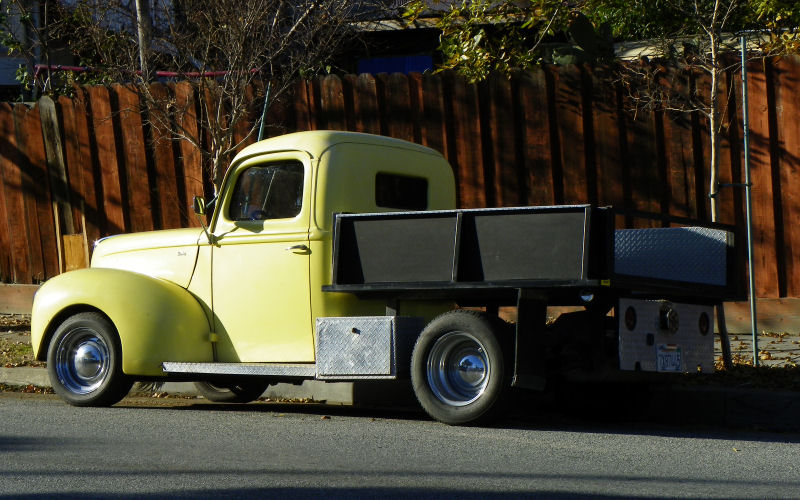 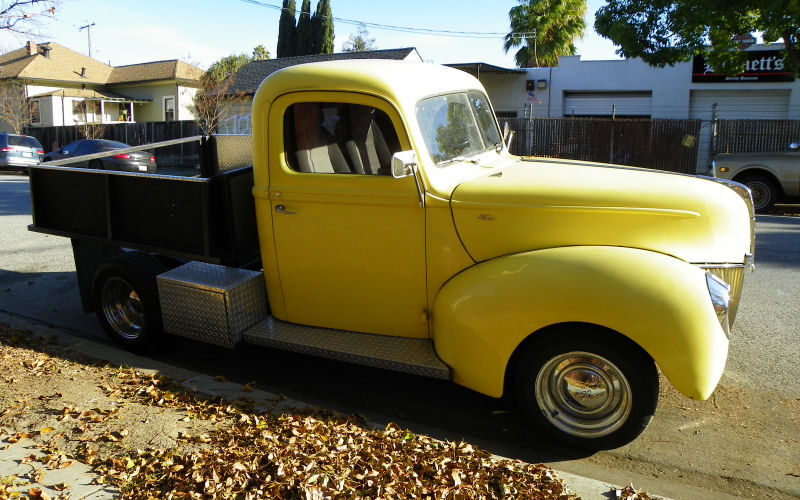 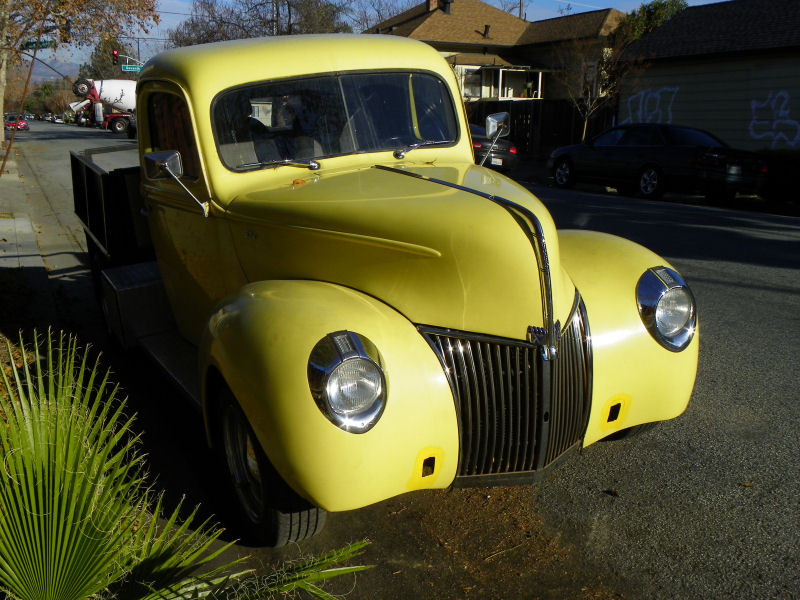 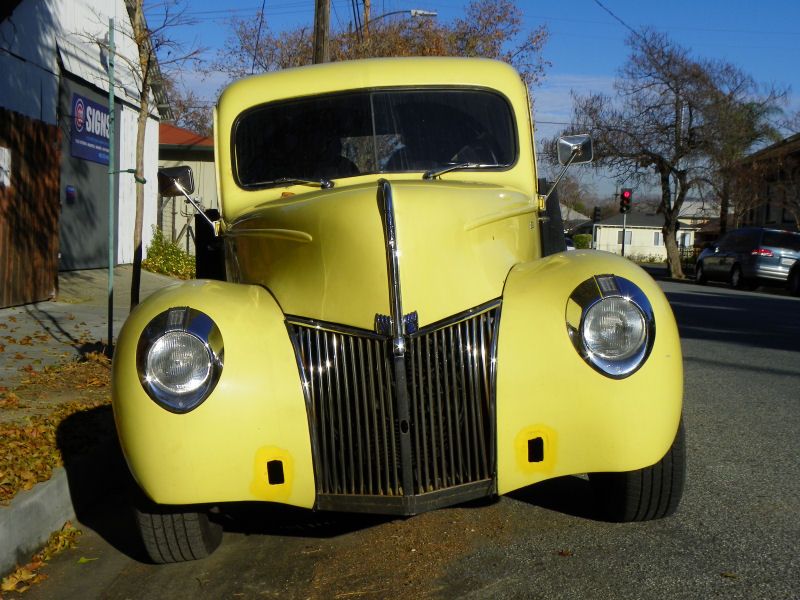 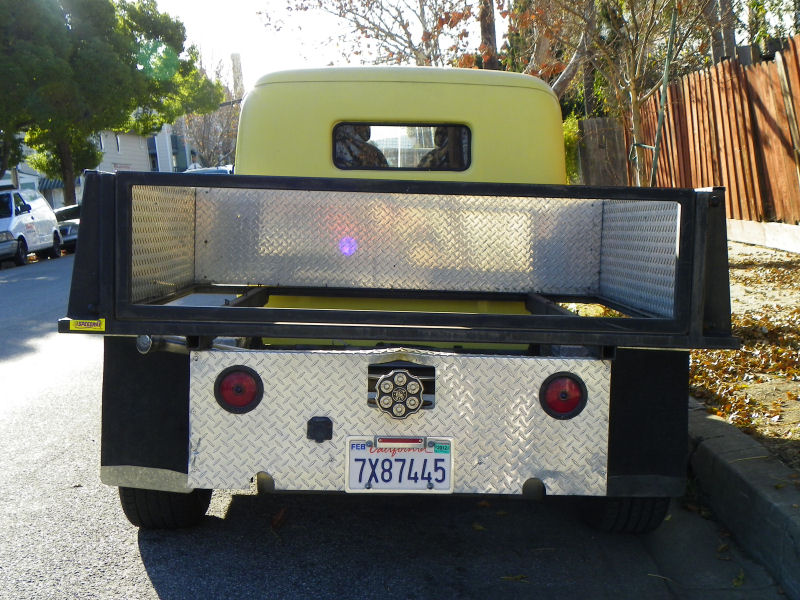 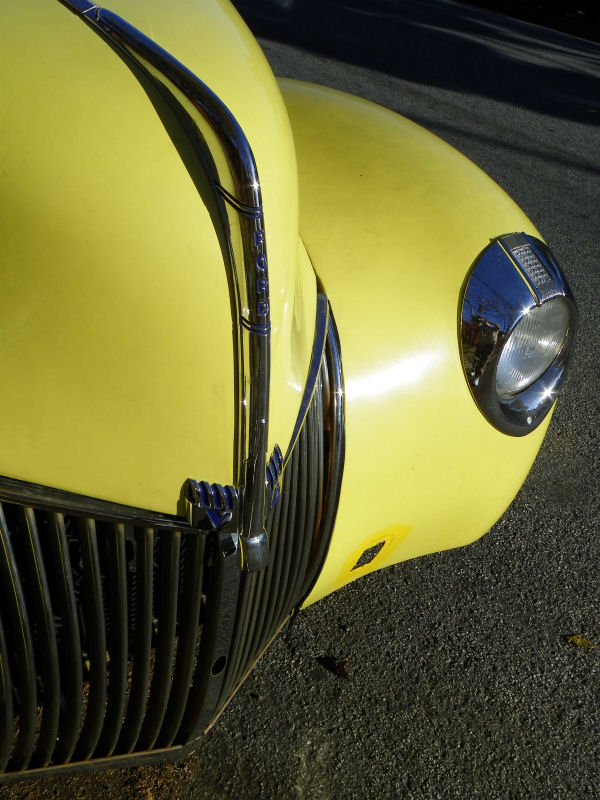 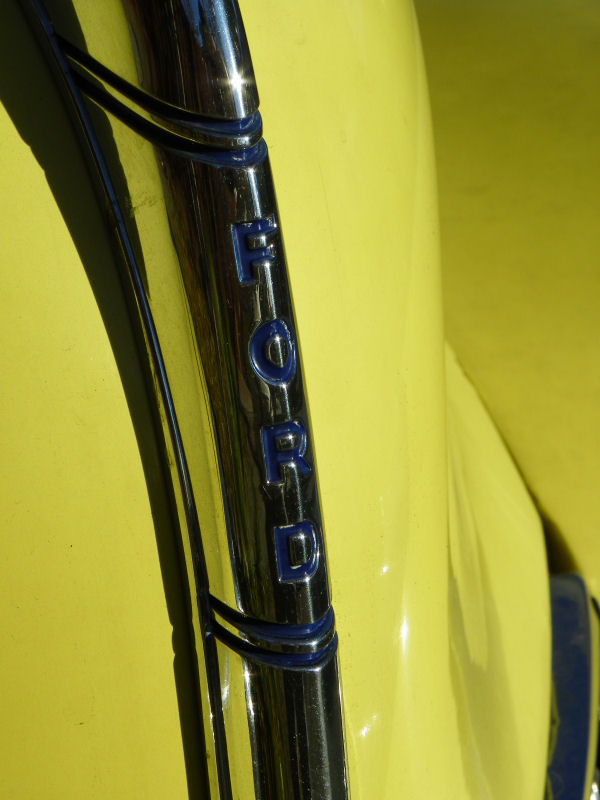 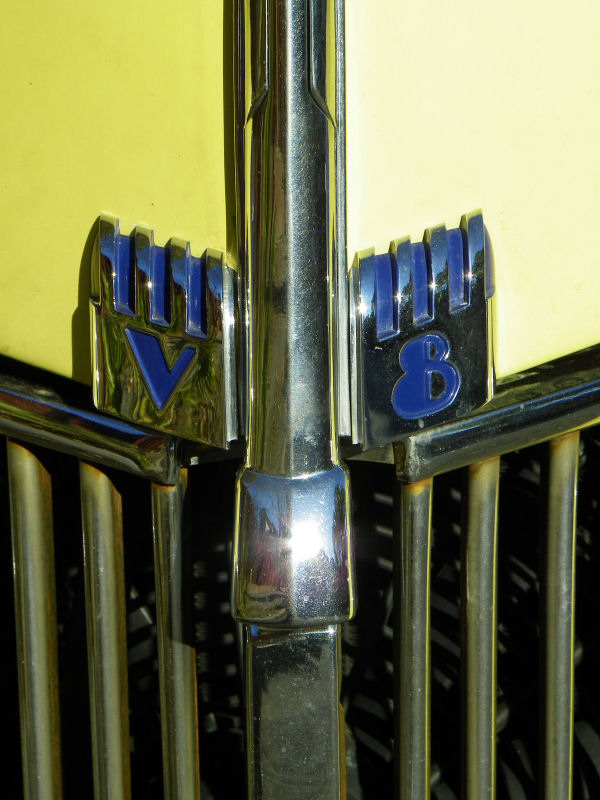 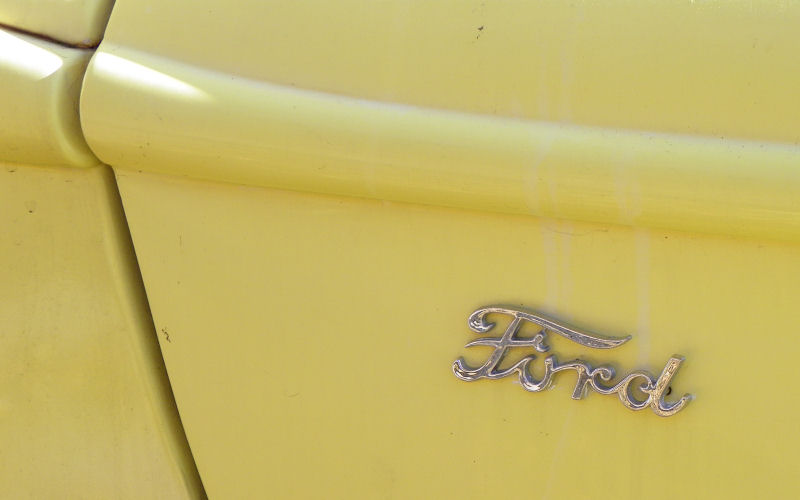 I'll be honest, I think these Fords look best when they haven't been messed with visually --partly because I'm a purist and my friends hate me for it-- but also because I think it's just about impossible to beat one of these with a stock or slightly lowered stance, body-colored steel wheels with chrome center caps and beauty rings, full chrome trim and bumpers, and of course painted the right color.
This one has some unusual modifications, the most noticeable of which is a dump bed. It's also had the bumpers removed, diamond plate running boards and tool box added, chromed steelies with baby moon caps, custom interior and last but not least, a 350 Chevy engine swap. I spoke with the owner and he was a very nice guy, so I don't want to rag on his custom truck. I'll just say to each his own. It may not be my favorite 1940 Ford truck of all time, but it's one of a precious few I've ever seen parked on the street, and that should count for something.
Posted by Jay Wollenweber at 12:00 AM