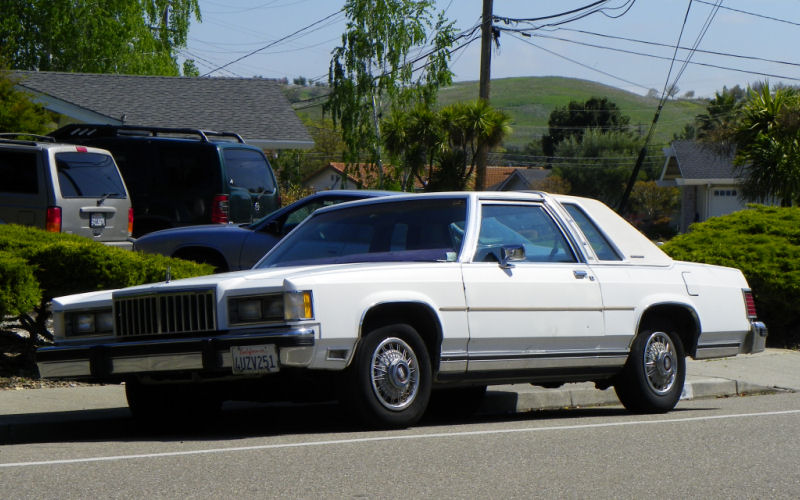 On a normal day I don't even look twice at Ford Panther platform cars. They're a dime a dozen, they're reliable, unremarkable and nobody really cares much about them as they age. A friend of mine in Canada has owned four of the older square-bodied Crown Victorias, never paying more than a few hundred dollars for any of them. Then again, he's owned about 25 cars and rarely paid more than $500 for any of them. And that's just it: Ford sold hundreds of thousands of LTDs, Crown Victorias, Country Squires, Mercury Marquis, Grand Marquis and Colony Parks and Lincoln Town Cars between 1979 and 1991. And then they slapped a new body on the old chassis and kept selling the cars at a handsome profit until the last Crown Vic finally rolled off the line this year. They're so ubiquitous as the police car, taxi cab, fire chief's car and livery cab (not to mention the car of choice for thousands of senior citizens) that it's easy to find one as either cheap reliable transportation, a budget "fun car" (read: decommissioned P71 Police Interceptor), or a budget luxury car. 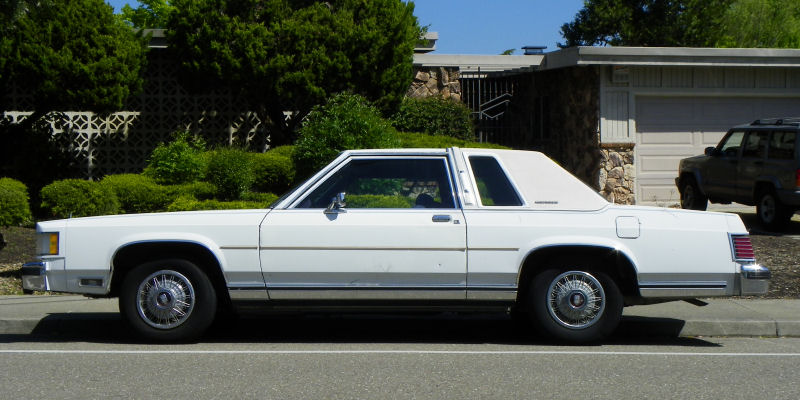 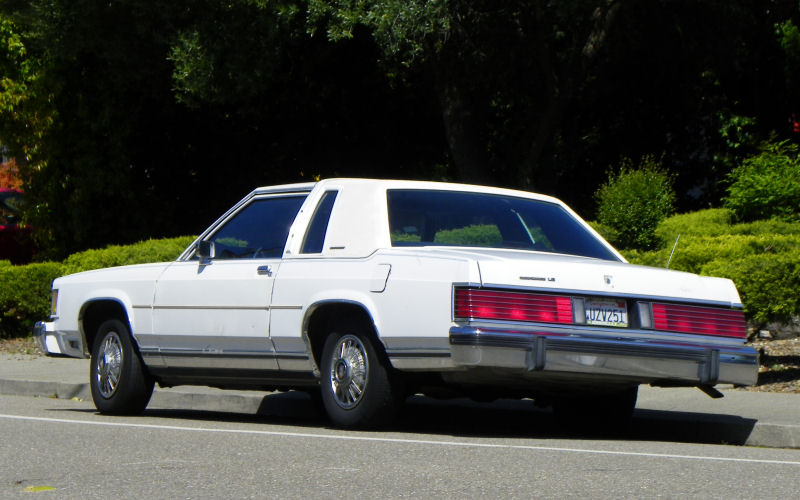 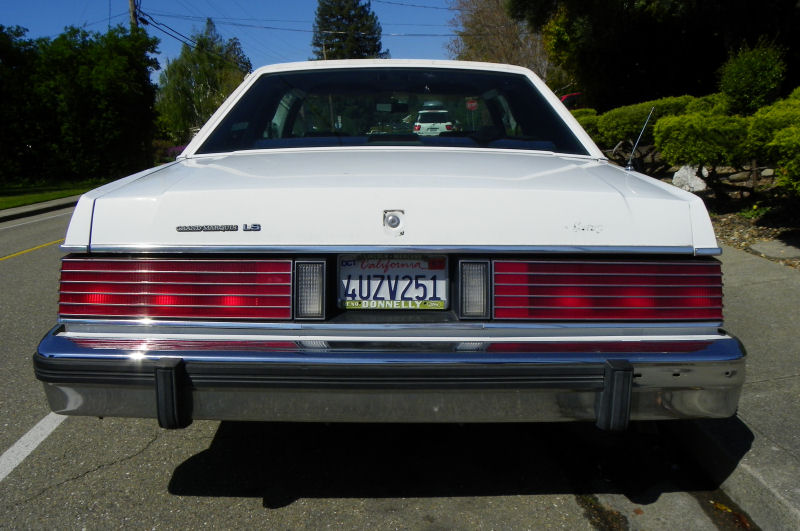 That is, unless you're in the market for a coupe that fits all of those criteria. The Crown Victoria coupes are pretty rare, but the ultimate first-generation Panther coupe to find is the Grand Marquis coupe. Only about 11,000 of these coupes were made in 1985, which is still a lot, but how many have you seen lately? I've long been a fan of the early Panther Grand Marquis, which began as a luxury version of the regular Marquis and subsequently replaced it in 1983. In 1986 the cars got a facelift which made them look just modern enough to be bland. They still had the cheesy padded landau top, but now the rub strips were bigger and the chrome rocker trim was gone. Turn signals were changed to a more aerodynamic wraparound style, the grille no longer looked like it was designed with a yardstick and the taillights lost their horizontal chrome ribbing. After 1987 the coupes were dropped for good. 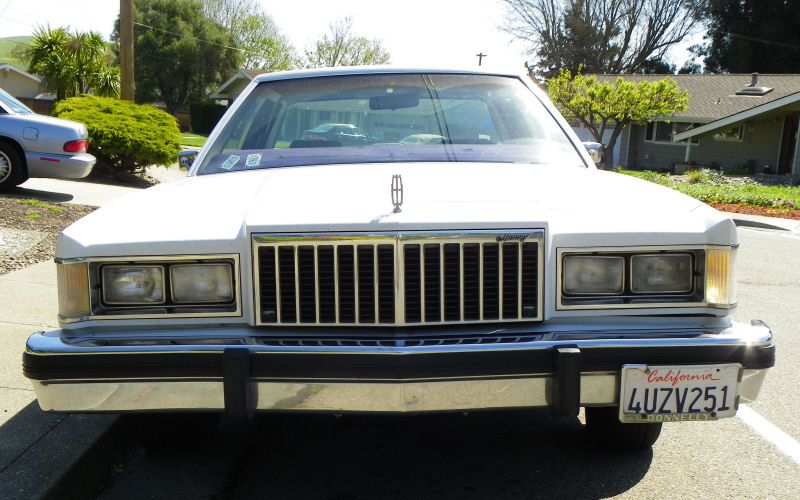 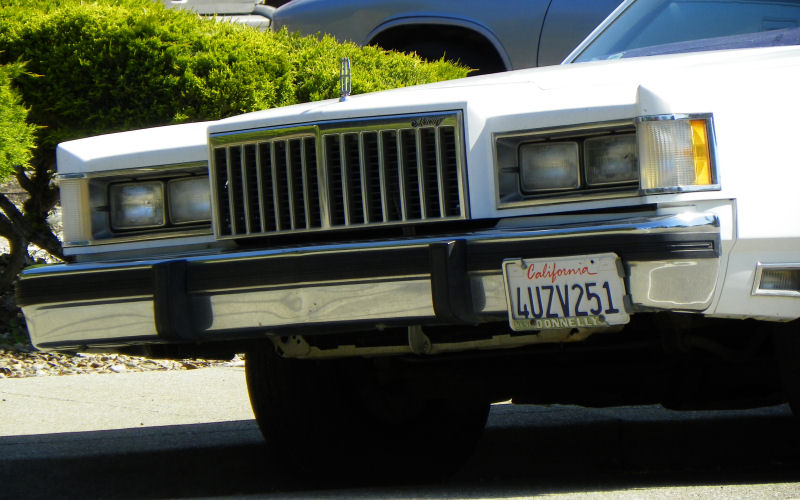 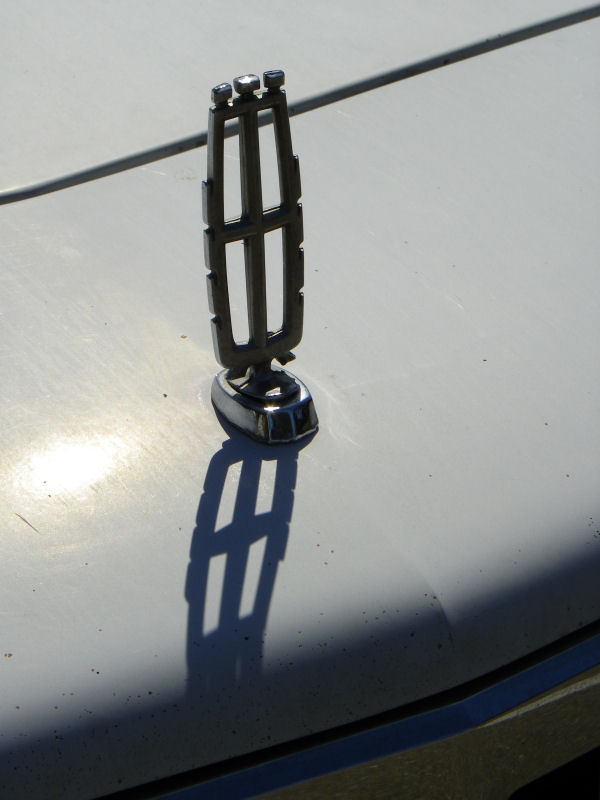 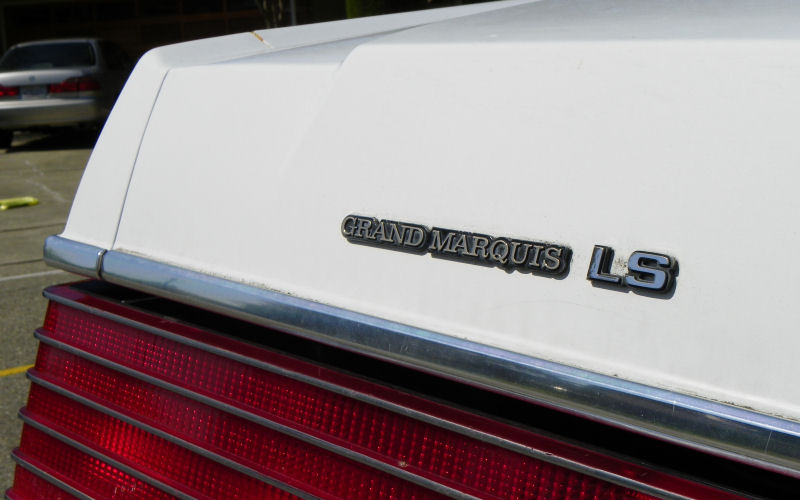 The beauty of the Grand Marquis is that, as a rebadged Crown Victoria, it can easily be turned into a screamer with police car engine and suspension parts, and it can be built up with a lot of goodies normally reserved for Mustangs thanks to their shared engines. Some people even autocross these things, which is a wonderful sight when they do it with a Colony Park wagon. If this car were mine I'd pop off the faux wire-wheel hubcaps and put them away somewhere, then perhaps swap them for the turbine wheels often seen on post-'86 Grand Marquis. Mine would have thin whitewall tires. Being a purist, I probably wouldn't go crazy under the hood, and would just use it as a cruiser.
Posted by Jay Wollenweber at 12:00 AM