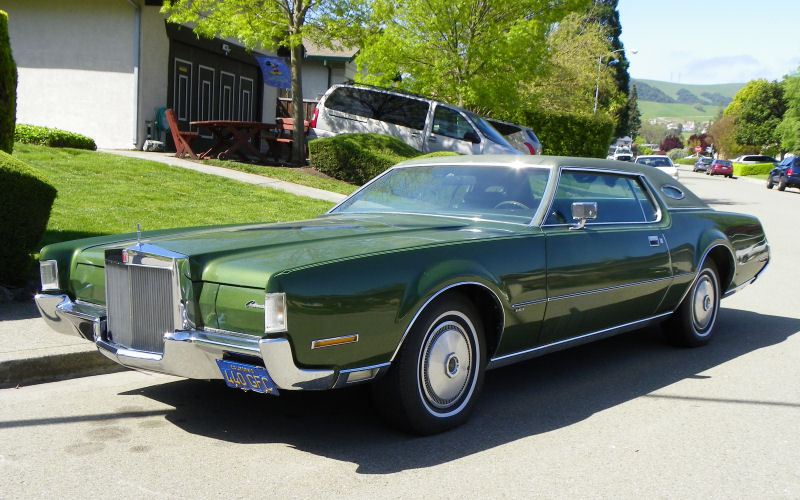 One of my friends owns a 1979 Lincoln Continental Mark V. That, to me, is just about the epitome of 1970s luxury. Gargantuan proportions, absurd levels of comfort, and a ride like the Queen Mary. Or at least that was the idea when it was new (his is a bit crusty). This is not a Mark V. It's a Mark IV, and I'm really starting to like these. In fact, this was one of my favorite shoots I've done so far. Whereas the IV's precessessor, the Mark III, was a bit bland for my taste, the IV pushes almost all the right buttons. It's ridiculously long, but at a glance the roofline appears lower and sleeker than the 1960s-era Mark III. The Continental design touches are all there: the tall, Rolls-Royce style grille with Lincoln hood ornament, the fake spare tire hump, and of course the luxurious padded vinyl roof - but with a twist! The IV now had an oval opera window available. 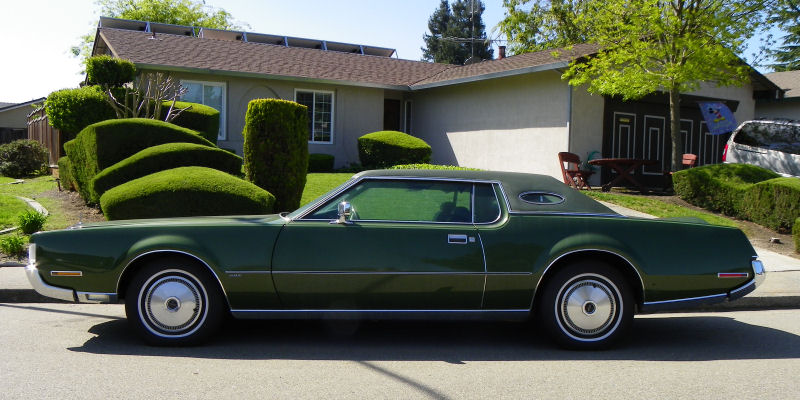 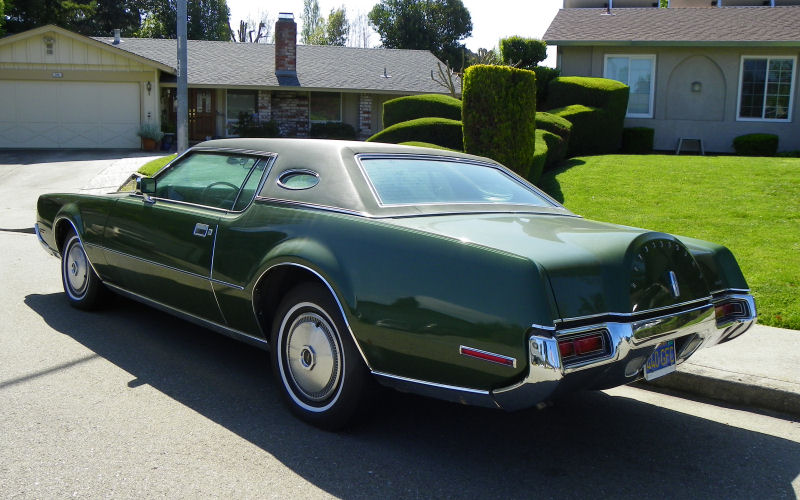 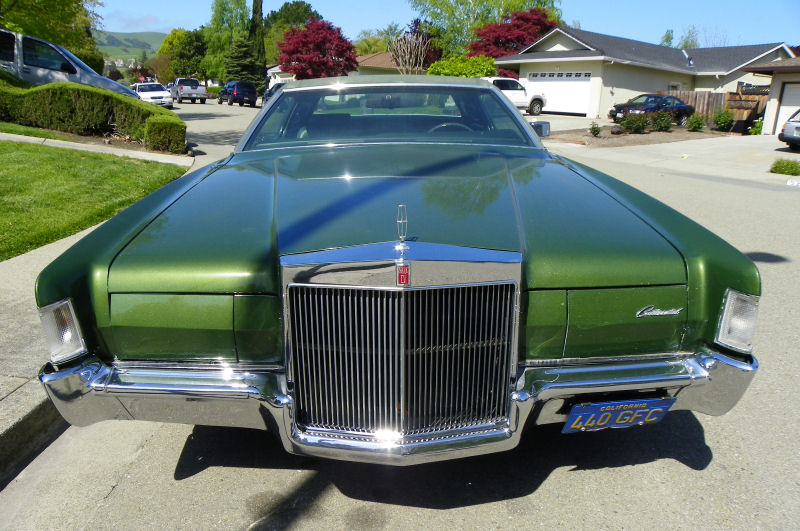 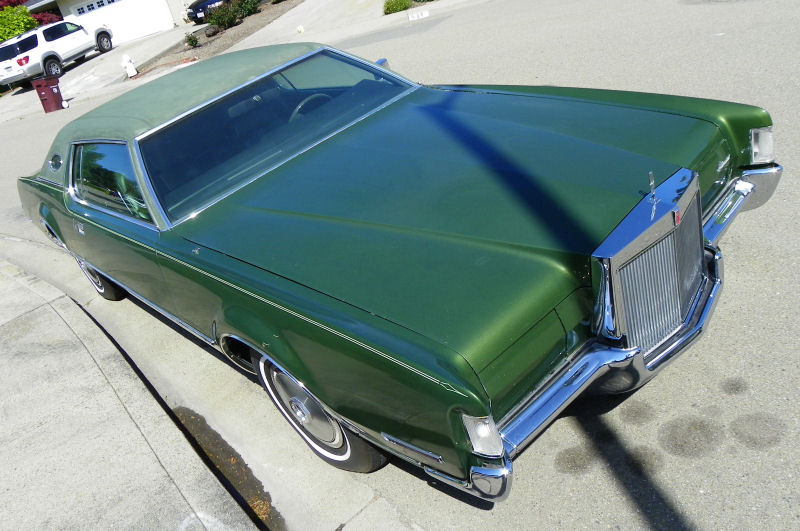 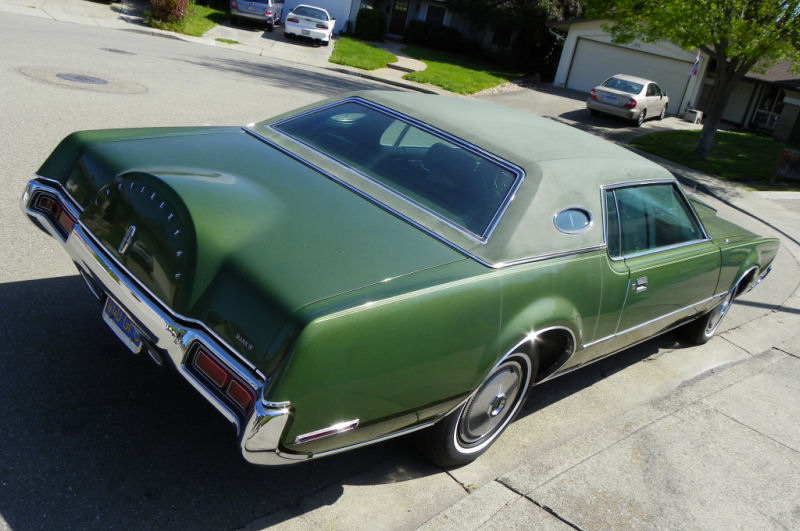 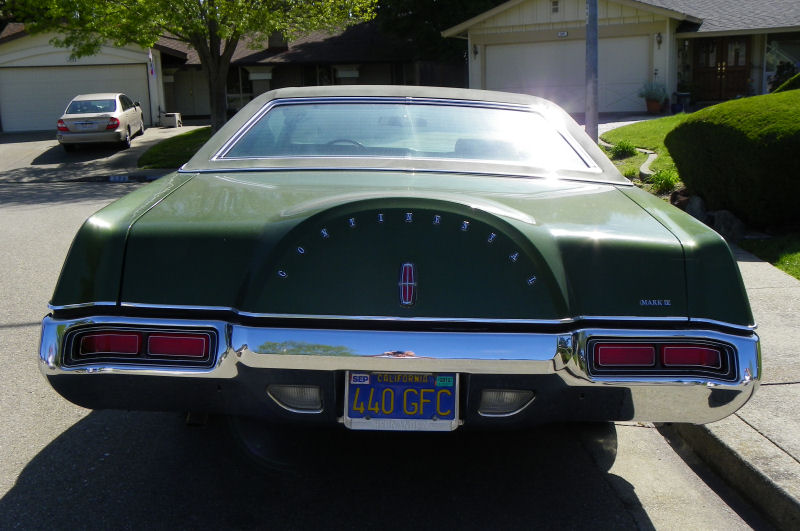 My favorite Mark IV is the 1972 model pictured here. It has the most graceful appearance of the four model years because it has these trim, dainty little bumpers that are completely useless in a collision, but they look so much better than the giant 5-mph monstrosities fitted in 1973. This one is all stock with the original hubcaps and perfect whitewall tires. The only major problem I see on this car is some front fender damage to the right front corner - evidence that those lovely little bumpers didn't do their job. Actually, the biggest problem I observed is that this car never seems to get driven. I love it so, but it always appears to be in the same place when I pass by. At least it seems to be cared for properly. 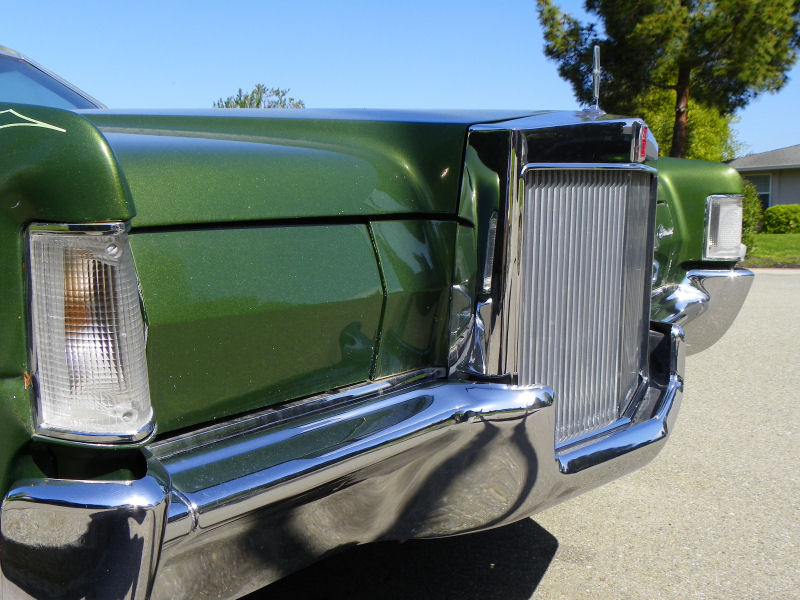 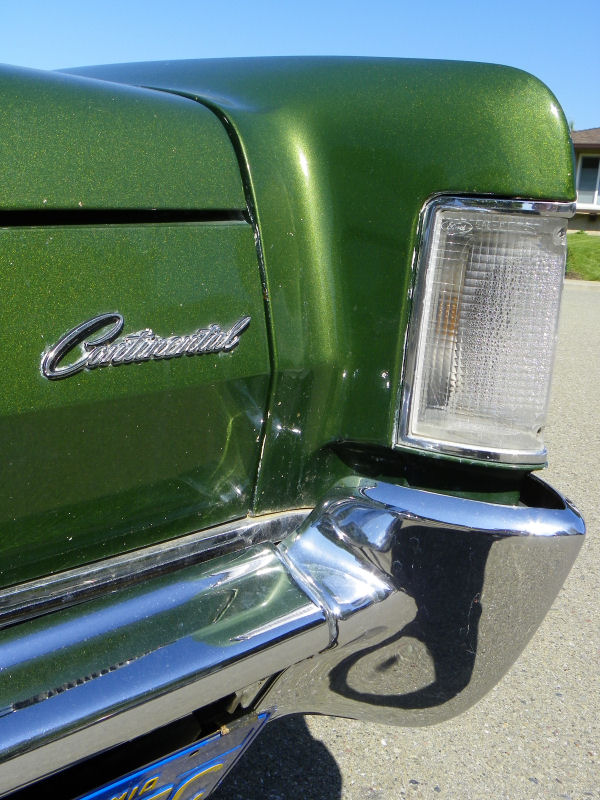 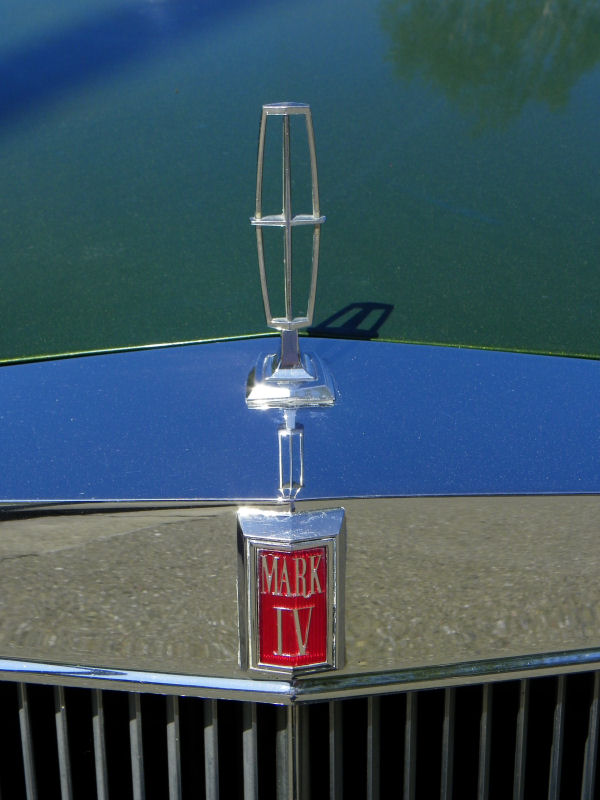 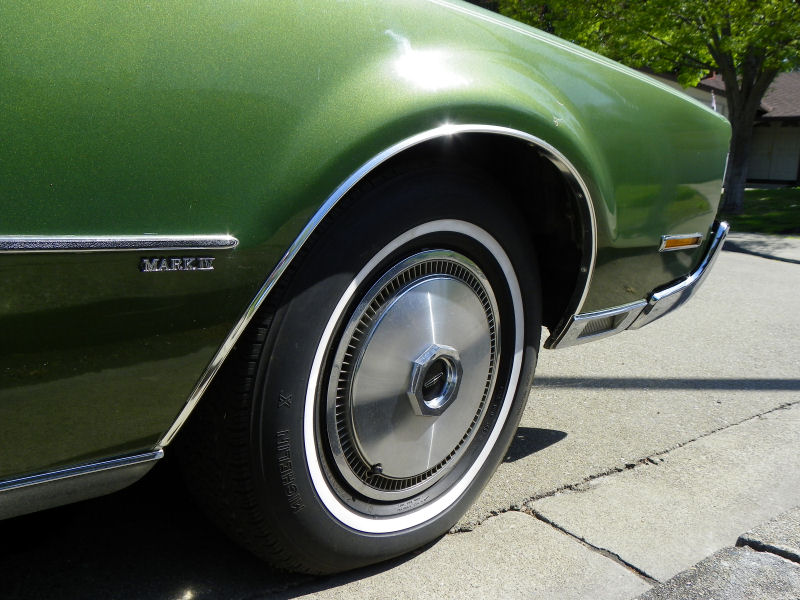 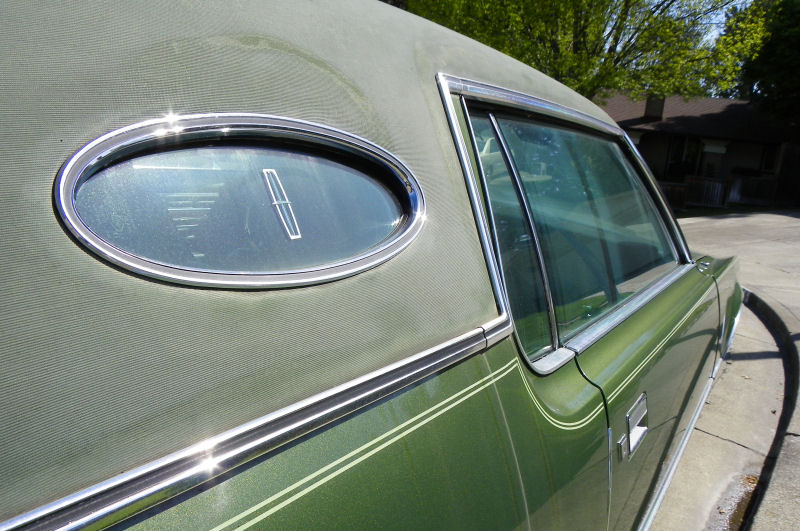 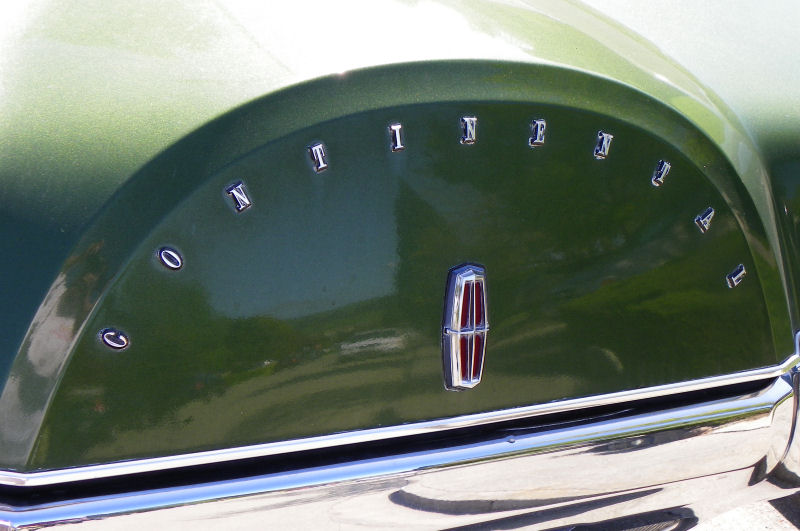 The Mark V looks good in formal colors, like white and black and gold, or metallic blue. The Mark IV looks fantastic in classically 1970s color combinations such as this metallic green color with green roof, green interior and light green pinstriping. If I had a Mark IV, I think it would be this color. It just looks awesome.
Posted by Jay Wollenweber at 12:00 AM