The Dodge Aspen and Plymouth Volare are two nearly identical cars with a certain reputation as ... well, absolute crap. They were intended to replace the popular and dependable Dodge Dart and Plymouth Valiant, and by all accounts they should have been perfect. They had the same trusty slant-six and V8 engines, and an options list a mile long with variants from a 4-door sedan to a coupe to a wagon, and various luxury or performance packages. They were designed for aerodynamic efficiency, better fuel economy and more luxury. For a short while the formula worked. They sold over half a million Volares and Aspens -- of which more than 66,000 were Aspen coupes -- in 1977 alone. So what went wrong? Where did they all go? 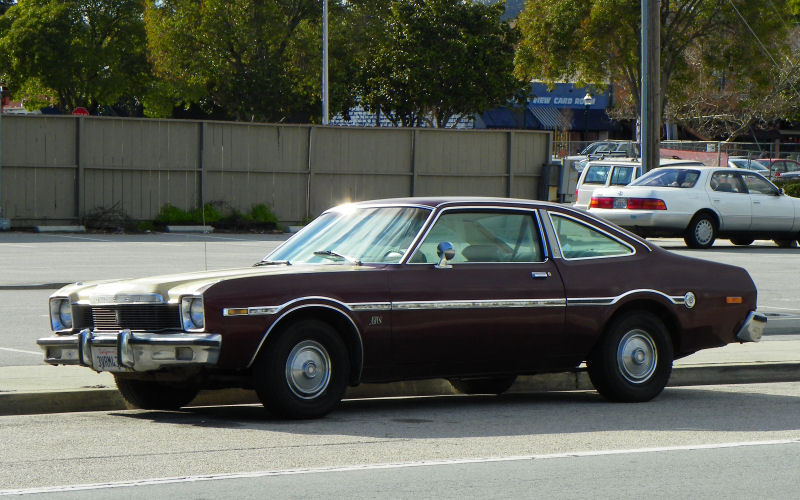 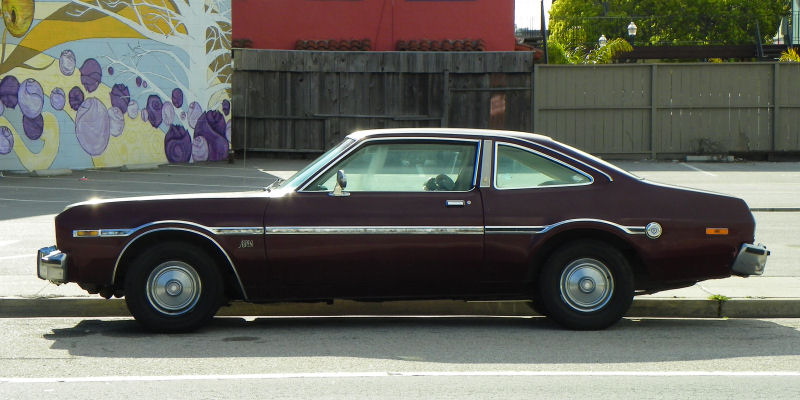 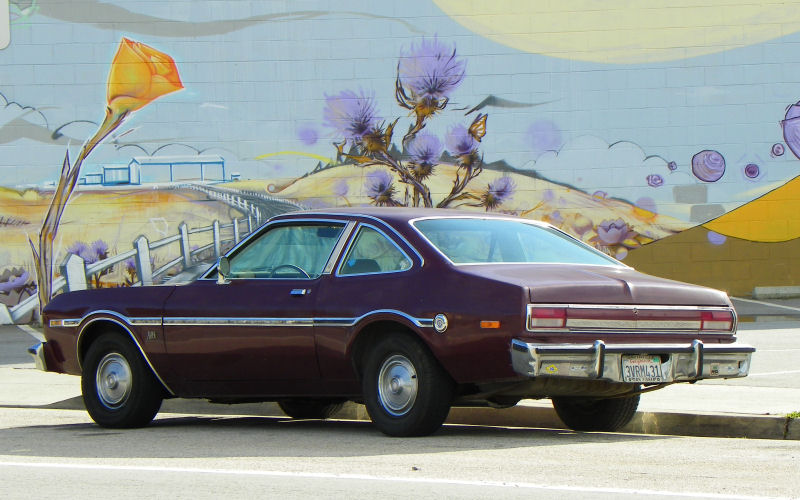 Well, for starters, the Aspen and Volare went to market too soon. The build quality just wasn't there in the 1976 model year. Fenders rusted out, cars didn't want to start and customers got tired of being guinea pigs for a vehicle that should have been tested more extensively before it went on sale. In 1978 Chrysler recalled every single 1976 and '77 Aspen and Volare for repairs and updated components, but the damage to their reputation was already done. The Volaspens lingered until 1980 and then were replaced by the depressing but highly successful FWD Dodge Aries and Plymouth Reliant K-cars for 1981. The Aspen's RWD platform got a new lease on life, though, when it was spun off and taken upmarket, becoming the Chrysler LeBaron/New Yorker/Fifth Avenue, Dodge Diplomat and Plymouth Gran Fury which were sold throughout the 1980s. 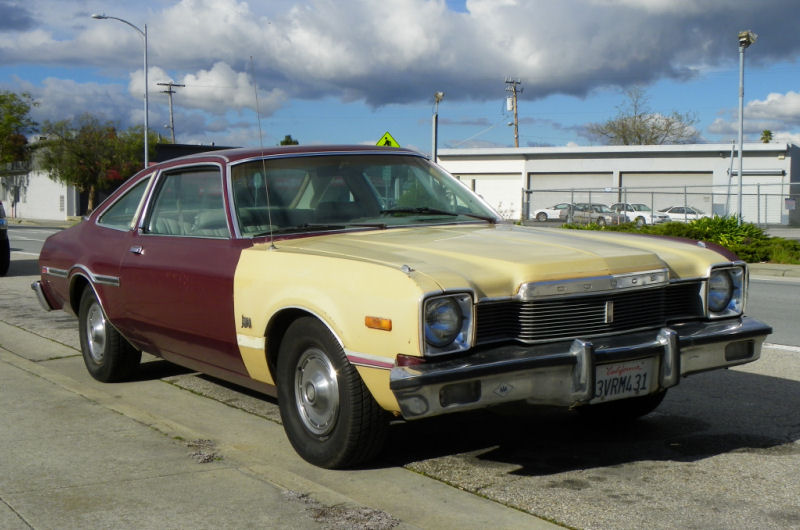 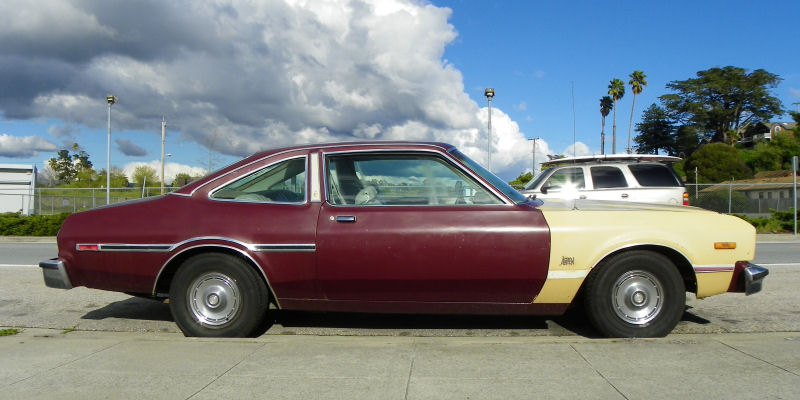 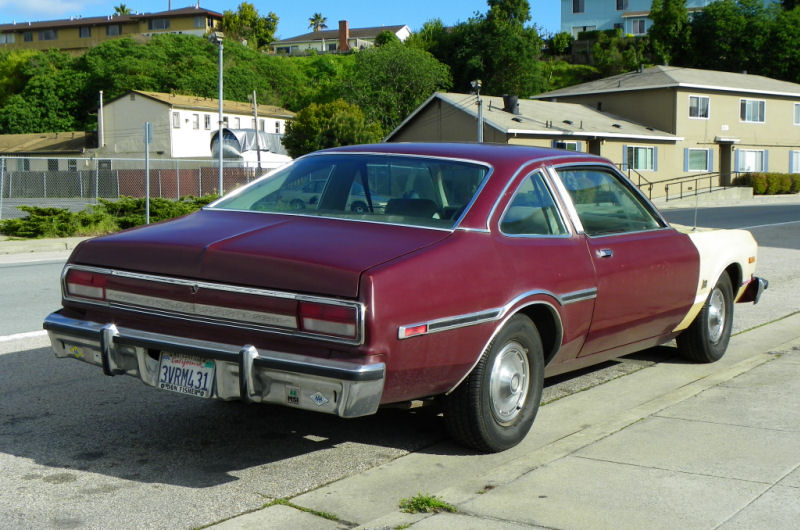 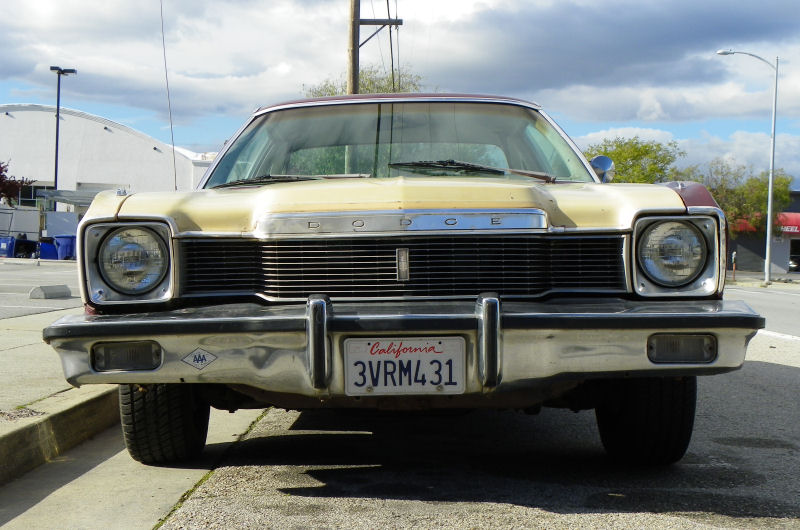 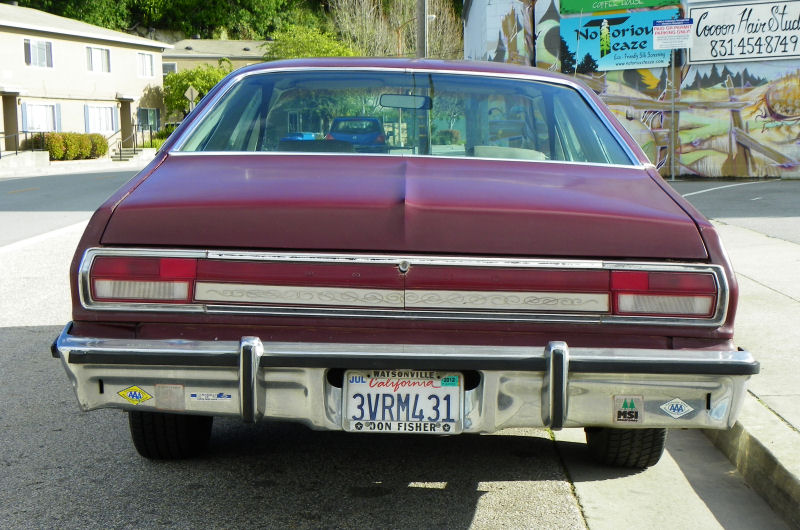 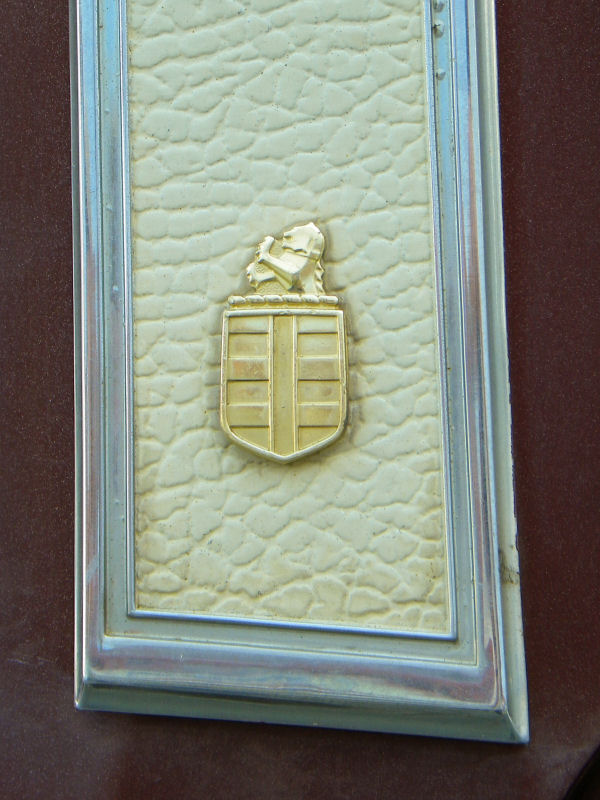 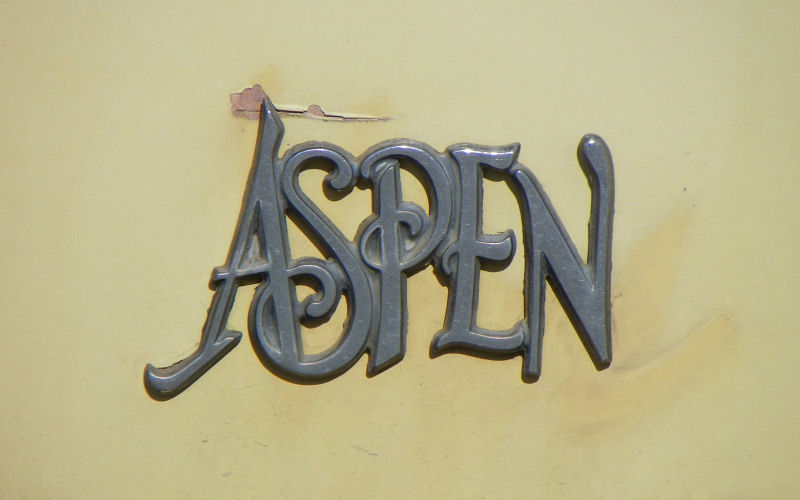 Compared to many of Chrysler's offerings in the mid-to-late 1970s, the Aspen coupe looks surprisingly clean and modern. Of course, if you so desired you could get one with a vinyl top and small quarter windows, or a glass T-top. Fancier models received additional chrome trim and a hood ornament and wire wheel hubcaps with whitewall tires. Unlike today's cars, you could order the Aspen with at least four different door panel and seat designs in six different interior colors.
This Aspen has been blessed with living in California, which probably accounts for the general lack of rust in the body. Also, it's a 1977 model, which had far superior rustproofing than the '76s. It hasn't avoided all misfortune, though, because the replacement sheetmetal suggests it suffered an accident at some point. Curiously, the hood and right front fender have come from a Yellow Blaze Volare, with the Dodge grille header trim and Aspen fender badge installed where they belong. Color appears to be Vintage Red Sunfire Metallic with a white interior. It's a little confused with mismatched hubcaps, Aspen caps on the right side and what seem to be Volare caps on the left. This example features the optional stainless rub strips. This is one area where I prefer the Volare, because the rub strips on that car are down lower at the car's character line, as seen on the right front fender of this car.
I've always had kind of a soft spot for Volaspens, especially the Aspen station wagons and the cheesy Aspen R/T and Volare Road Runner. If I had one I'd get the '77 Aspen Special Edition wagon complete with fake wood trim or the '79 Aspen Sport Wagon, perhaps with some work done under the hood to make the 360 V8 more potent. There's nothing wrong with the engines aside from all the smog-control crap and miserly carburetors, so they have lots of performance potential if built right. The greatest shame about it is that no matter what you do to the engine, it's always subject to California smog regulations and emissions testing. I'm not ready to move out of this state for the sake of owning a rust-prone Malaise-era Mopar.
Posted by Jay Wollenweber at 12:00 AM