When I search for cars to feature, my holiest grails are long-defunct nameplates with great histories. One such brand is Packard, known for its luxury cars. Packard was founded in 1899 and lasted until 1958, when a merger with Studebaker went awry and destroyed the brand. Packard was lucky to have made it that far; the Great Depression killed off many storied luxury nameplates such as Auburn, Duesenberg, Cord and Pierce-Arrow. In order to survive, Packard had to create a more affordable product. That product was the One-Twenty. 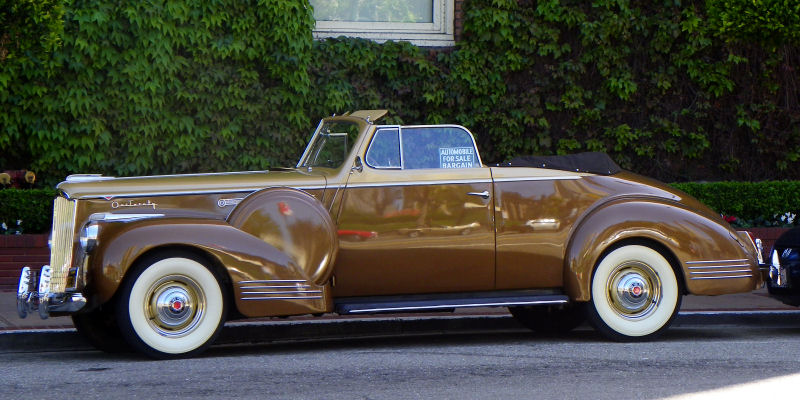 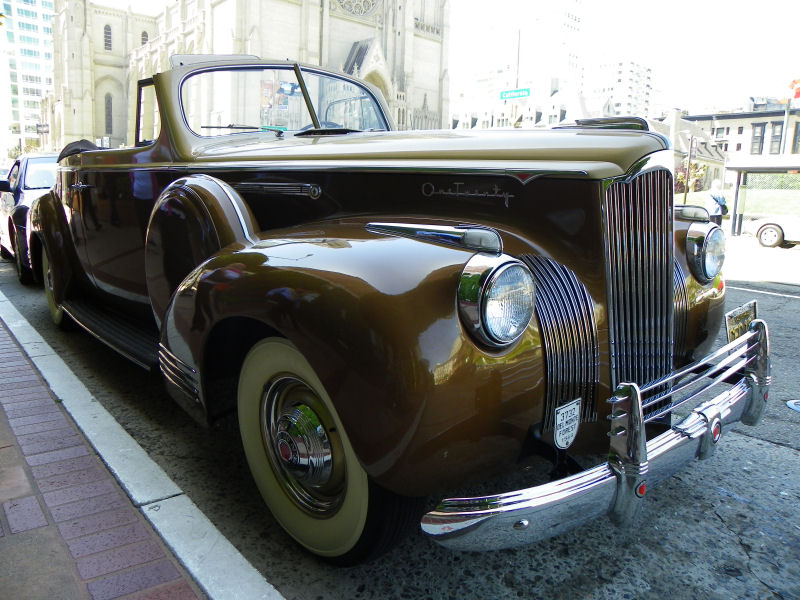 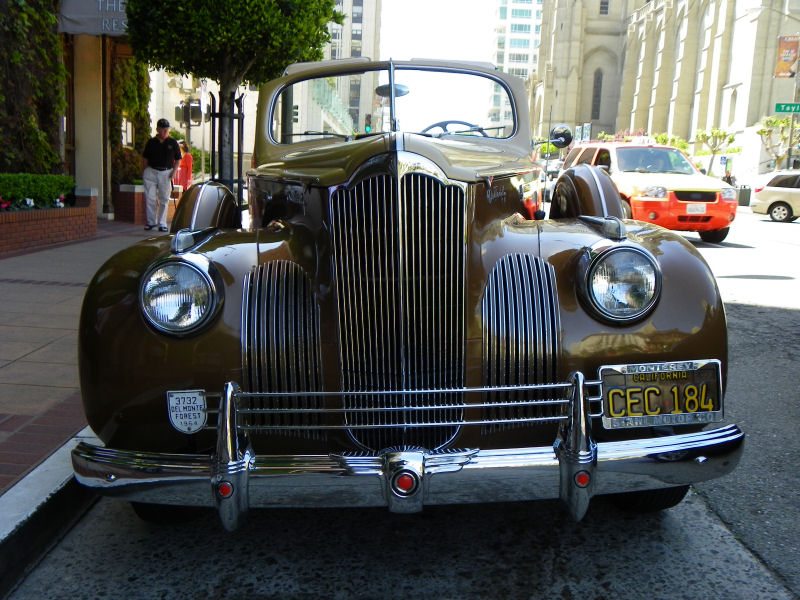 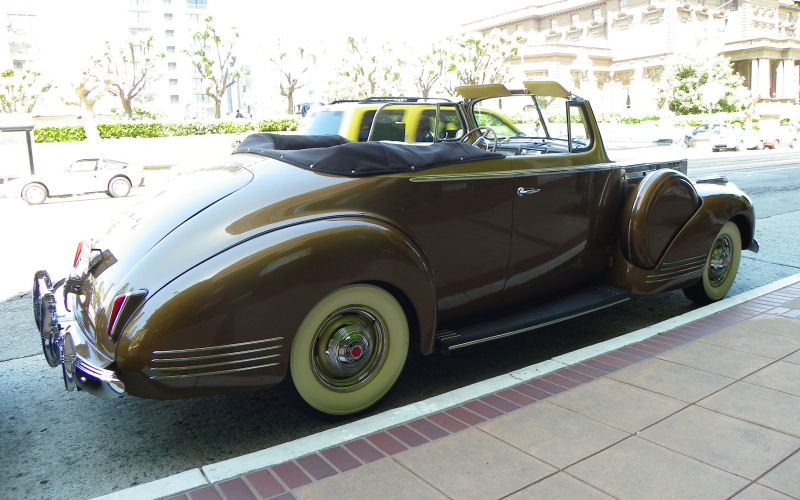 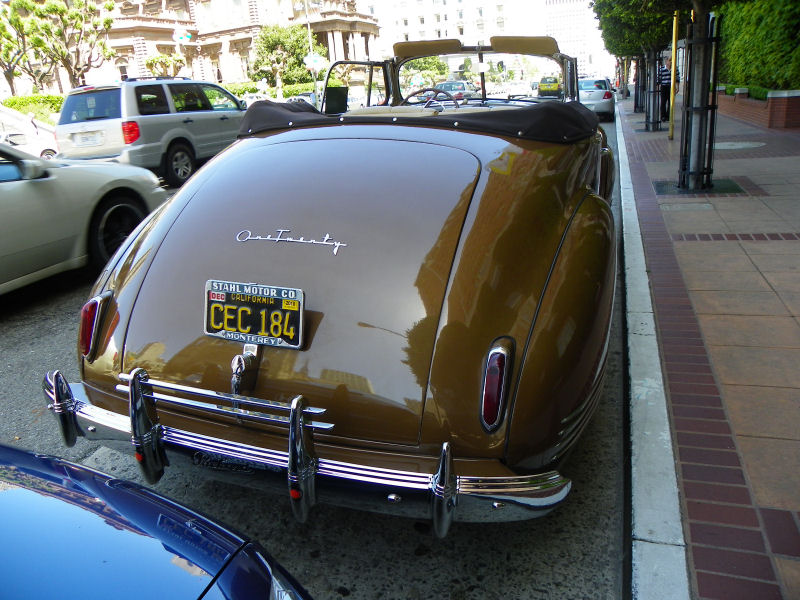 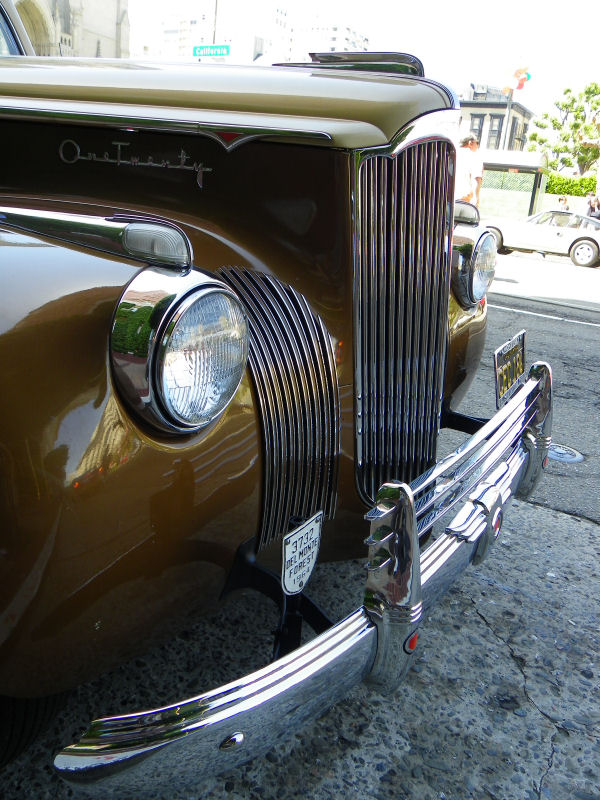 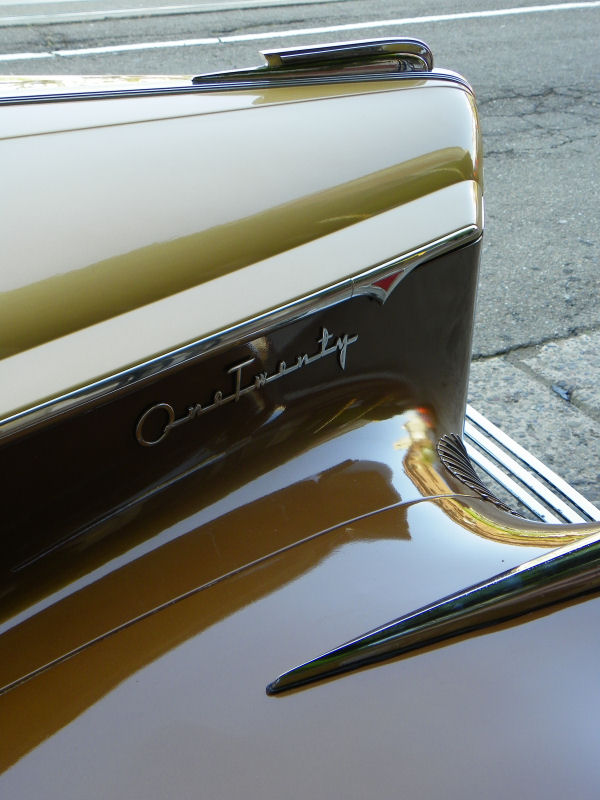 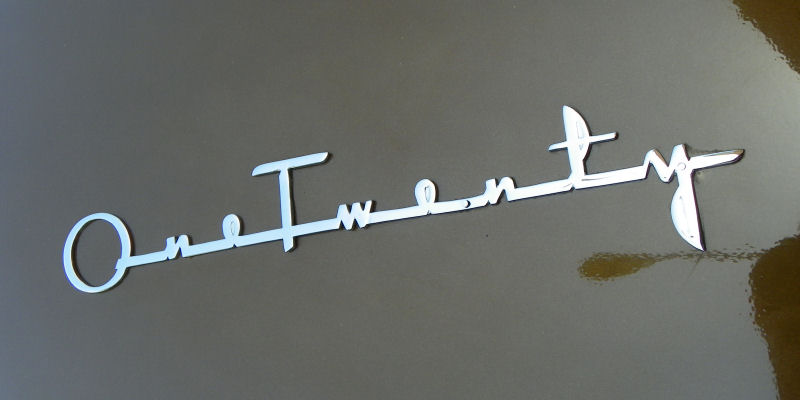 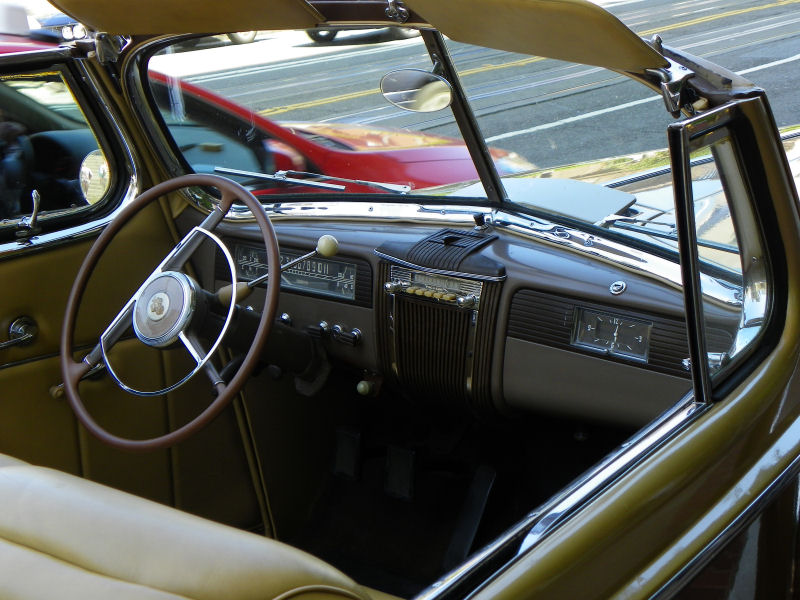 The eight-cylinder One-Twenty was the right car for the times and saved Packard. But it was a two-edged sword - it did a little too well and cheapened the overall brand image. After WWII when Packard tried to move back upmarket, it didn't really work.
Pre-war Packards are some of the most unique and beautiful American cars. This 1941 convertible (final year of the One-Twenty) was hanging out across the street from a gathering of old cars on Nob Hill on the day of a California Mille pre-race exhibition. That same day, a group of owners showed off their cars in anticipation of (I think) the Palo Alto Concours d'Elegance. Those cars were in the park in front of Grace Cathedral, while the California Mille participants lined the block in front of the Fairmont Hotel. And between them was a line of classic European sports cars. A true car lover's dream if there ever was one! Since those other cars were all show participants with name placards, even the ones parked on the street, I won't be featuring them here. For example, visible in one of the pictures of this car is a 1969 Alfa Romeo Junior Zagato. That'd be a heck of a find were it not part of a car show.
Since this car was across the street at a hotel and didn't have placards aside from the vintage style "Automobile For Sale" sign, I decided to shoot it as a feature. It's a beautifully preserved classic and wears its shiny caramel and chocolate brown two-tone well. There are more opulent Packards out there, and Packards that are painted prettier colors (there's a nice deep green four-door dual cowl phaeton that I've seen at local shows.) But people who own these cars don't drive them much, so any Packard on the street is a good one. I would have liked to get more pictures of this one, but the owners showed up and left soon after. I hope they enjoy their drop-top antique cruiser as much as I enjoyed photographing it.
Posted by Jay Wollenweber at 12:00 AM