When it comes to old trucks, I don't just photograph every pre-1980 pickup I see. The subject has to grab me visually. It has to tell an interesting story.
I can only guess at the story told by this late-'60s Ford F100. 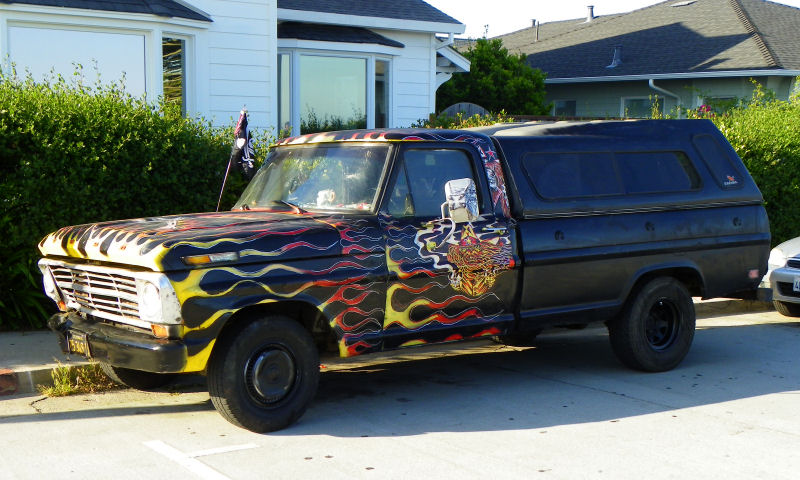 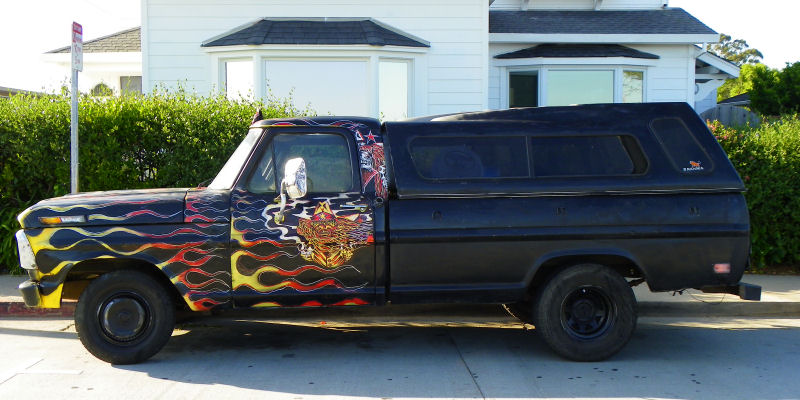 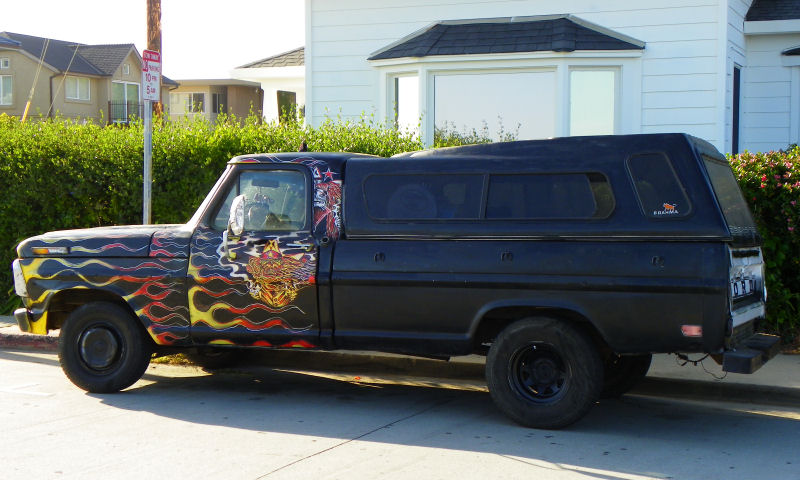 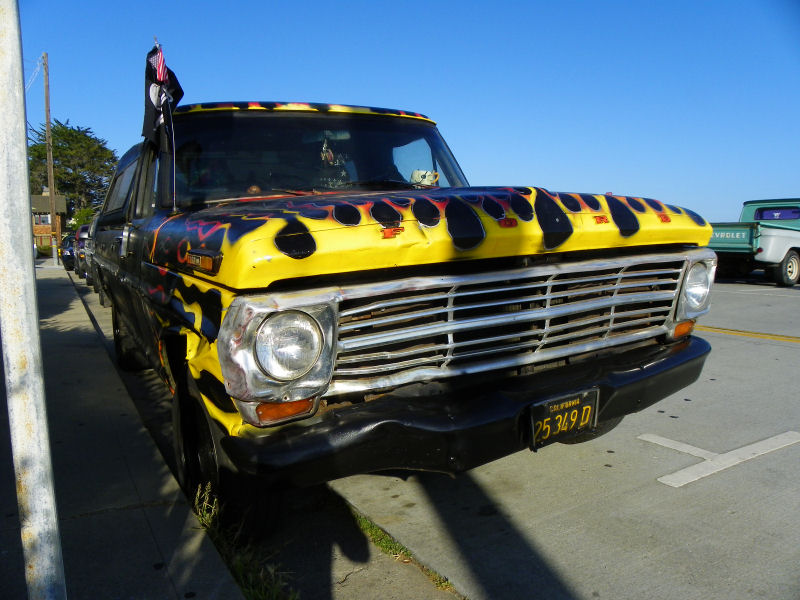 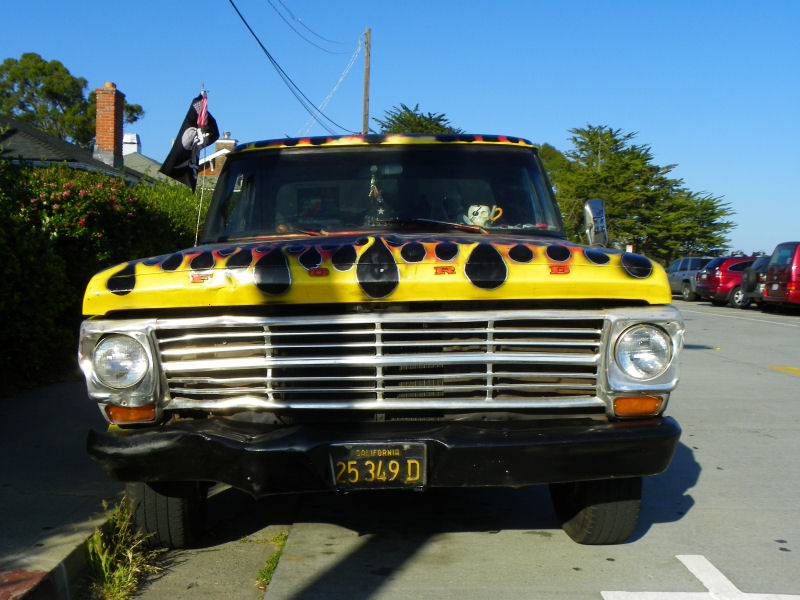 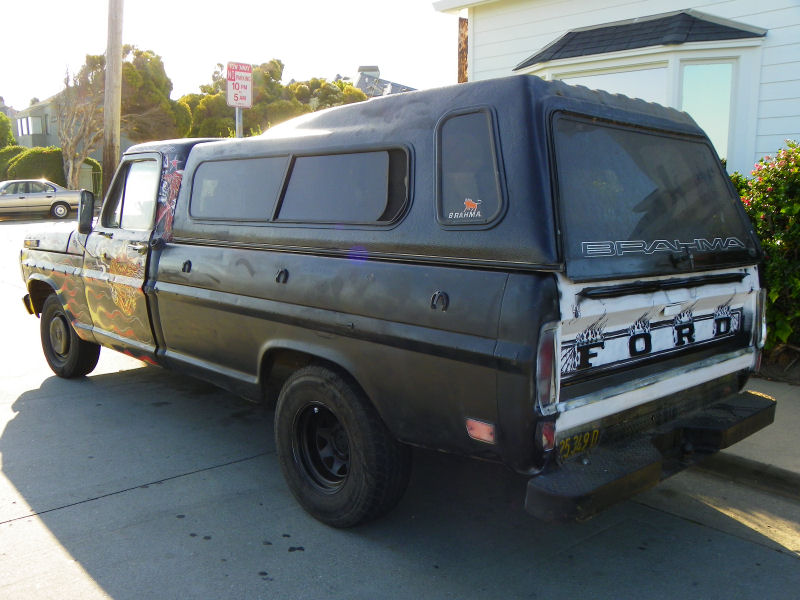 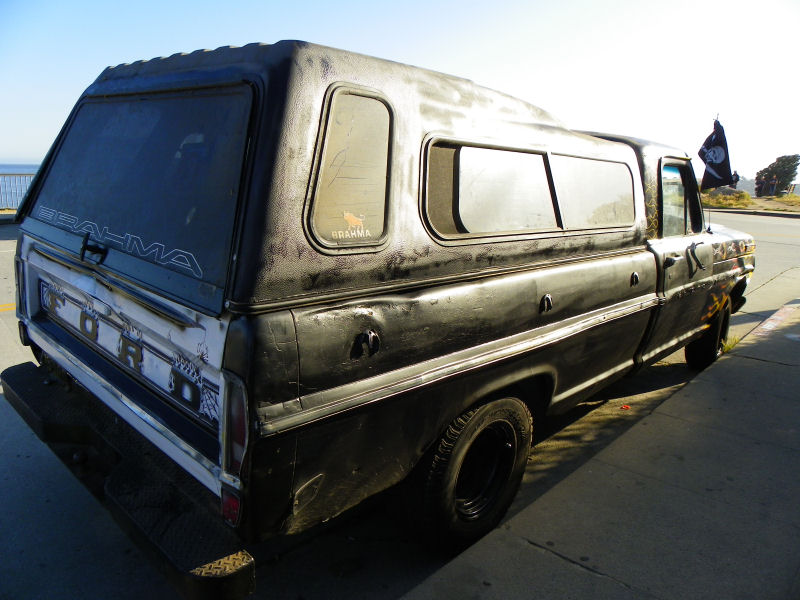 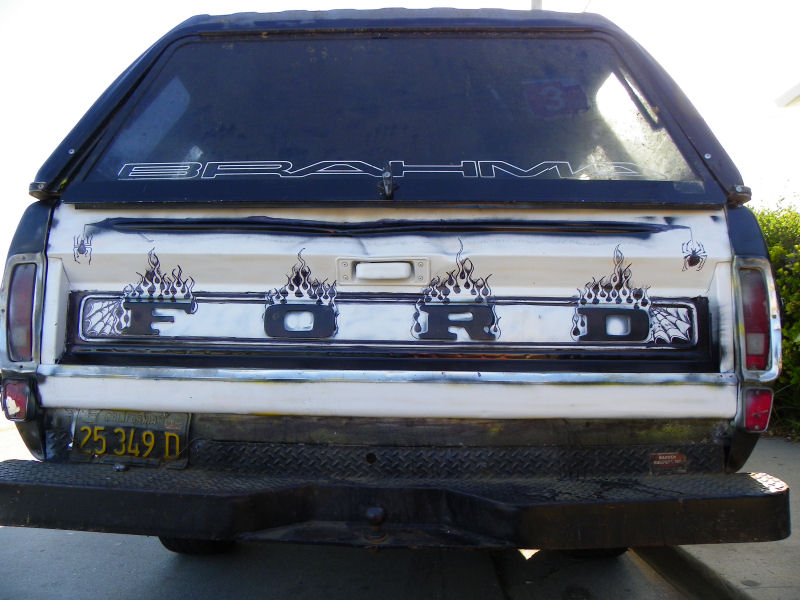 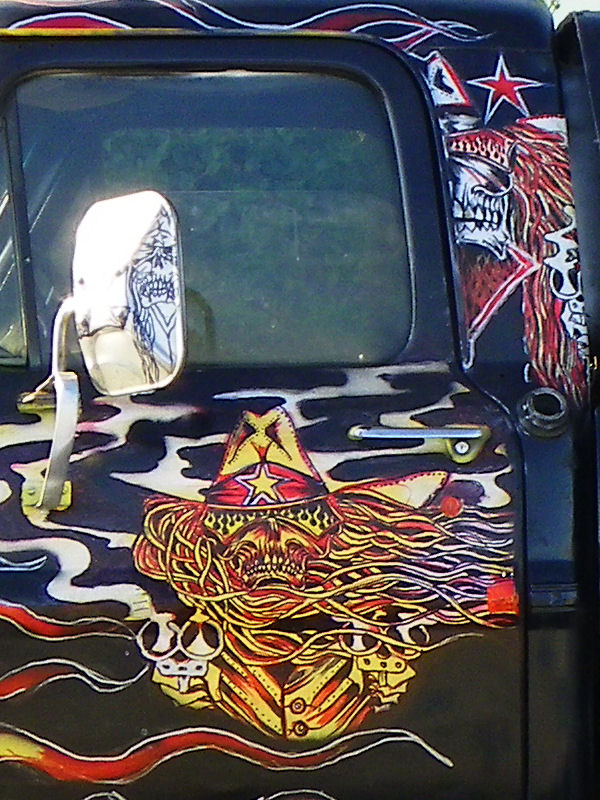 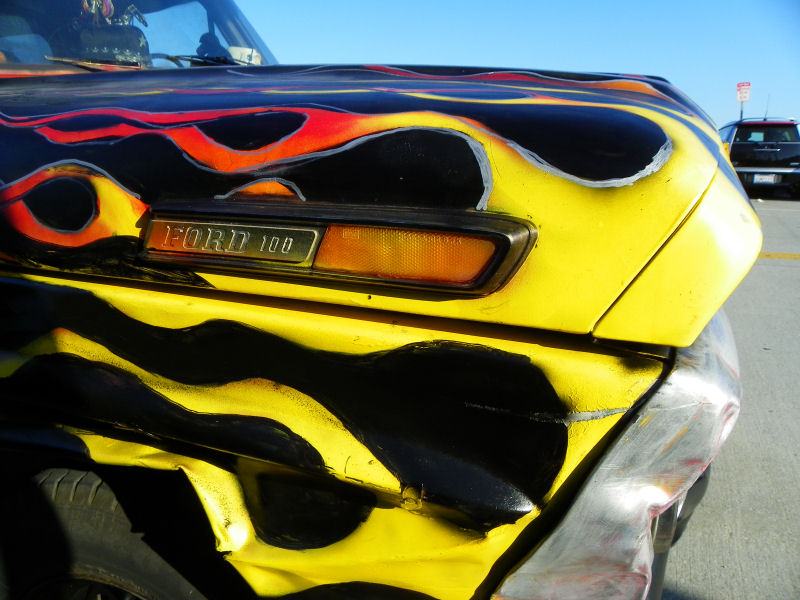 I've never been a huge fan of the 1967-69 Ford trucks, so I never planned to feature one until this unusual example came along. I was with friends and had just returned to the car from a beach trip when I saw the big black pickup parked just up the block. With its crazy flame job and intricate skull and spider motifs on a battered body swathed in rattlecan matte black, it was impossible to pass up. I honestly couldn't tell you what color this beast was originally. Clearly, someone has had fun decorating it and probably isn't done yet. It's a good canvas for self-expression, really; a large, powerful yet practical vehicle that has limited collector appeal and a beat up body, so it's cheap to buy and the powertrain is reliable and easy to repair. A person could easily camp out in the bed in a pinch, too.
I'll be honest in saying that I don't really like any of what was done to this truck. There are multiple themes going on and they kind of battle each other. The skeletal Western gunslinger on the driver's door, the Jolly Roger pirate flag, the spiderwebs, the flames, it all seems a bit cluttered. But it's too late to complain about someone ruining the originality of what was already a well-worn vehicle. It's hard to tell what's sheet metal and what's Bondo, and the one piece of bright body trim still clinging onto the passenger side of the truck bed probably isn't long for this world. The original black plates are still there, as mangled and covered with overspray as the rest of the truck. Oddly enough, though, I'm not bothered that much by it. Had someone thrown candy fuschia paint and 26" chrome spinners on a clean, straight, low-mileage truck I'd have been angry. But having fun with a beater? I can't really fault them for it.
Posted by Jay Wollenweber at 12:00 AM