ERTL has long been a big name in the diecast business, and one with a reputation for marketing the same few castings with infinite variations of colors and wheels. Virtually their entire business was based on their American Muscle line, endlessly releasing the same Camaros, Chevelles, Mustangs and what-have-you in different colors. This one is a 1973 Pontiac Firebird Trans Am from their 10 Fastest Muscle Cars series. 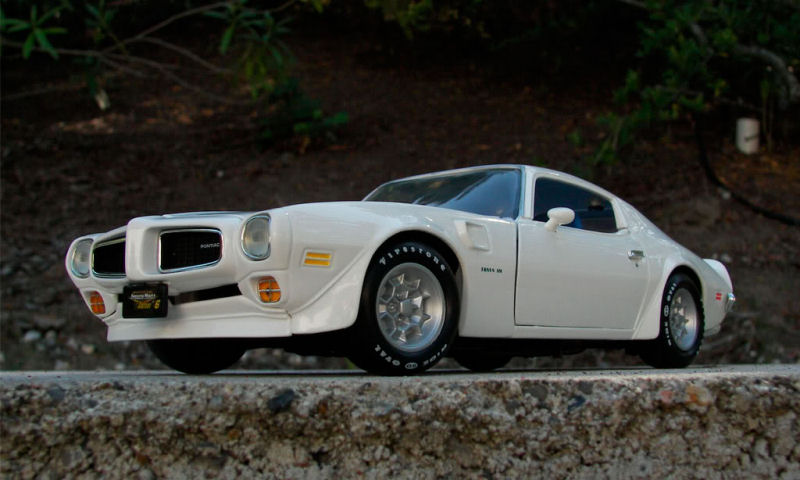 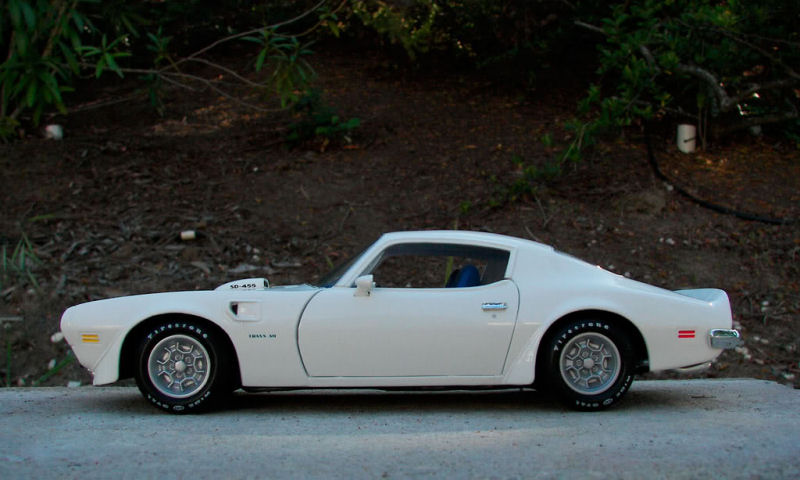 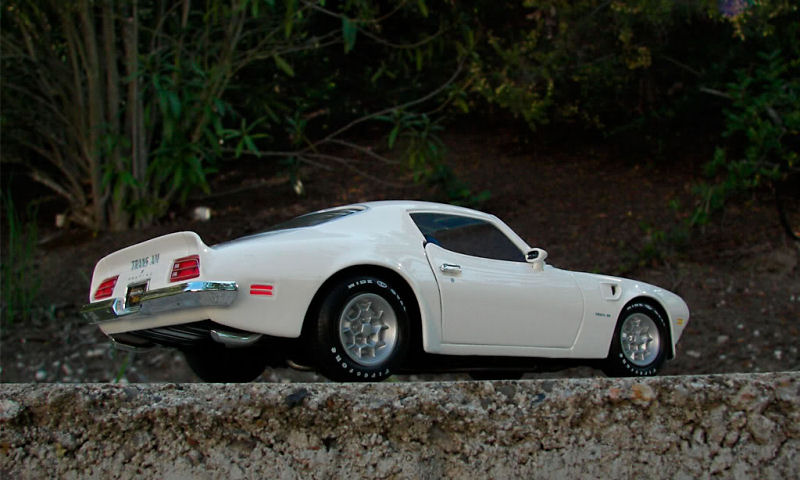 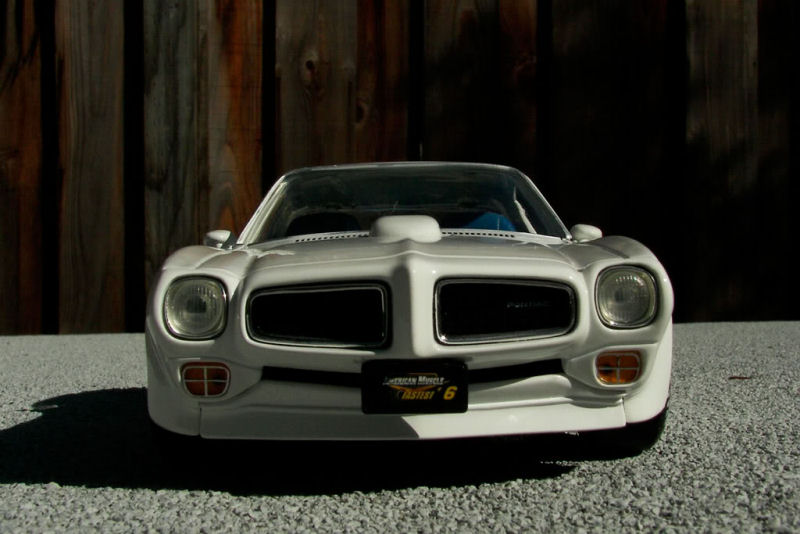 I was given this model as a gift in middle school. It pretty much single-handedly cemented my love for the early second-generation Trans Am. And if I'm entirely honest, it's not even that great a model; I just like it. As a display model, the ERTL '73 Trans Am isn't bad. Trans Ams usually look proper in white, and this one is no exception. It looks great on a shelf. The problem is when you get up close and start opening things. 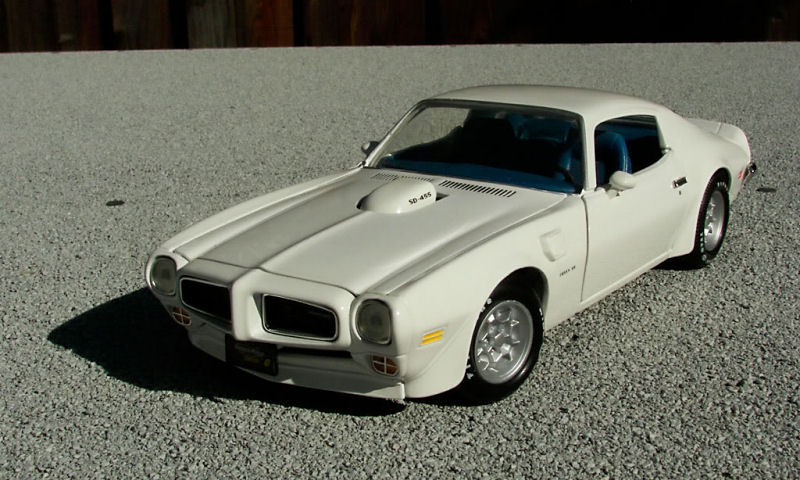 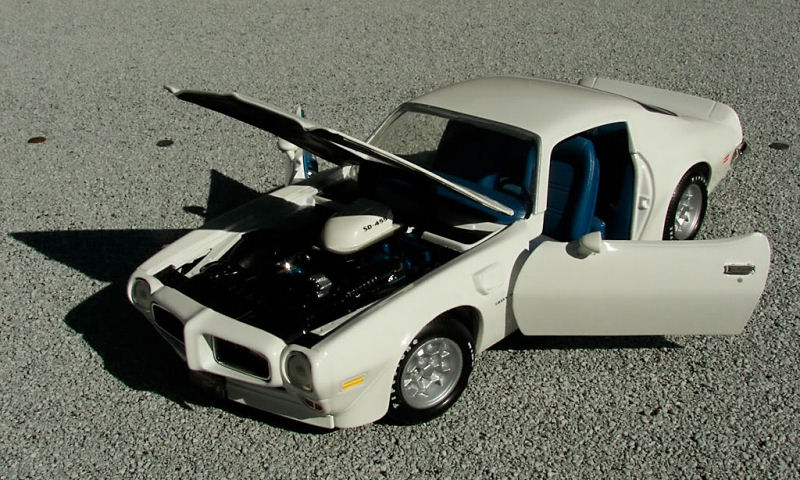 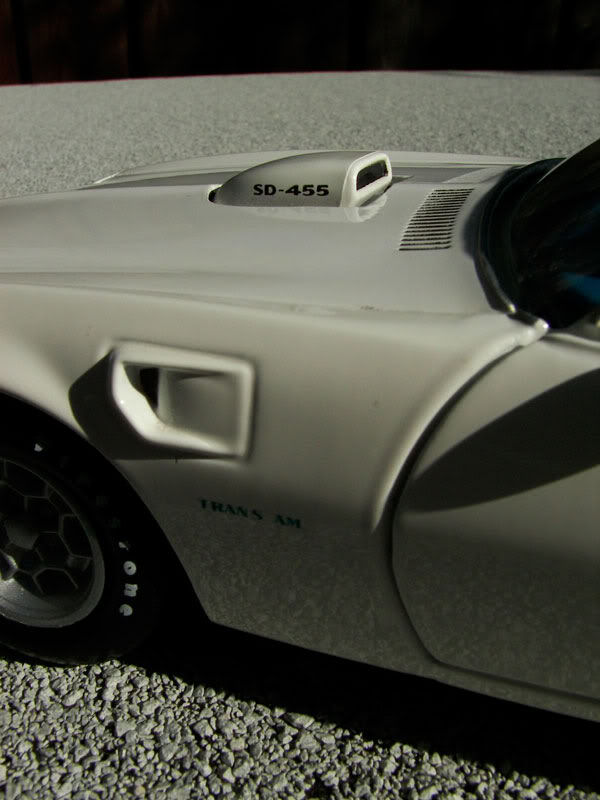 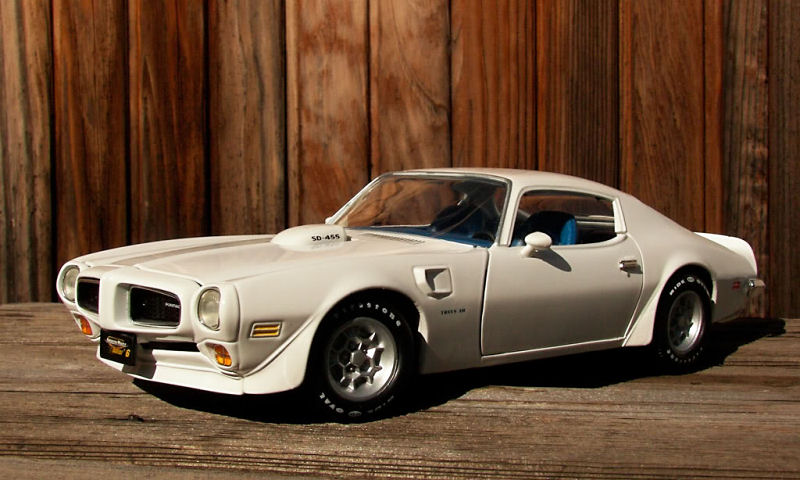 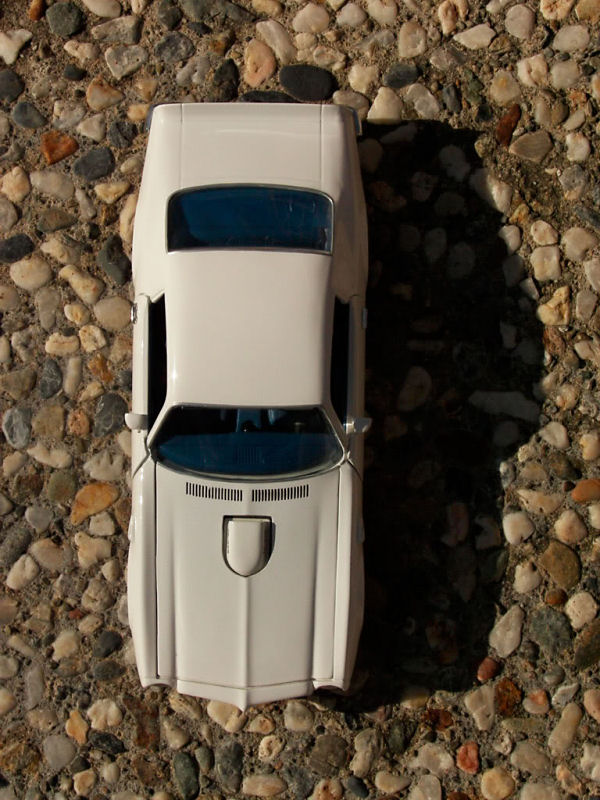 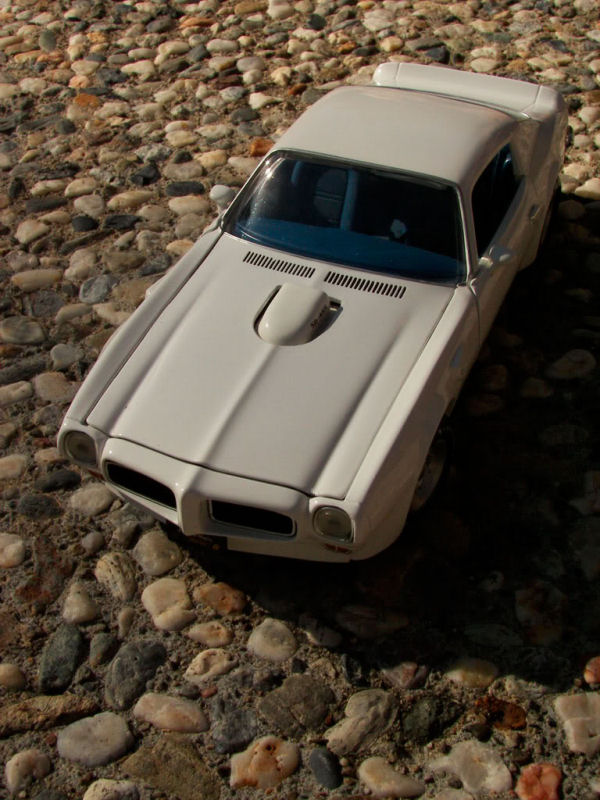 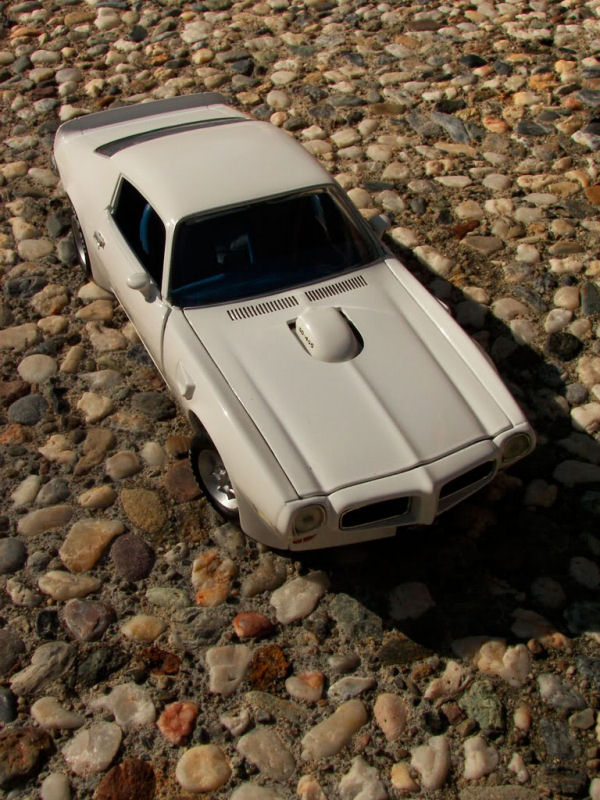 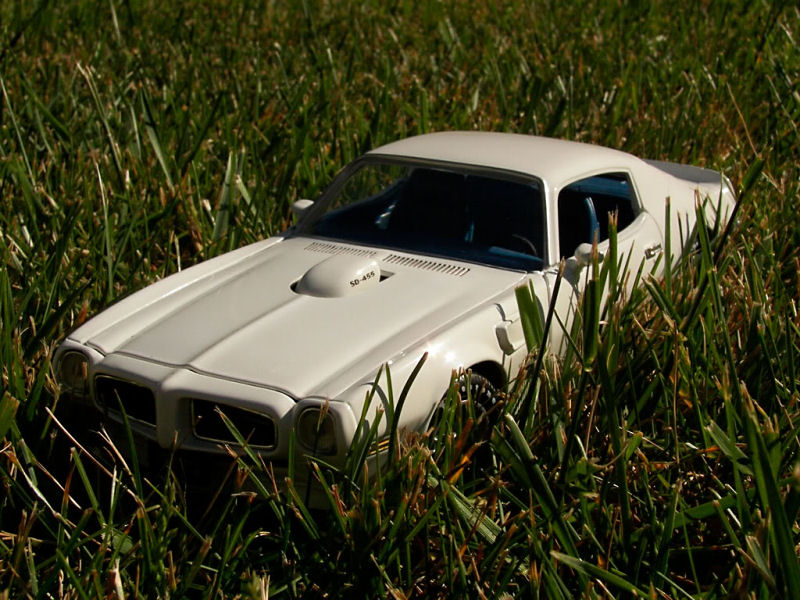 The most glaring omission becomes evident before you even open the trunk. That's because the trunk doesn't open. The doors have monumental gooseneck hinges which cause them to stick out far from the body when opened, and the hood on my model feels like it's going to fall off when opened. The engine detailing is adequate, with enough belts and hoses to satisfy a budget collector such as myself (there's an alternator and brake booster, but no battery?). It's nice that ERTL didn't take the easy way out and make everything one piece, and the engine block is painted Pontiac blue. The interior is pretty basic, with hard plastic seats and virtually everything is molded in the same dull blue color. The handsome turned aluminum dashboard I love so much in real Trans Ams is instead a single piece of chromed plastic with gauge stickers placed in the instrument cluster (a suggestion of turned aluminum pattern is present). There are no seatbelts and the floor has a slight texture meant to suggest carpeting, but it fools no one. There is an upside, though, as the front seatbacks fold forward to allow examination of the back seat. Turning the model over, I was pleased to see that the exhaust system is finished in matte silver, with the only chrome present on the tailpipes where it belongs. The honeycomb wheels are painted silver, with none of the openings in the spokes that the real car would have. I personally think this model would have looked better with Pontiac Rally II wheels. Tires are semi-hard plastic with the white lettering printed on them. The suspension is a letdown. The car has no springs or suspension travel, and steering the front wheels produces a grating, plastic-on-plastic noise. Paint is decent on the body, applied smoothly and the name badging decals are all where they belong, with crisp edges and no blurring. My car unfortunately got chipped on the right quarter panel at the factory, and someone sloppily touched it up with a paint brush.
It's really kind of a shame, since older ERTL models have a strong following and command high prices on the secondhand market. RC2 now owns all the ERTL castings and their new releases frequently sell for $50-60. The 1973 Trans Am is a handsome car sold short by a half-baked casting and iffy quality control that almost reduces it to a mere toy. I don't understand why ERTL chose the '73 as the #6 "fastest muscle car", either, since the '73 was choked by emissions control equipment. The 1970-72 looked just like it and didn't have that problem. Oh well.
As said previously, this model looks great on a shelf. Leave it there.
Posted by Jay Wollenweber at 12:00 AM