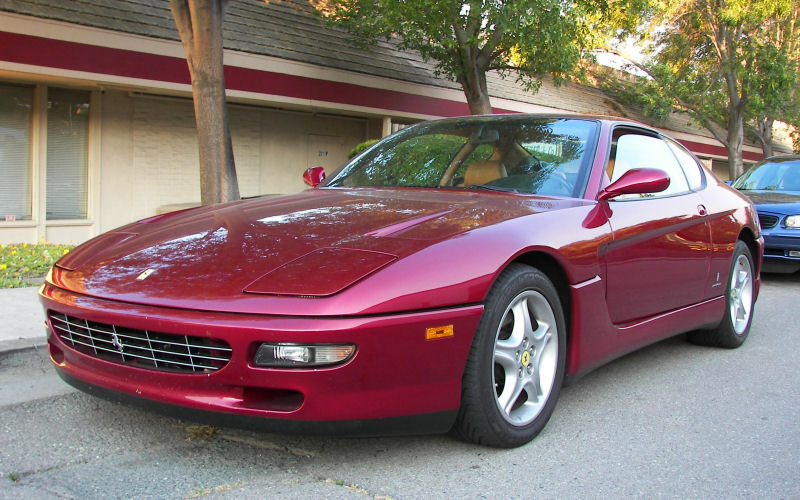 Long before I started California Streets, I occasionally found myself photographing cars from several angles and later came to the realization that I could use those pictures for car features. This 1995 Ferrari 456 GT is a curious creature. Ferrari in recent years has rarely been known for their front-engined offerings, except perhaps the 599 Fiorano. So many supercars are mid-engined, it seems the way to go if you want speed without sacrificing neutral handling. So what do you call this? Not only is it front-engined, but it has a back seat! Yes, a four-seater, "family" Ferrari - a formula not tried since the mid-engined V8 Mondial and front-engined V12 400i series of the eighties. Neither of those cars are considered among Ferrari's best offerings. The 456 is a proper V12 grand tourer with looks to match. Its design appears a bit dated now, as pop-up headlights are a bit passe (the 2003 456M GT was the last Ferrari to use pop-ups, and I still like them) and the 17-inch wheels look positively tiny by modern standards. But the 456 was one of my favorite cars in the Nintendo 64 game Cruisin' World and is still a good-looking car. I also am very fond of the metallic burgundy color, which I believe is called Rosso Rubino. The nicks in the paint are unfortunate, but I'm glad to see it's been driven and hopefully enjoyed as a V12 Ferrari should. 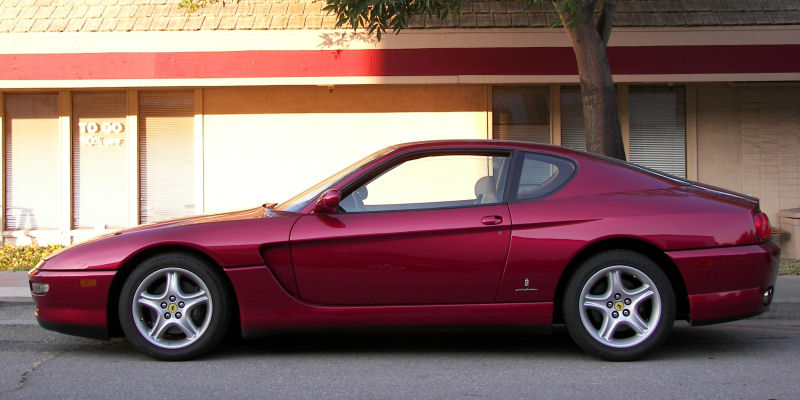 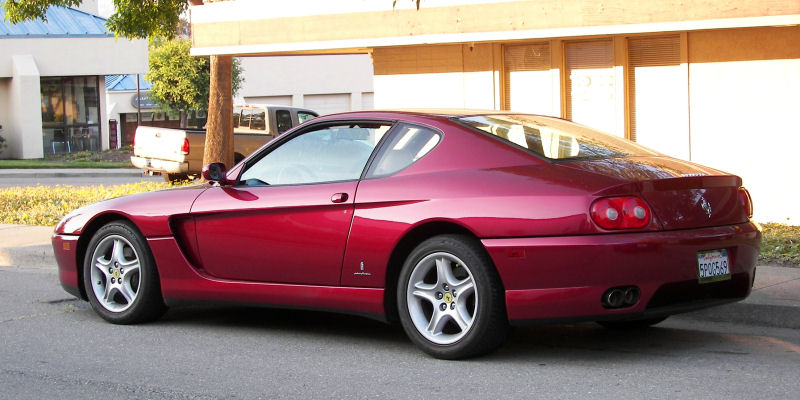 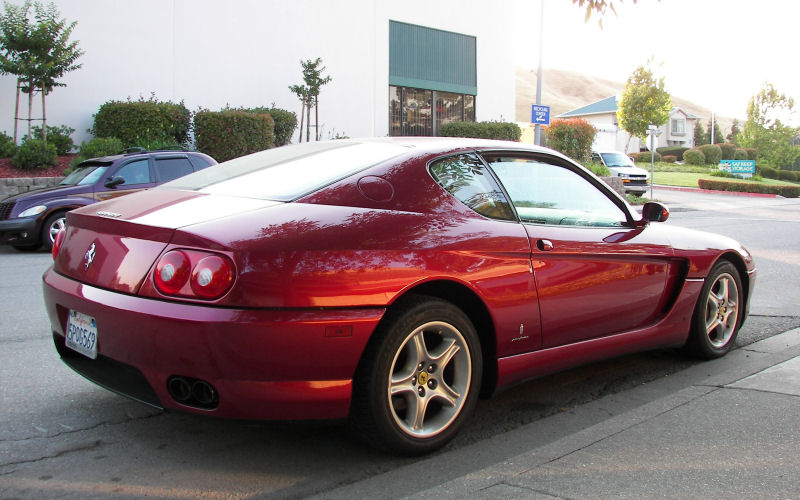 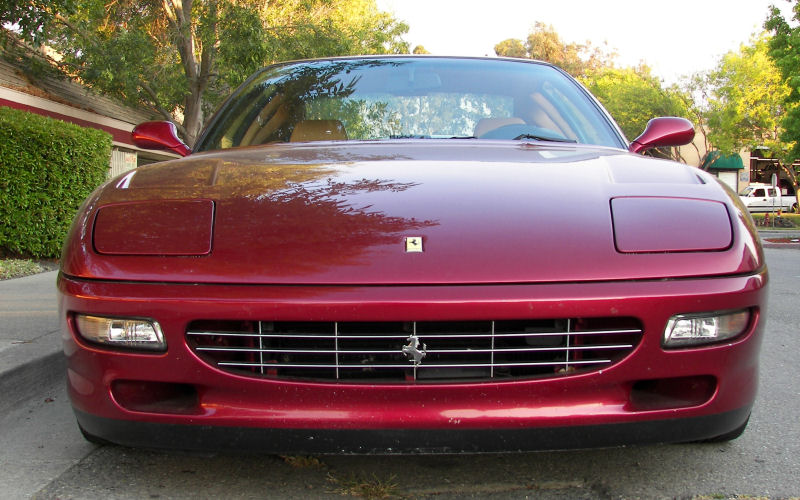 The 456 would later be facelifted into the 456M (Modificata), with a slightly different front fascia incorporating a pair of round foglights, no extra air intakes or hood vents, revised indicators (on this car, the foglamps are fitted in the same opening as the turn signals) and a larger Ferrari badge. Various other changes were made which simplified the interior and redesigned the seats. The spiritual successor to the 456 would be the 612 Scaglietti, a car which wins no beauty contests but is probably better all around - at least where performance is concerned. I'd still prefer the 456 based on how pretty it is. I can't afford the tickets so I might as well look good doing the speed limit!
Posted by Jay Wollenweber at 12:00 AM