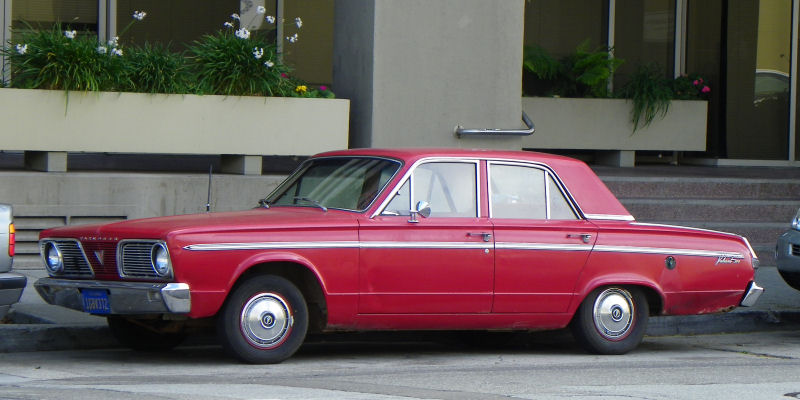 I generally have several biases when it comes to selecting which cars are notable enough for inclusion on California Streets. One of these is a general resistance toward Dodge Darts and Plymouth Valiants. Why? The short answer is, they're kind of boring. This is where some readers will point out that I feature a lot of Ford Falcons (and Falcon-based cars like the Mercury Comet) simply because I like them. Mind you, the Dart/Valiant and Falcon/Comet were direct competitors in the cheap, practical compact-midsize segment in their day. The Dart and Valiant also soldiered on long after the Falcon had bloated into a base-model Torino and subsequently been replaced, by the Maverick and to a lesser extent, the Pinto (the latter of which may also have served as a replacement for the relatively unpopular imported English Fords such the Cortina). Basic platforms, tried-and-true powertrains and a simple utilitarianism were the Valiant's saving grace. It was a plain car, but it worked. The slant six would crank up in the morning and the automatic tranny would keep shifting. A V8 engine was available for those who felt they needed more power (honestly, the V8 badge was the coolest detail of this generation in my opinion). 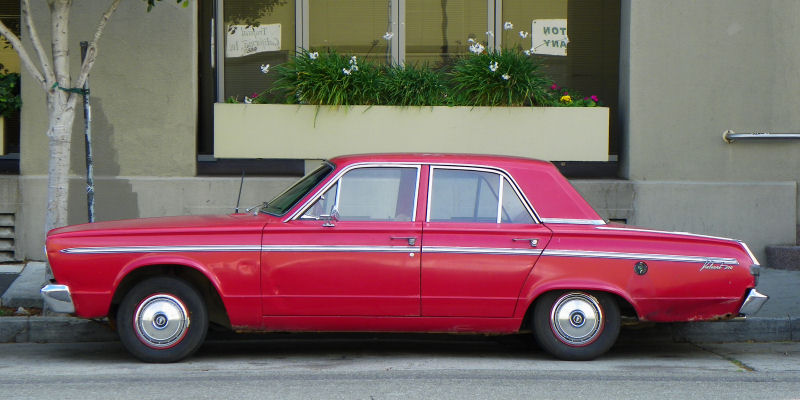 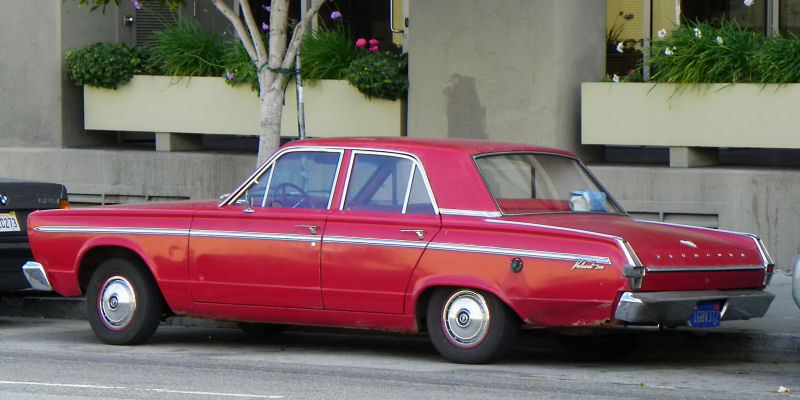 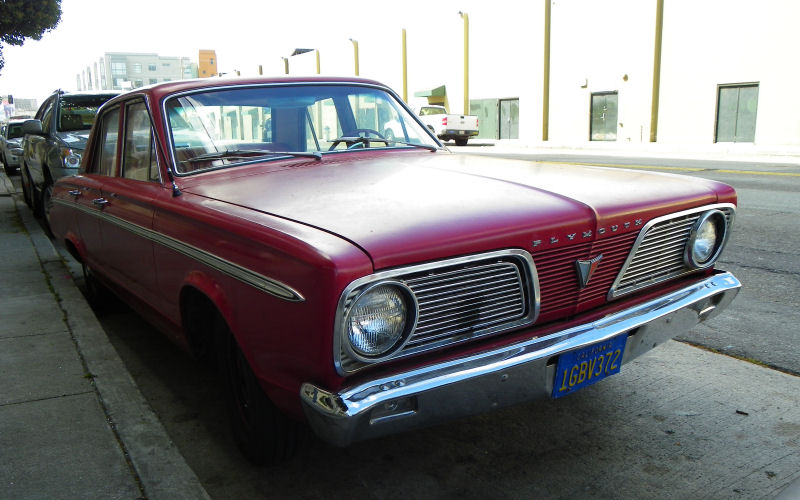 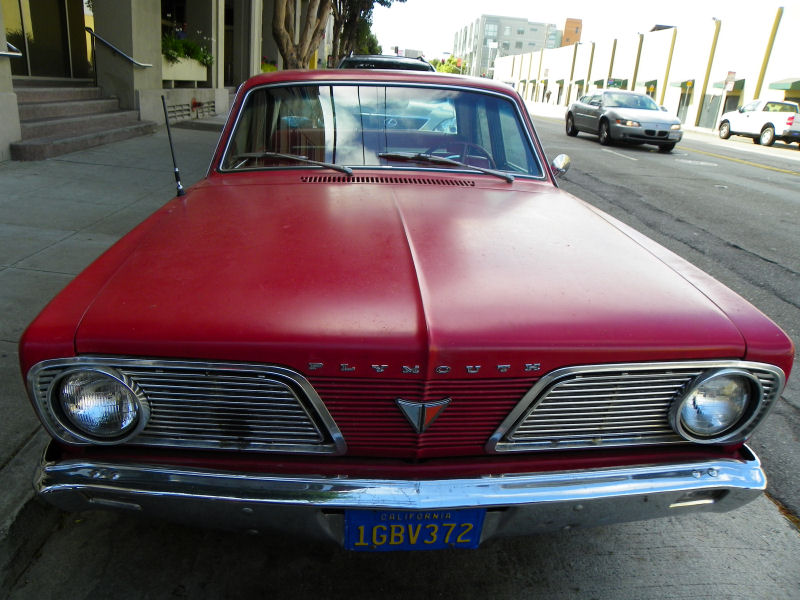 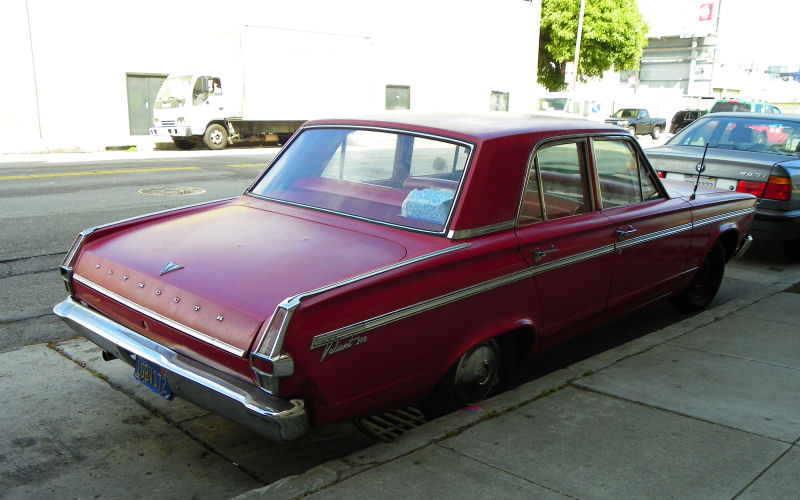 So, we've covered my bias. What made me shoot this car? Well, it was parked down the street from the Alfa Romeo Giulia Super I featured during Alfa week and I figured since I was there, and it was there, I might as well photograph it. There's nothing "special" about it to the casual observer, just a mid-range six-cylinder Valiant V-200 with rusted and crinkled quarter panels, some dents and scratches. It's not even a coupe, just a plain-jane 4-door sedan, about as boring as these cars come unless you opted for the Valiant V-100, which lacked the bright metal spear trim on the side and had fewer features. This car has at least kept three of its four original metal wheelcovers. 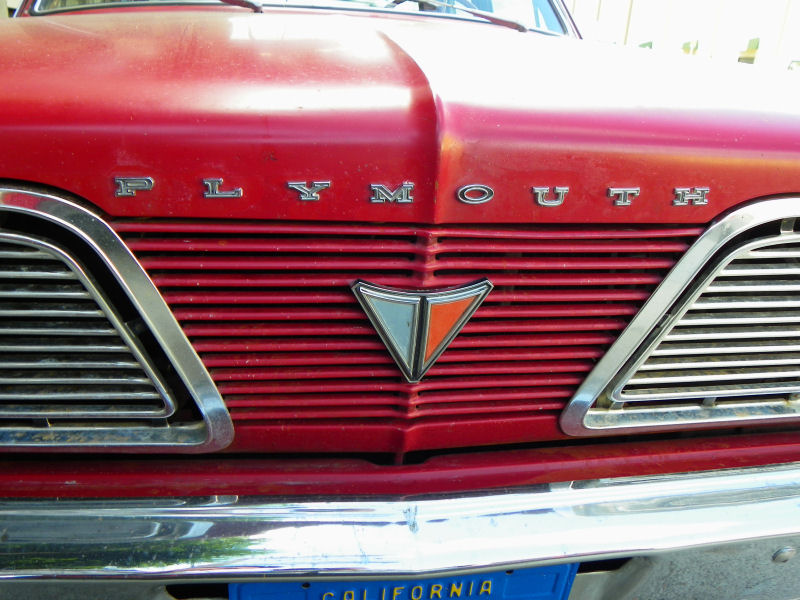 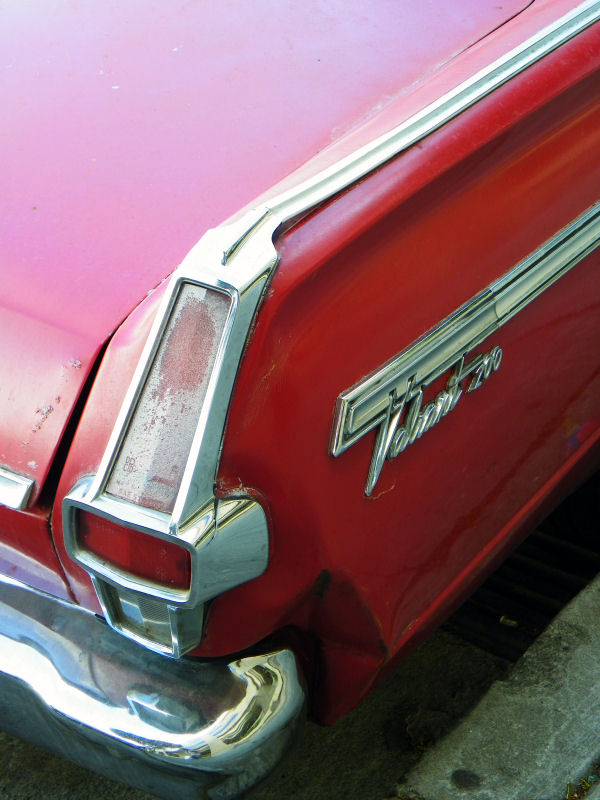 The reason I respect this Valiant, is perhaps that it has lived up to its namesake. Restorers and collectors rescue the valuable examples of a breed, the coupes, hardtops, convertibles and high-performance versions. The rest, especially old economy cars, get used up and rust away or are crushed into so many soda cans. And then there are some, like this car, that are rough around the edges but still provide faithful service to their owners 45 years after they rolled off the assembly line. The slant six probably still runs like a sewing machine. I doubt my 2007 Ford Focus will still be running in 2052.
Posted by Jay Wollenweber at 12:00 AM