Second in this week's trio of red convertibles is a 1965 Chevrolet Corvair Monza drop-top. Most of the Corvairs I've spotted in the city have been first-generation models, so a second-generation example is a nice change. As far as I know, it belongs to the same collector who owns the green 1963 Corvair Monza coupe. It's one of only a few Corvair convertibles I've seen outside of car shows or museums. 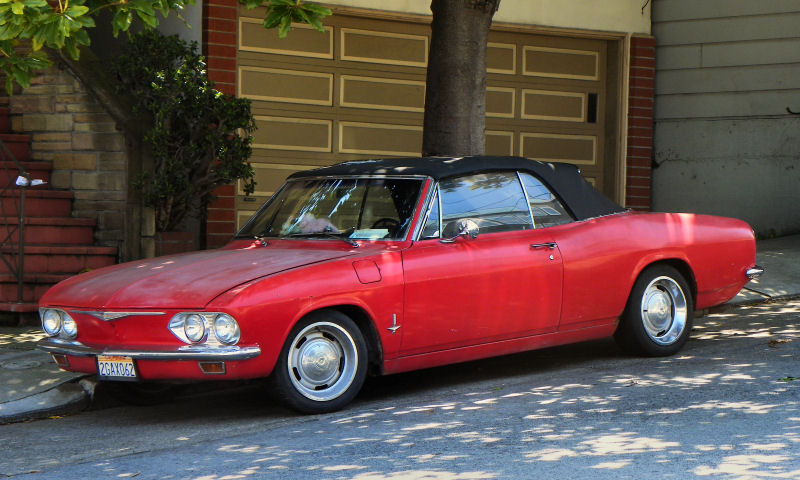 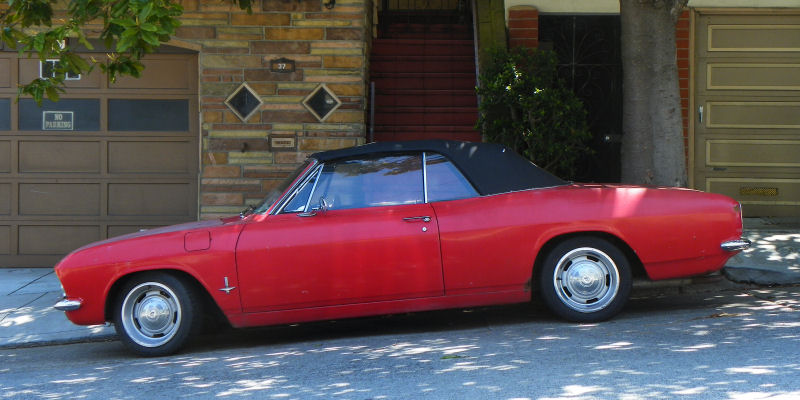 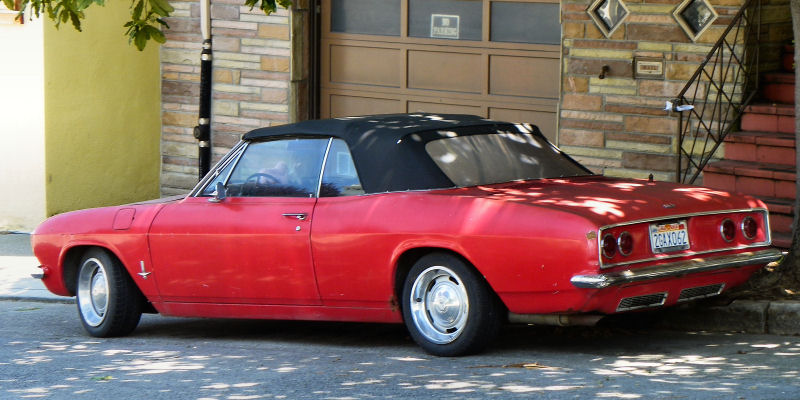 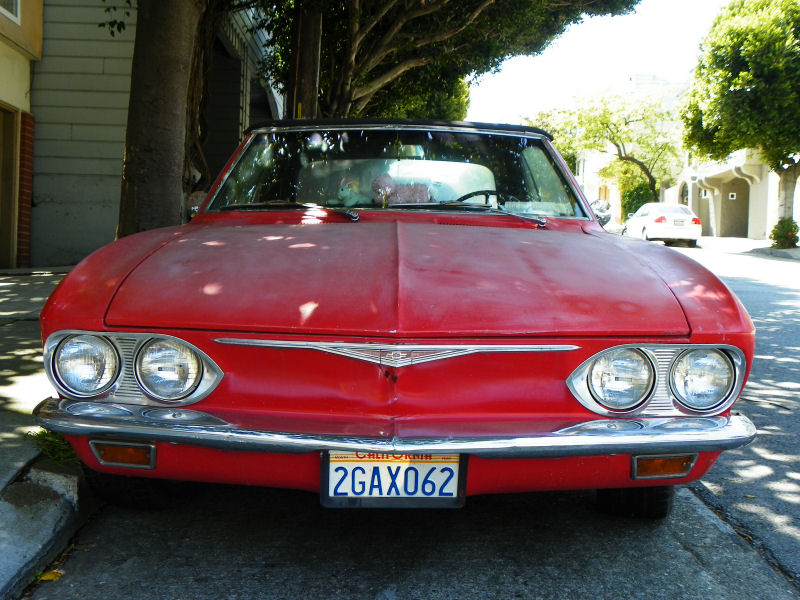 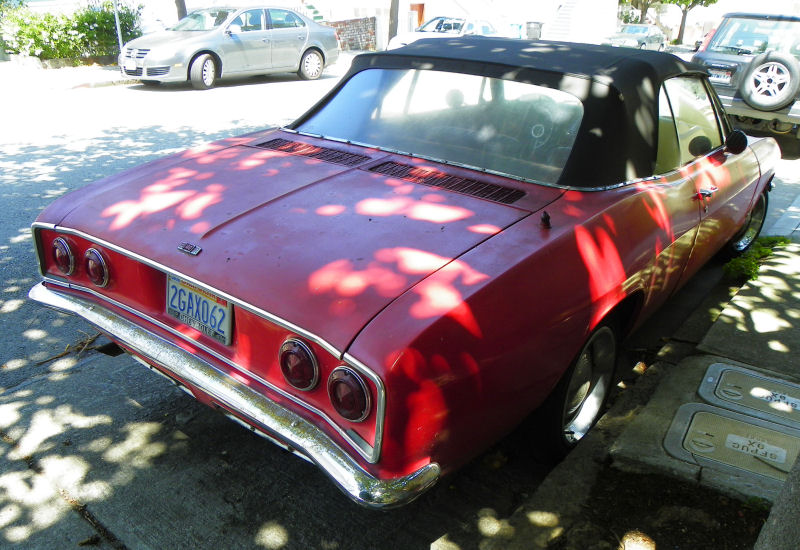 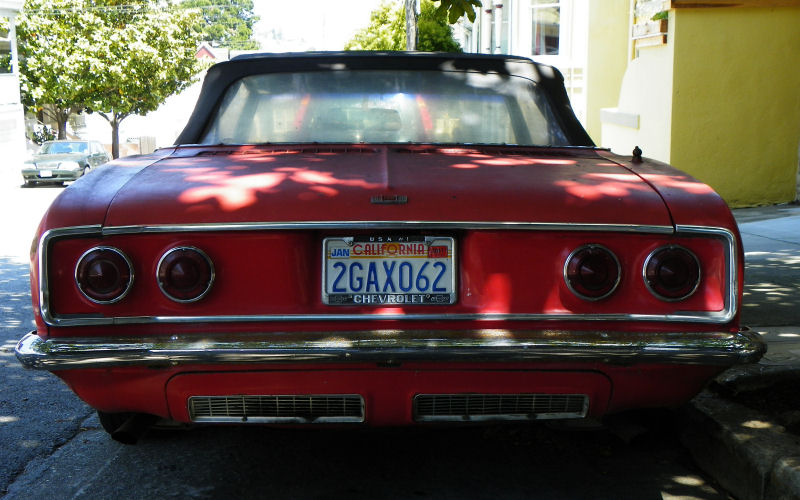 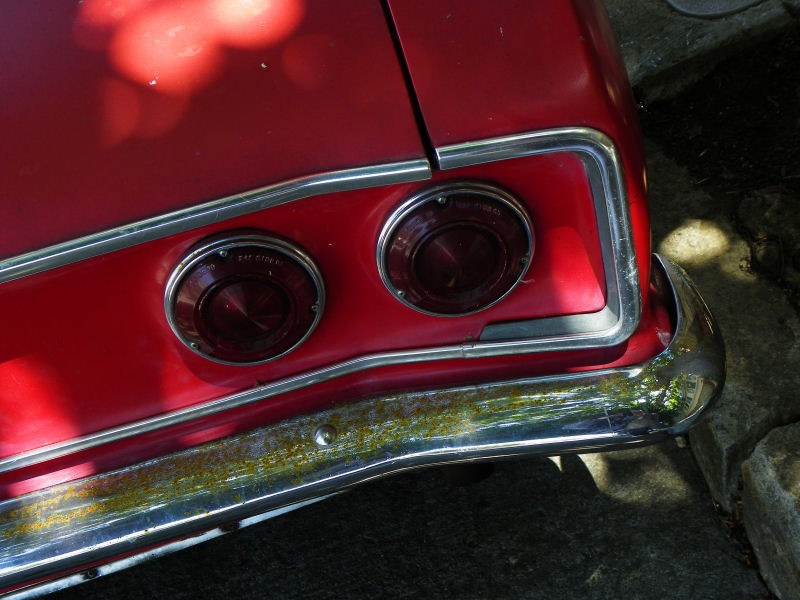 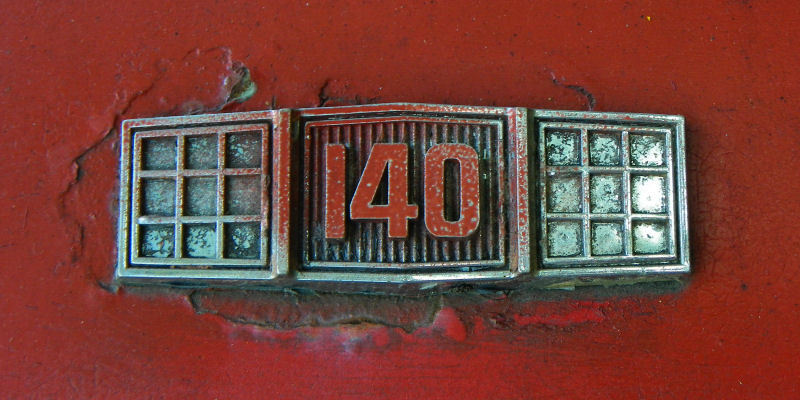 The Corvair was redesigned for 1965 with a Coke-bottle shape as was fashionable at the time. The new design also did away with the notorious swing axle so criticized by Ralph Nader, and upped the power levels of the available engines.
This car has a "140" badge on the rear decklid, which I initially took to mean the engine's displacement (earlier Corvairs came with 140 ci flat sixes). It actually refers to the horsepower figure of the optional engine, taken from the higher-performance Corsa model. Unlike the Corsa, though, the Monza could be bought with a sedate two-speed Powerglide automatic transmission in place of a 3- or 4-speed manual. It's had the Corvair script badges removed from the hood and deck, but the Corvair badge was moved to the front "grille" area next to the driver side headlight in 1966 and would remain that way until 1969. The taillights are unusual and appear to be custom or modified lenses, as a stock Corvair has circular chrome center trim and white backup lights in the two inner lenses. Wheels are non-stock Chevy Rallies; they look all right to me. It needs a paint job, though. Judging by overspray and peeling on the 140 badge, this car's already been repainted, but the new coat was sprayed over the old paint and is already fading badly on the hood. The roof is in great shape, leading me to wonder if it's original or was replaced at some point.
This Corvair has a lot of potential and would look great with fresh paint, new chrome and some detailing.
Posted by Jay Wollenweber at 12:00 AM