It's relatively uncommon to see custom cars on the streets of San Francisco, but this was an exception. In summer 2007 my friend and I took a day trip into the city which took us through the Mission District. We pulled over to check out this 1959 Plymouth Savoy, apparently made into a rat rod with rattlecan flat black paint, red steel wheels and outlined red flames. 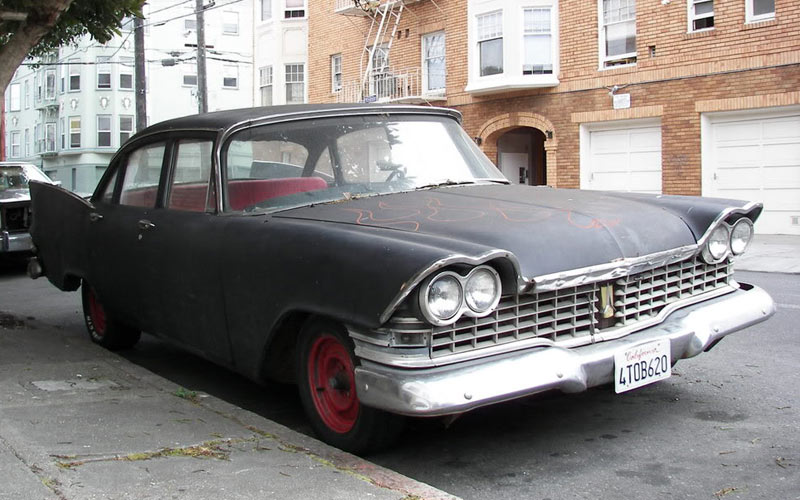 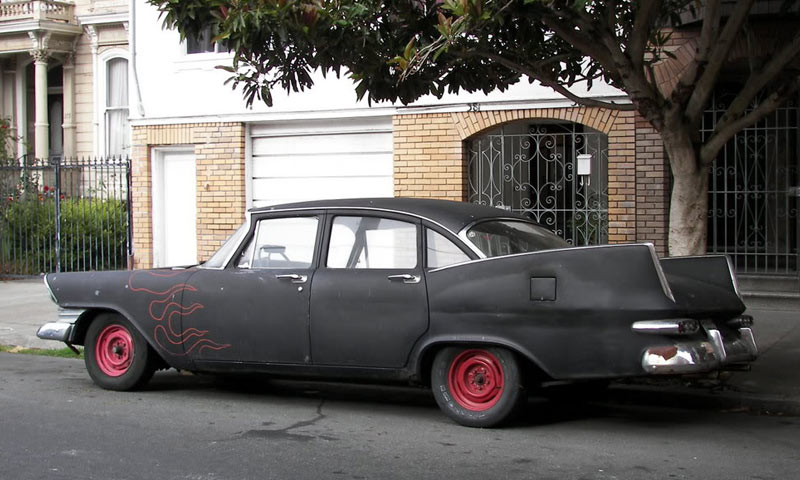 Despite its fancy-sounding name, the Savoy was Plymouth's cheapest offering in 1959. All their full-size models except the Fury were named for luxury hotels. Replacing the now-defunct Plaza, it was a basic vehicle lacking the ornamentation and some of the equipment of the Belvedere or Fury. The body came with a simple chrome spear that ran from the taillights to the top of the front wheel arch (this example has apparently had that trim removed and the mounting holes filled, although some taxis did without the trim pieces from the start). Lower-grade Savoys came with six-cylinder engines, though V8s were available, even the Golden Commando engine from the upscale Fury if so desired. Three different transmissions were available and such conveniences as swivel seats and auto-dimming mirrors and lights could also be had. Savoys were evidently very popular for taxi duty, and a fair number were used in police fleets. Over 84,000 Savoy four-door sedans were sold in 1959. 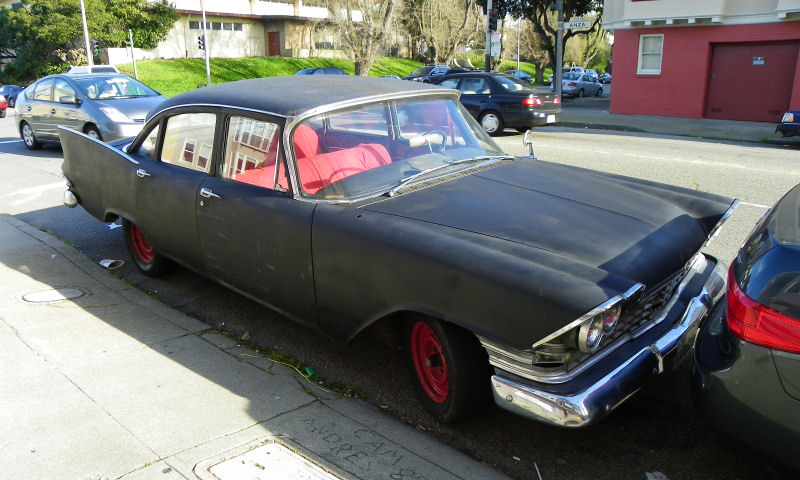 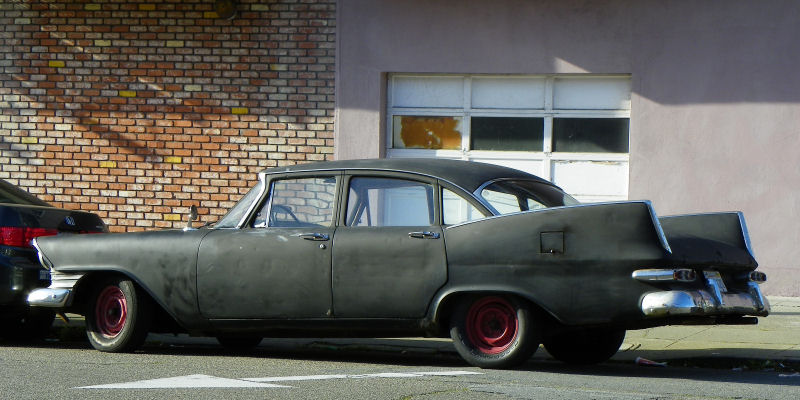 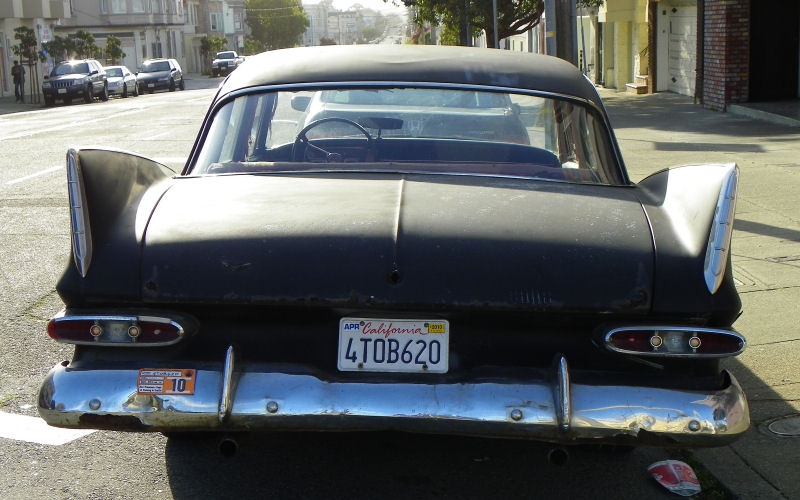 After the initial sighting of this car in 2007, it disappeared from my life and I figured I'd never see it again. Then three years later it resurfaced, interestingly over by Fifties Guy's place. It made me wonder, was it another member of his collection or did it belong to one of his friends? It seemed fitting, as 1950s cars are otherwise exceedingly rare in the city. One month later I saw it again. This time the silly flames had been painted over and some of the spots had been touched up. It still wore a section "I" residential parking permit from the Mission. If it is indeed a vehicle belonging to Fifties Guy, I hope that it has received attention to make it presentable. I'd like to see it restored. He seems to be one of the few people who sees value in '50s-vintage four-door sedans, and for that I respect him.
Posted by Jay Wollenweber at 12:00 AM