I always told myself I'd try to avoid featuring "cliched" cars here at California Streets. You know which ones I mean: 1957 Chevy Bel Airs, 1965 Ford Mustangs, and especially 1964 Chevy Impalas. Why? Well, the "Six Fo" Impala is one of the quintessential cars associated with lowrider culture, and thus is often found rocking small wire wheels with spinner hubcaps, whitewall tires and featuring a bright color, pinstriping and/or airbrush work. Good thing I found one that .... looks exactly like that. Oh dear. 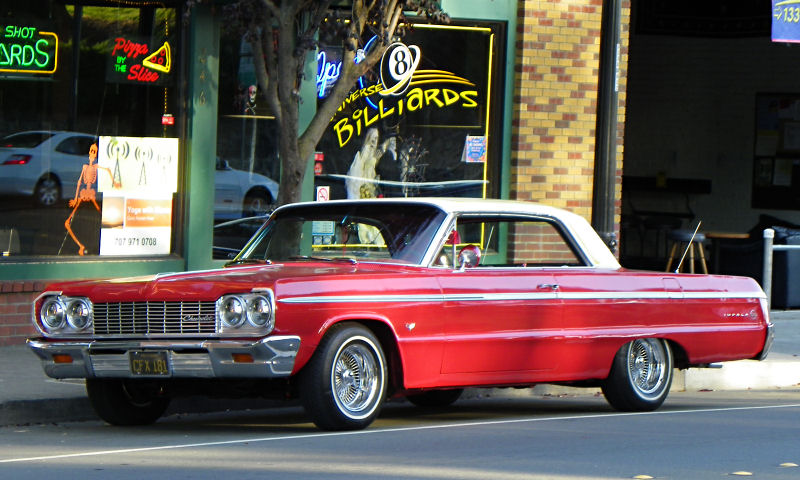 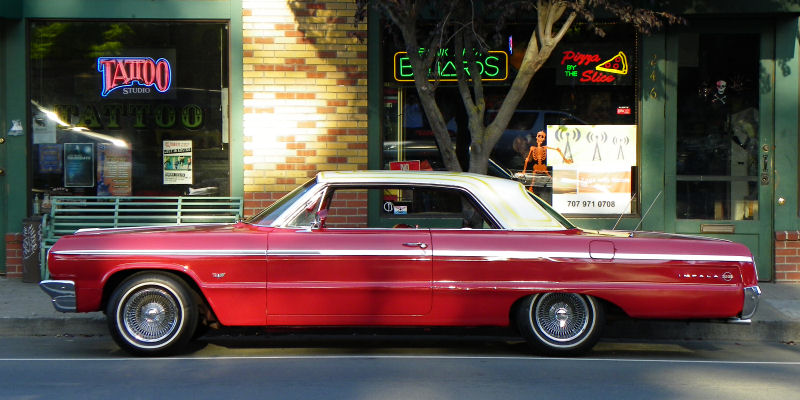 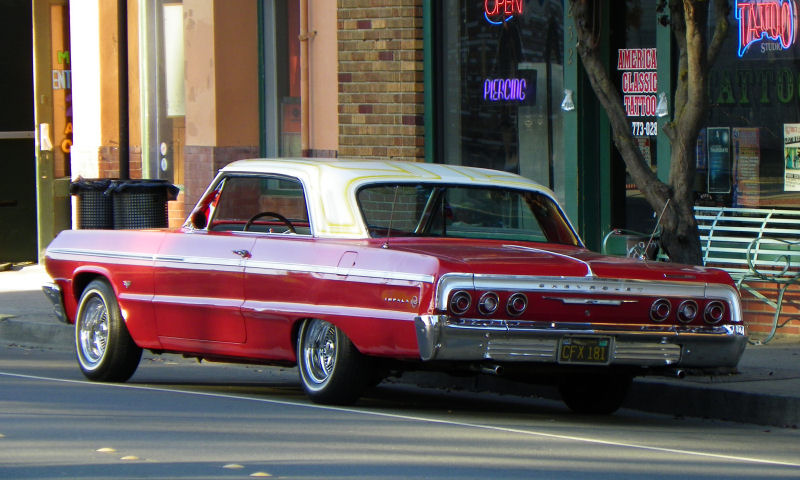 All right, to be fair, I've always liked the 1964 Impala. It's not a bad car at all, and it's loved by many, many people for a reason. They're big and relatively luxurious for their price point, good-looking and, thanks to collector and customizer interest, a lot of parts can be easily sourced for restorations. One might say that the Impala is a victim of its own success, then. I've seen so many customized '64 Impalas that they've ceased to be special to me anymore, and that's too bad. In fact, I'm starting to prefer all the other Impalas from 1958-65 better than the '64, because they all have their own merit and don't seem to be quite so stereotypical a choice for a big GM car. Not to mention the various comparable full-size offerings from Buick, Oldsmobile and Pontiac. Remember that over one million full-size Chevys were sold in 1964 alone, so there are still a lot of them running around. Other brands, not so much. 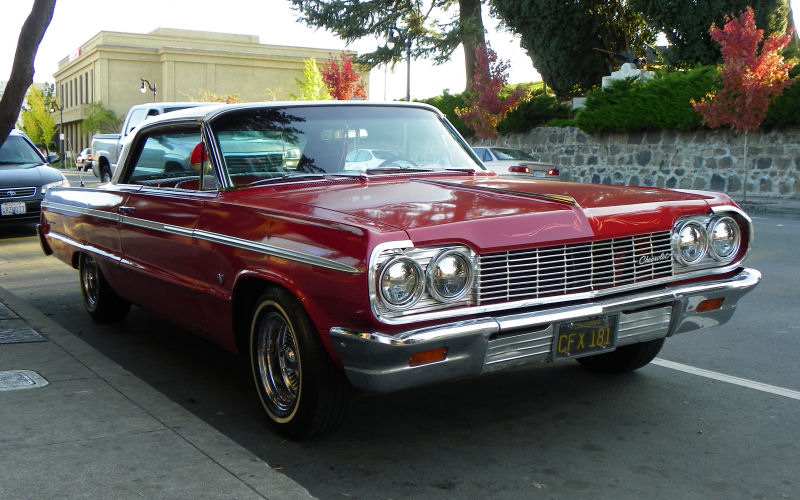 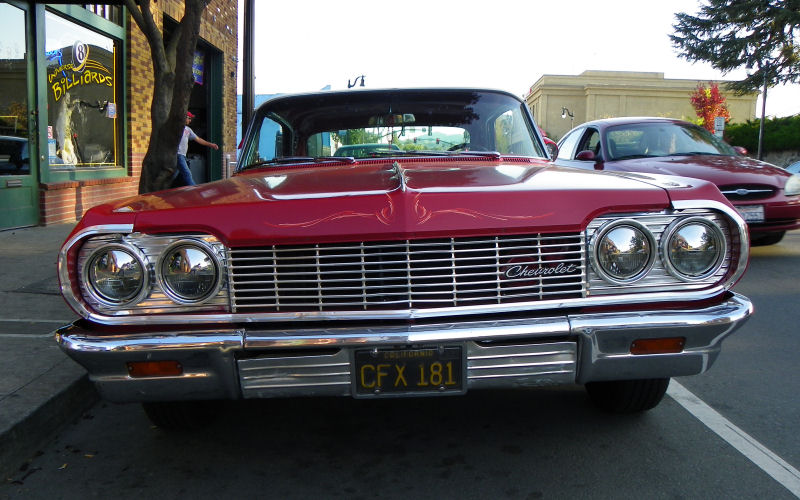 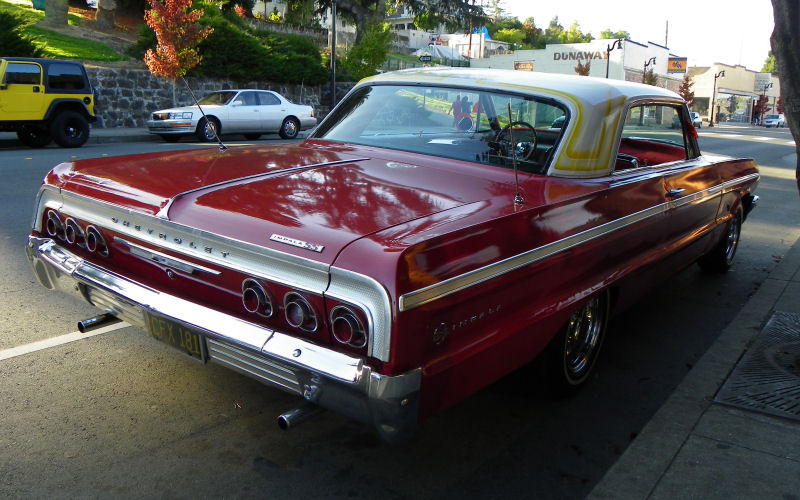 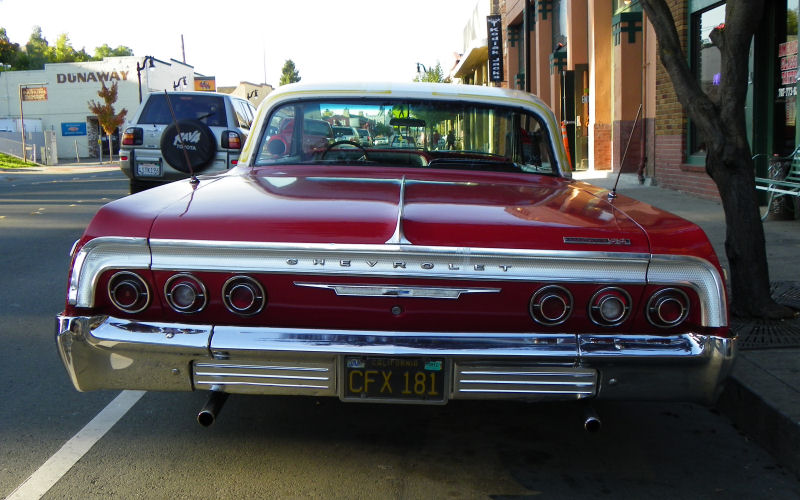 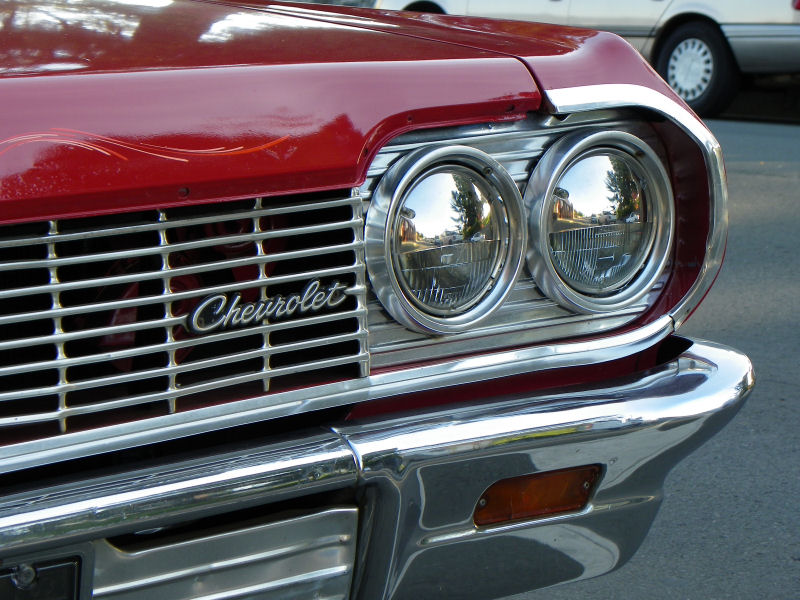 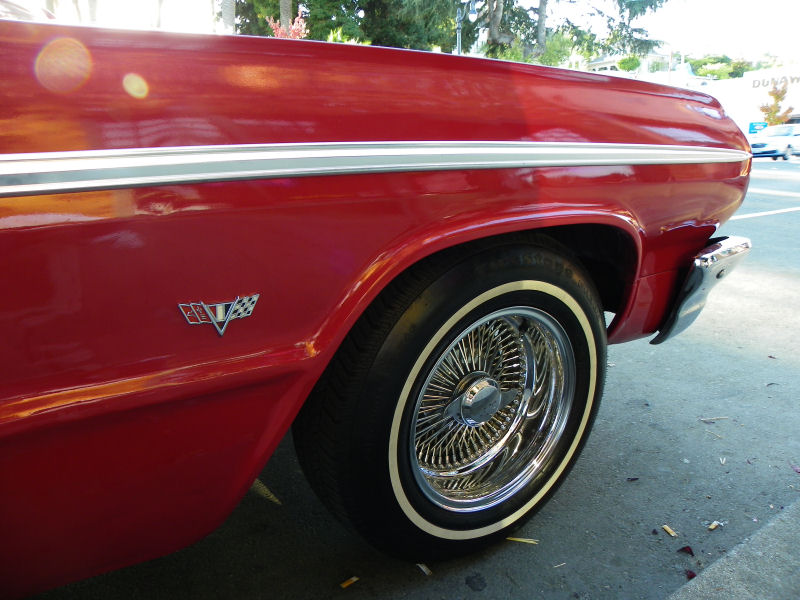 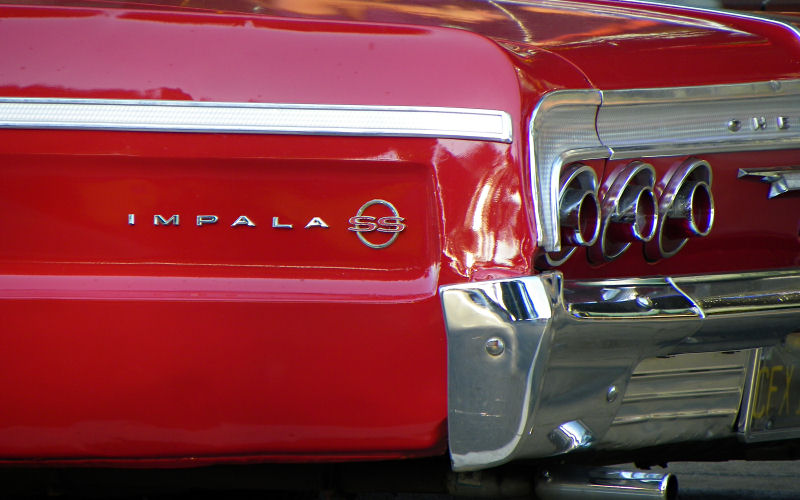 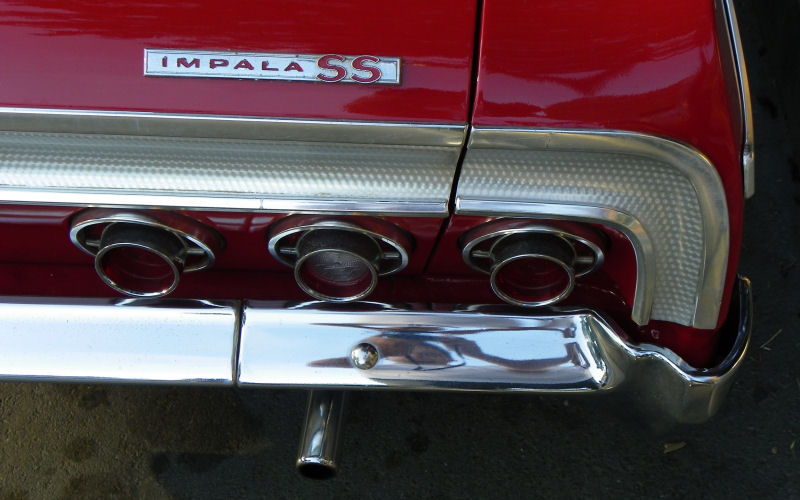 Okay, so we've covered the fact that this particular car isn't quite my cup of tea. But let's examine it closer. The owner has added a common custom touch in the form of chrome "eyelids" on the headlights, a modification I've never understood. While chrome has been added to the headlights, the stainless steel trim piece on the leading edge of the hood has gone missing. Some mild pinstriping accents the hood and some relatively tasteful gold airbrushing graces the silver roof. No extensive or irreversible modifications have been made. It strikes me as kind of a budget cruiser, as the body isn't laser-straight and the main body paint didn't look like the highest quality. I appreciate that it wears an early-issue black plate, which suggests that the car is an early-build 1964 model registered during calendar year 1963. It's a nice 20-foot car, meaning it looks fairly good from across the street. That, and it's nearly 20 feet long!
Cliched or not, it's good to see that this car's owner loves his baby enough to take good care of it, and that makes me happy.
Posted by Jay Wollenweber at 8:45 PM