I wish I could say that my first classic Ferrari feature was a genuine case of catching Uncle Pennybags on a run to the shops for bread and milk, but alas, this car was parked near a car show. I spotted it parked on the street quite literally just around the corner from the Danville Concours d'Elegance last year. The d'Elegance is a fantastic charity car show put on every September to benefit Parkinson's research and usually attracts some well-heeled car owners, either to enter their cars in the show or to just stop by and check out what's on display. 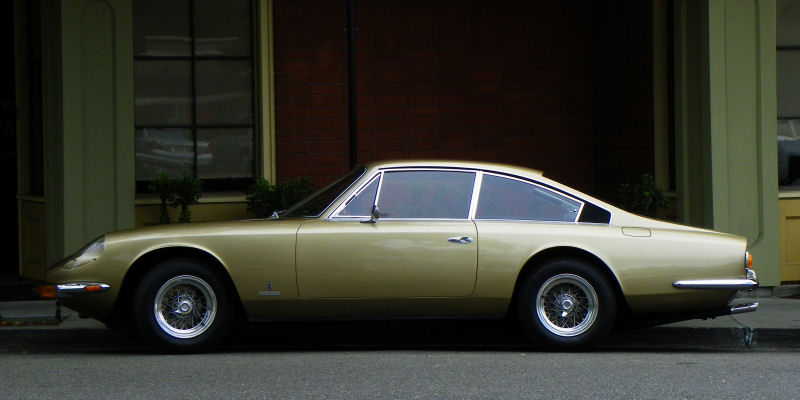 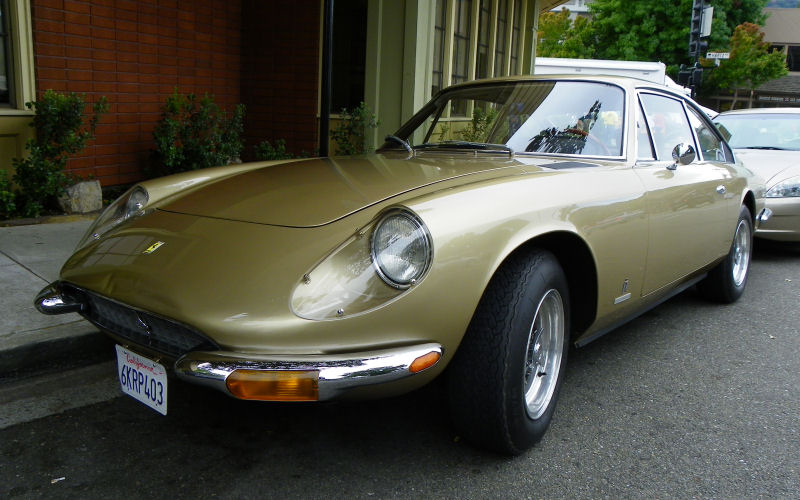 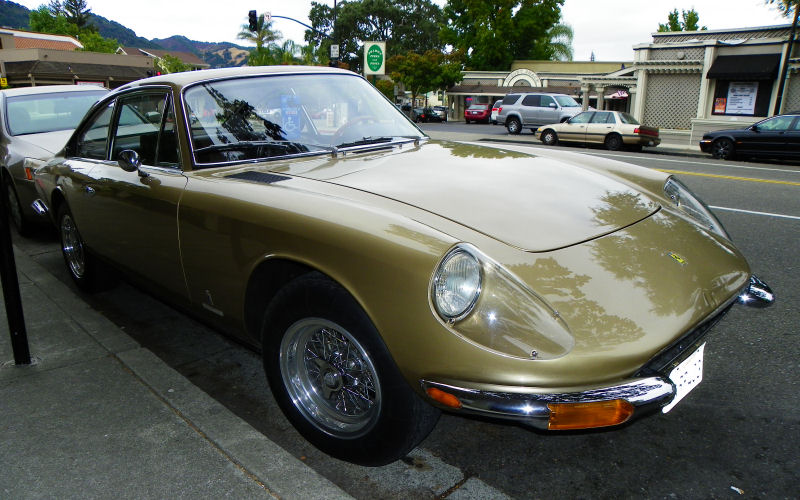 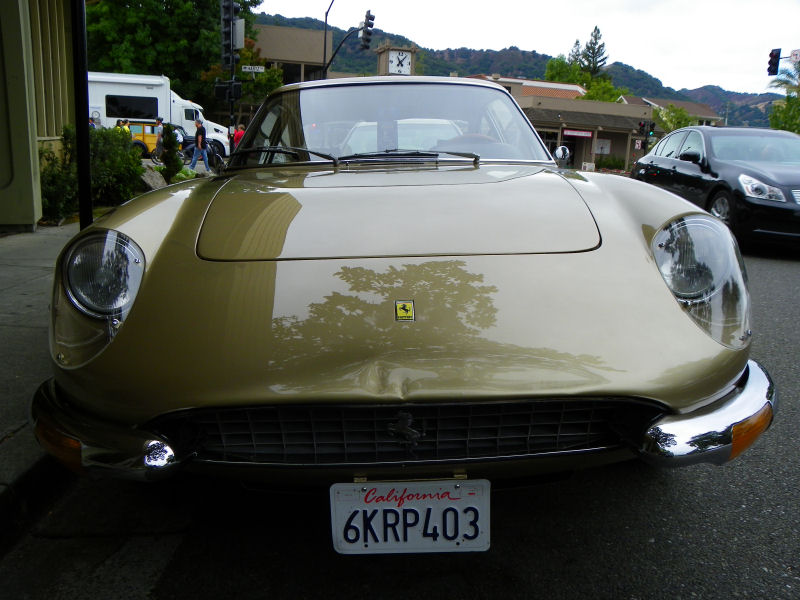 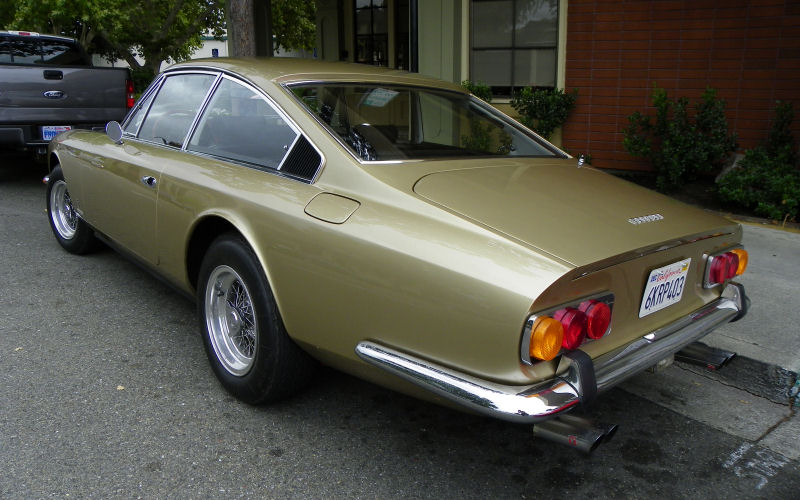 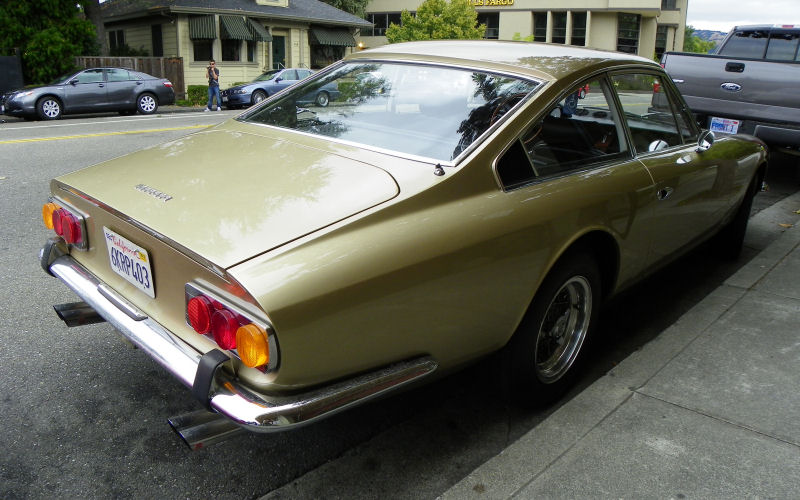 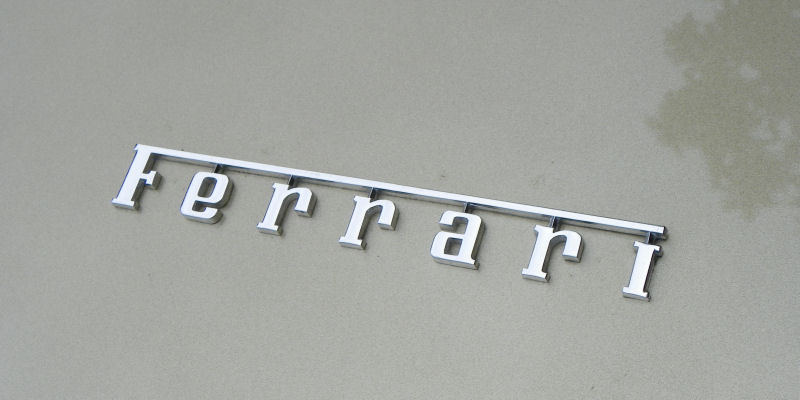 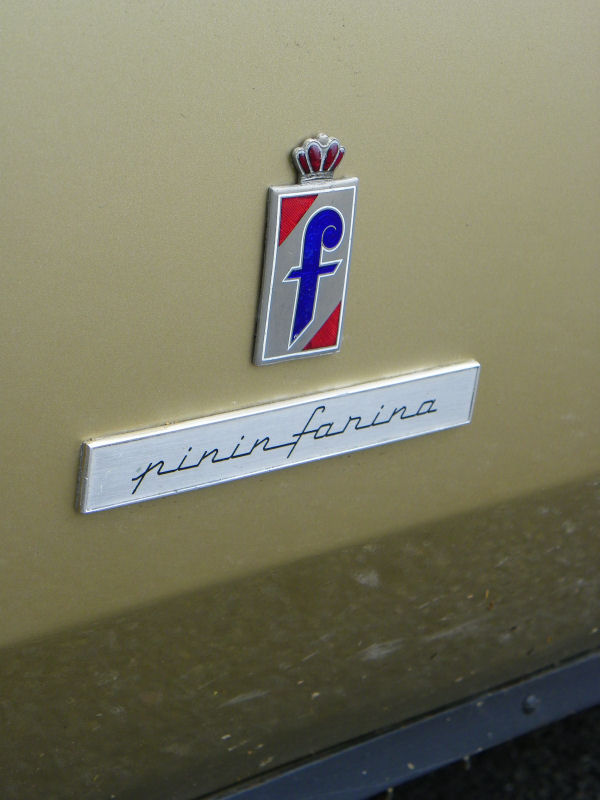 The 1969 Ferrari 365GT 2+2 is a rare beast, one of only about 800 made, and one of only two I've ever seen. This one I'd seen before, when it appeared at the 2010 California Mille pre-race car show in San Francisco in April. Again, it was parked on the street. What sets this car apart from most vintage exotic cars is that it looks like it gets driven. It's also seen its share of expensive parking rash that almost makes me wonder if Ferris Bueller's friend Cameron wailed on the front end with his foot. (Yeah, I know it was a 250GT California replica used in that movie.) Aside from the two dents in the sheetmetal, the car looked immaculate. The smooth metallic champagne paint was another thing that set it apart from most Ferraris -- it's not red! The more subdued color helps to re-affirm that this four-seat Fezza is a grand tourer first and race car second, something that will get you and three of your friends to the wine tasting on time, every time.

I believe that I recently saw this same car, with the damage repaired, for sale at Cars Dawydiak of San Francisco, for $189,000. Think about that next time you try squeezing your car into a parking space in front of a classic Ferrari.
Posted by Jay Wollenweber at 12:00 AM