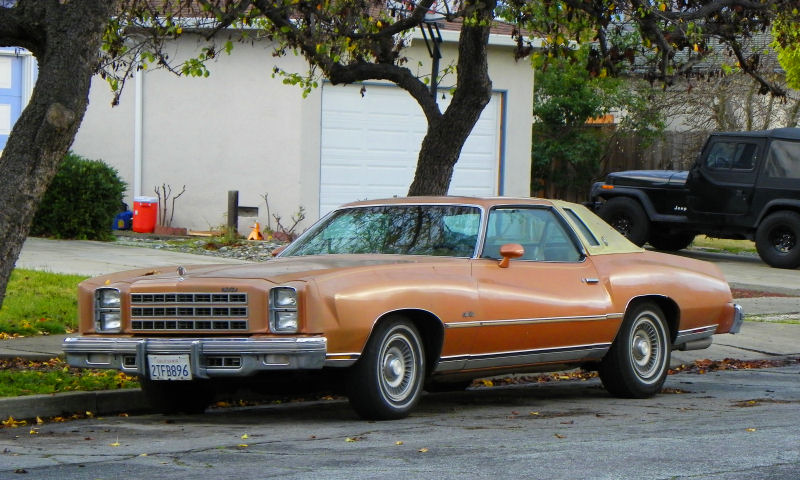 When choosing the 1977 Oldsmobile Cutlass for my last feature, I noticed that my archives contain quite a few 1977-model cars. So, I have a new theme for this week: Spirit of ... '77.
Now, the late 1970s are referred to as the Malaise period for a reason. Big, bulky, slow cars with emissions-choked engines and the death of the muscle car. Sales of big personal luxury coupes were up, though, and this was one of the big players in that market segment. It's a 1977 Chevy Monte Carlo Landau. 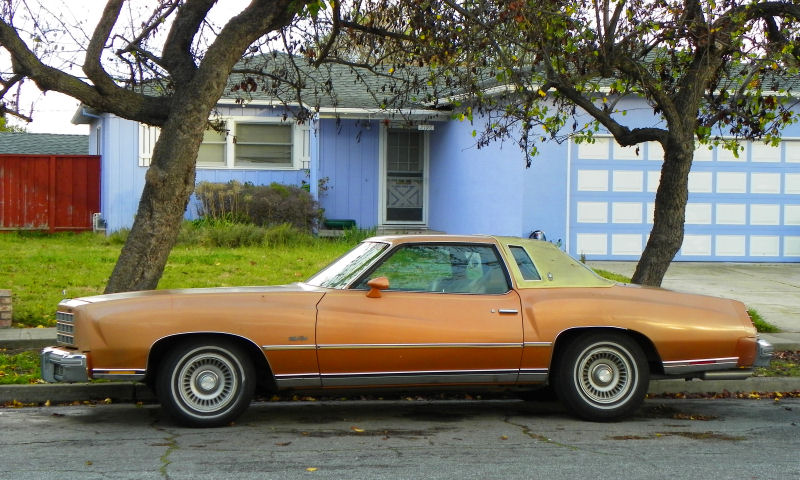 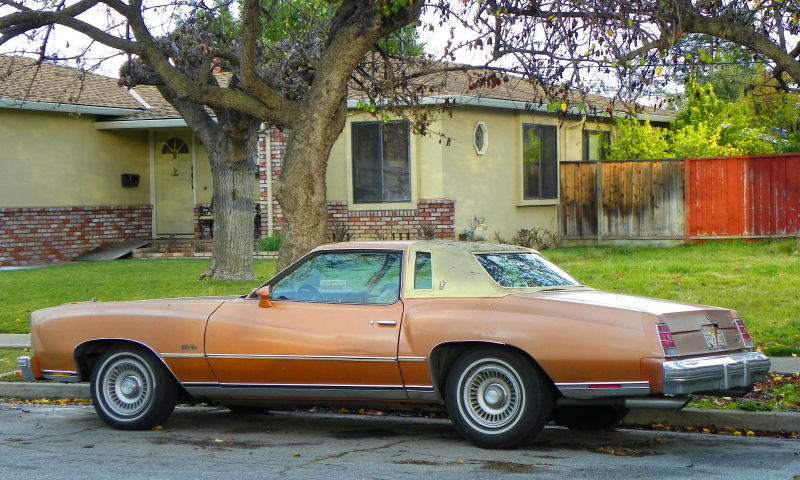 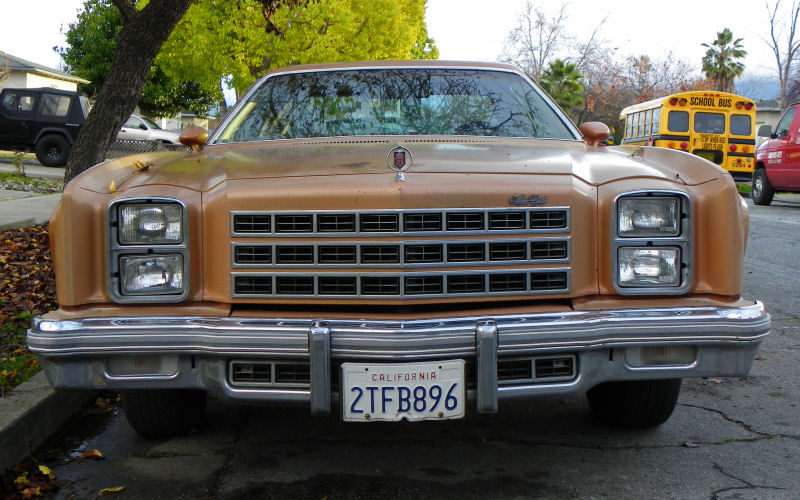 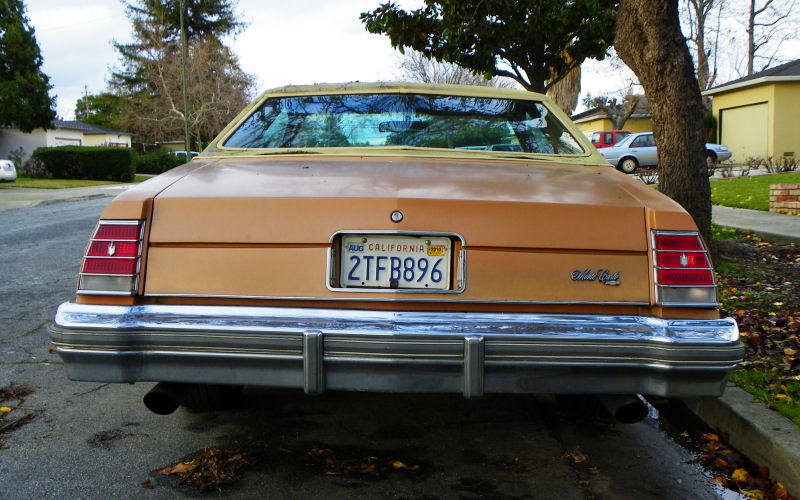 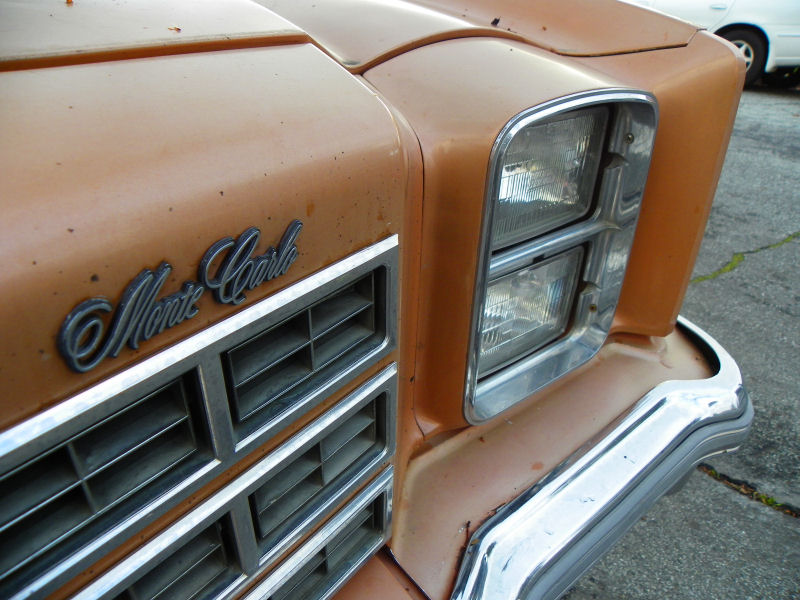 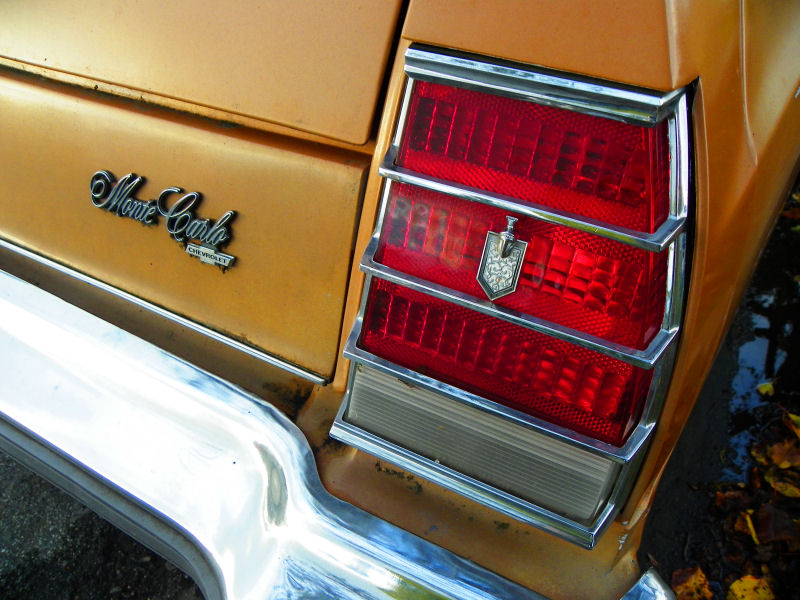 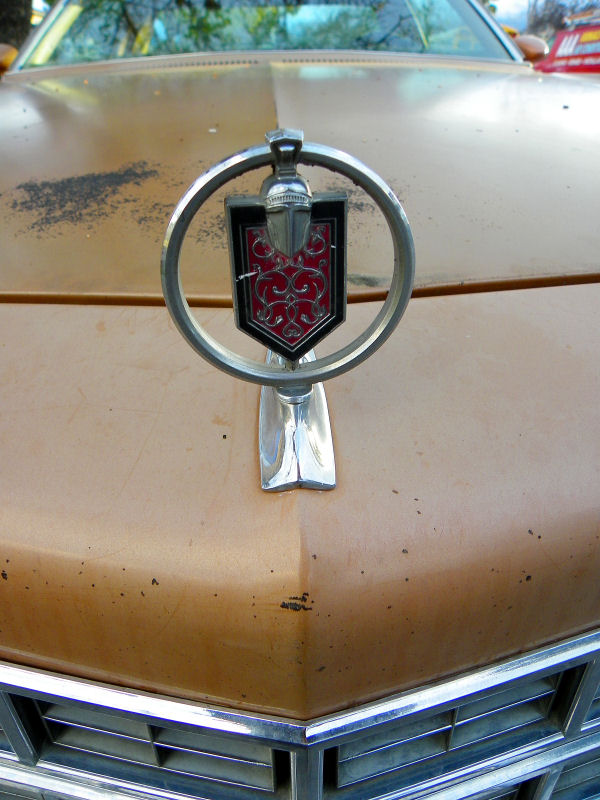 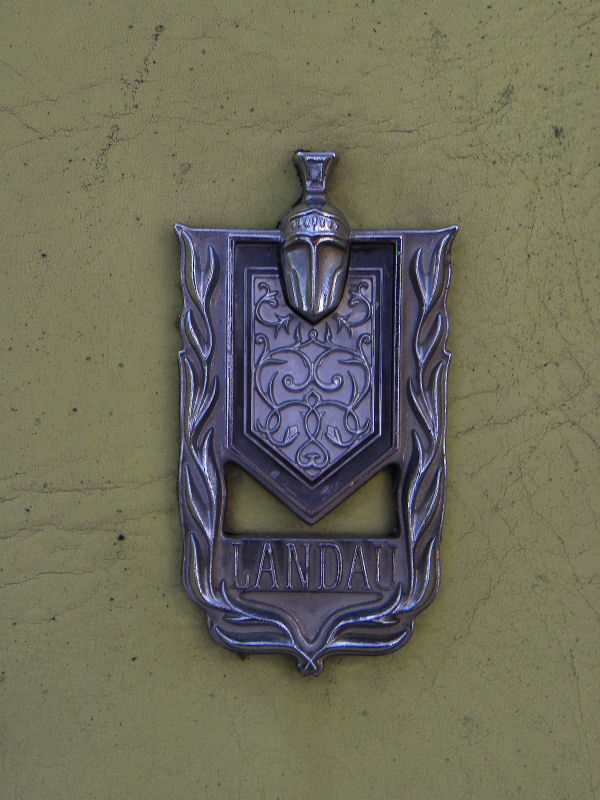 As you may have noticed, Landau and Brougham are popular Malaise terms of pseudo-prestige and were slapped on darn near every car with a vinyl top and delusions of grandeur. This one has both. Half-vinyl "Landau" top? Check. Whitewall tires? Check. Pretentious hood ornament? Check. Named for an opulent European city? Check. Hood longer than I am tall? Ohhhh you betcha.
Gotta love the wretched excesses of the era. From what I read, 1977 was the only year in history in which a midsize car was actually larger than the company's full-size line (the newly downsized B-platform Impala and Caprice). GM was learning, though, as 1977 would be the last year for this bodystyle before the downsized, and totally new, '78 G-body Monte Carlo. The big 400 V8 was gone, with only a 305 or 350 available producing up to 170 hp. Unsurprisingly, no manual transmission was available. Did I mention the muscle car was dead?
This one's pretty solid, still shiny at least on the sides. It could use a repaint at some point. At least replace the vinyl top, which is ragged in places and, unfortunately, could be hiding a rust nightmare underneath. I'm impressed by the condition of the chrome, with all bumpers shiny and straight and trim present and intact. Looks like a more aggressive exhaust system out back than came from the factory, so it likely sounds pretty good. And in all honesty, I kind of like the pretentious shield and armor badges. And it really isn't that bad looking of a car.
The owner seemed a little nervous when he saw me taking pictures, and understandably so. When he saw I wasn't out to steal his car, I think he chilled out a bit. I was with my friend at the time, and he lives just a few houses down from where this car was shot. It's a shame car owners have to worry about whether the young guy taking pictures of their car in the public domain has criminal intent. Some of us are just enthusiasts.
Posted by Jay Wollenweber at 10:15 PM