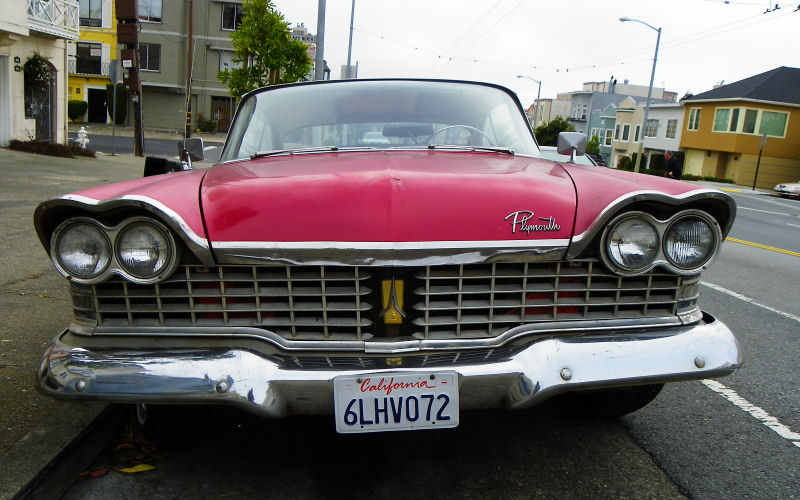 If you've seen the previous feature in the series, feel free to skip the following paragraph.
It's that time again, time for another weekly series. This one comes to you courtesy of Fifties Guy in San Francisco. Frequent readers will know who that is, but for those of you just joining us, Fifties Guy is my nickname for a collector of 1950s and early '60s cars in SF who parks them on the streets around his home and drives them daily. Most are big, heavy, massively-finned and usually overstyled late-'50s Chrysler products. So here you have it, folks: Forward Look Week. The "Forward Look" was stylist Virgil Exner's baby, and was the design language for most Mopar cars from 1955 to 1961. Take a look at an early-50s Dodge or Plymouth. Pretty boring, right? Maybe some chrome gingerbread and a snazzy grille but not much else to liven up an otherwise stodgy car. Then Exner came along and made things interesting. 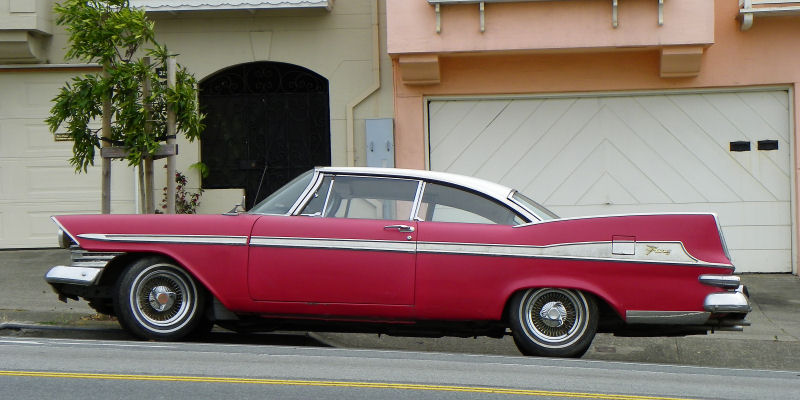 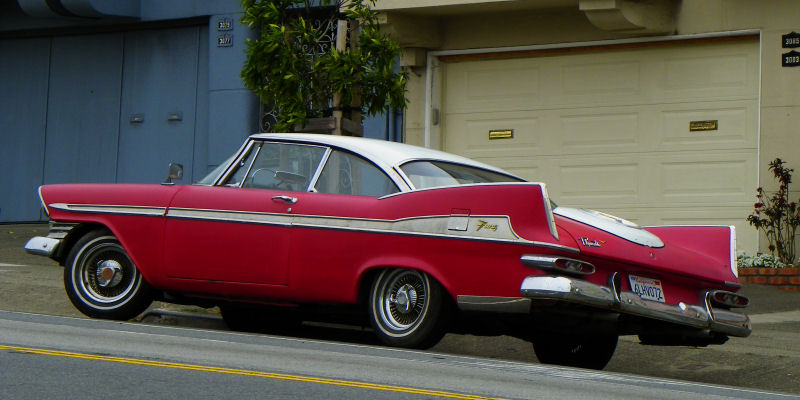 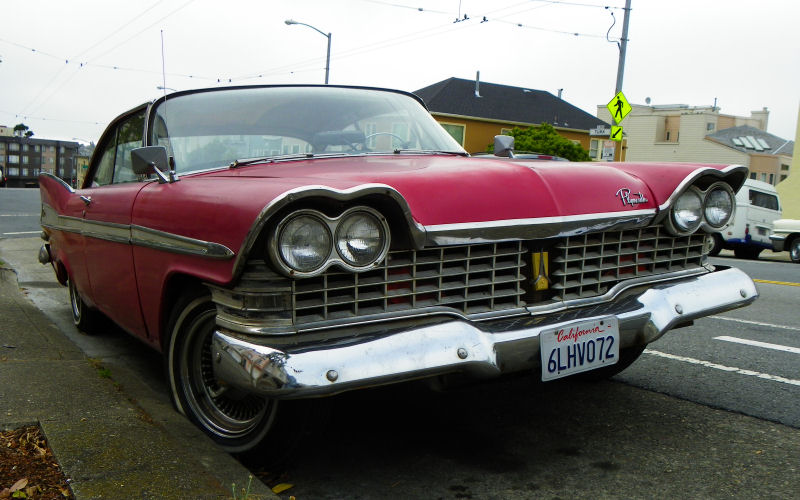 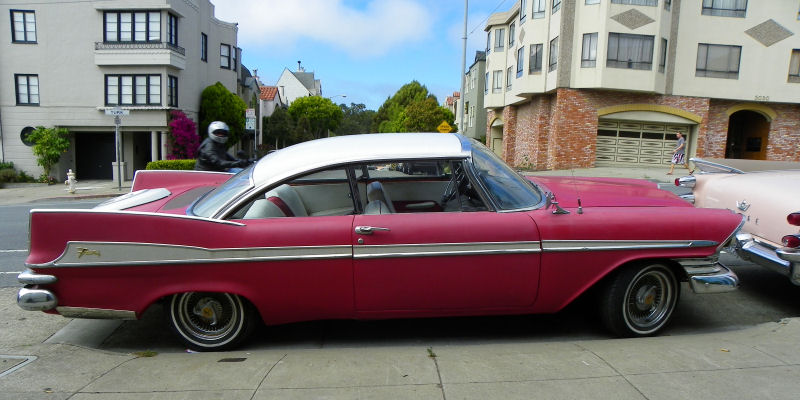 Second in the Forward Look Week series is this Flame Red 1959 Plymouth Fury. She's a bit faded now, almost a magenta pink color. And please spare me the Christine jokes, she's the wrong year. I'll be honest, I never liked the '59 Plymouths at all. After the fantastic 1958 model which improved so nicely on the already mostly pretty '57 (a proper '58 Belvedere or Fury two-door hardtop is a gorgeous sight to behold), a 1959 just looks... wrong. You may disagree, and that's all right. But examine the design from all angles and it comes off as a superficial, slapped-together nip-tuck done for the sake of having something new in the showroom. And don't even get me started on the fake spare tire hump on the trunk lid. But compared to the 1960 and even more disastrous '61, this thing is beautiful. 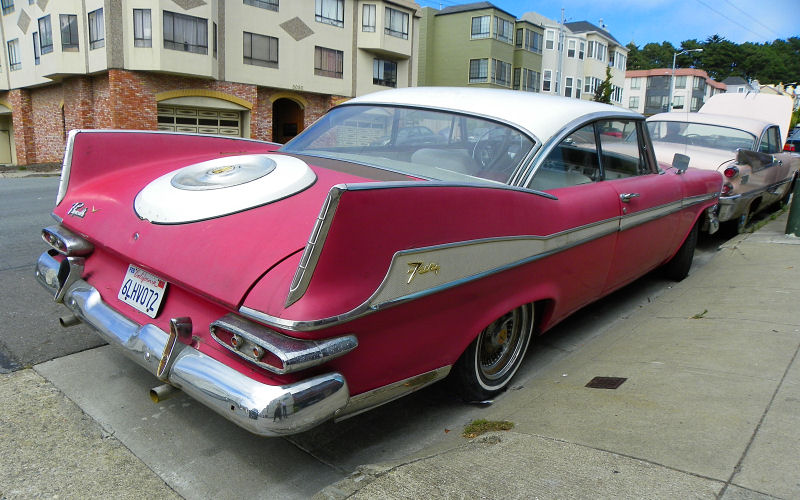 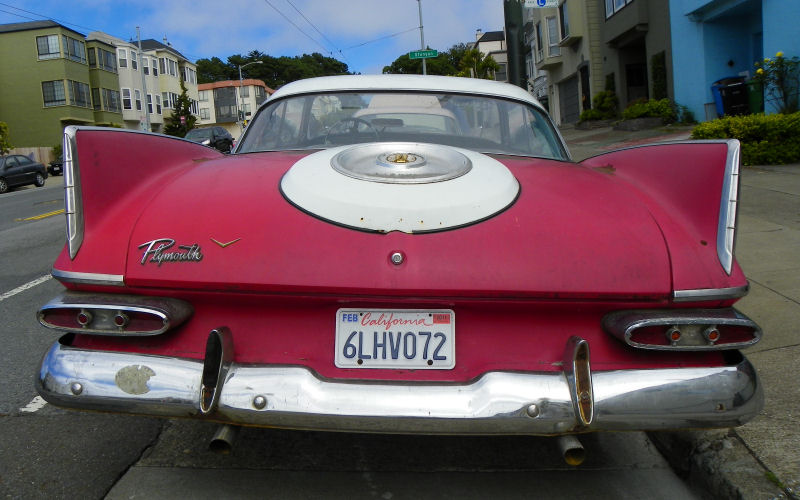 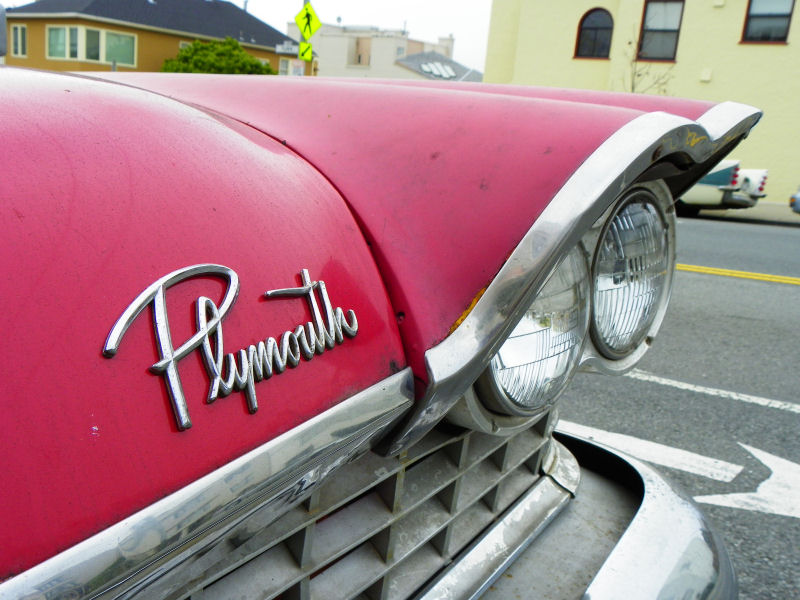 As you may know from reading past features here on Plymouth Furies, this is a purer form of Fury than the generic full-size sedans and wagons made during the '60s and '70s. For its first few years of life, the Fury name was only affixed to the coolest, most powerful, most expensive Plymouth coupe. The same year this car was built, Plymouth offered a four-door Fury. It was the beginning of the end. The next year you could buy a Fury wagon. After that, "Fury" was no longer special. 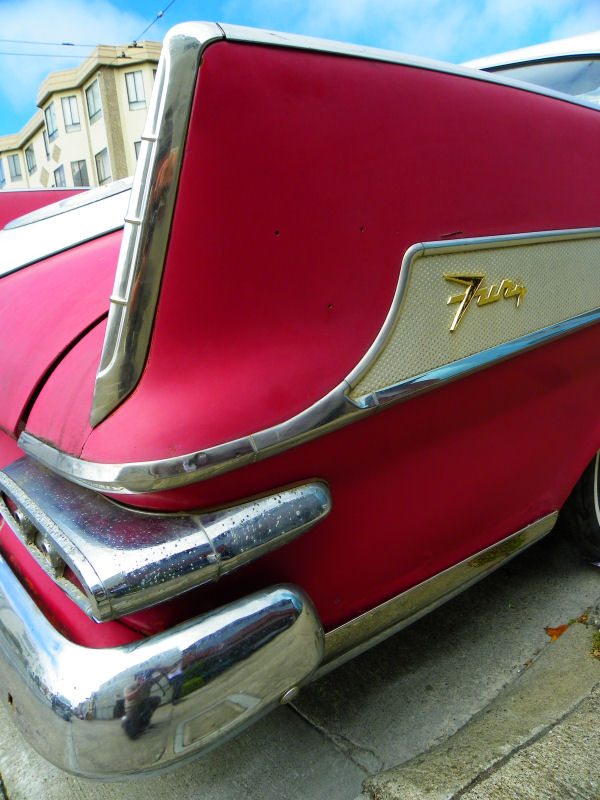 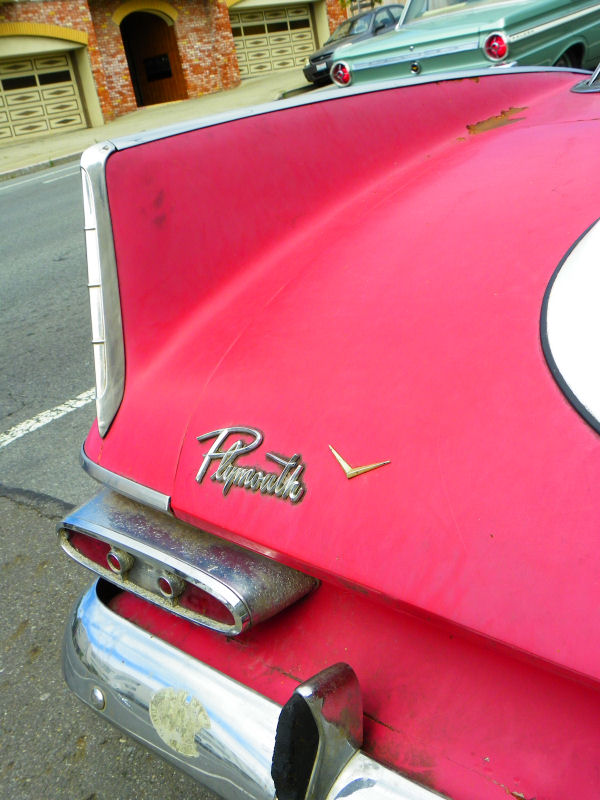 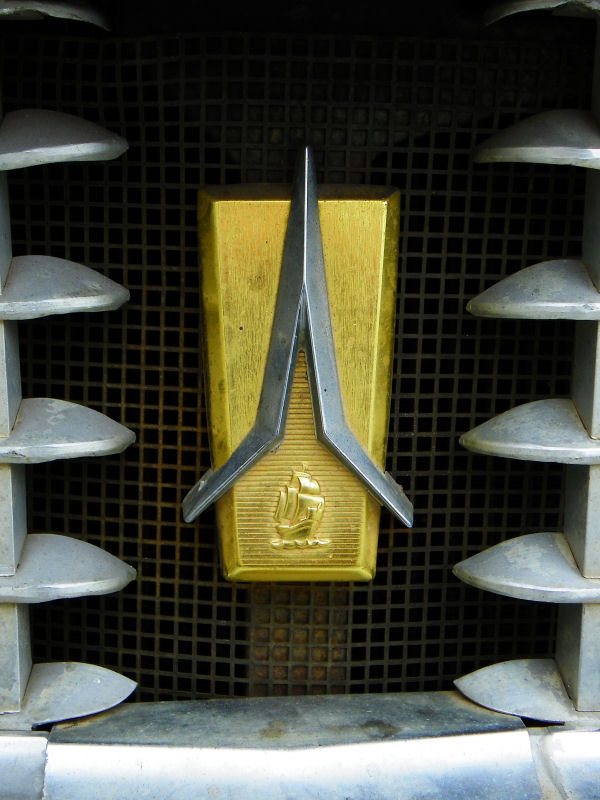 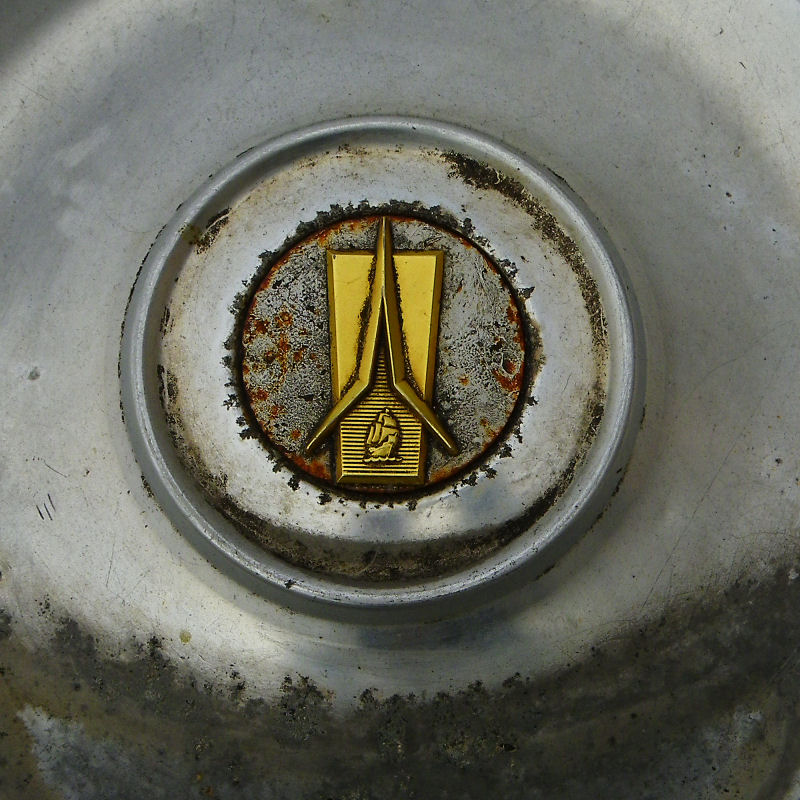 The condition of this example is about on par with most of Fifties Guy's collection. Faded paint is to be expected on a fifty-year-old, red car. Heck, a lot of red cars fade after 10 years. The body is primarily rust-free and straight, albeit missing some trim (namely the Forward Look insignias on the fins). Wheels aren't stock and aren't helping very much. I'd like to see it with the correct OEM wheels and hubcaps, a new paint job in the same color and rechromed trim.
Posted by Jay Wollenweber at 12:30 AM