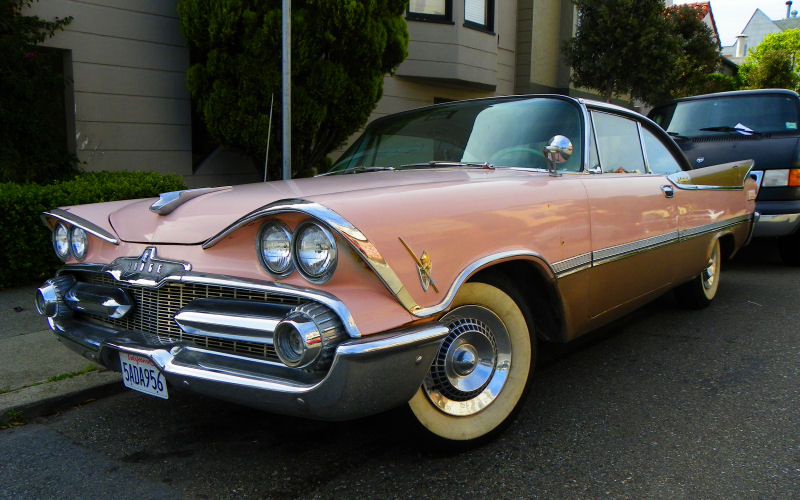 It's that time again, time for another weekly series. This one comes to you courtesy of Fifties Guy in San Francisco. Frequent readers will know who that is, but for those of you just joining us, Fifties Guy is my nickname for a collector of 1950s and early '60s cars in SF who parks them on the streets around his home and drives them daily. Most are big, heavy, massively-finned and usually overstyled late-'50s Chrysler products. So here you have it, folks: Forward Look Week. The "Forward Look" was stylist Virgil Exner's baby, and was the design language for most Mopar cars from 1955 to 1961. Take a look at an early-50s Dodge or Plymouth. Pretty boring, right? Maybe some chrome gingerbread and a snazzy grille but not much else to liven up an otherwise stodgy car. Then Exner came along and made things interesting. 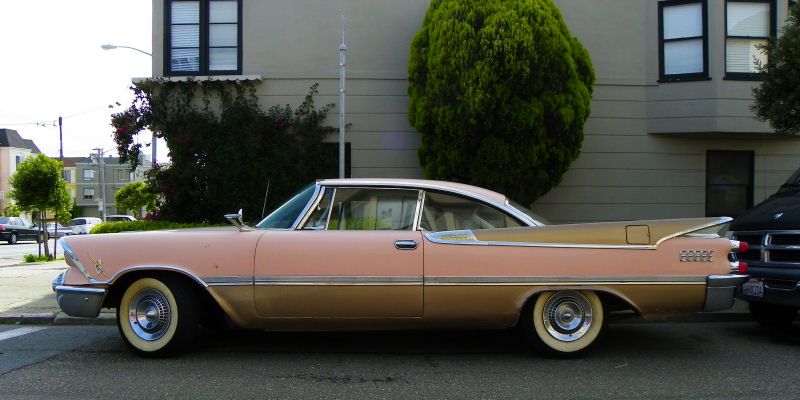 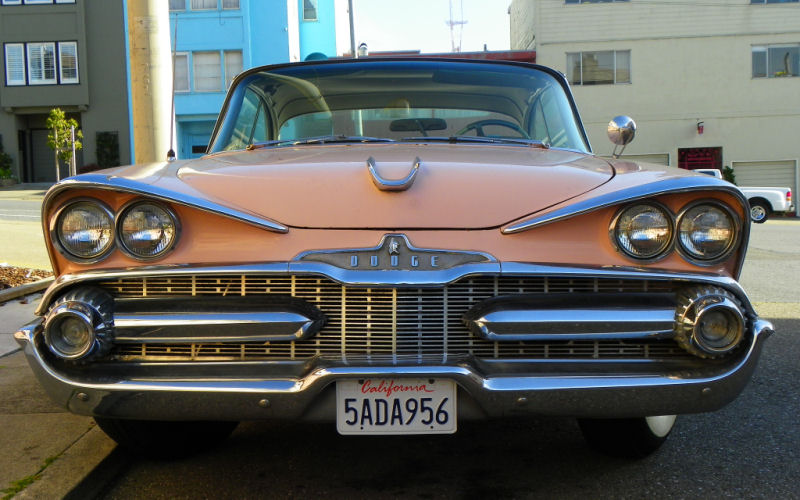 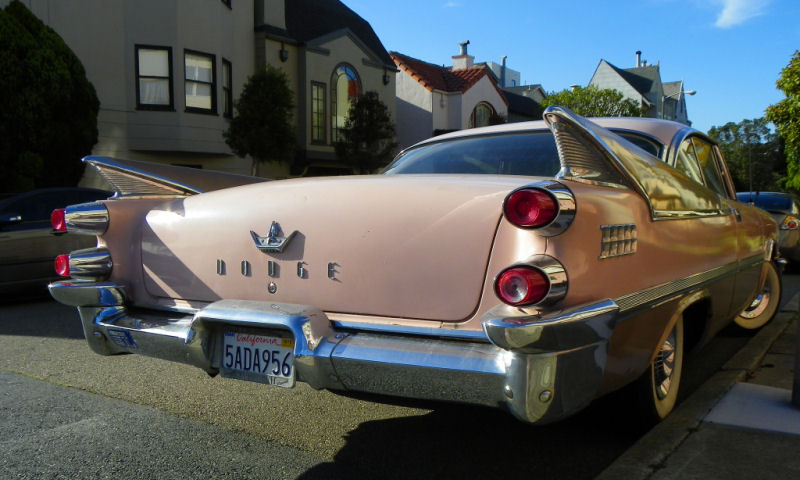 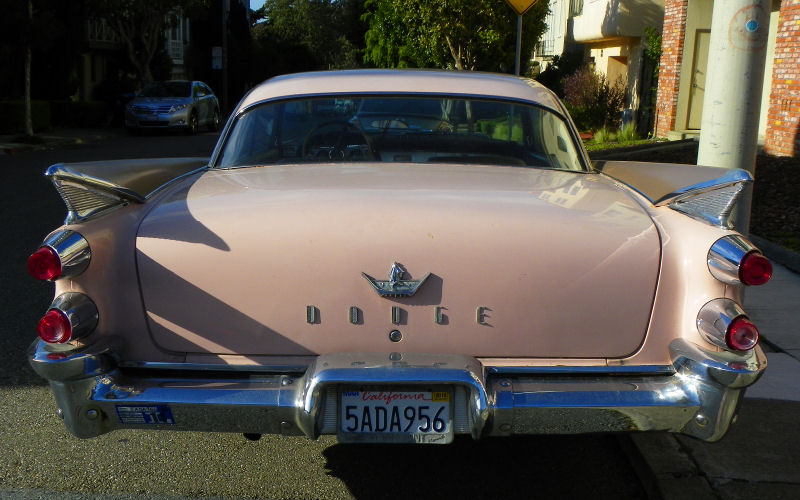 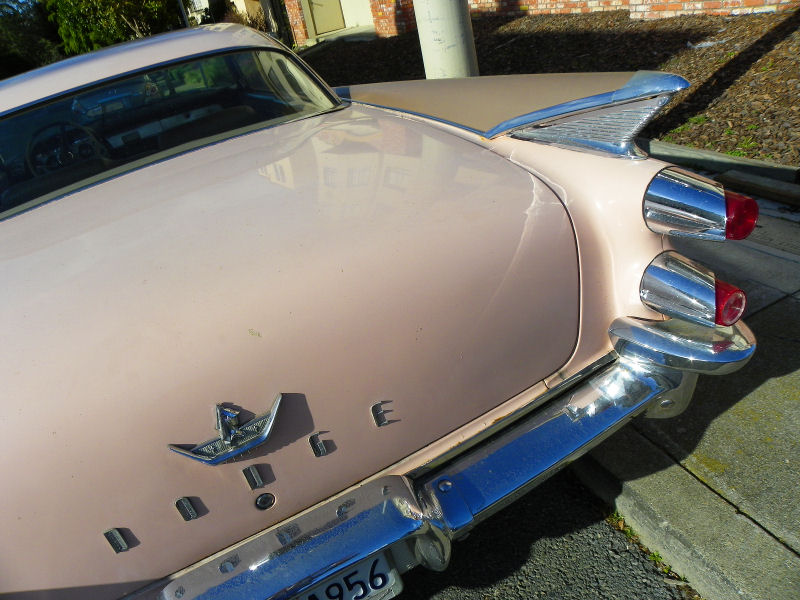 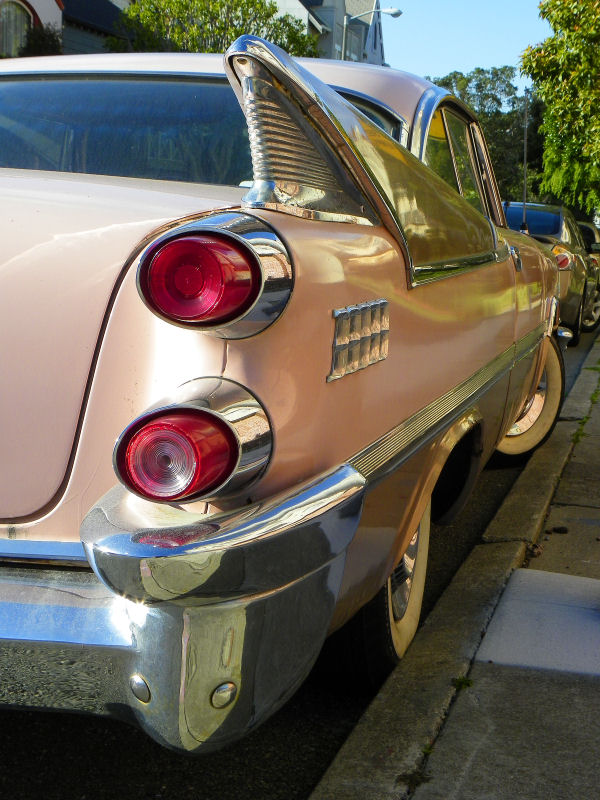 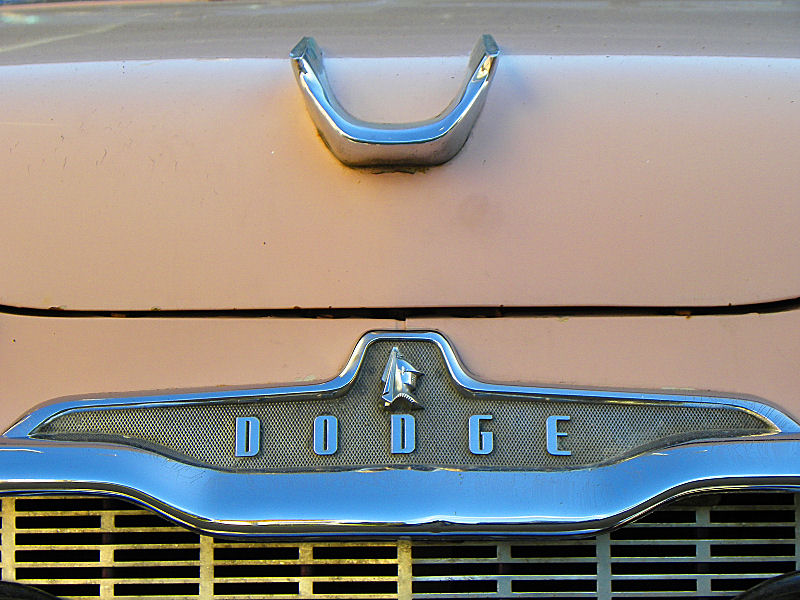 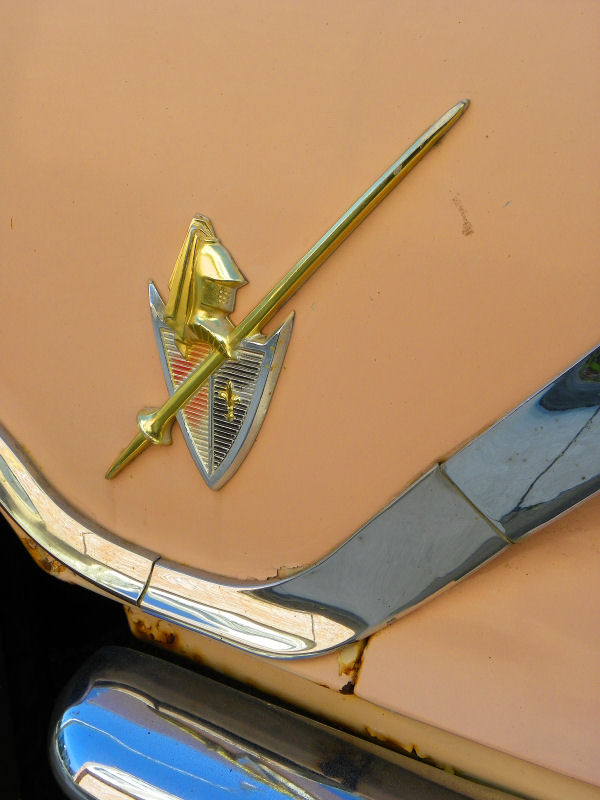 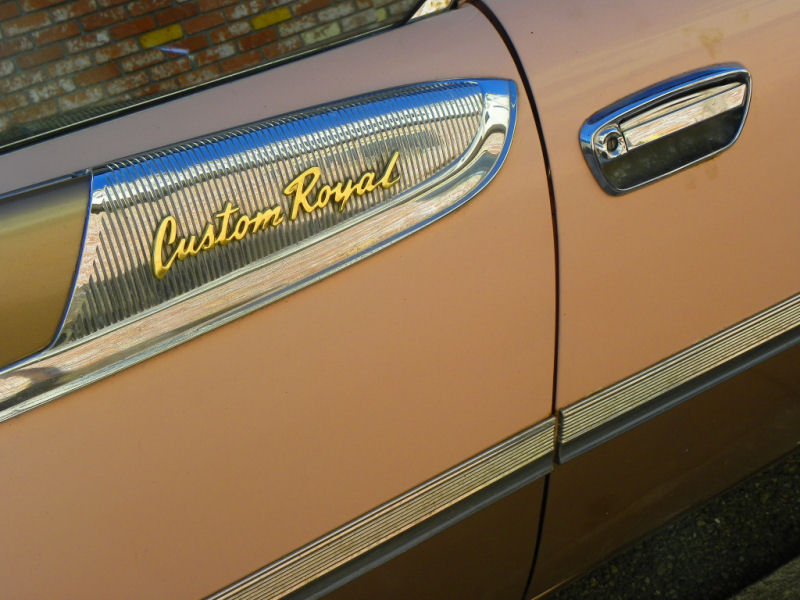 This is a 1959 Dodge Custom Royal Lancer, the car they forgot to stop styling. Big sweeping tailfins with projecting "bullet" taillights; scowling, heavily lidded headlights; quite a bit of curious metal sculpting in the front grille area. The whole package appears angry and aggressive. Under the skin though, it's fairly conventional Mopar. V8, Torqueflite push-button automatic, same platform as all the other full-size Chrysotos and Plodges. The interior is loaded with gimmicks and luxury features like plush carpet, optional swiveling bucket seats, air conditioning, and a ridiculous (and unfortunately standard) three-color speedometer that features no needle but uses colored lights that turn green up to 30 mph, yellow from 30-50 and red above that. I wonder how well that system works today in this car, if at all.
Most 1959 Dodges were Coronets, but about 1/3 of them were Custom Royals, and of that total, 6,278 were Custom Royal Lancer two-door hardtops like this one.
Condition on this car is fairly good. Fifties Guy's cars are all in fair-to-decent daily driver condition and this is one of the cleaner ones. Straight, generally rust-free and shiny body panels are a definite plus. It has good chrome, in need of a polish job but all there and in nice shape. I'm really not wild about the Biscuit (or Rose Quartz) and Mocha two-tone color scheme, but it was the '50s and I guess having a car that matched your breakfast was normal. I think it might look better if the pinkish color was matched with white accents instead of the Mocha, or if the Mocha accent was on a white car. I really do like this car from a number of angles, provided they don't show the front. The rear 3/4 view, especially if it emphasizes the fins, is awesome. The front end, though, in my opinion is just awful. Still, it's a rare vehicle and could be worth a fair amount of money fixed up really nice.
Posted by Jay Wollenweber at 3:16 AM