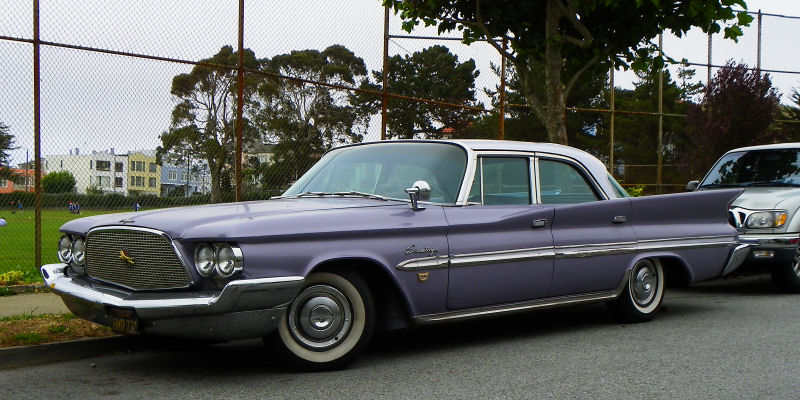 If you've seen the previous feature in the series, feel free to skip the following paragraph.It's that time again, time for another weekly series. This one comes to you courtesy of Fifties Guy in San Francisco. Frequent readers will know who that is, but for those of you just joining us, Fifties Guy is my nickname for a collector of 1950s and early '60s cars in SF who parks them on the streets around his home and drives them daily. Most are big, heavy, massively-finned and usually overstyled late-'50s Chrysler products. So here you have it, folks: Forward Look Week. The "Forward Look" was stylist Virgil Exner's baby, and was the design language for most Mopar cars from 1955 to 1961. Take a look at an early-50s Dodge or Plymouth. Pretty boring, right? Maybe some chrome gingerbread and a snazzy grille but not much else to liven up an otherwise stodgy car. Then Exner came along and made things interesting. 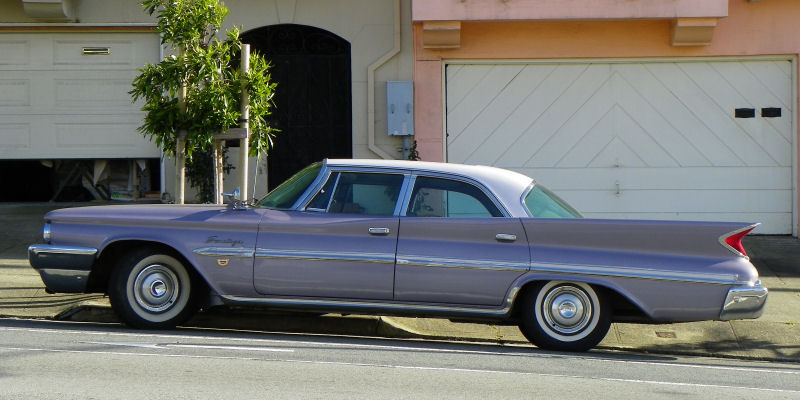 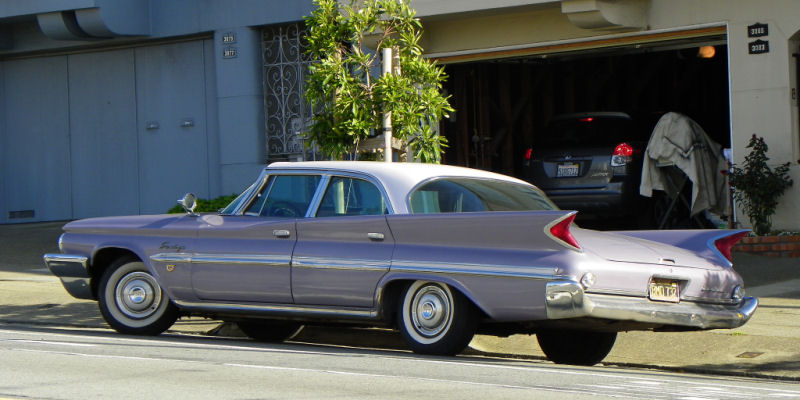 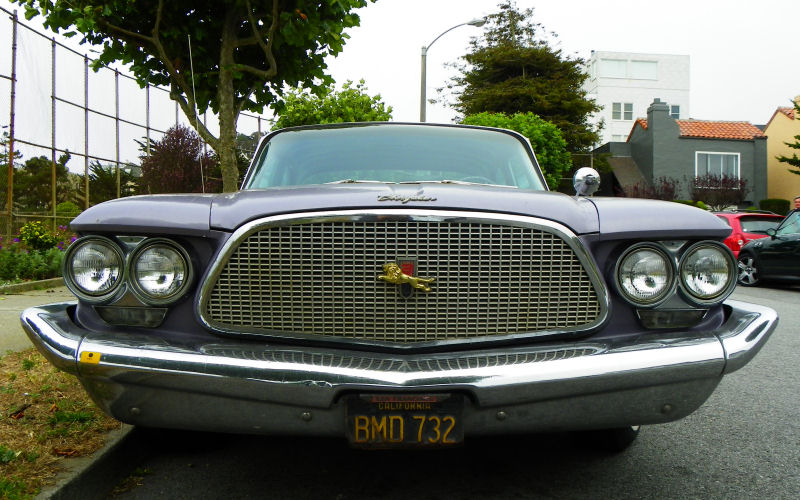 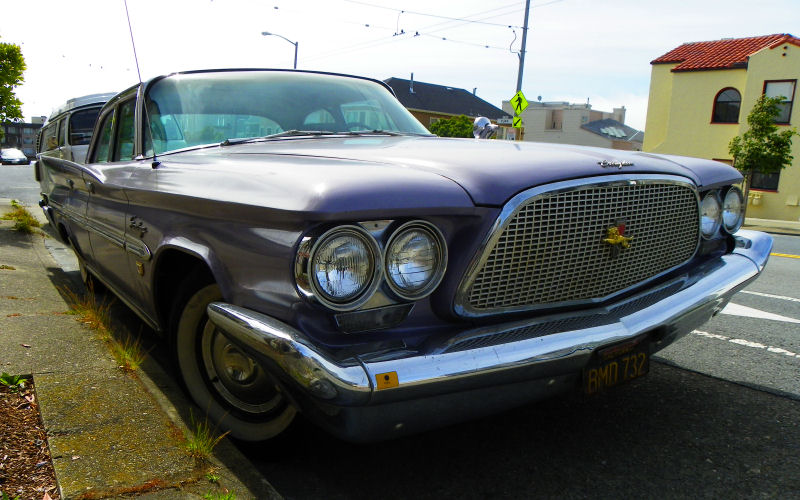 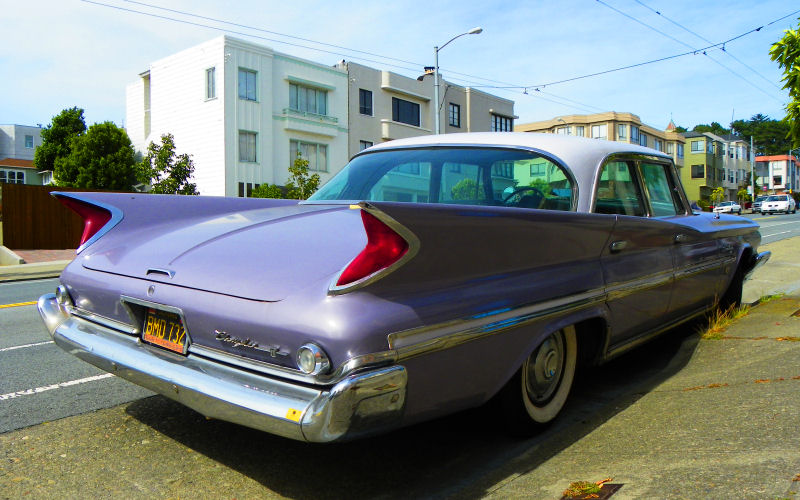 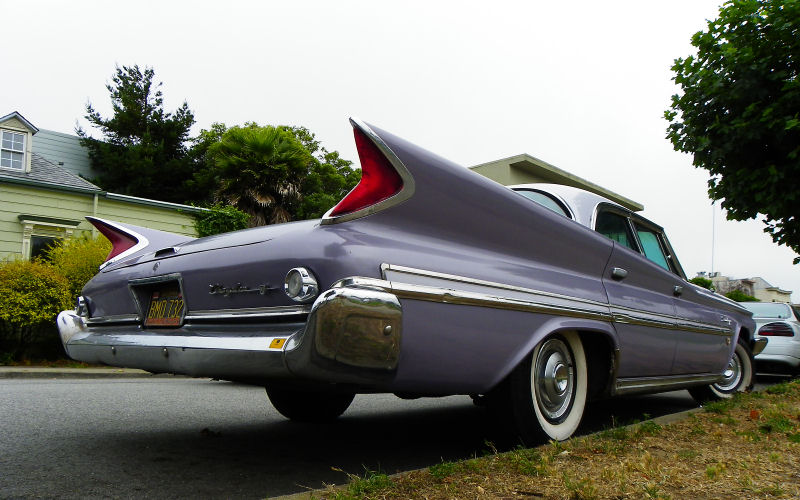 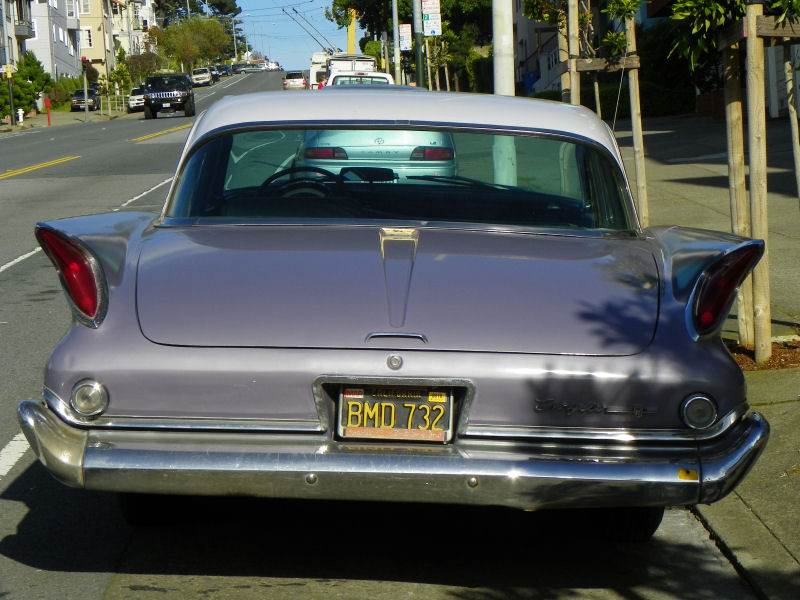 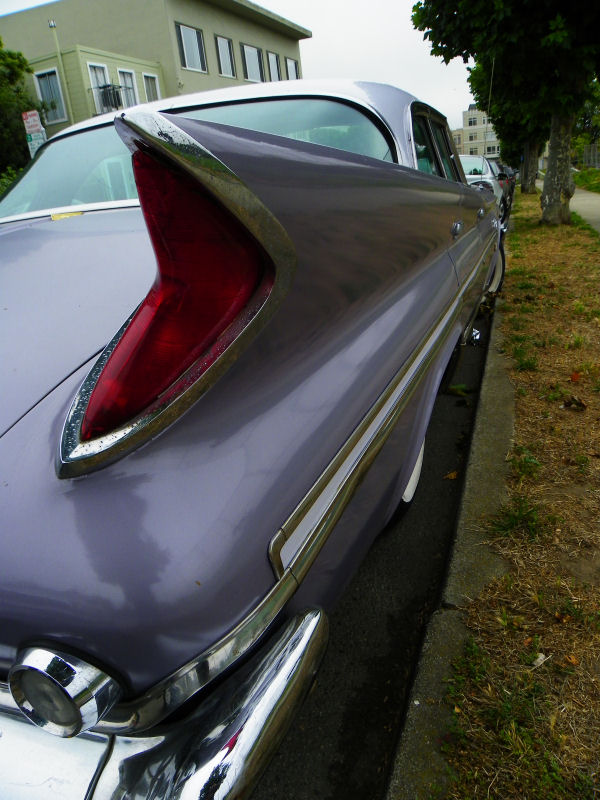 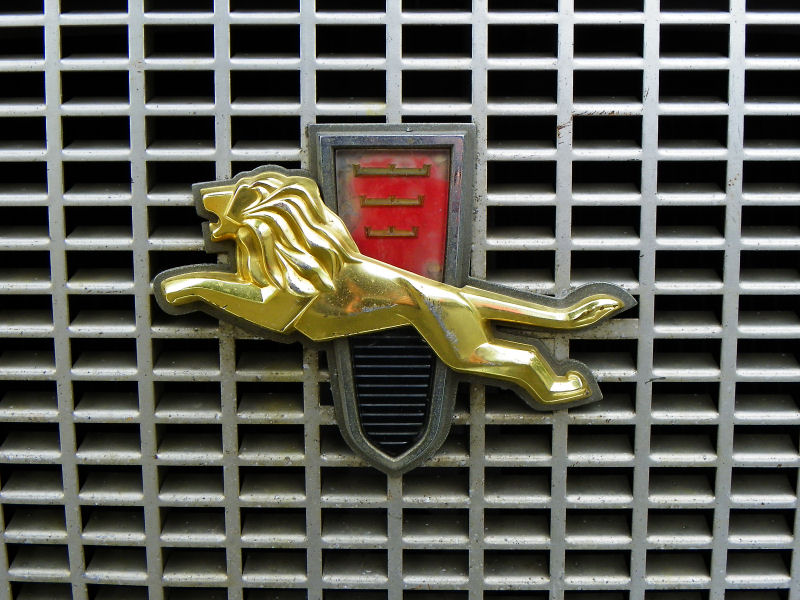 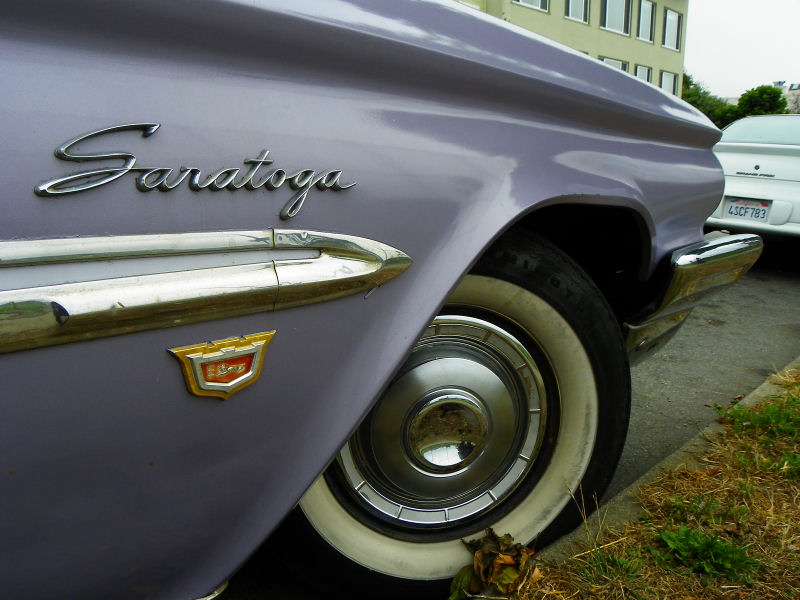 After a Forward Look Dodge and Plymouth, it seems only proper to also have a Chrysler. Unfortunately I don't have a 1959 Chrysler to go with the '59 Dodge and Plymouth but I do have a 1960. This is a Chrysler Saratoga four-door sedan, Chrysler's mid-level model between the base Windsor and the top-line New Yorker. It's a later example of the Forward Look design language, a time when Mopars were starting to forget how pretty they were just a year or two before. This would culminate around 1962, the year Chrysler executives shot the corporation in the foot (and everywhere else) by introducing an all-new lineup across all the brands, so disastrously styled that Virgil Exner himself referred to them as "plucked chickens".
Some folks find the gaping maw of the 1960 models endearing. An acquaintance of mine finds the '60 DeSoto of cartoon vigilantes Sam and Max is a very cool design. I always thought the model year was overdone, personally. The tailfins make up more than half the car's length, yet don't make it all the way to the rear end of the car. With the exception of those fins, the rear end styling is plain and dull. In fact, the fins are about the only part of the car I actually like. Yeah, I'm that picky. From a vantage point down low behind the car, it looks quite dramatic with those big fins reaching up towards the sky. From the front the car looks irritated, like it's shouting at some kid with a Honda to silence his fartcan. I do honestly like the badging on this car. I'm a sucker for awesome script badging and this one has some really cool coat of arms iconography on the emblems. Love the big gold lion on the grille.
The color on this big Chrysler is Iris Poly, known to you and me as lavender. Not the most masculine of colors, but this one wears it fairly well. Condition is better than most of Fifties Guy's cars, at least of the ones that get parked outdoors on a daily basis. The paint looks great from 20 feet; there are scratches and rusted paint chips but overall it doesn't look bad for its age. The chrome needs to be redone or replaced; it's getting badly pitted in places. The wide whitewall tires with original full wheelcovers really set this big boat off nicely.
Interestingly, 1960 was the final year a Chrysler would wear the name Saratoga in the US, but the name would be utilized in other countries on and off until 1995. Chrysler built 15,525 Saratogas in 1960, but I don't know how many sedans were part of that number.
She ain't the prettiest belle at the ball, and she's got a big mouth. But I must admit she's all right from certain angles. Probably a nice highway ride, too, with soft suspension and smooth V8 performance. If you can get past the looks, and keep up the maintenance, I'm sure it's a fine car.
Posted by Jay Wollenweber at 12:02 AM