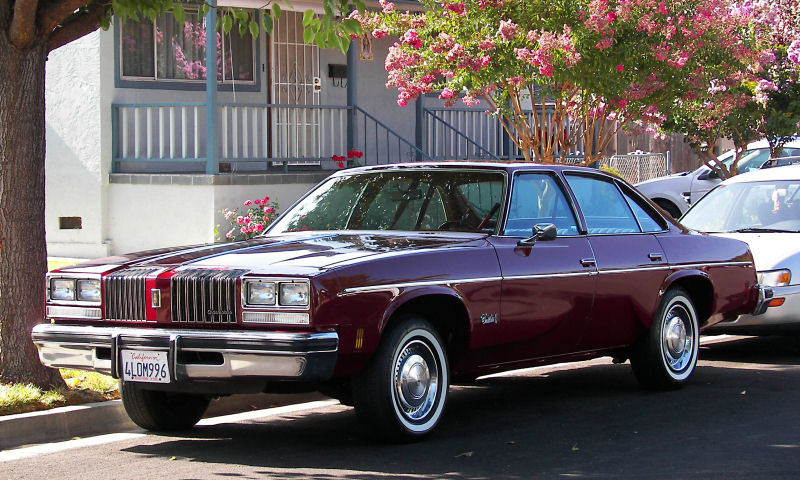 One thing I have to respect is an old family car that's been kept in cherry condition, or shown the love of a proper restoration. And few have gotten a better response from me than this, a very clean
1977 Oldsmobile Cutlass S sedan. 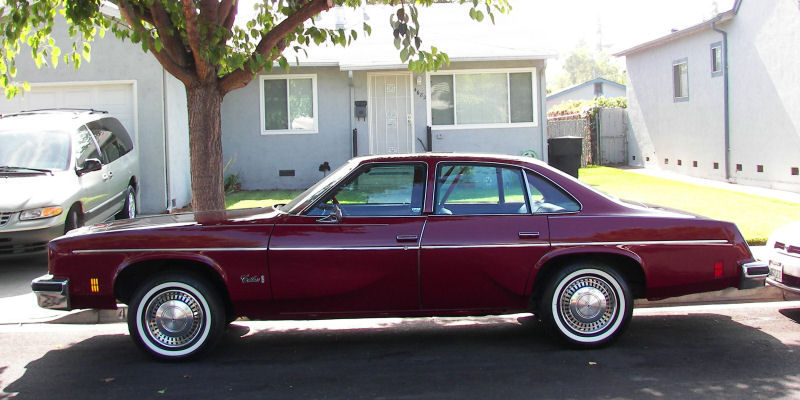 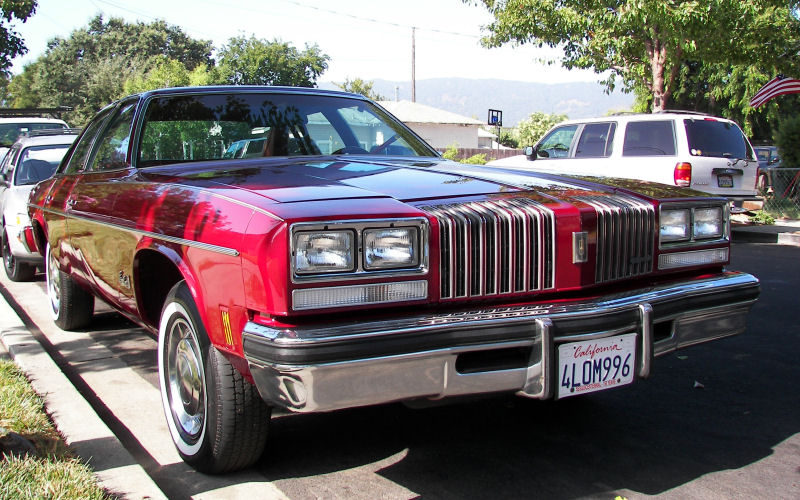 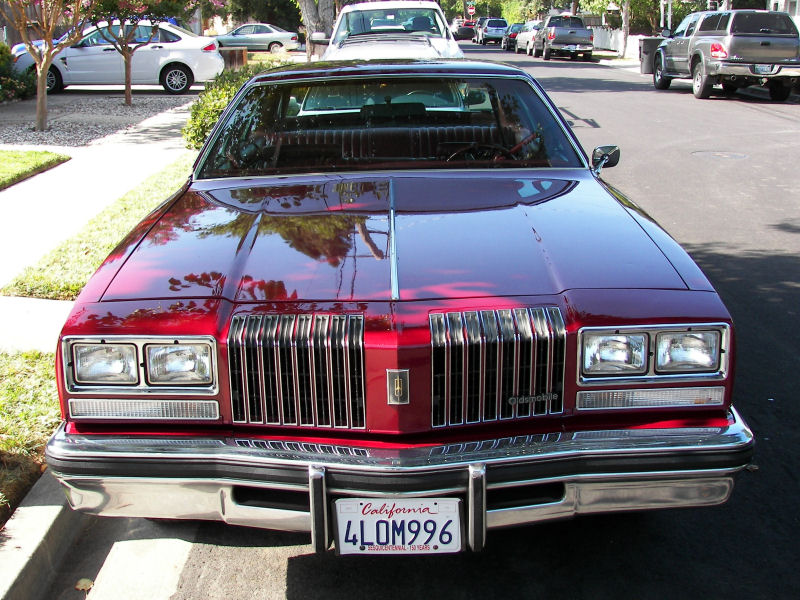 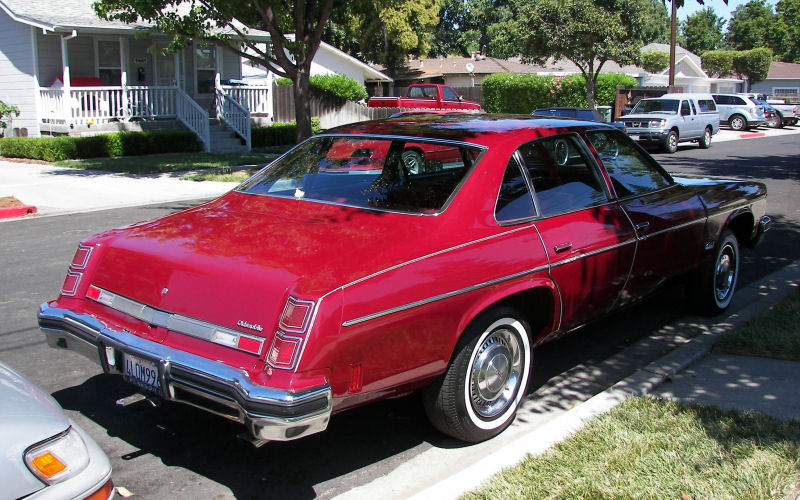 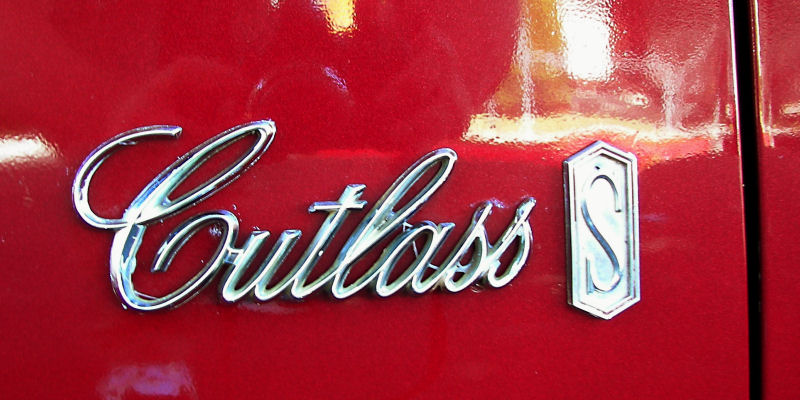 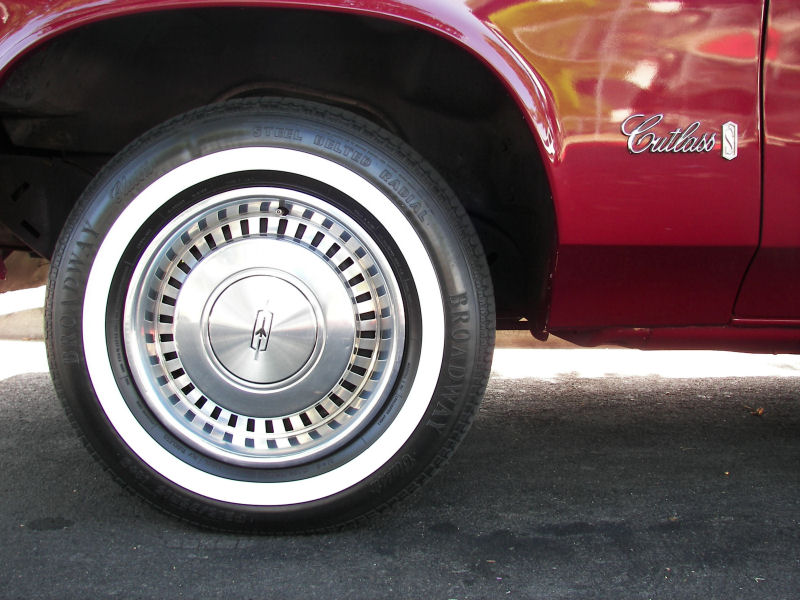 The '77 Cutlass S was about as middle-of-the-road as you could get in its day. It was a huge year for Oldsmobile, with more than a million cars sold, half of them Cutlasses. We're talking over 632,000 Cutlasses, an annual number Toyota's Camry can only dream of. In terms of design the cars were hardly innovative, since a full restyle was due for 1978 and GM saw little reason to spend lots of money refreshing an old model. The main difference was that all '77 Cutlasses except for the 442 received the upright '76 Cutlass Supreme grille and different "Oldsmobile" badging.
Power came from a host of engines, ranging from a Buick 3.8 liter V6 to a 260, 350 or 403 V8. This being the late '70s, the 403 was good for a whopping 185 horsepower.
Condition on this example is fantastic. The body is laser-straight, the paint doesn't look original (and suffers from orange peel) but the car appears almost brand-new from about 5 feet away. The factory wheel covers look fresh shod with Broadway whitewall tires and the trim is perfect. The burgundy vinyl interior looks great with the deep red paint. The whole package comes off looking like a newly restored car.
Now, we all make poor choices every now and then, and the owner made his in the form of a set of large-diameter wire wheels with knock-off hubcaps and Vogue tires. 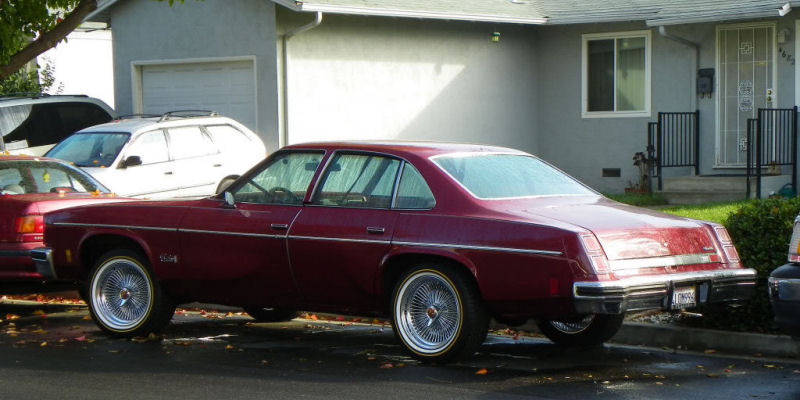 Last time I saw it, though, the car was back on its original wheels, so I'll forgive him for the indiscretion. At least it isn't full of TVs and sitting 3 feet in the air.
Posted by Jay Wollenweber at 10:18 PM