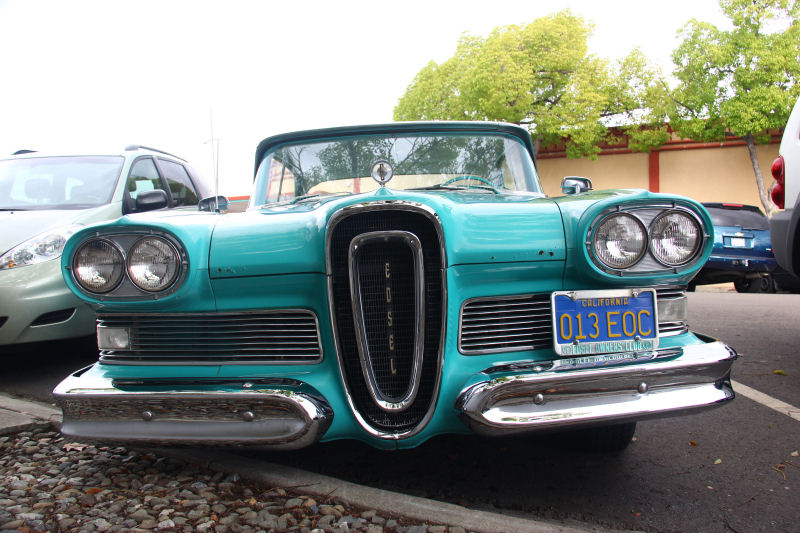 It's my birthday today, and I decided that I would choose my favorite street sighting from the archives. I love Edsels and after several years of shooting and blogging street-parked cars, here we finally see one. The fact that my birthday falls just before April Fools Day, ties in well with the fact that the Edsel was a costly marketing failure for Ford Motor Company. 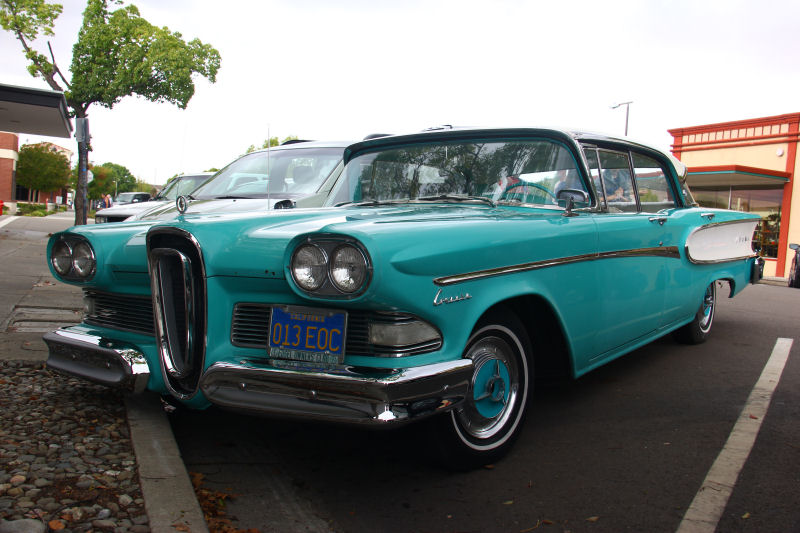 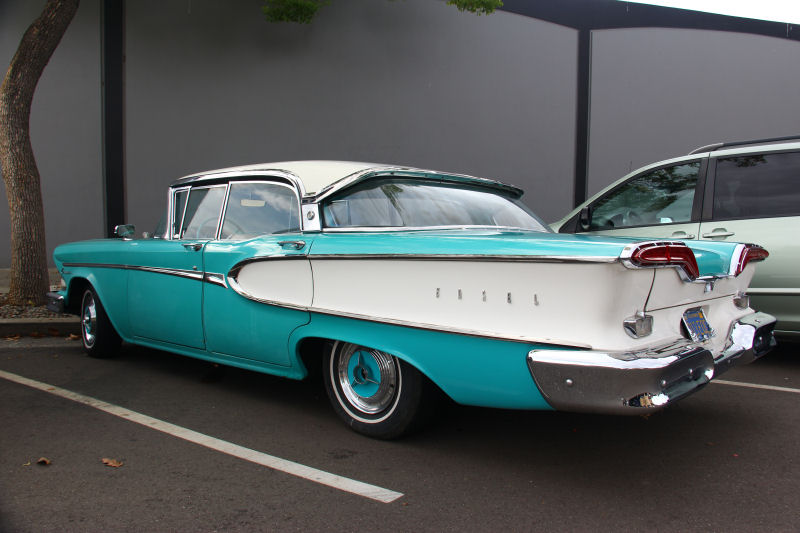 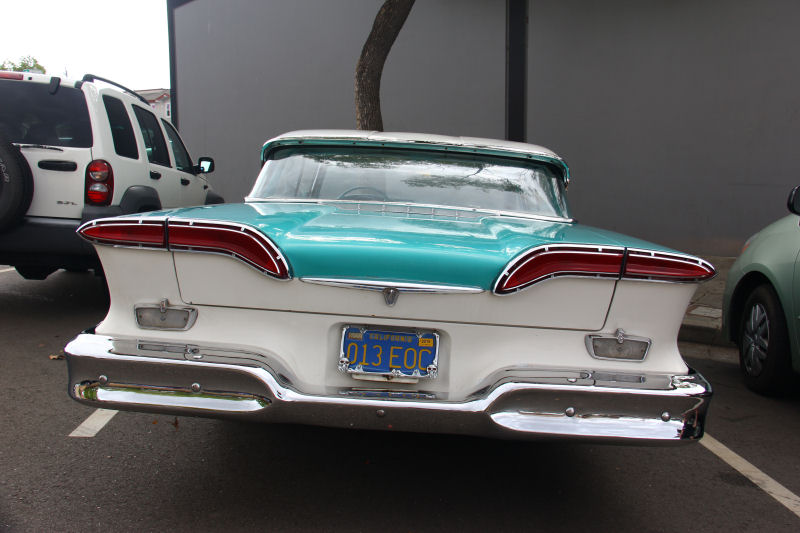 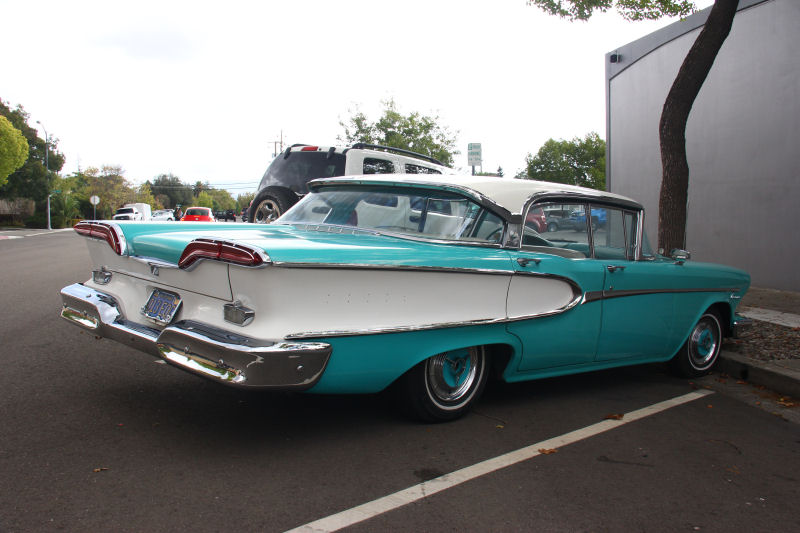 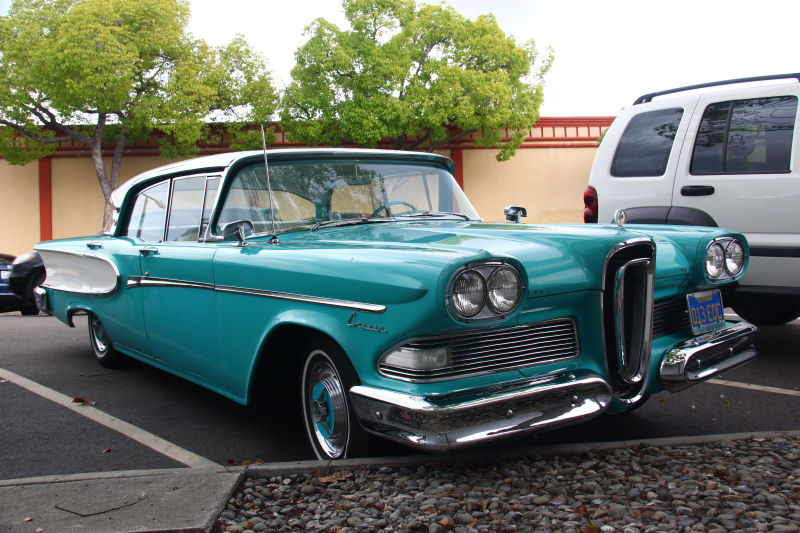 Edsel was supposed to be a mid-priced brand in the Ford hierarchy. The original plan was to make Lincoln more competitive with Cadillac and Chrysler's Imperial brand. In doing so, it would take Lincoln upmarket with more luxurious and higher priced vehicles, and spin off Continental as the top brand. That theoretically left space between Mercury and Lincoln. It was possible at the time to buy a Plymouth, Dodge, DeSoto, Chrysler or Imperial. Five brands. It was also possible to buy a Chevrolet, Pontiac, Oldsmobile, Buick or Cadillac. Again, five brands. So by that logic it made sense to offer a Ford, Mercury, Edsel, Lincoln and Continental. 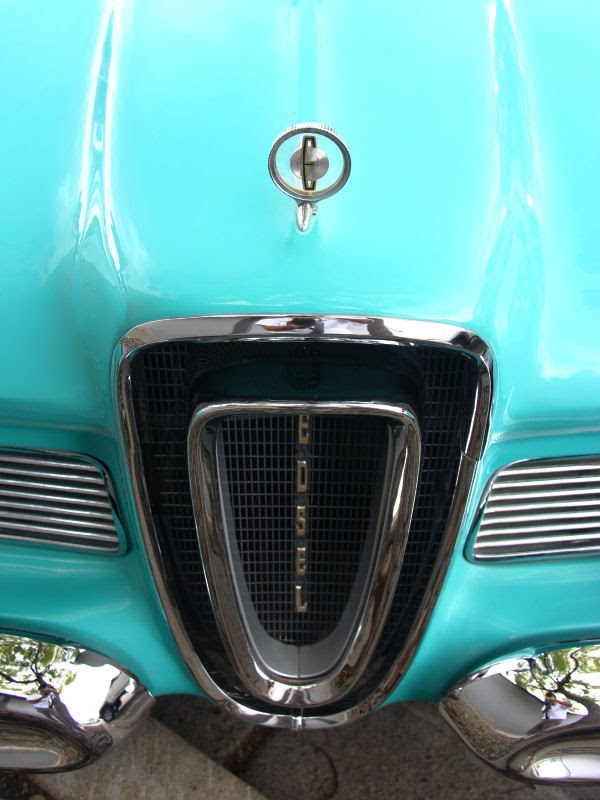 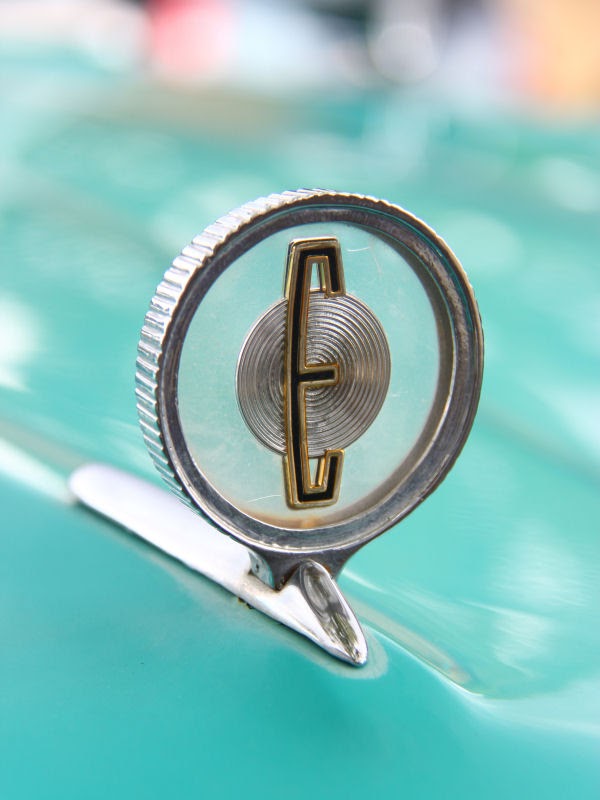 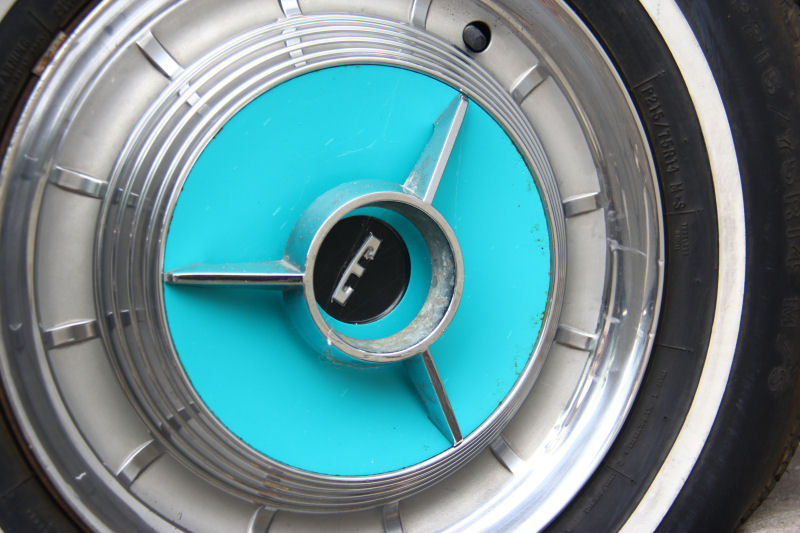 Ford did so much market research that they couldn't possibly lose with the "entirely new kind of car". What they actually built was mostly a conventional Ford with different chrome trim and front and rear fascia, including an oddball horsecollar grille. Two different bodies were offered, a large Mercury-based premium model and a shorter standard model based on a Ford. There were a couple of unique innovations such as a rotating drum speedometer and optional "Teletouch" automatic transmission. Teletouch was a push-button gear selector not unlike Chrysler's PowerFlite, except the buttons were located in the steering wheel hub instead of on the dashboard. This led to some customers accidentally changing gear when trying to honk the horn, a task accomplished with the chrome horn ring on the steering wheel. 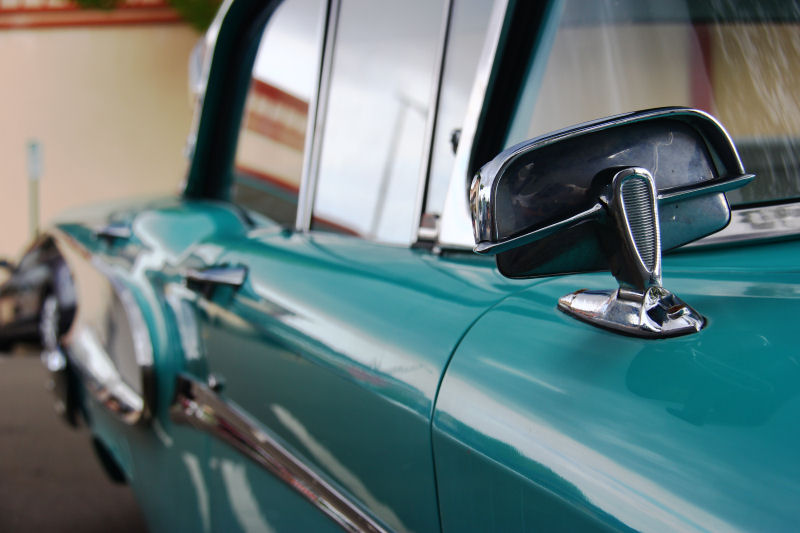 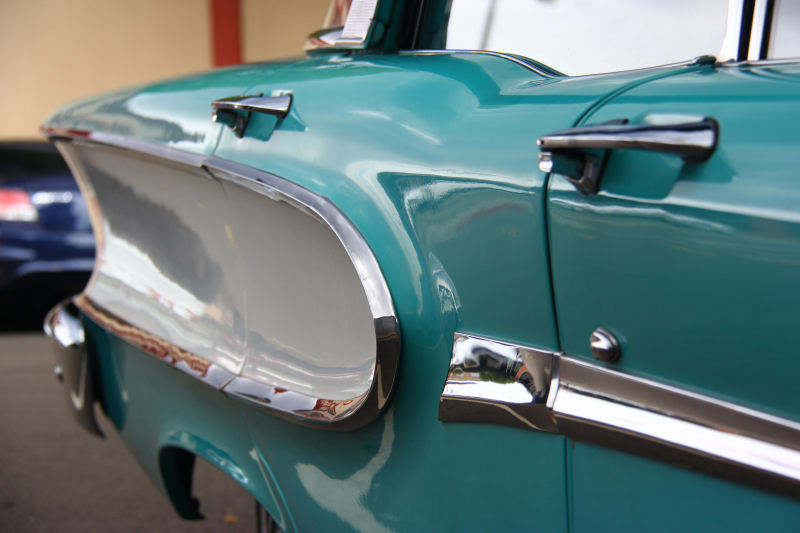 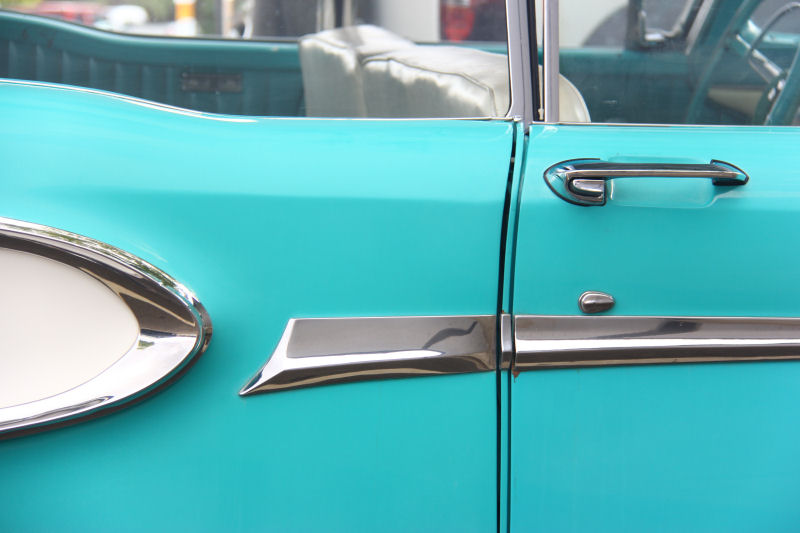 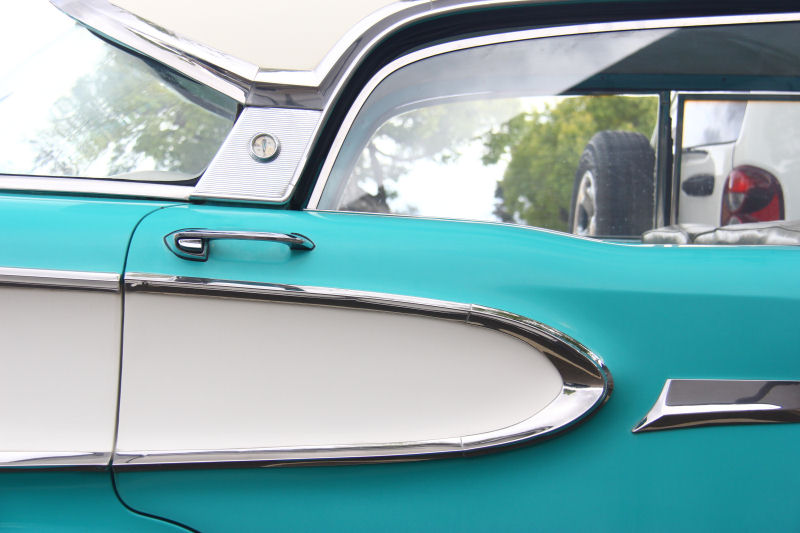 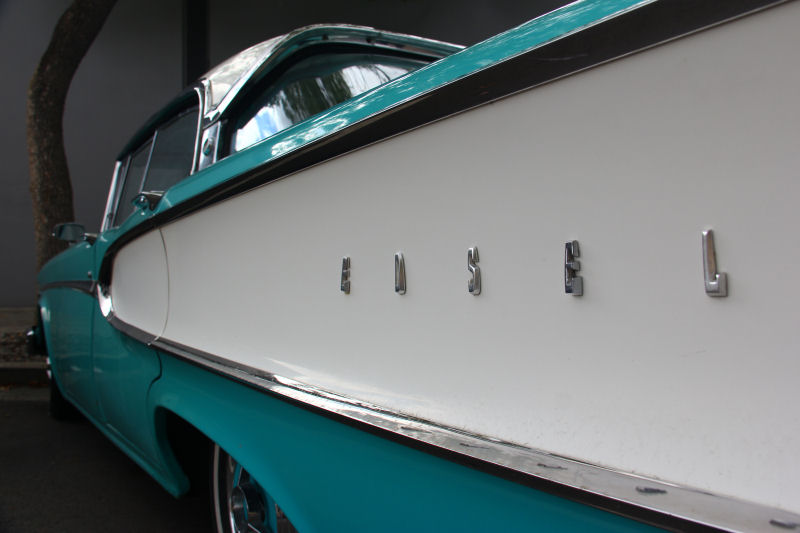 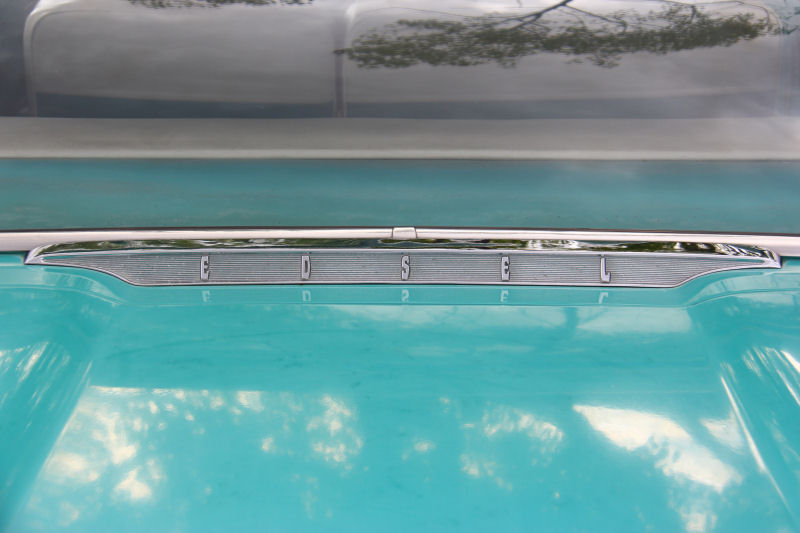 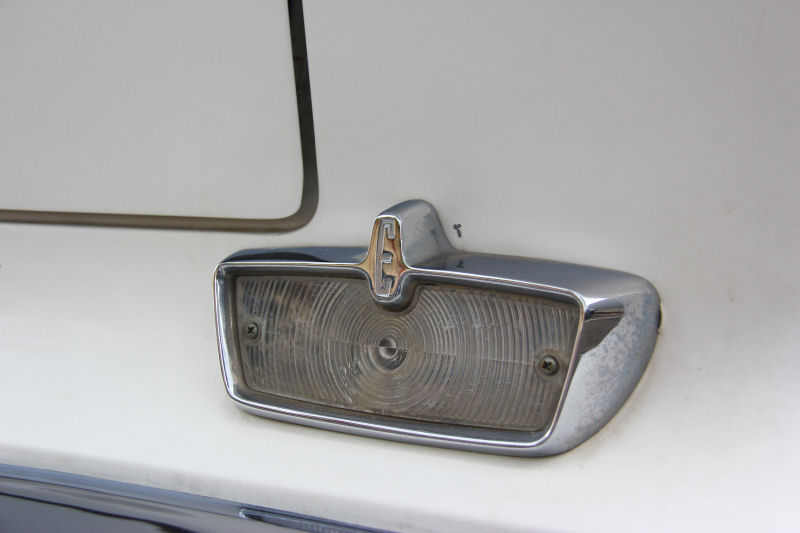 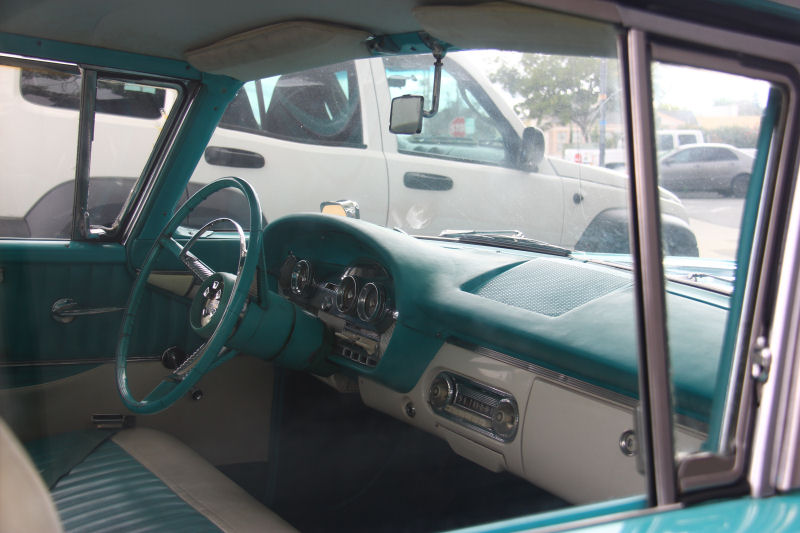 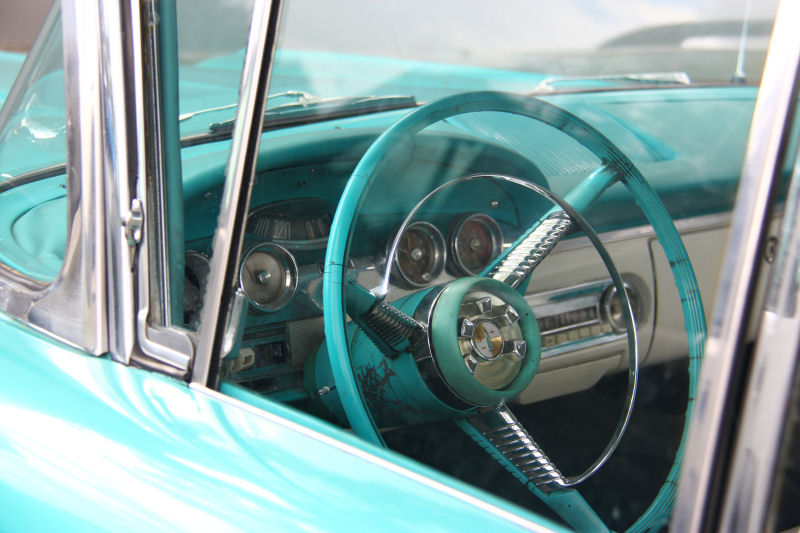 Edsel only lasted three model years and faded away pretty quietly as Ford tried to salvage what it could and move on. A compact Edsel prototype evolved into the 1960 Mercury Comet, while the full-sized cars lost their horsecollar grille in the final year. Then Edsel was gone, but was certainly never forgotten. 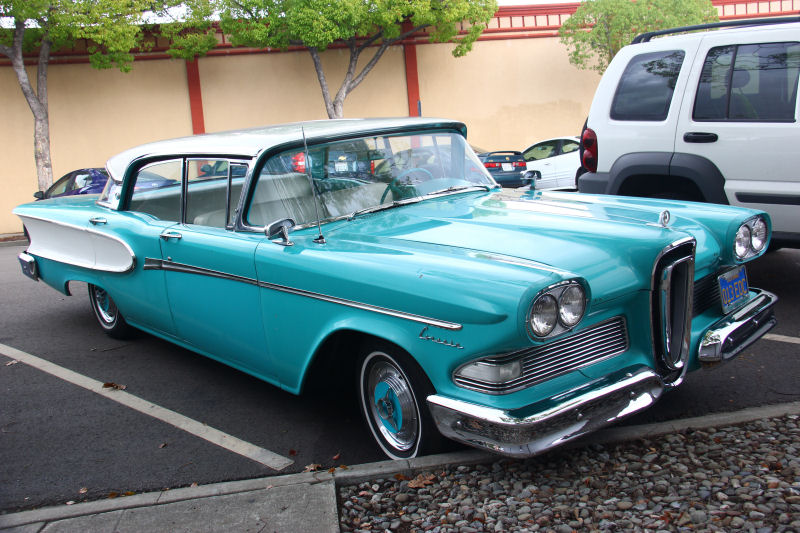 I adore these cars. This one appeared near the Livermore Nostalgia Day car show in September 2014, but I believe it to be local to the area. I tried for years to track down a couple of '59 Edsels that live in San Francisco, but to no avail. This '58 Corsair four-door hardtop, painted in the perfect hue of turquoise over white, is certainly a fine substitute. There's a bit of rust and some wear in the interior, but it looks like a very solid survivor. If I can only feature one Edsel on this blog, I'd be happy with this one.

That doesn't mean I'll stop looking for more, though...

Photographed September 2014
Posted by Jay Wollenweber at 12:00 AM