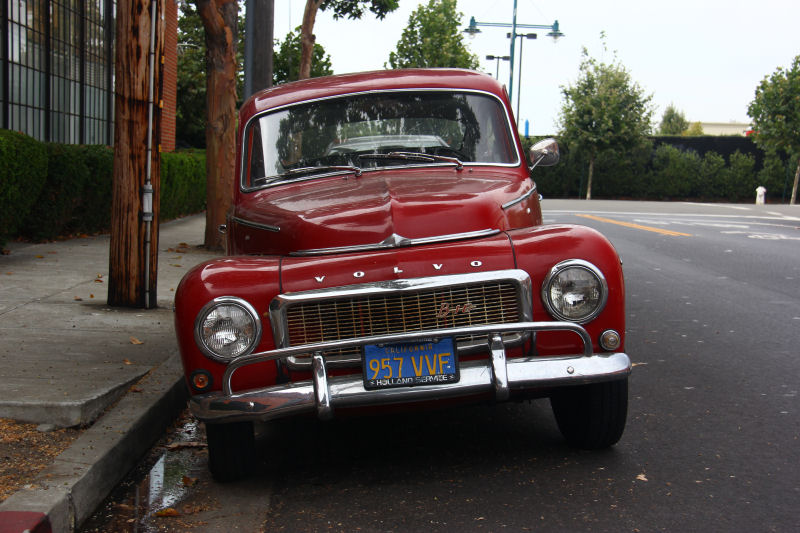 Tucked away on a quiet corner of a quiet street in Emeryville, California is an unassuming brick building with a simple script sign above its door that says "Fantasy Junction". It lives up to its name. Inside are dozens of classic sports cars worthy of anyone's dream garage, and all for sale. And outside... well, usually there's nothing special outside. But on one of my visits there with a friend who had never been, we encountered this cherry red Volvo PV 544 parked across the street. 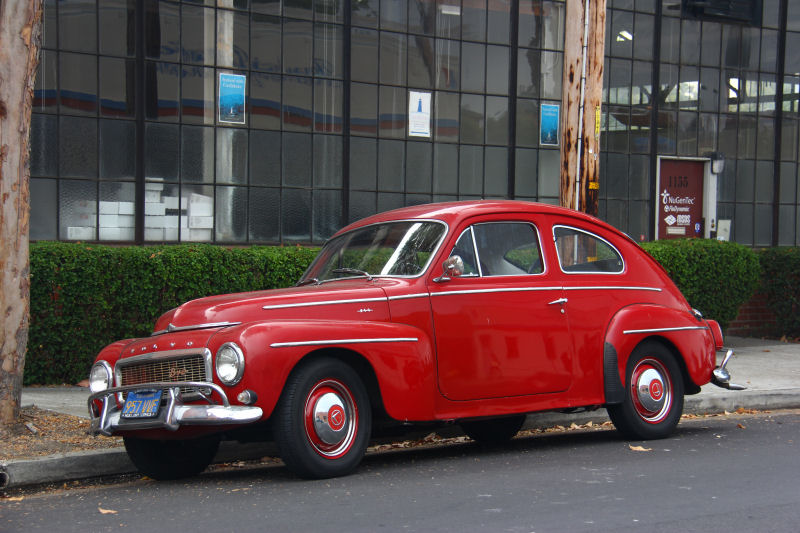 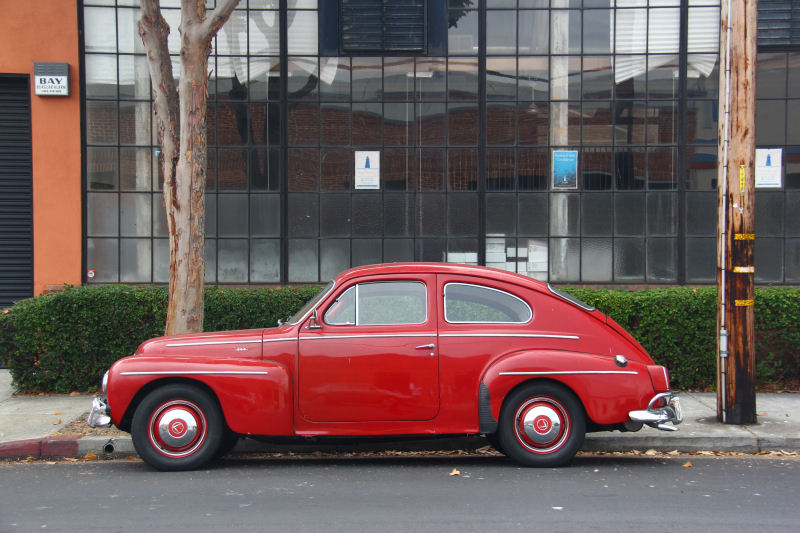 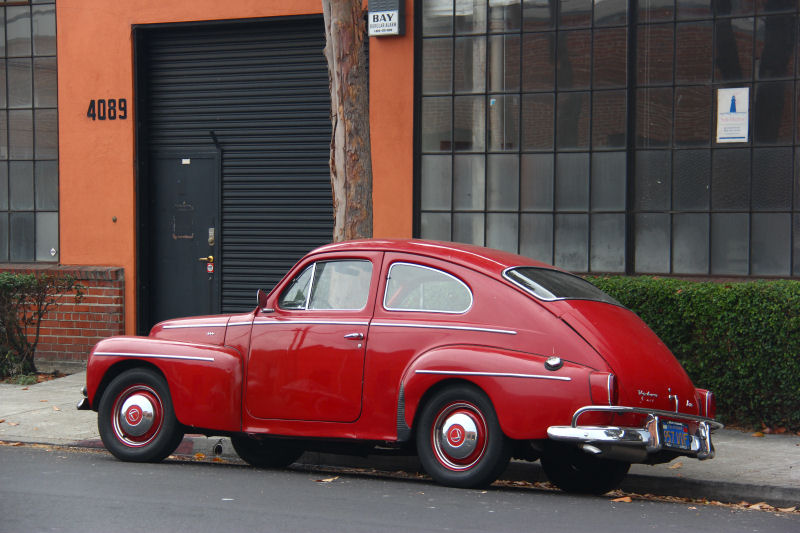 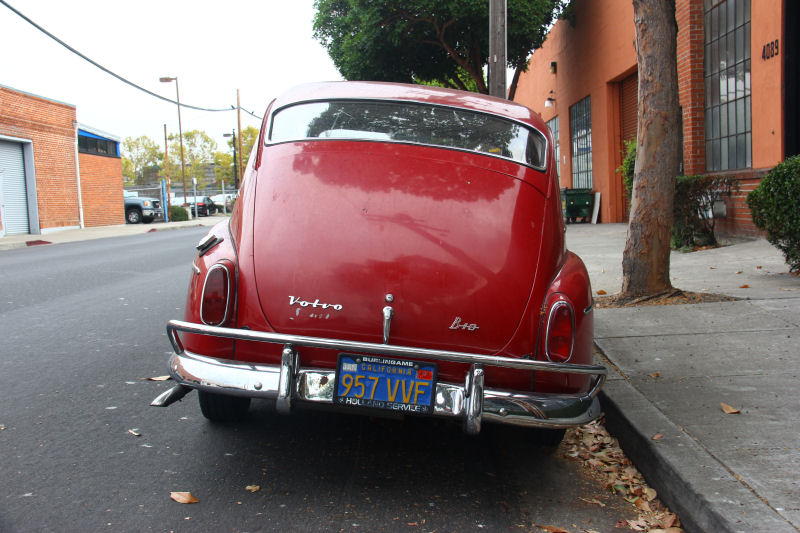 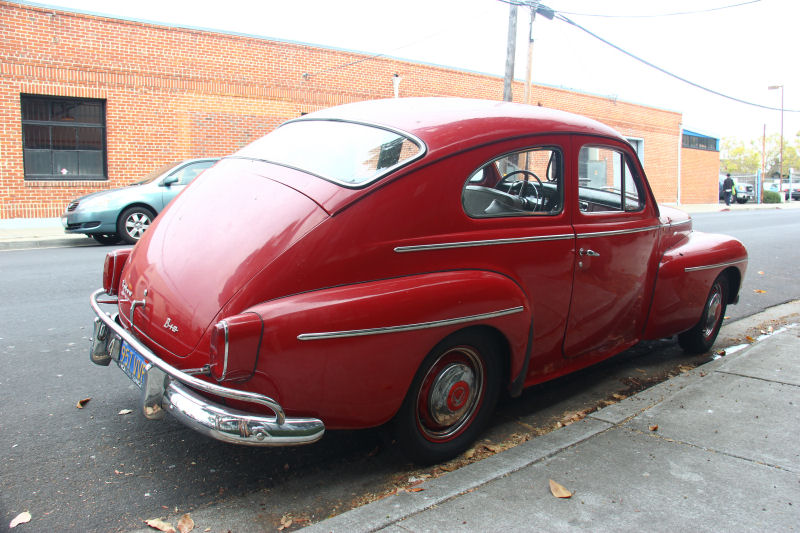 Volvo developed the PV 444 prototype during World War II as the company's first unit-body model. The car went on sale in 1944 and was mass produced from 1947 to 1958. It was the first Volvo officially sold in the United States, introduced here in 1956 and replaced in '58 by the 544. That car was an evolution of the 444 and maintained its classic postwar styling, but with a modern curved windshield, different taillights and grille, new speedometer and new transmission. Later 544s had Volvo's B18 four-cylinder engine, popularly equipped with dual carburetors in U.S. models. 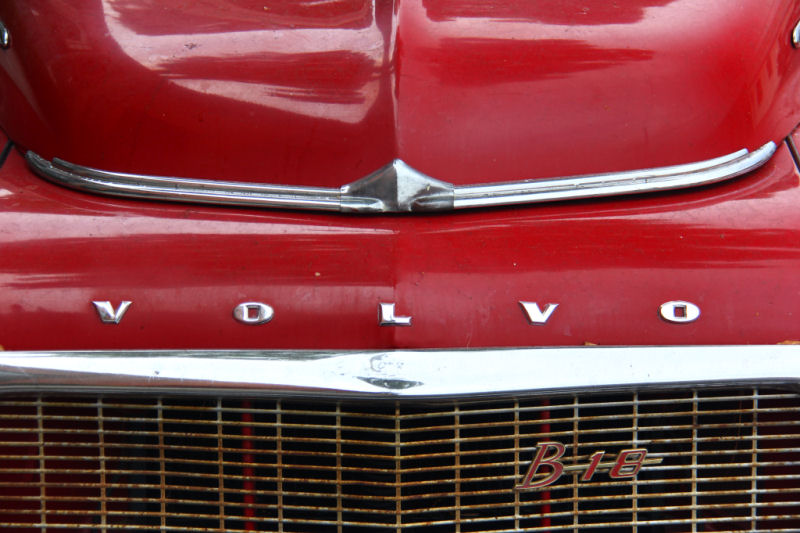 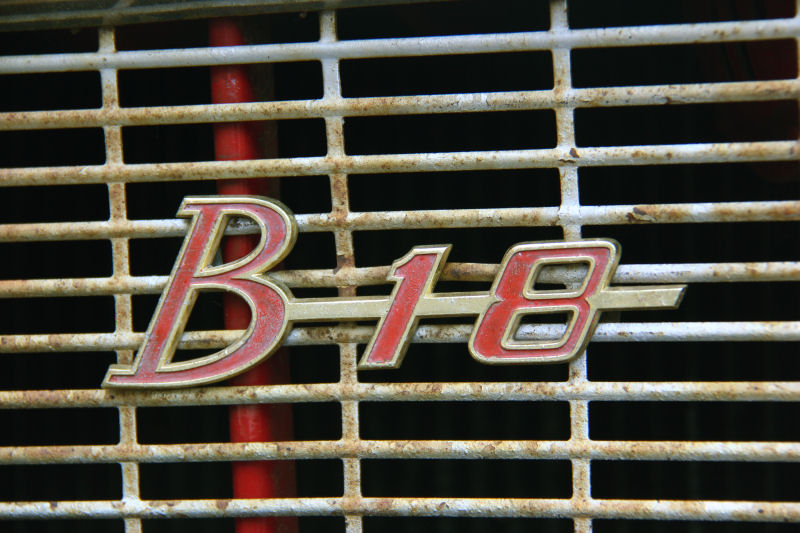 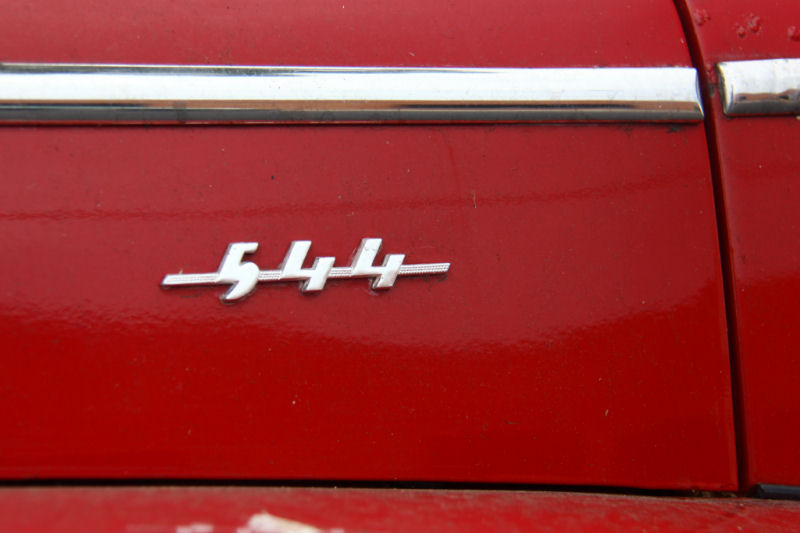 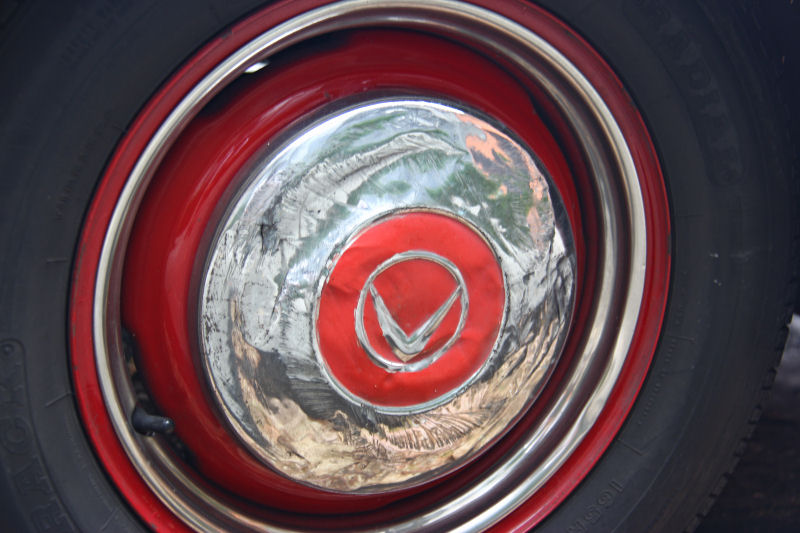 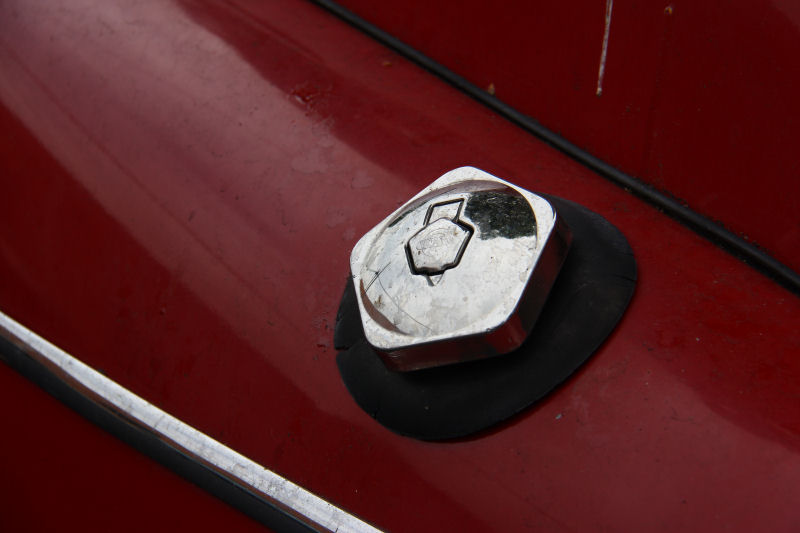 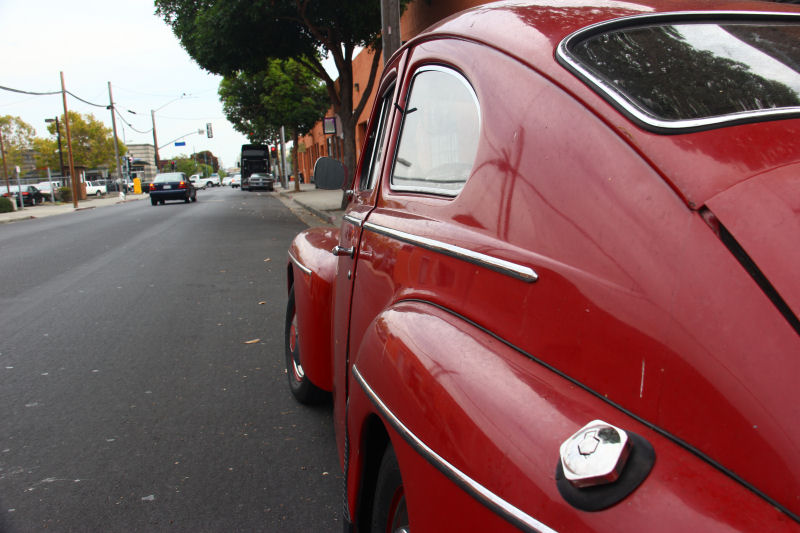 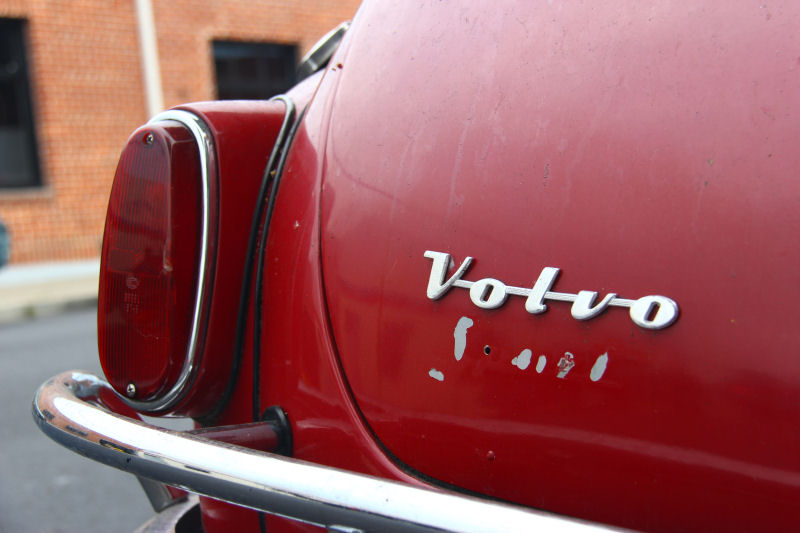 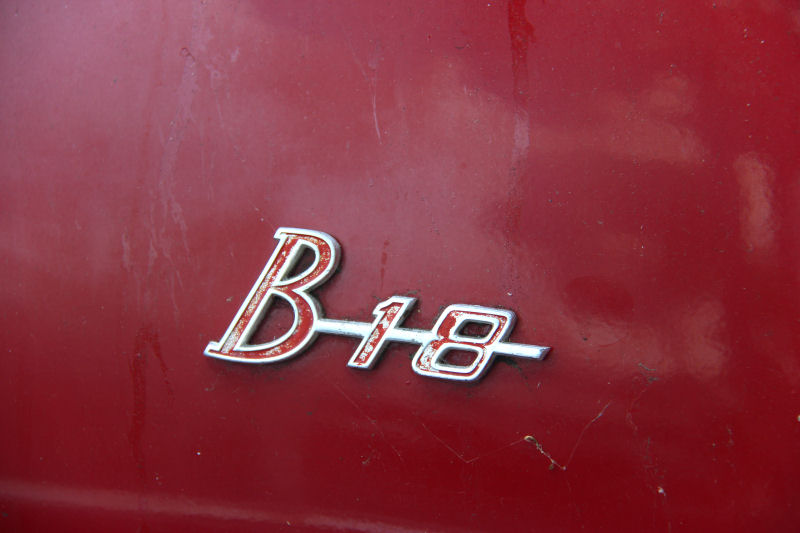 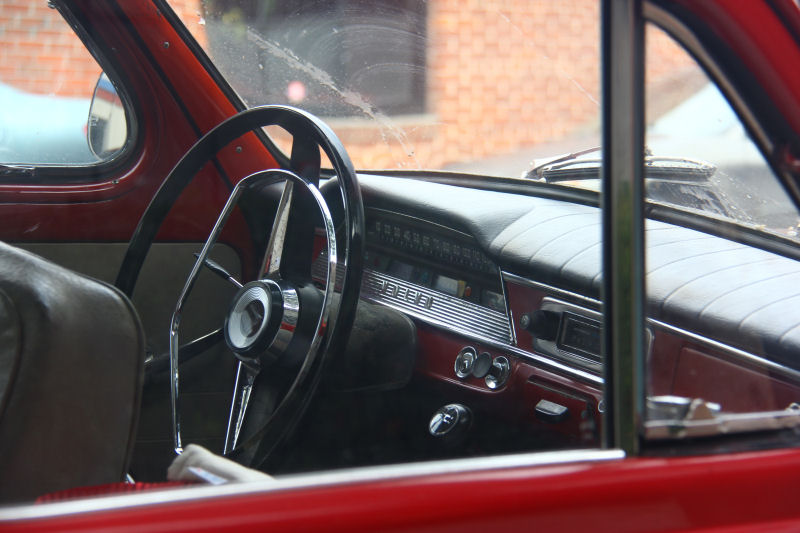 This one is a 544 Sport, Volvo's marketing name for the more luxurious and powerful model. Unfortunately the Sport badge is missing from the trunk. I believe it to be a 1963 model because '64s got new wheels and hubcaps. I like the bright trim rings that are included on the body-colored wheels, and the little wraparound over-riders on the bumpers. This is a classy little economy car!