I've been a big fan of the 1967-'72 GM pickups since I convinced my dad to purchase a '71 GMC stepside when I was a kid. Most of them around here are either restored customs or tired work trucks now, so a clean stock truck is a great find. This one is a 1972 Chevy C-20 3/4 ton Custom Camper fleetside longbed, and I really like it. 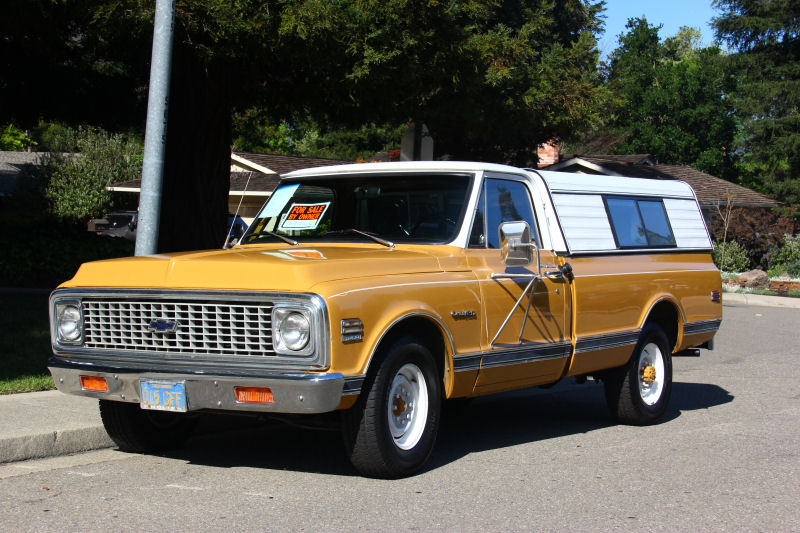 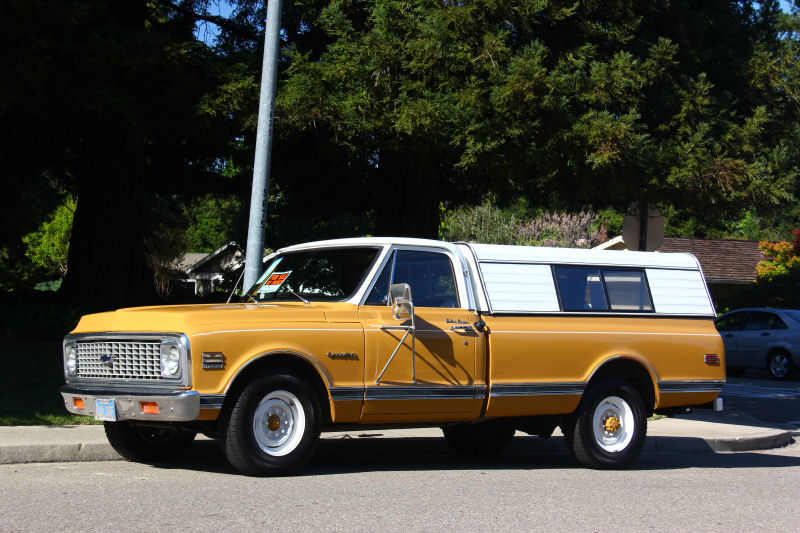 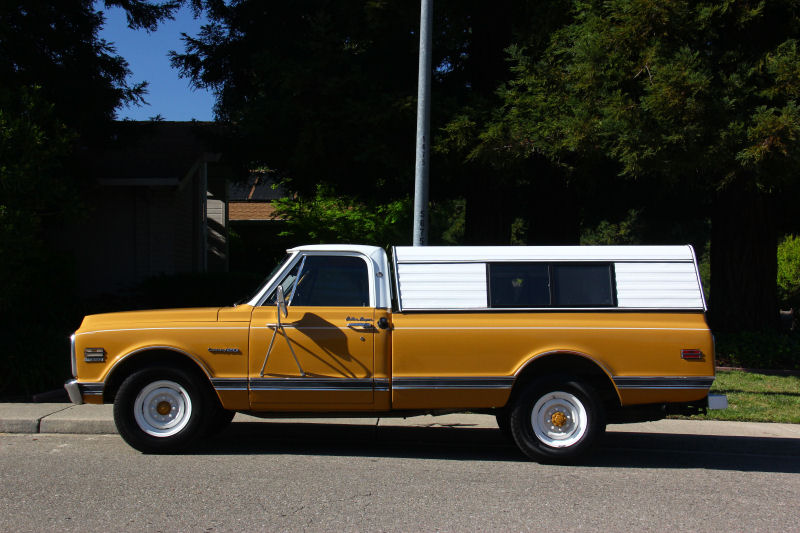 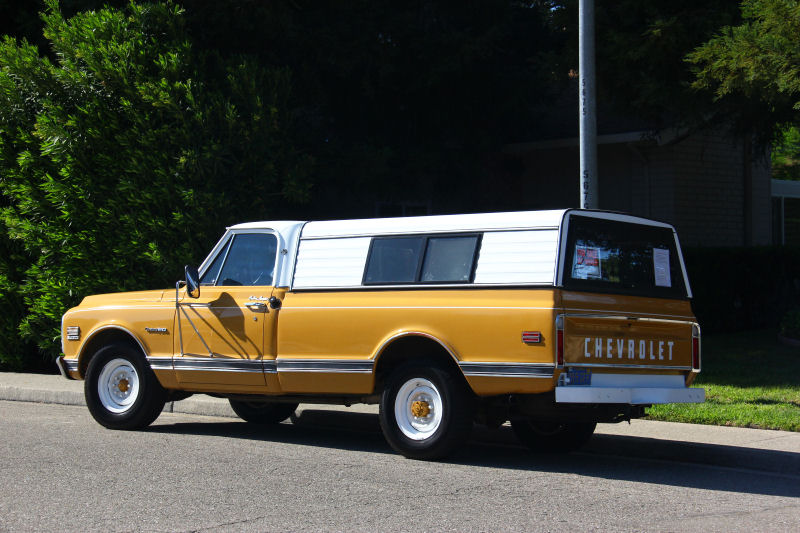 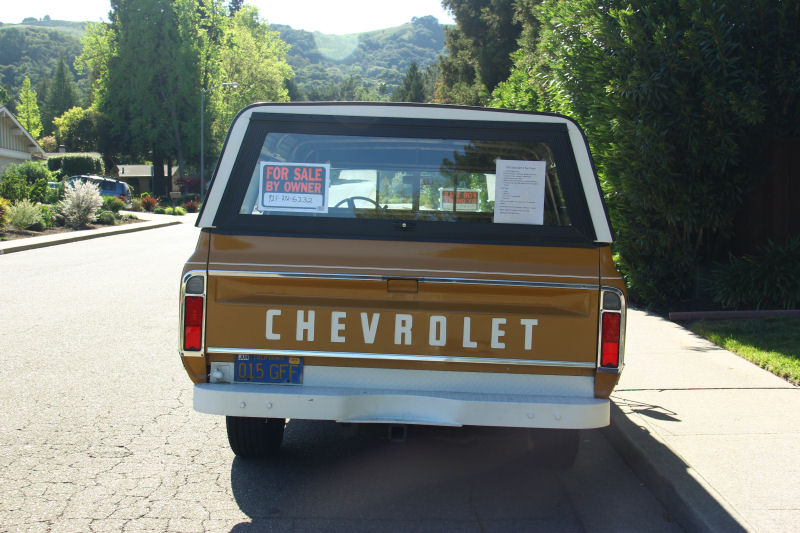 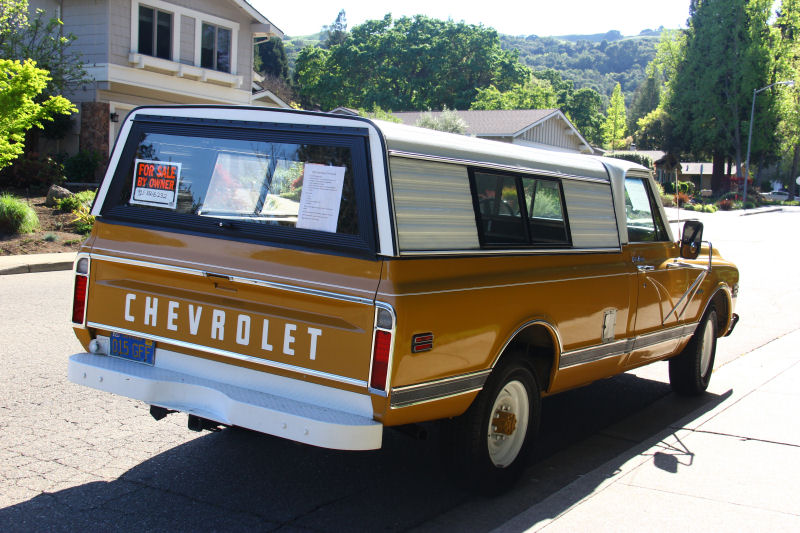 Looking at this truck up close, I'm a little bit saddened that the cool butterscotch and white paint isn't original. It may be the original color combination but there is ample evidence of a repaint. I have nothing against repainting a vehicle that needs it, I just wish that it involved less masking and more disassembly. It all costs money, though. On the other hand, the owner did an excellent job of keeping the body straight and solid over the years. The camper shell is a period piece, but a recent addition according to the for sale sheet affixed to the rear window. The truck is an original 350 V8 and automatic-equipped vehicle. The 1972 Chevy truck brochure recommended at least the 350 V8 for C-20 Custom Campers as an extra-cost option.
One of the cool things about this pickup is it's been in California since it was built. It is a Z-code truck built in Fremont at the factory that later was converted into NUMMI (New United Motors), a GM-Toyota joint venture. The factory today is owned by Tesla Motors and builds their Model S. The license plate frame on this truck indicates it was sold through F.H. Dailey Chevrolet in Oakland (now located in San Leandro) so I'm guessing it's been in the Bay Area its entire life. 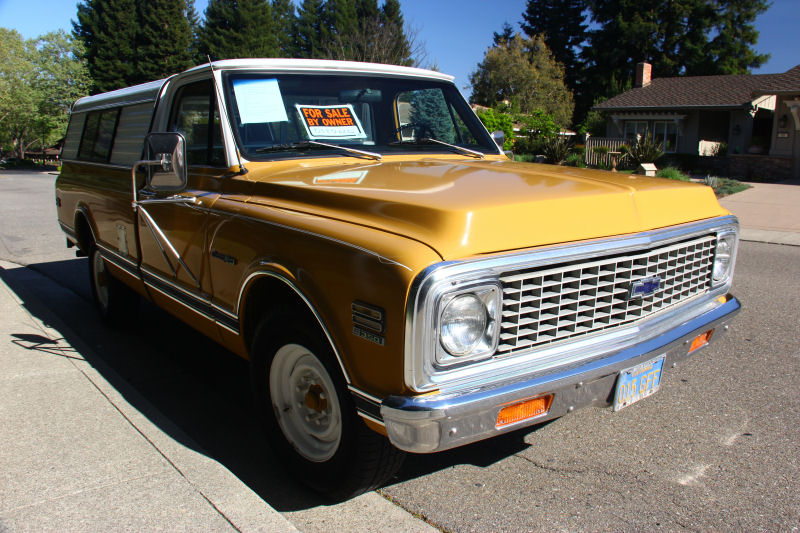 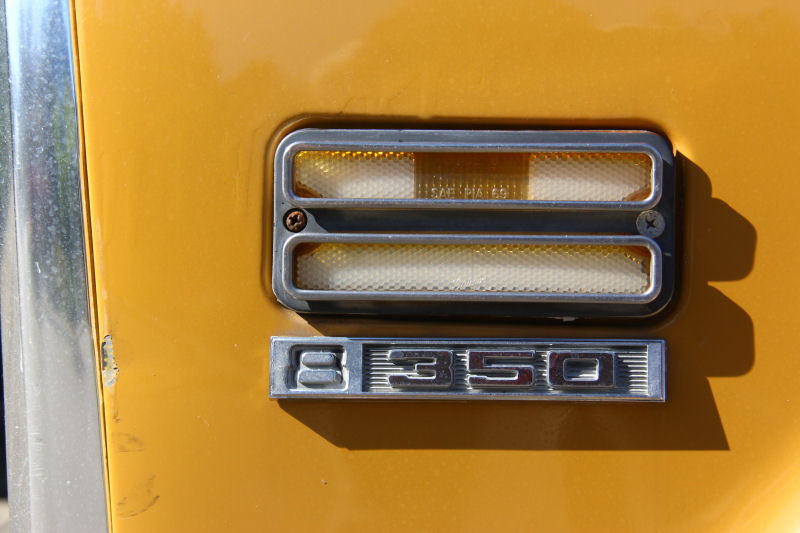 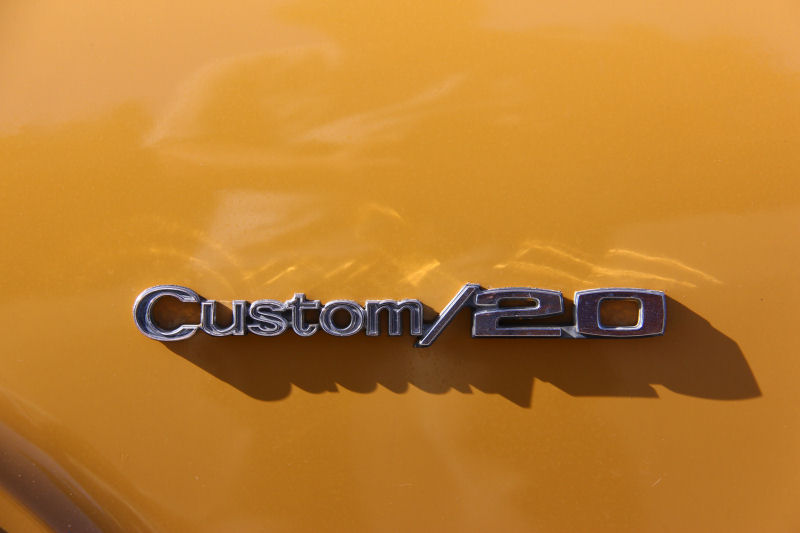 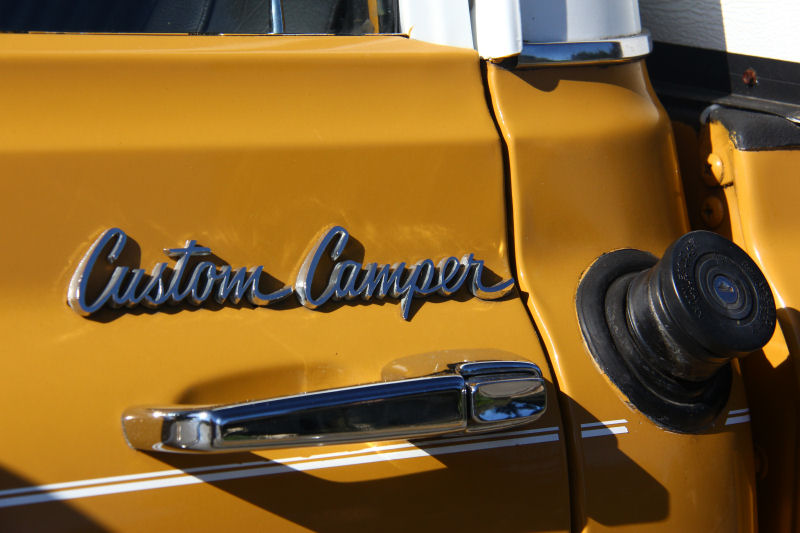 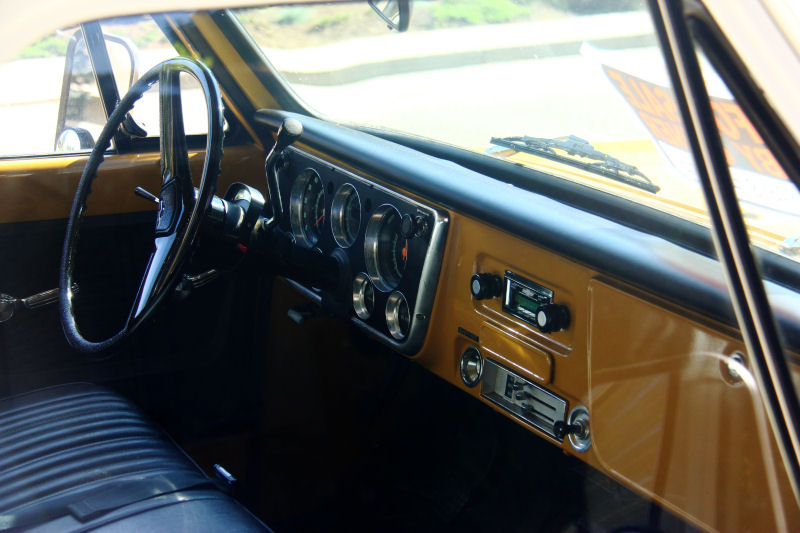 I hope that this truck found a good home. The owner needed to sell for health reasons, which is understandable. My father's truck was obtained from an elderly man who was unable to drive it anymore. No one likes having to part with their baby, but there is some comfort sometimes in knowing that the next owner will take care of it.

Photographed April 2015
Posted by Jay Wollenweber at 12:00 AM