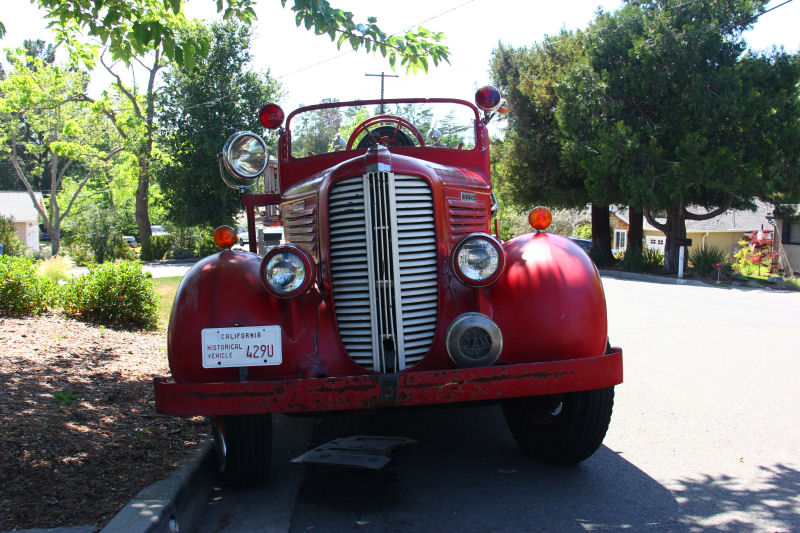 May 4th is International Firefighters Day. I felt this was a good time to feature this classic Dodge fire truck in honor of the day and the men and women who serve. 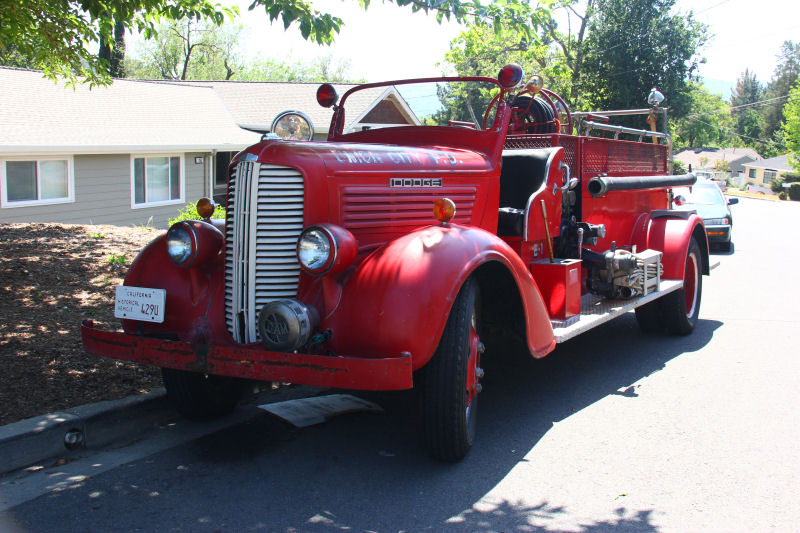 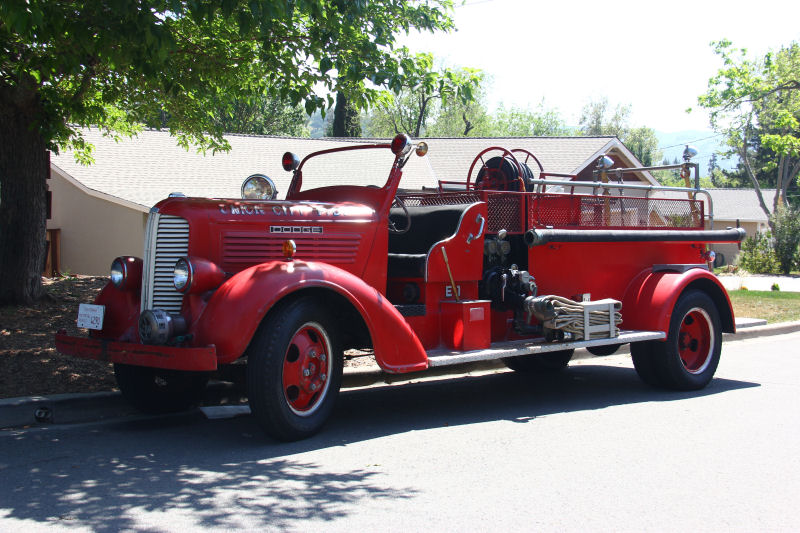 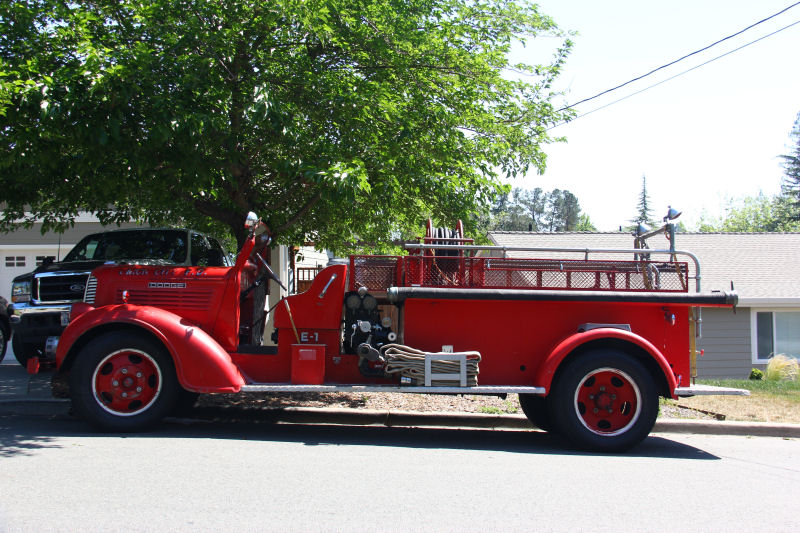 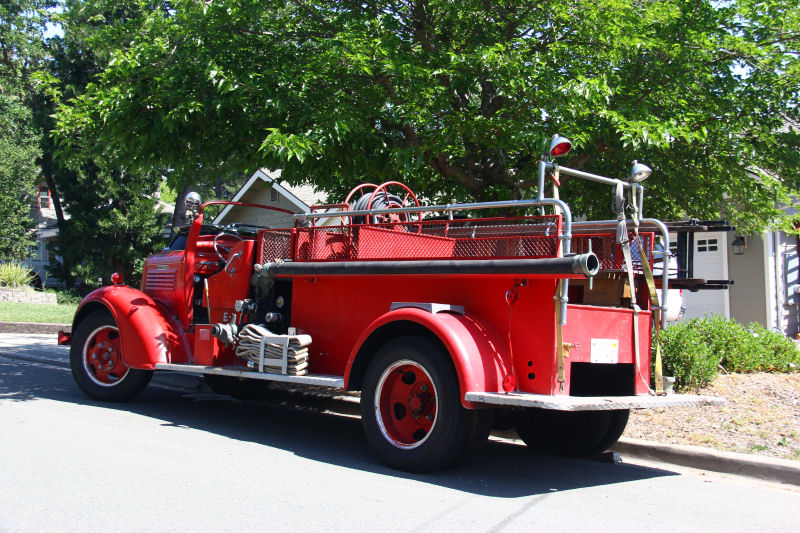 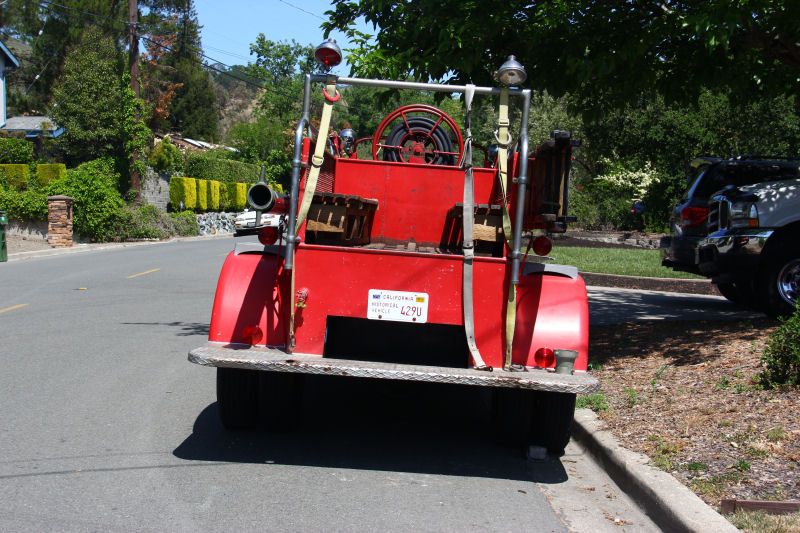 Vintage fire trucks don't pop up very often on the street, and for good reason. Once a piece of heavy machinery like this outlives its usefulness as firefighting apparatus, what do you do with it? The obvious answer is to put it in storage and use it for local parades once or twice a year. This one has seen duty in Danville's Fourth of July parade at least twice that I've seen, rolling slowly down Hartz Avenue with the wooden benches filled with happy flag-wavers. Last year it appeared on a residential street where I encountered it while driving my delivery route. I went back after work to photograph the cool old truck and the result is what you see here. 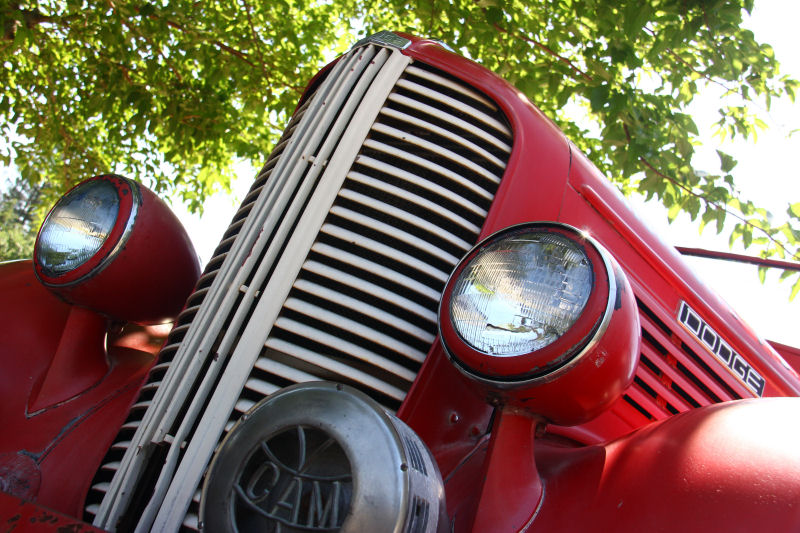 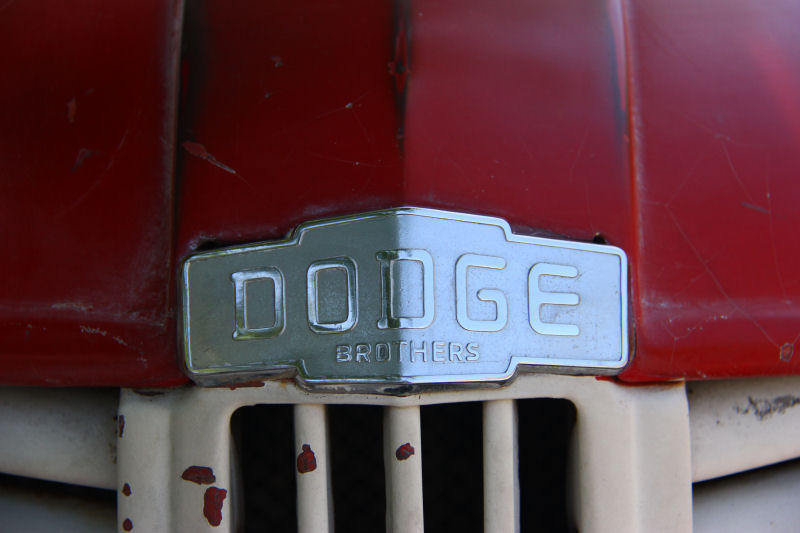 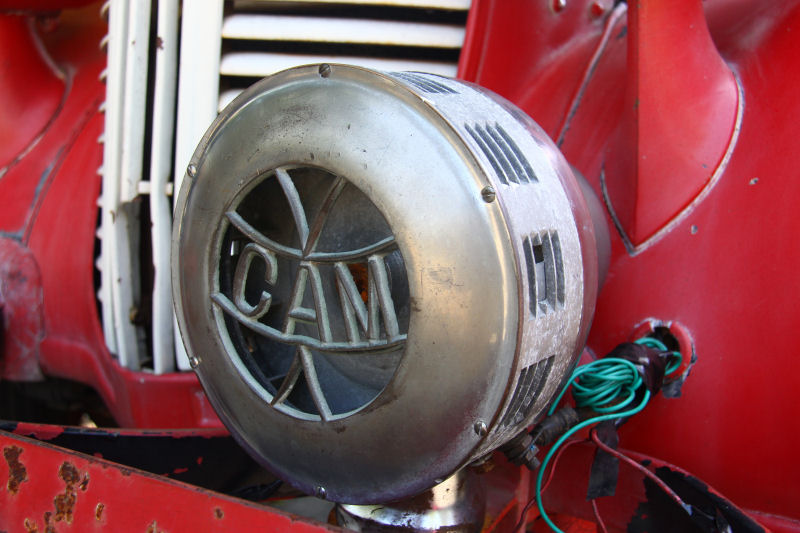 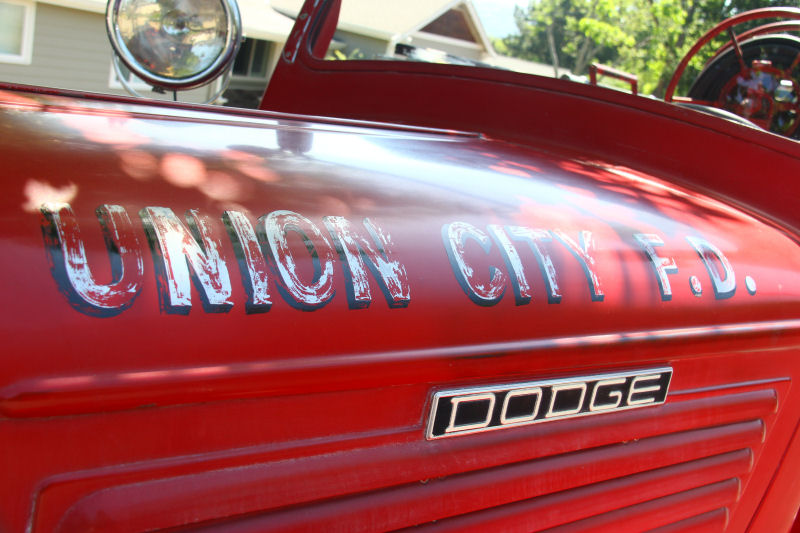 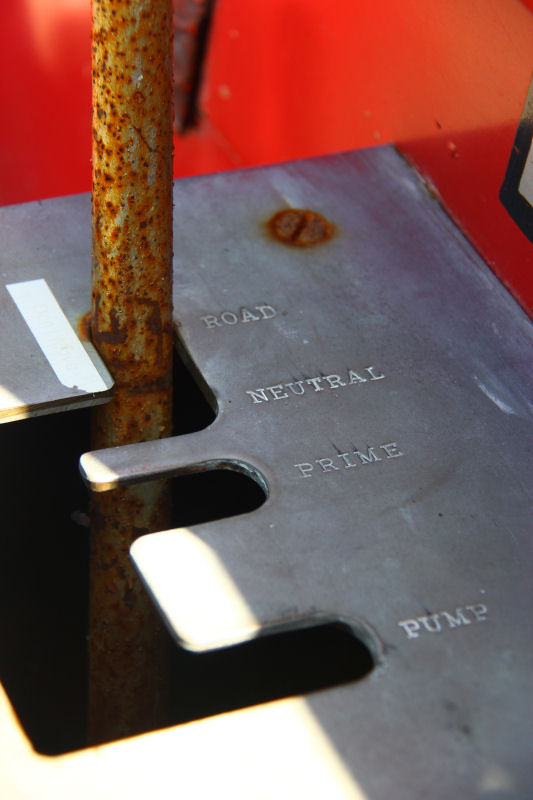 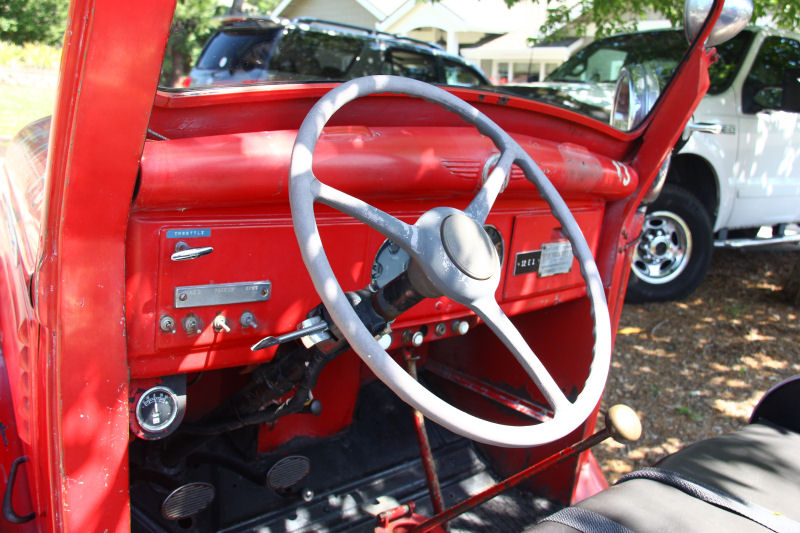 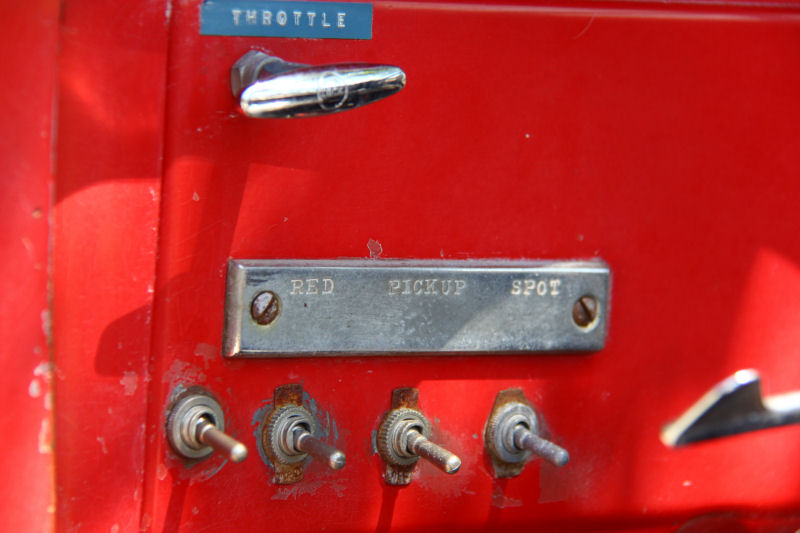 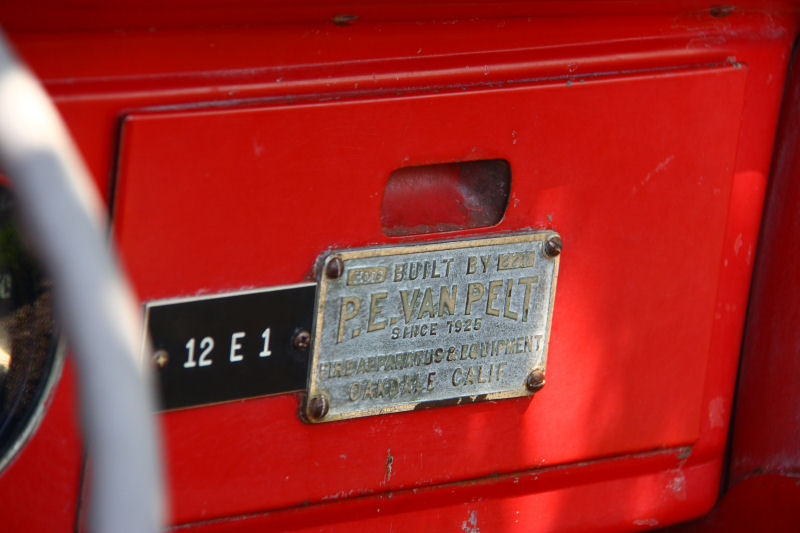 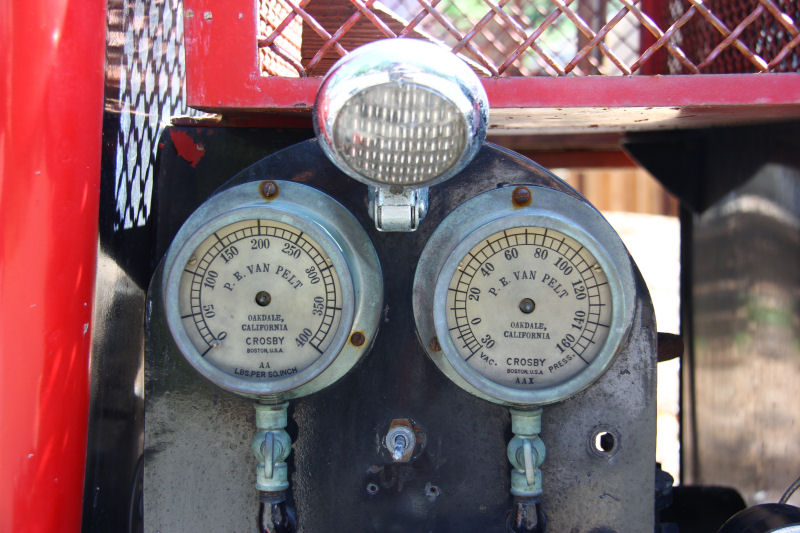 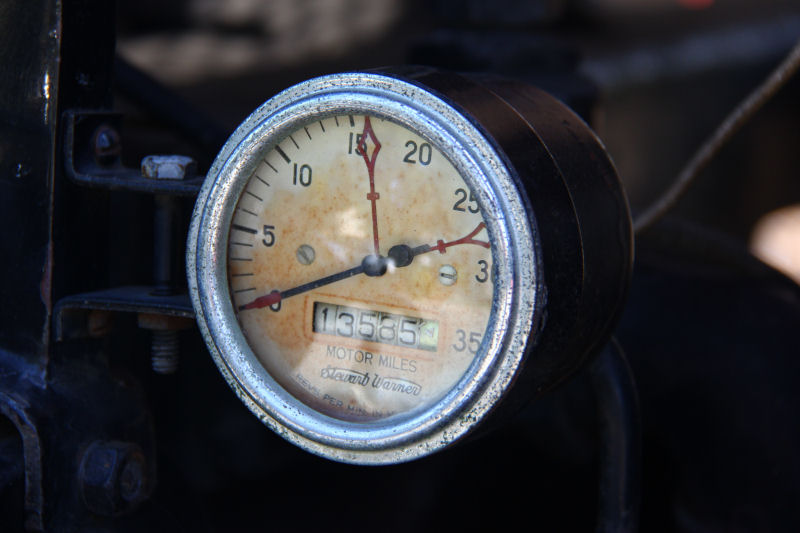 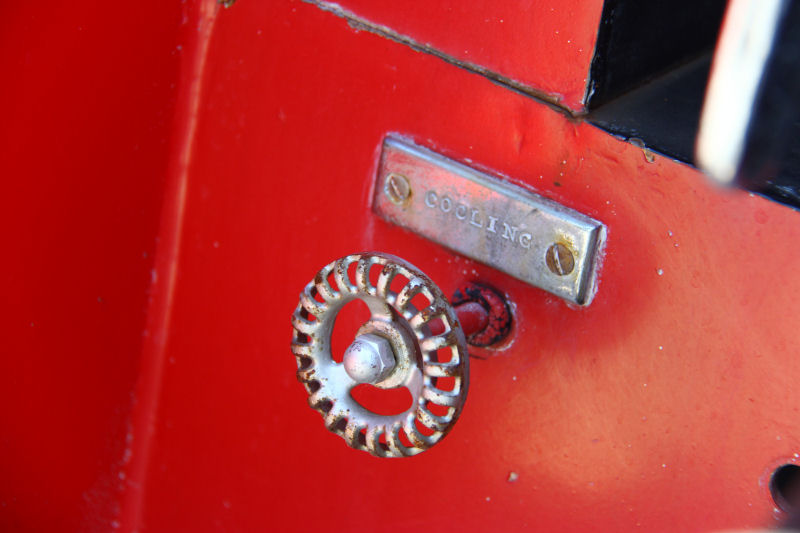 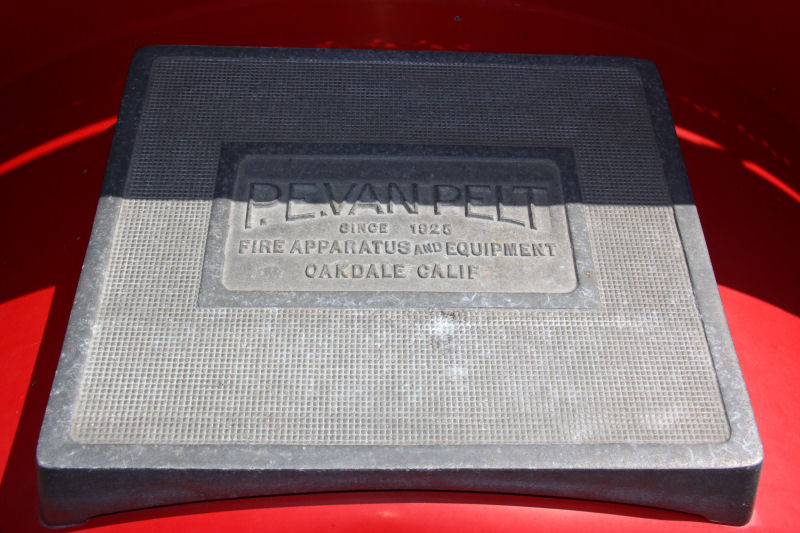 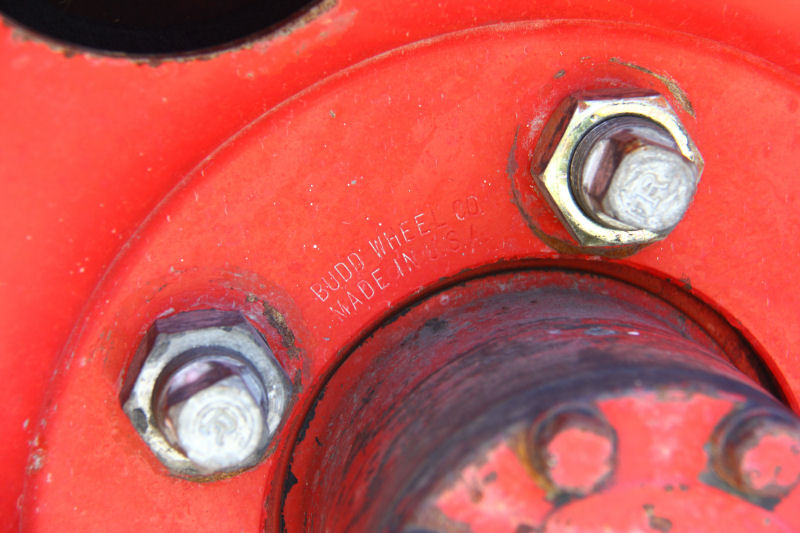 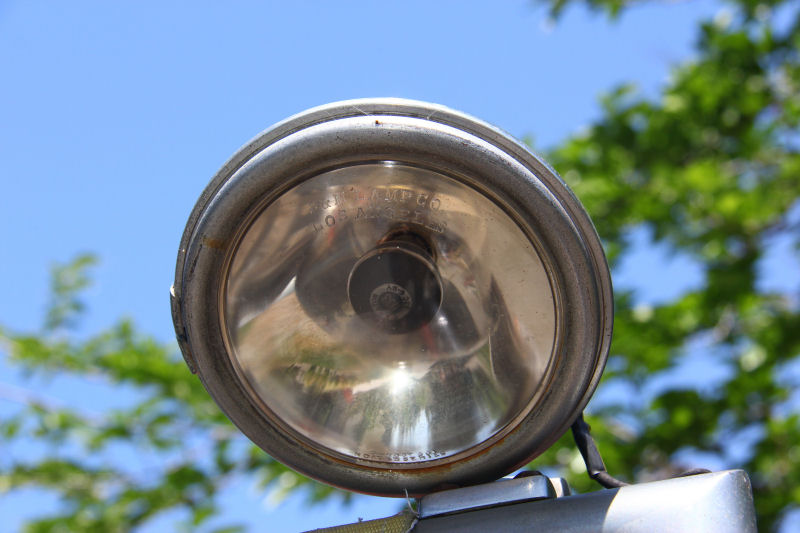 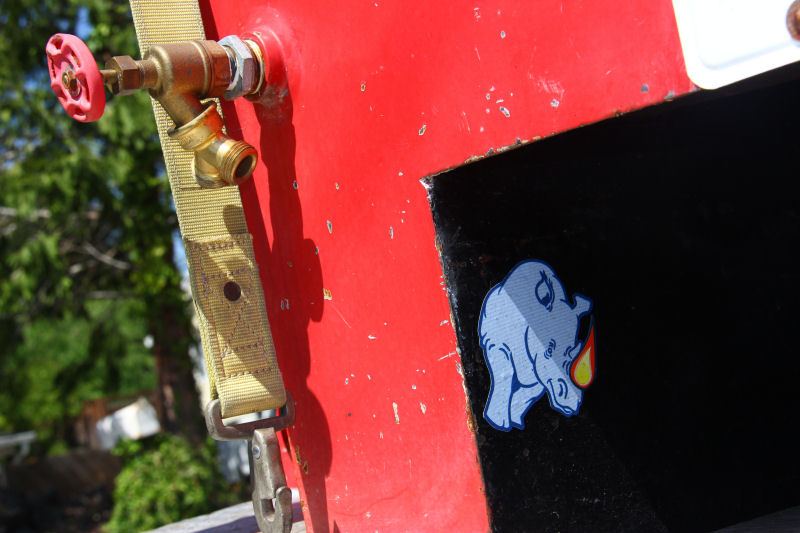 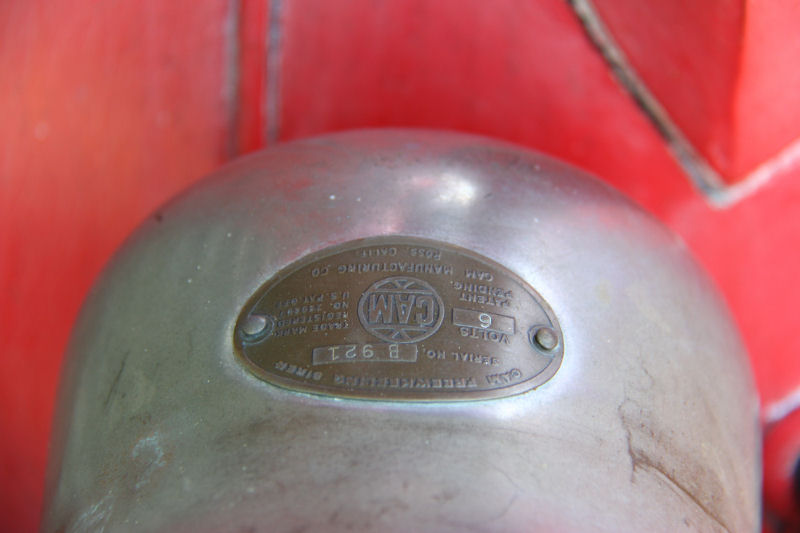 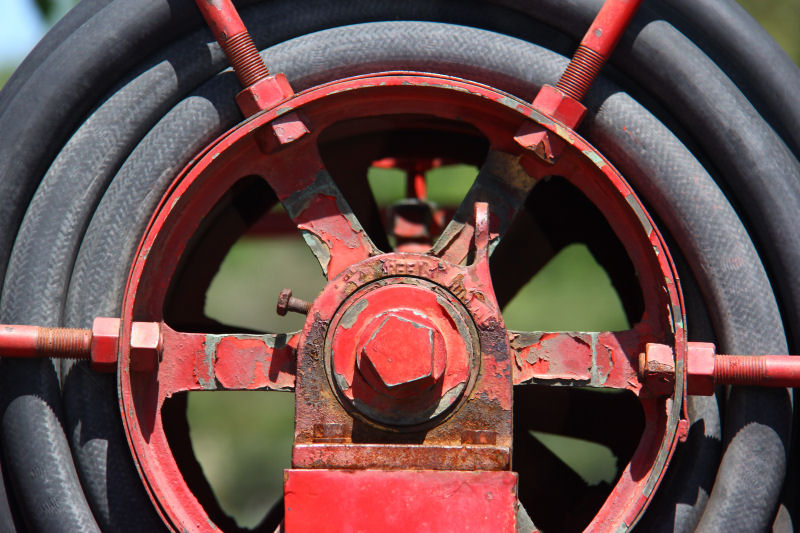 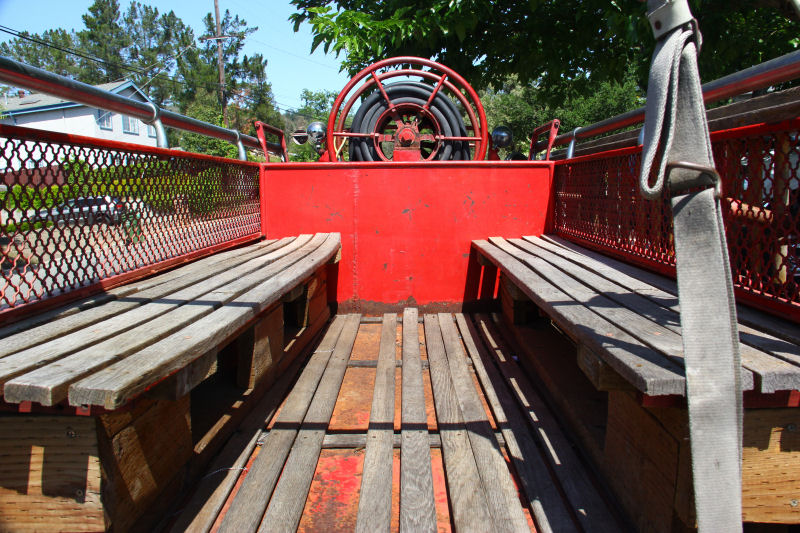 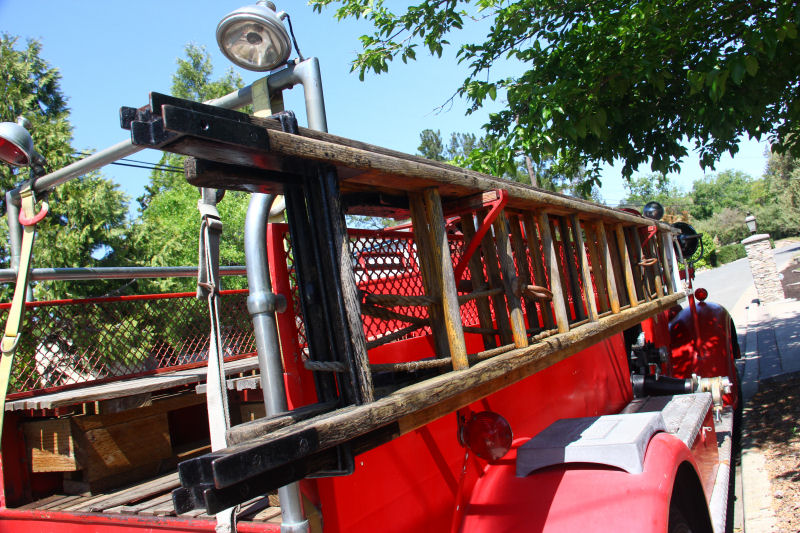 I narrowed this fire engine down to somewhere between 1937 and 1939 but I don't know the exact year. The base truck is a Dodge Brothers commercial chassis with fire pumper apparatus and body by P.E. Van Pelt of Oakdale, California. The company produced fire truck bodies from 1925 to 1987. The hood lettering indicates the truck once saw duty in Union City. It looks like it has almost all of its original equipment and only a few concessions to modern technology. I love all the old badges, plaques and labels. The Blue Rhino sticker on the back is curious and makes me wonder if it suggests something in this truck runs on propane.
It's been a while since I last saw this Dodge but I hope to see it at the parade again.

Photographed April 2015
Posted by Jay Wollenweber at 12:00 AM